Andreas Schelfhout is, alongside Barend Cornelis Koekkoek and Bart van Hove, one of the most important painters of the Romantic School. He painted summer and winter landscapes, beach scenes and some marines. He may even be considered one of the ‘re-discoverers’ of the beach scene in the 19th century. But it is his winter landscapes in particular that are most appreciated. Ice scenes by Schelfhout are amongst the most sought-after winter landscapes in Dutch art history. His lively compositions, with ice-skaters, koek-en-zopietentjes (old-fashioned food & drink stalls) and frozen barges are still very much loved. Although they are viewed in the Netherlands as typically Dutch, they are extremely popular internationally as well.

Schelfhout won important awards at exhibitions at home and abroad. Already during his life many museums and collectors bought his paintings. King Willem III of the Netherlands for example, who was a huge fan of his work.

No other cloud formation is so well-wrought as one by Schelfhout, no other ice-skater dances so smoothly across the ice. The refined use of light and colour are characteristic of his oeuvre. Also typical for Schelfhout’s winter landscapes are golden-yellow reed beds and homes in warm tones of brown, which contrast spectacularly with the wintery atmosphere. Sometimes his winter landscapes are graced by powerful, warm red colours of the evening sun. And the ice itself, difficult to depict due to its natural properties, looks cold, hard and extremely slippery. He positioned elements important to the composition on one third of the surface to create more suspense. Every detail showcases the virtuosity of Andreas Schelfhout.

Andreas Schelfhout continued developing his style throughout his entire career. Whereas in his earlier work he emphasised the extensiveness of landscapes and the atmosphere, he later gave more attention to figuration, without it leading to extravagance. Schelfhout also went on to use diagonal lines to animate his compositions, an element that was later widely adopted by his students. Although his career started relatively late Schelfhout’s influence on the younger generation of painters has been unprecedented. He taught many students. Several of them became well-known artists themselves, such as Wijnand Nuijen, Johan Barthold Jongkind, Charles Leickert, Jan Willem van Borselen, Lodewijk Johannes Kleijn, Johannes Franciscus Hoppenbrouwers and Margaretha Roosenboom.

Paintings by Andreas Schelfhout in the collection of Kunsthandel Bies: 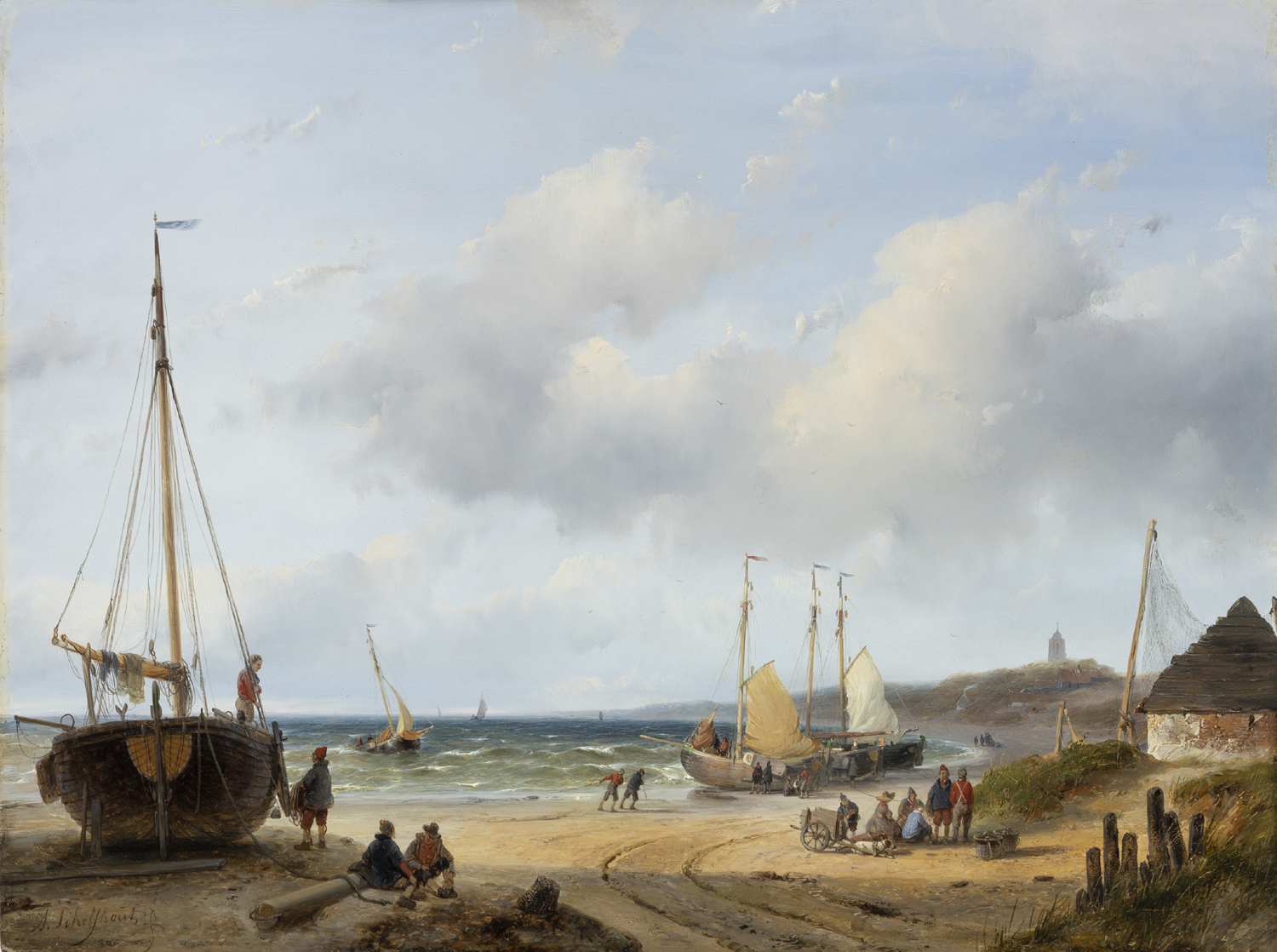 A beach scene with fishing boats and figures A sunny landscape of the river Vliet near The Hague 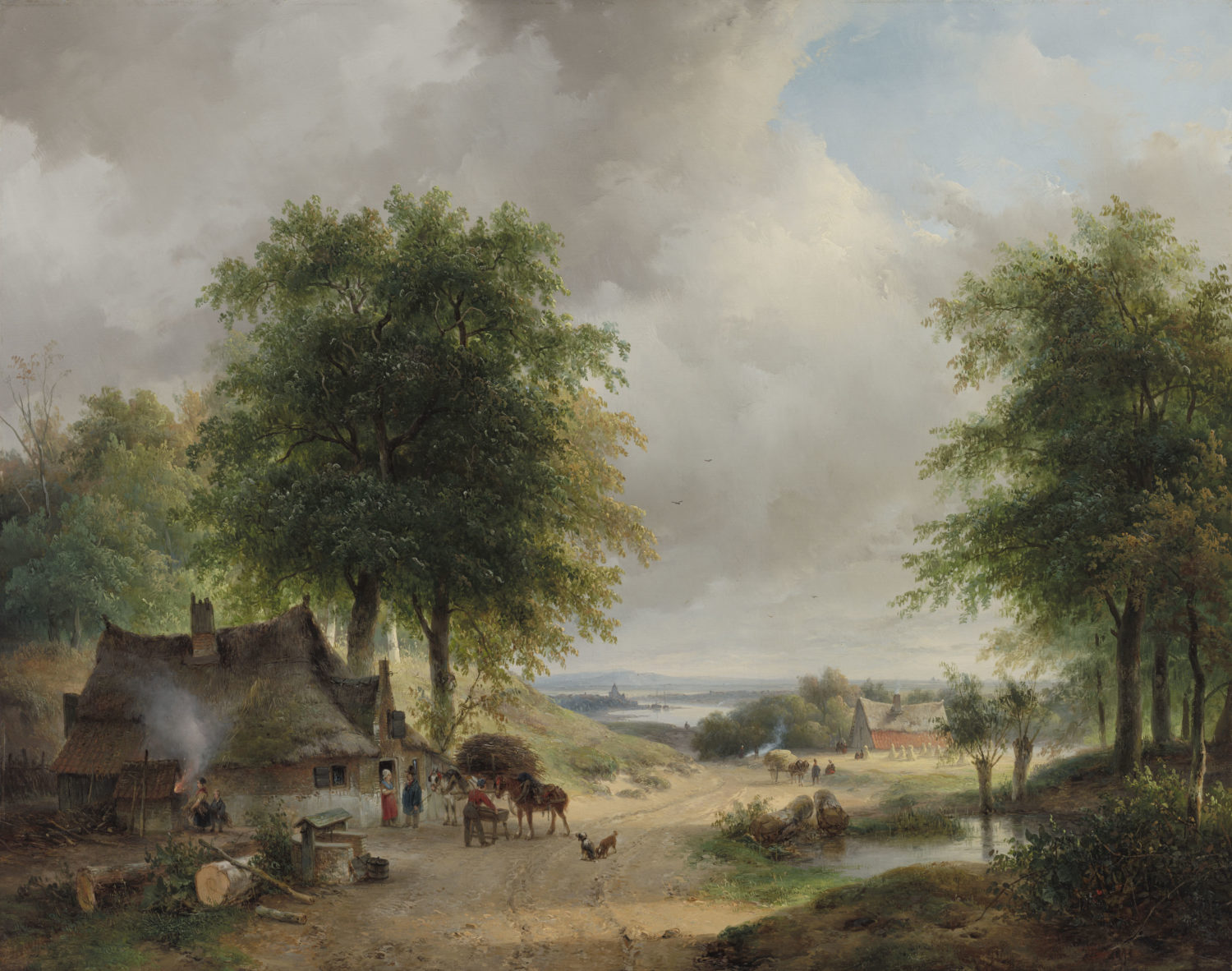 An extensive summer landscape with figures near a house Winter landscape with skaters near a bridge 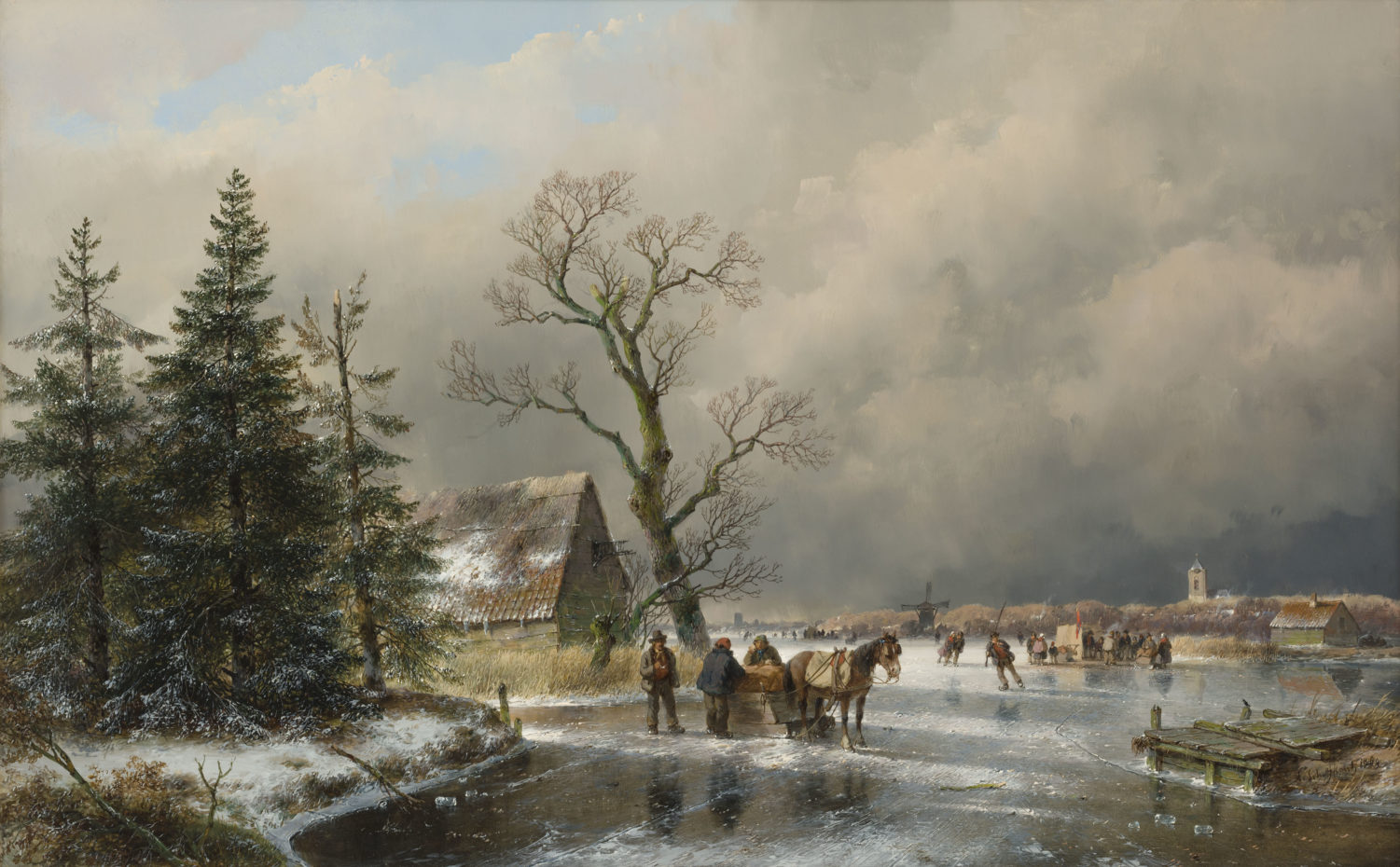 A river landscape in winter with a ship on the ice