Charles Leickert was born in Brussels and studied at the academy in The Hague. He was also taught by Bart van Hove and Wijnand Nuijen, but was influenced most by Andreas Schelfhout. It was the period of the Romantic School and these teachers were amongst its most prominent representatives. Compared to elsewhere in Europe, in the Netherlands Romanticism was approached differently. Grotesque, exotic and mystical elements like imposing waterfalls or cloyingly sweet skies were mostly lacking. Instead of working from a nostalgic desire for distant places the Dutch painters wanted to depict the beauty of their own environment. This resulted in detailed and atmospheric paintings of attractive towns and untouched Dutch landscapes with windmills and rivers. 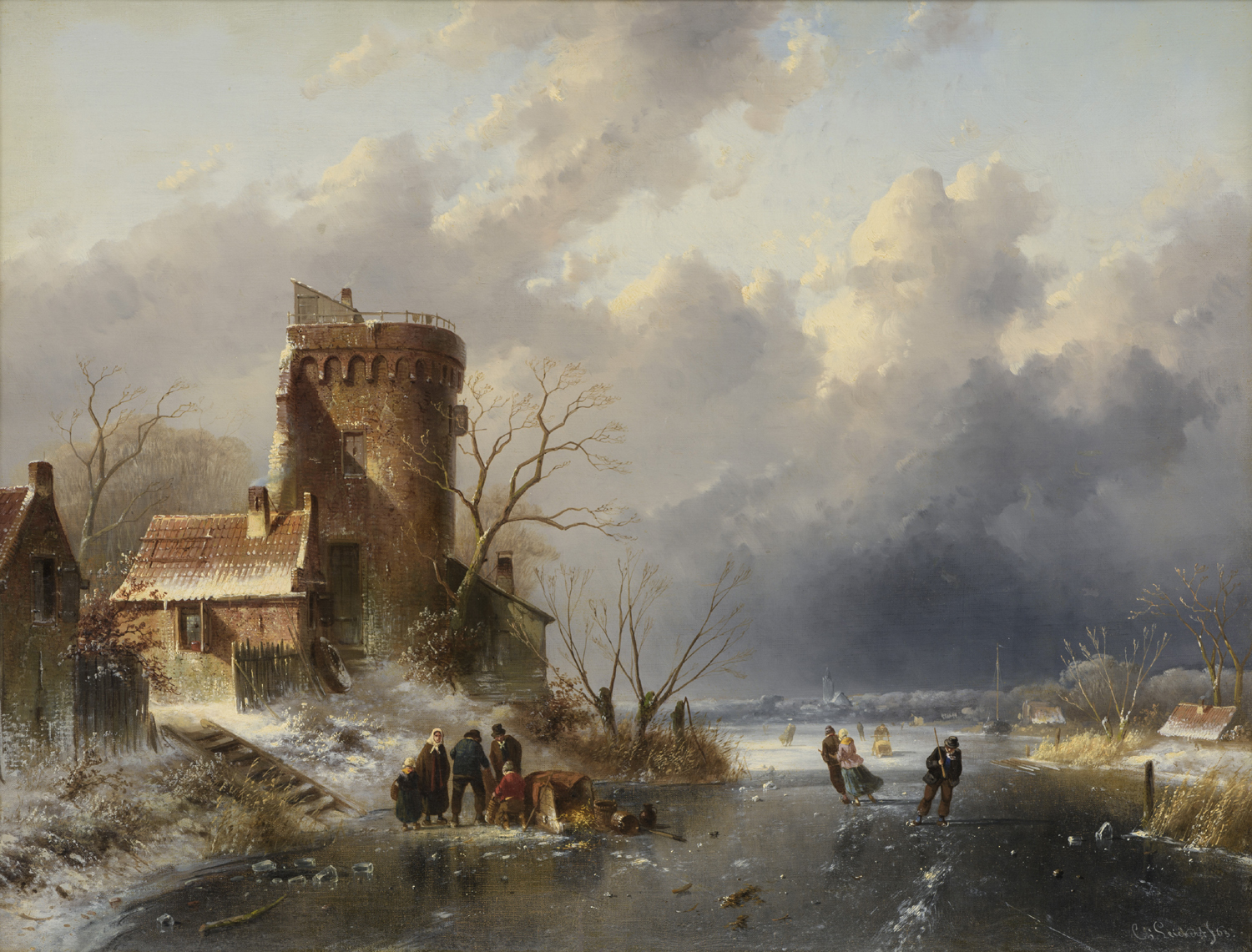 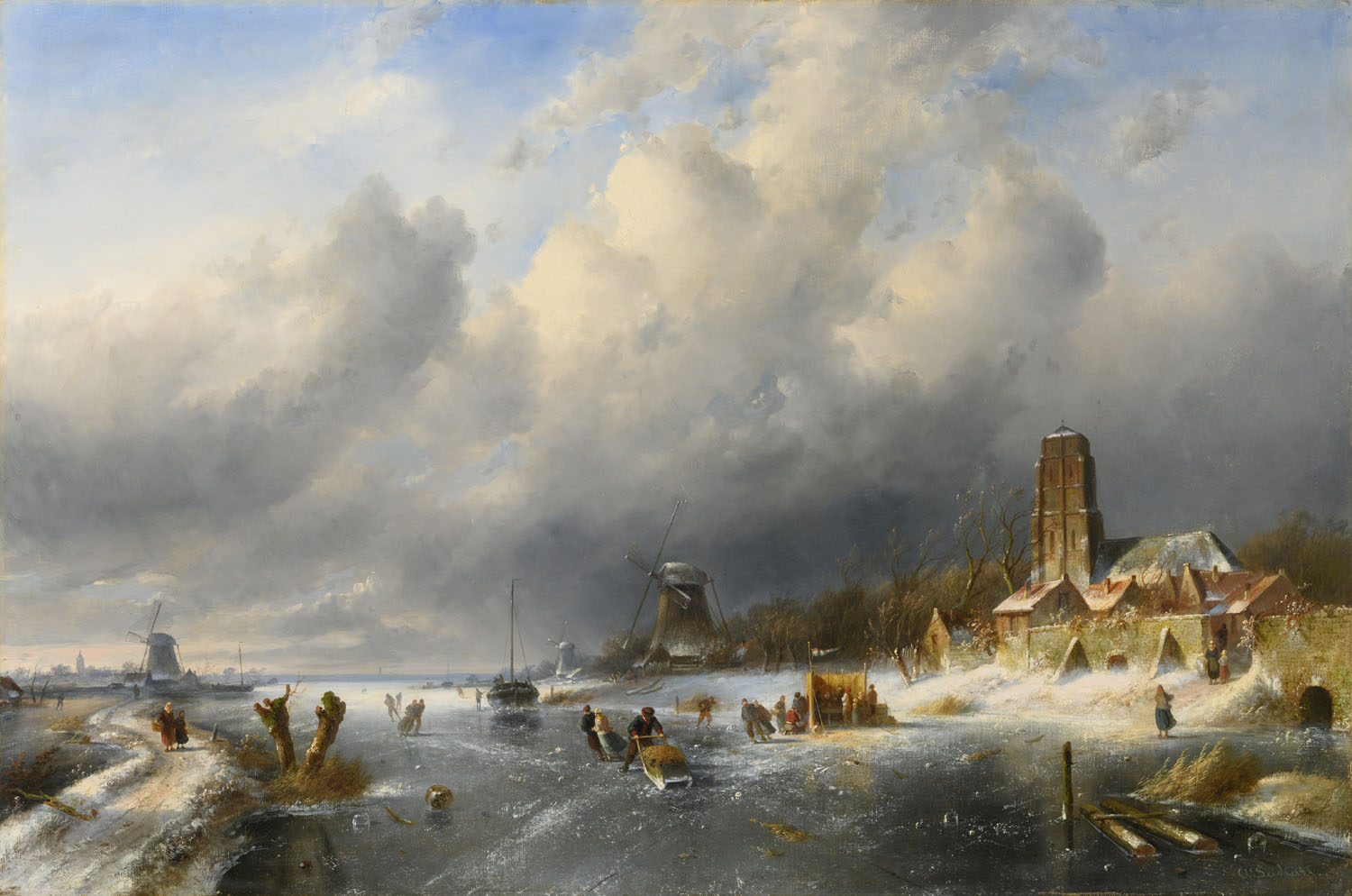 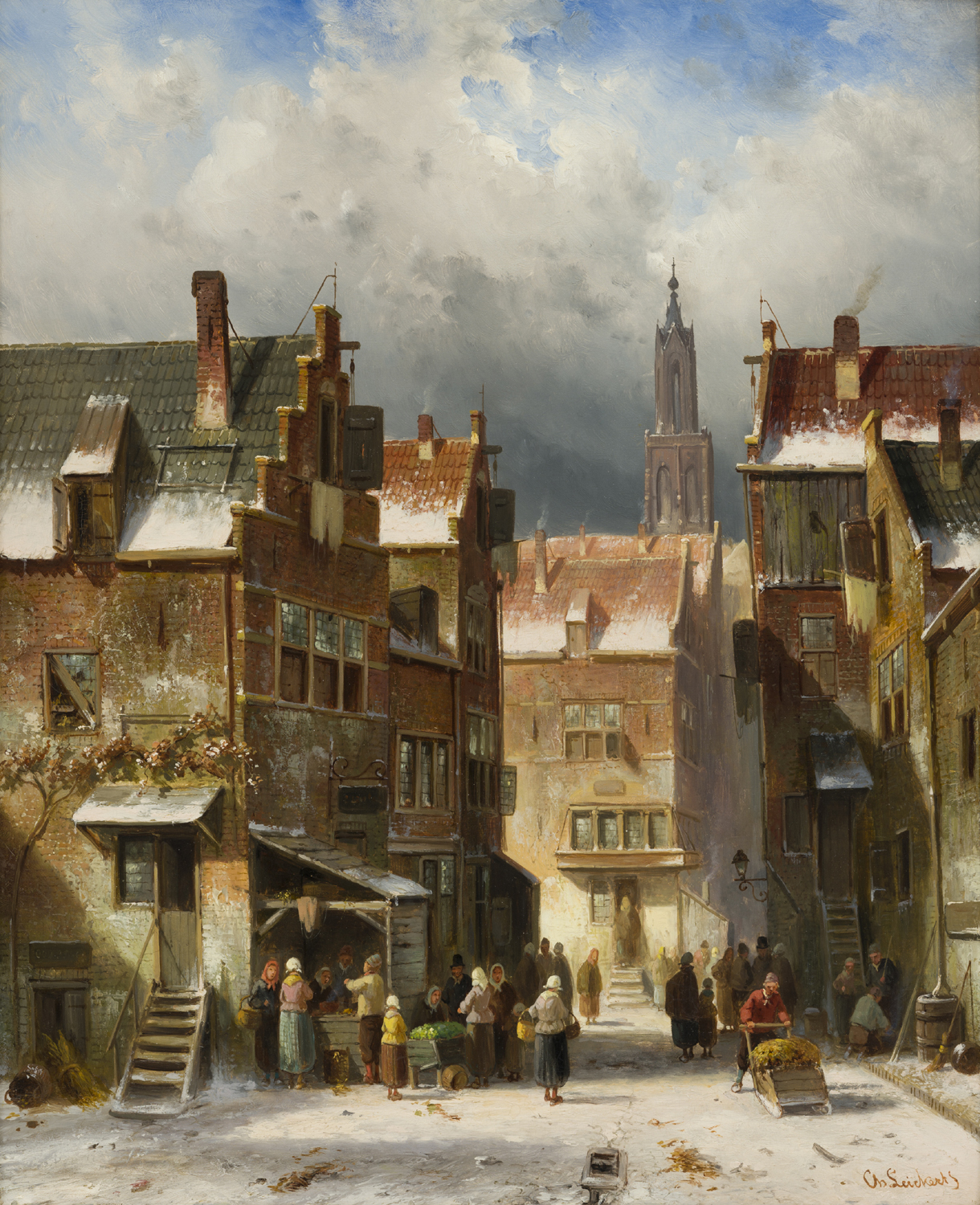 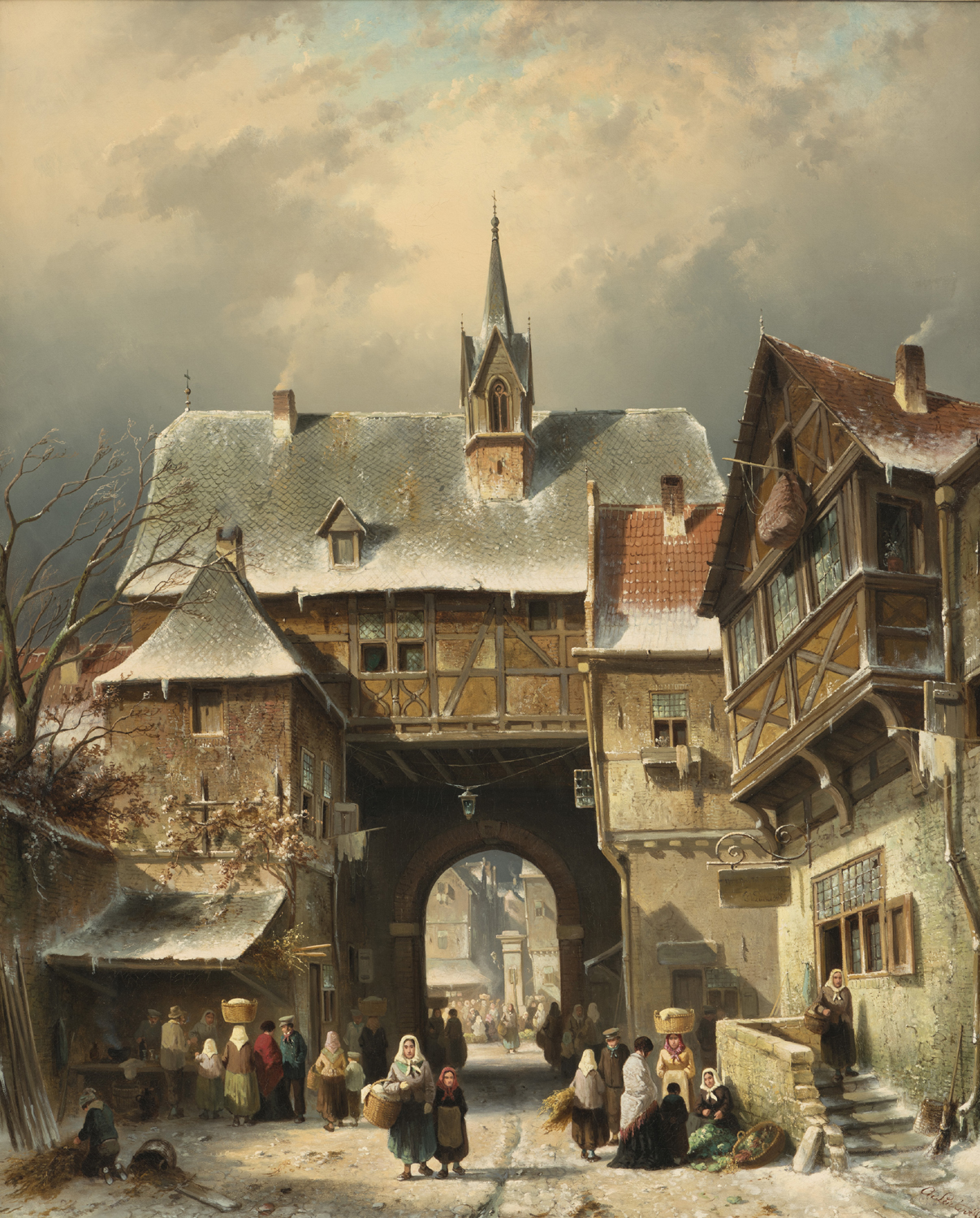 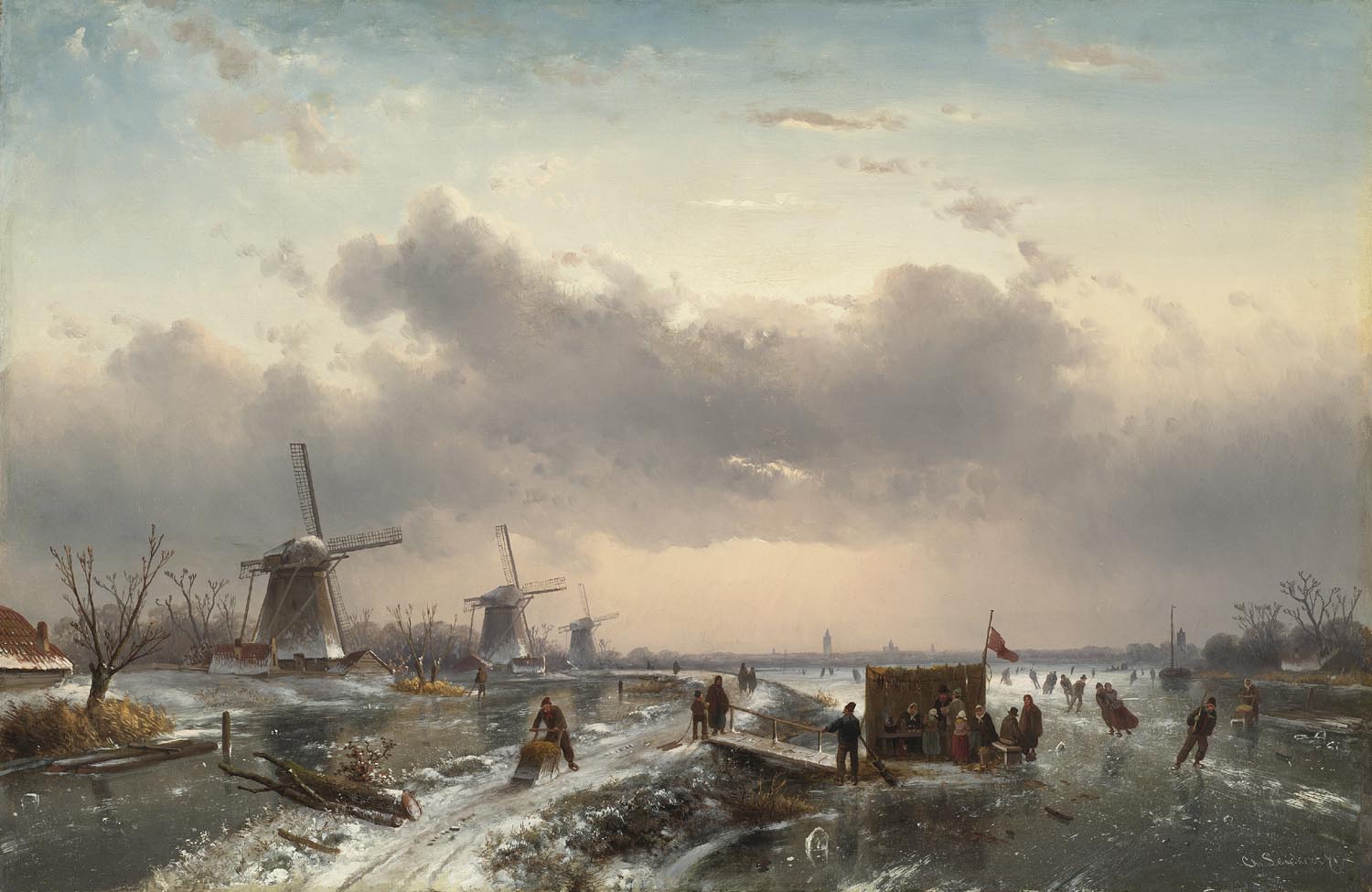 A Dutch winter landscape with windmills, a ‘koek-en-zopie’ in the foreground 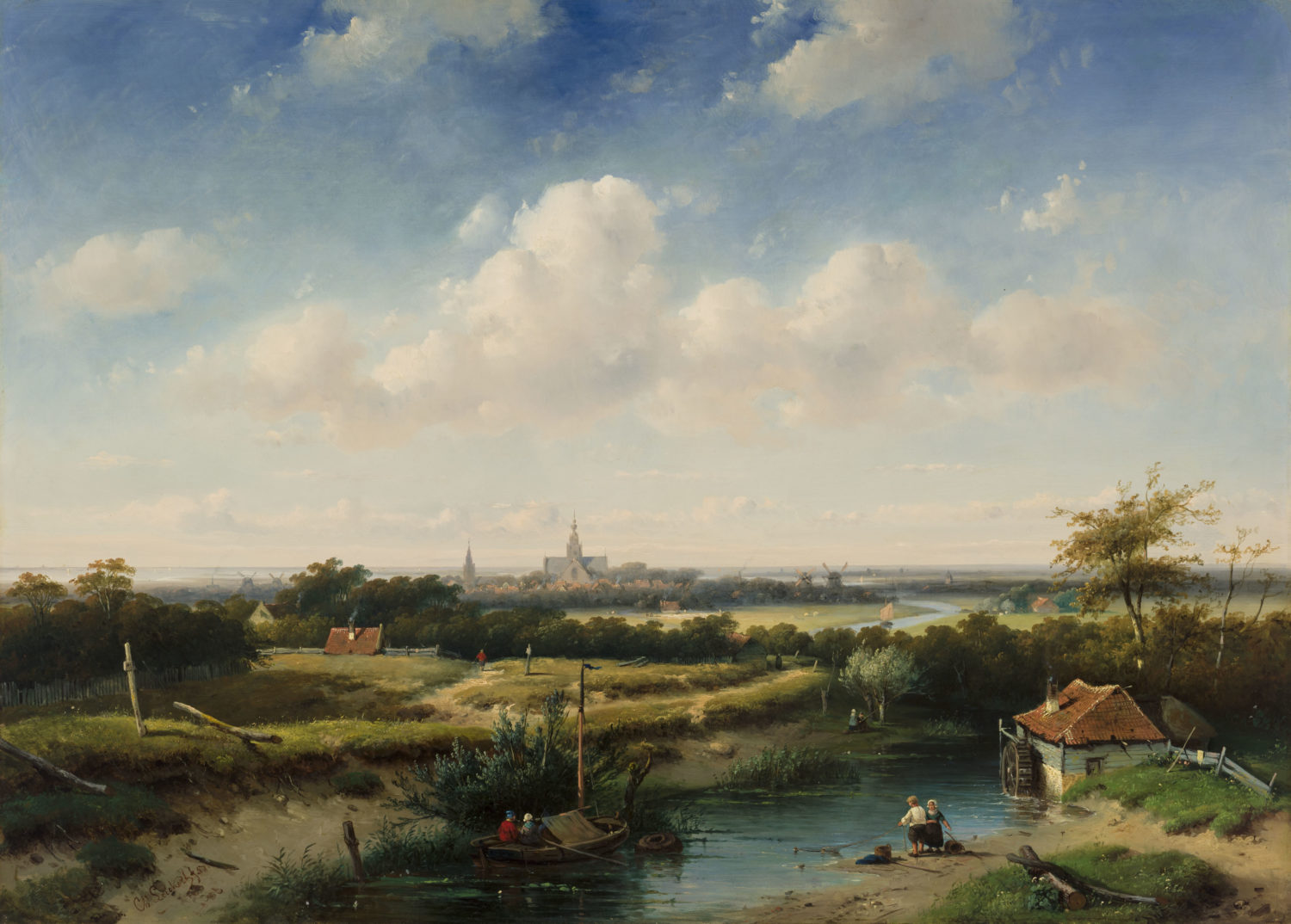 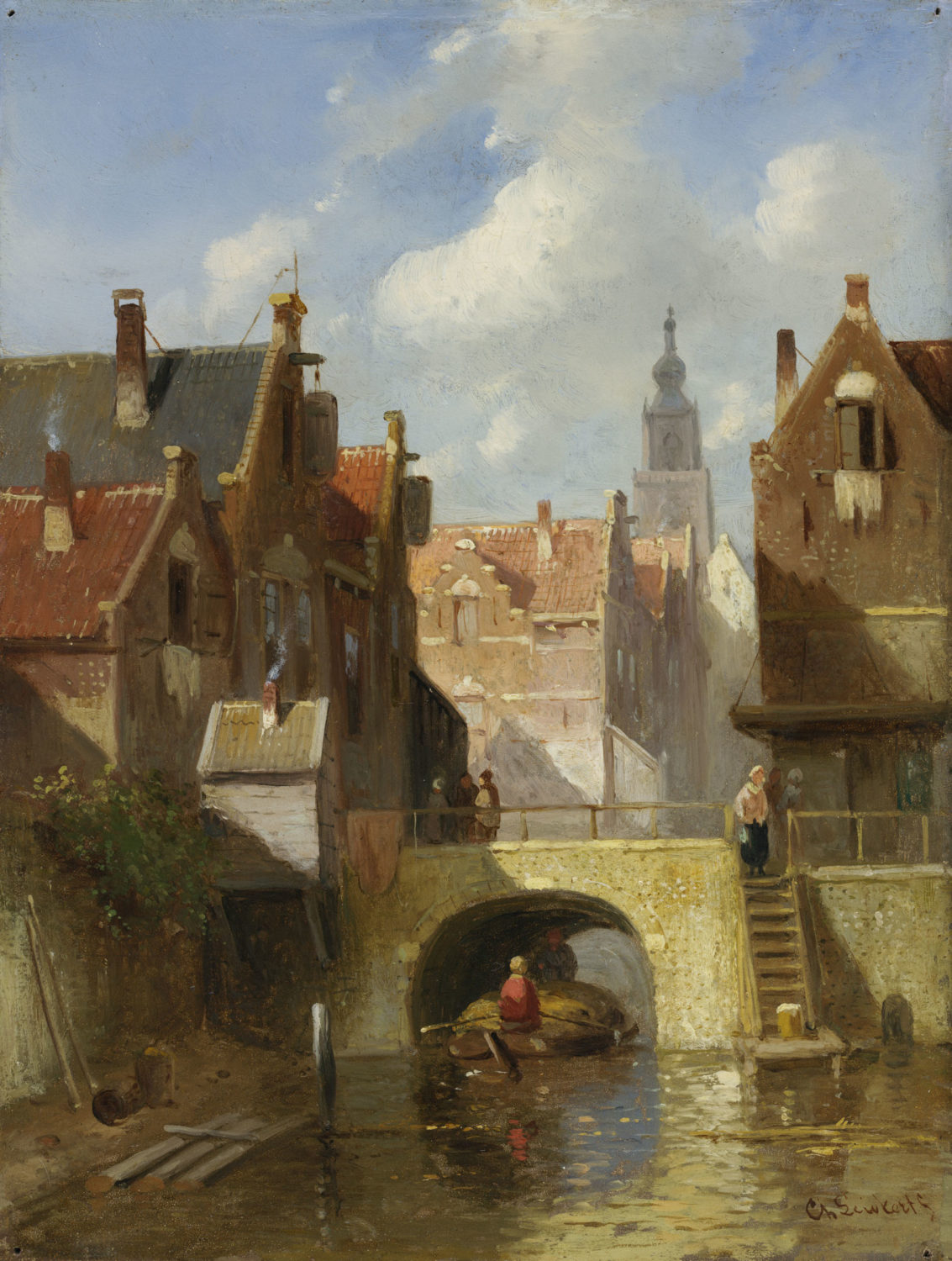 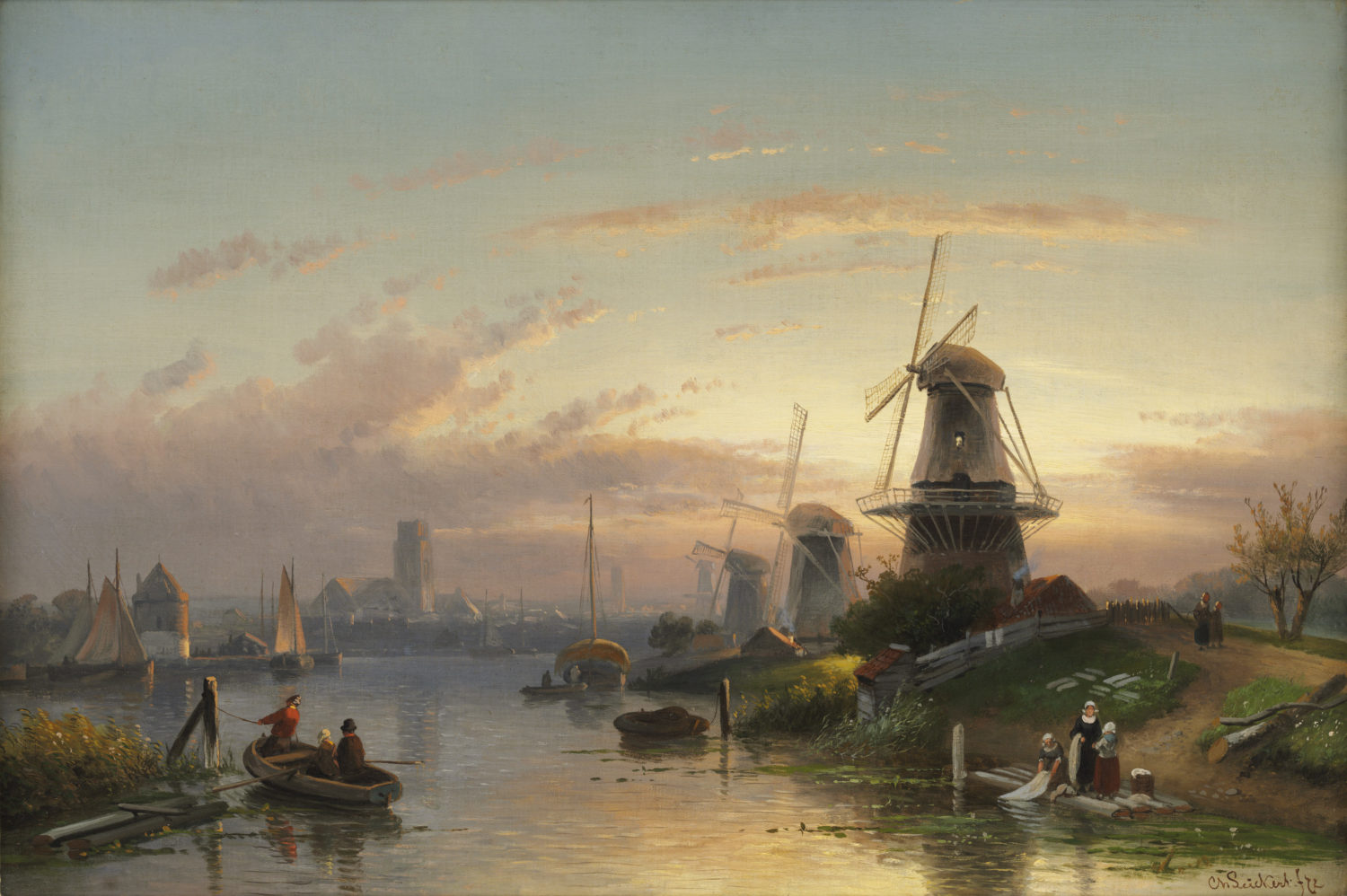