Mari ten Kate grew up in an artistic environment. His father Lambertus built a comprehensive art collection and he was also active as an amateur painter. However, most influence on Mari’s artistic development came from his nine years older brother Herman ten Kate. He had a strong reputation as a painter and taught Mari the basics of painting. Subsequently, Mari studied at the Art Academy of The Hague.

Althought both brothers had a special interest in genre paintings, which show scenes from daily life, their choice of subject was rather different. Where Herman ten Kate specialised in tavern interiors and military scenes with card playing, drinking and arguing soldiers, Mari chose more charming and intimate scenes. Apart from painting landscapes, hunting and beach scenes, Mari ten Kate emerged as a painter of children. He painted in a refined, Romantic style and paid much attention to detail. His brother Herman taught him the importance of making preliminary studies before beginning with a painting or watercolour. Therefore there are numerous drawings of playing children in various situations: riding a sleigh, throwing snowballs, ice skating, making fire, or playing with a ball. He also made many drawings of popular pet animals to study those, as he would often include them in his paintings.

Mari ten Kate was very succesful as an artist, both among Dutch collectors and abroad. The vogue for genre painting devoted to themes of childhood increased markedly in the Victorian era. He found a ready market for his pictures amongst British collectors. His compositions also became widely accessible through engraved reproduction.

Paintings and watercolours by Mari ten Kate in the collection of Kunsthandel Bies: 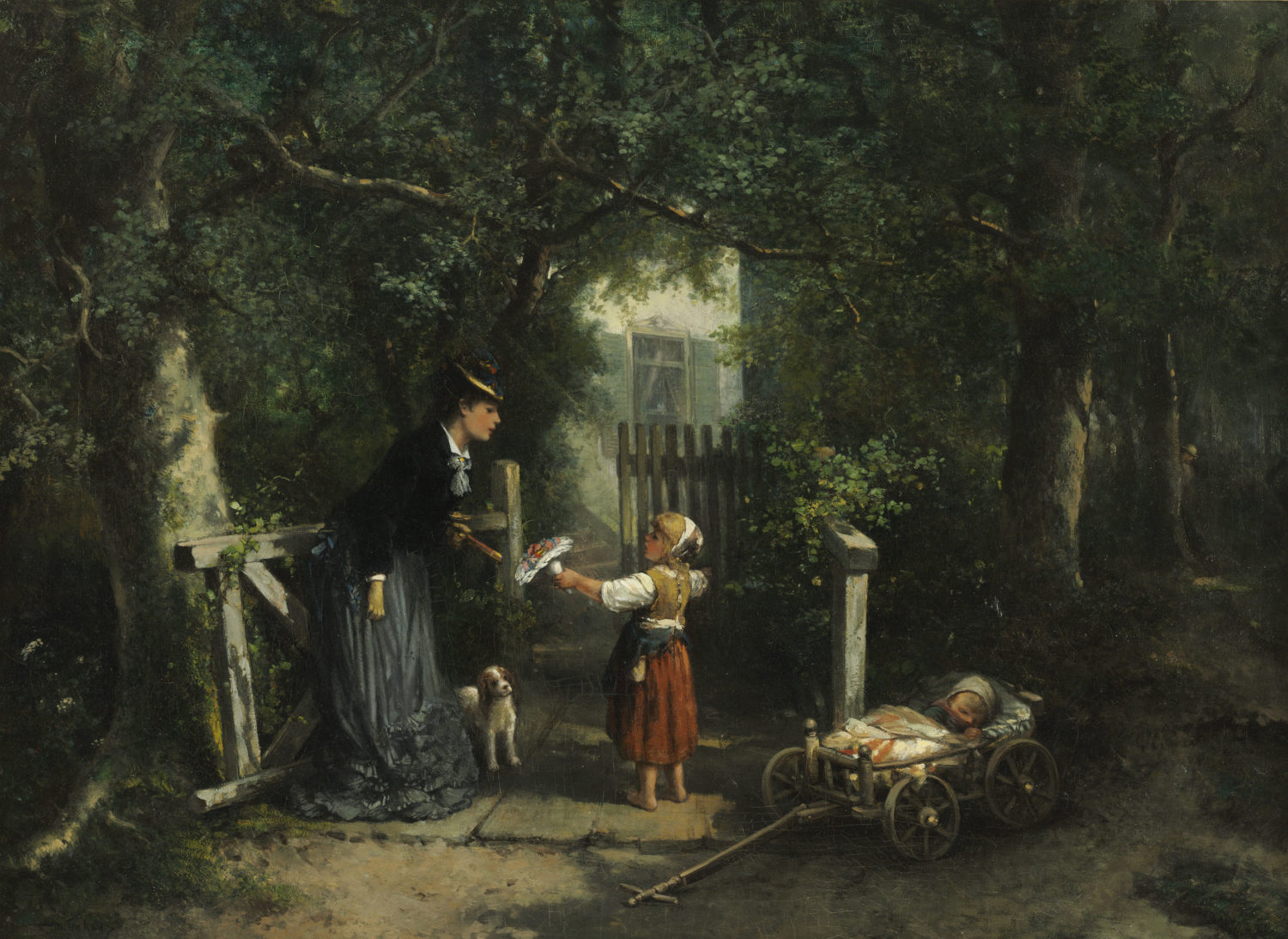 A hunting scene in the dunes 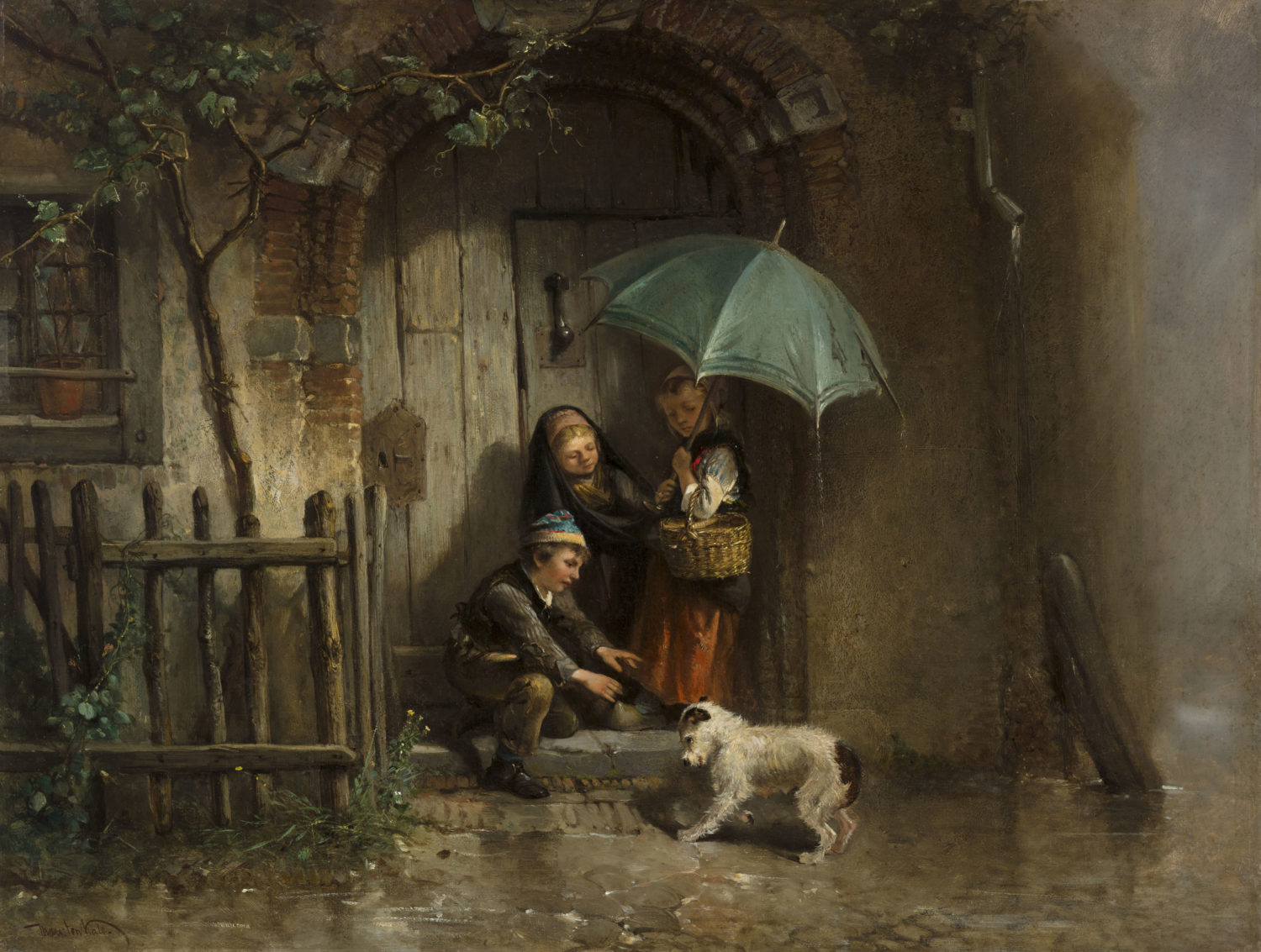 Children taking shelter from the rain 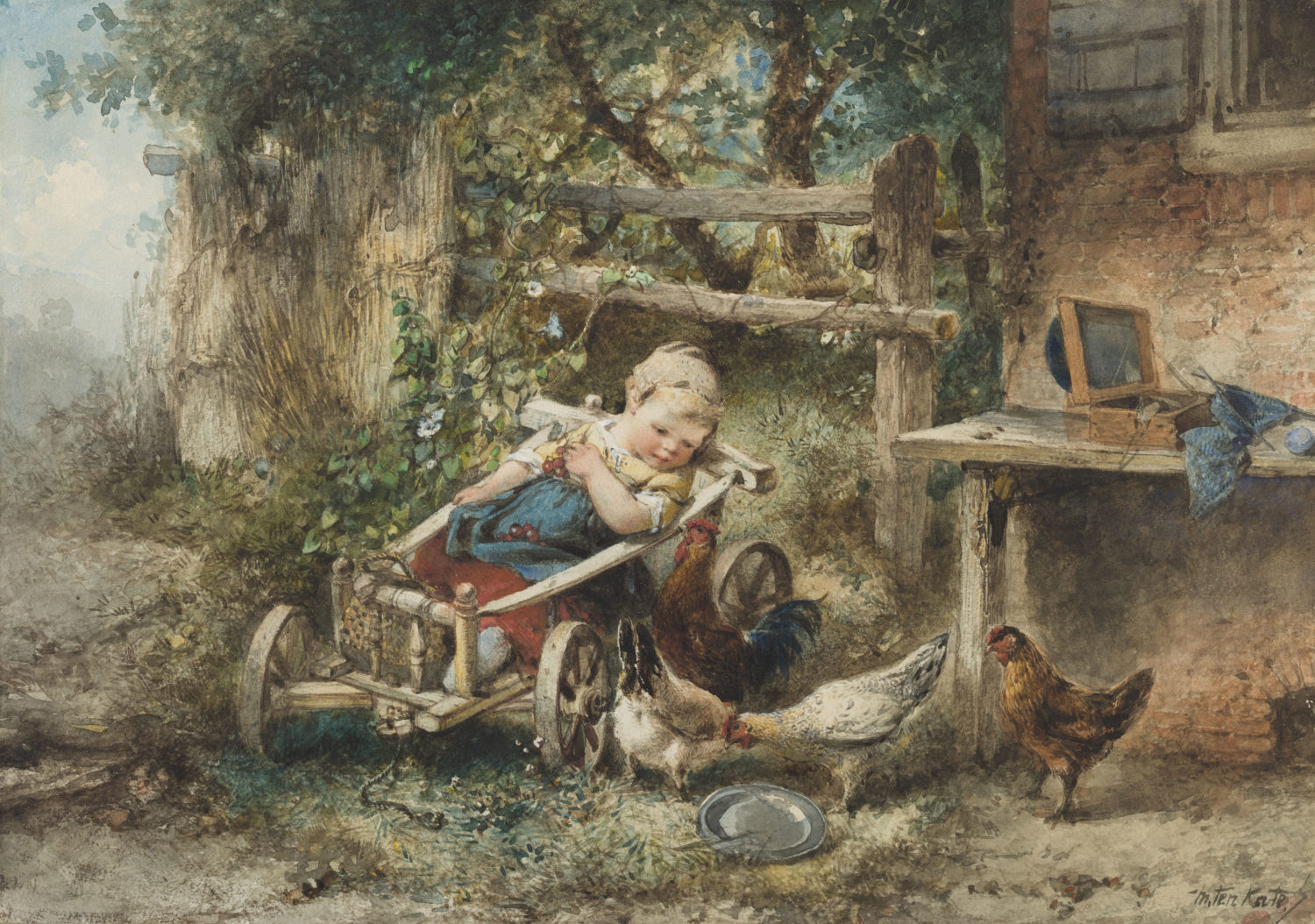