Johannes Warnardus Bilders is viewed as the man who discovered Oosterbeek, a small town in the Veluwe that would become an important painters’ village. Because Bilders loved nature and preferred painting landscapes, he decided to leave his birthplace Utrecht and move to Oosterbeek in 1841. Bilders enjoyed the variety of the landscape there. He liked to paint beneath the mighty old oaks, in the fields near Wolfheze, near the castle Doorwerth, near Renkum and near Beek, which is close to Nijmegen. He liked to work en plein air and made quick studies of twigs, stones, trees and plants in charcoal. Romantic elements gradually disappeared from his works and his depiction of nature became more realistic. With a looser stroke he focused on light and atmosphere, using sober green and greyish brown tones.

Although Bilders’ own reputation as a landscape painter stayed relatively modest, he did have a key position within a group of young, influential artists. Constant Gabriël, Anton Mauve, Willem Roelofs and the Maris brothers much enjoyed visiting Bilders’ house. They were drawn to his colourful personality and his enthusiasm. He was a great storyteller and pointed out to the young painters the grand impressions nature left on him. He encouraged the youngsters to leave romantic painting traditions behind. And he told them to take in impressions from nature and to find their own way to portray this on canvas. The young men would later become the most important painters of the Hague School. Bilders was in this respect an important source of inspiration and Oosterbeek became an important village in the emergence of the Hague School. Comparable developments in painting had taken place in the French town of Barbizon and from 1860 Oosterbeek was sometimes called Dutch Barbizon.

The cheerful Bilders also had some tragedy in his life. In 1861 his first wife passed away. Four years later his son Gerard Bilders (1838-1865), who was also a painter, died and shortly afterwards it was his daughter Caroline. In 1880 his life took a new positive turn when he met Marie Philippina van Bosse. First she was his student and she would later become a close friend and eventually Bilders’ second wife.

Paintings by J.W. Bilders in the collection of Kunsthandel Bies: 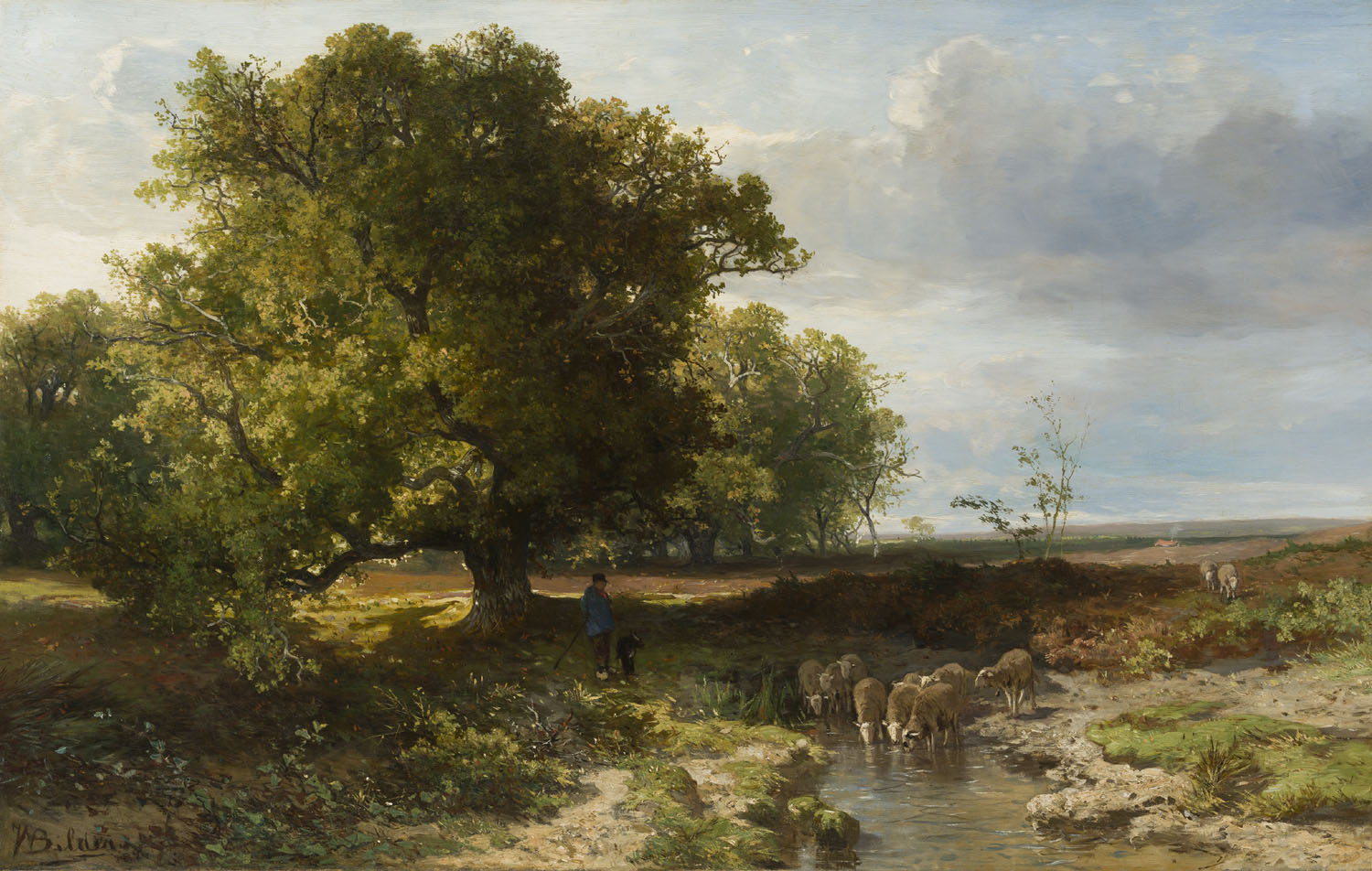 Summer landscape with a shepherd and his flock 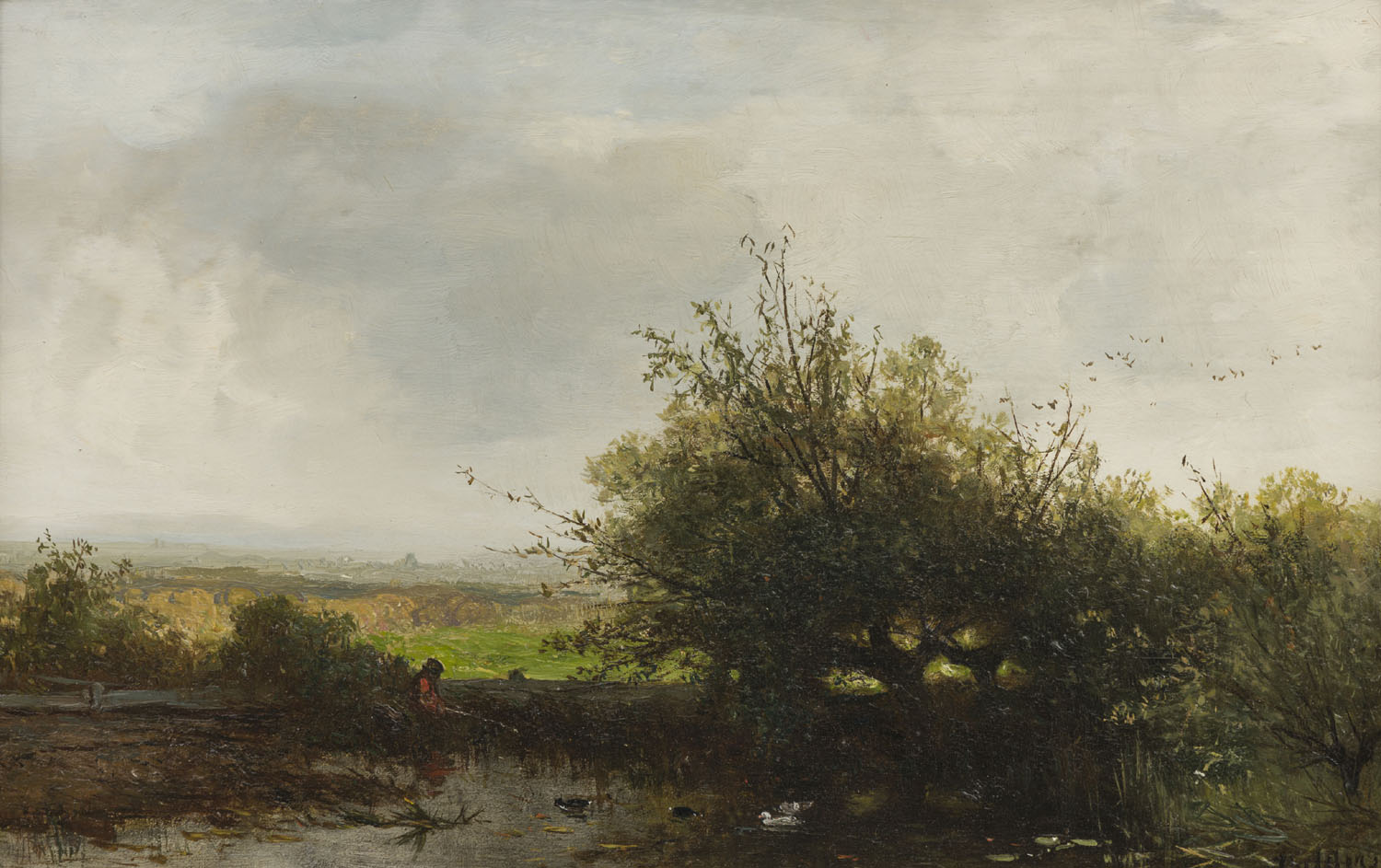 A landscape with an angler