From the beginning of his career Wouterus (also called Wouter) Verschuur specialised in animal compositions with a strong preference for horses. He worked a great deal in Gelderland and Brabant, but he also painted in Switzerland, the South of France and Germany. During his life he was not only famous in his own country but he also sold his work to many foreign collectors. Emperor Napoleon III of France for example acquired one of his paintings at an important exhibition in Paris in 1855. Verschuur won various gold medals at other exhibitions. Moreover, he was officially awarded the title of Officer of the Order of the Oak Crown in 1862 by King Willem III of The Netherlands in appreciation of his work.

Nowadays Verschuur is considered the most important Dutch painter of horses in the 19th century, which is why his works are also very much in demand on an international level. He painted with feeling for composition and for the effect of light. With unique skill and precision, he portrayed the anatomy of the animals. He painted workhorses, harness horses, draught horses as well as elegant thoroughbreds. Verschuur portrayed them against a background of a landscape or the familiar environment of a horse stable.

Wouterus Verschuur was a typical Romantic painter. He emphasised the beauty of the horse. Impressionists like George Hendrik Breitner and Anton Mauve often painted thin draught- or carthorses. In comparison, the noble four-footers by Verschuur generally look well fed and well proportioned.

For centuries, horses have been portrayed in paintings, also because they fulfilled such an important social function. In the past, mankind was very dependent on horses and used the animal for all kinds of purposes. For example, horses were not only used for the transport of goods and persons, but were also deployed on the land, on the battlefield and for hunts. In the Netherlands, they were also used to pull boats.

Paintings by Wouterus Verschuur in the collection of Kunsthandel Bies: 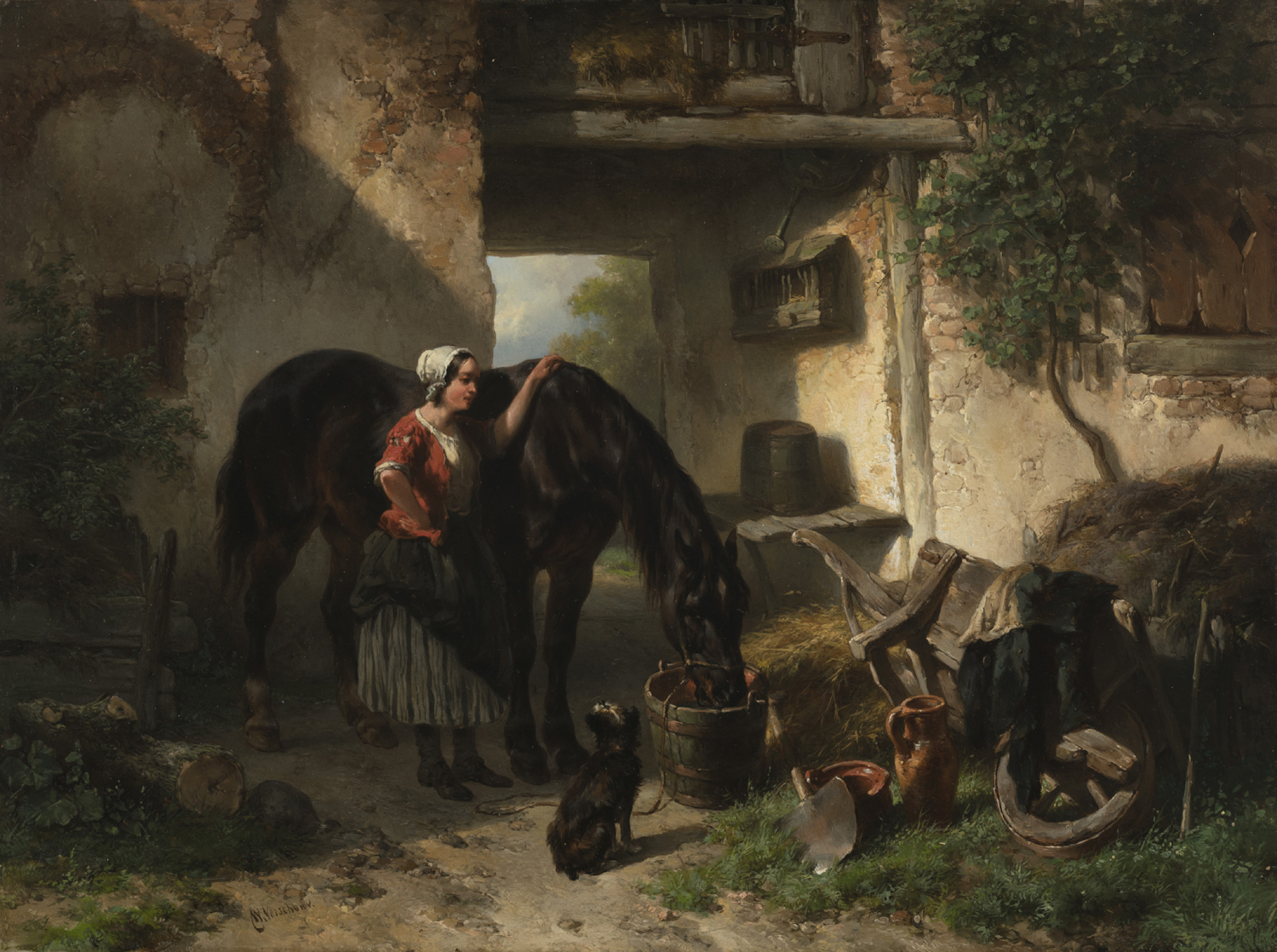 A young woman with a drinking horse 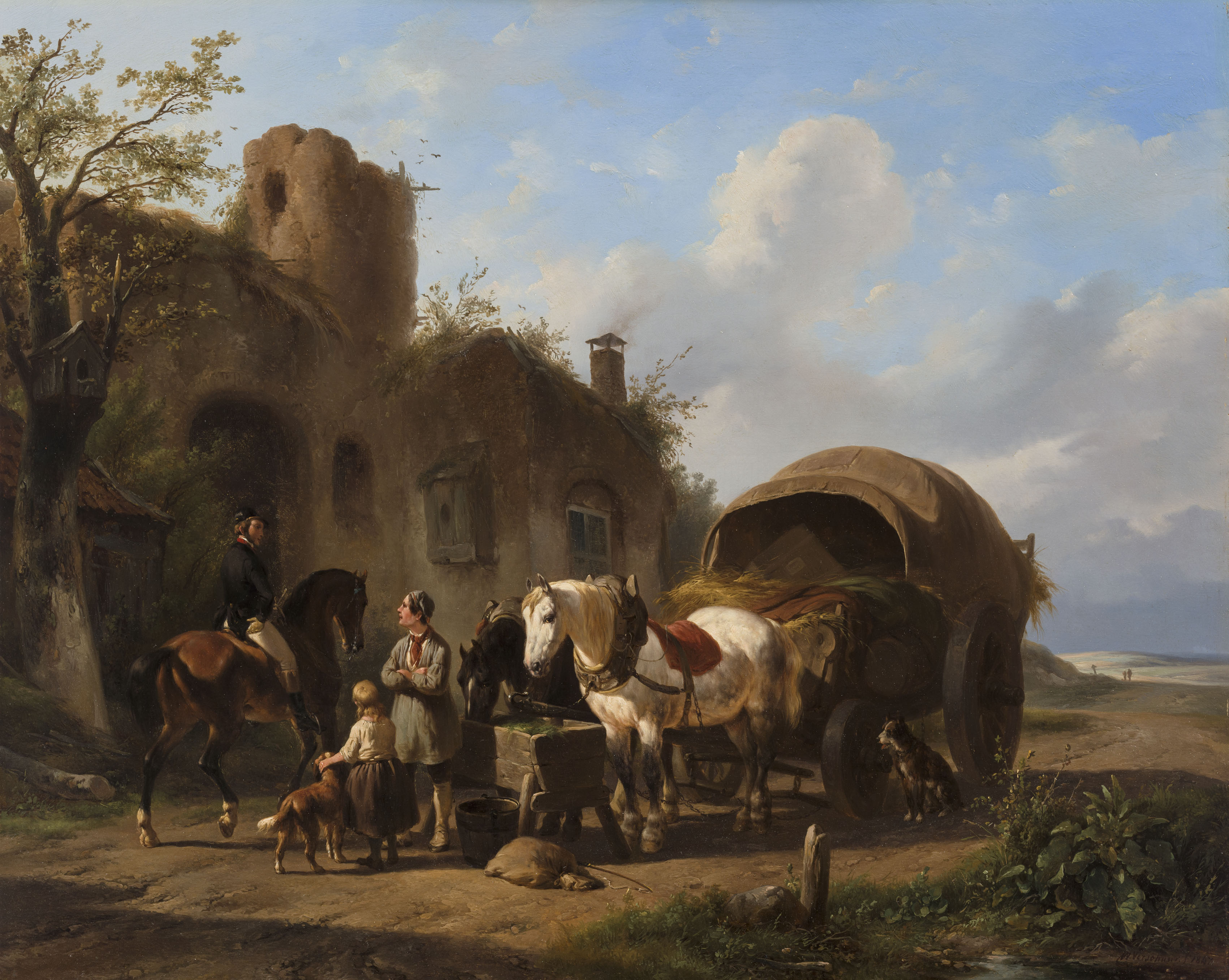 Horses and figures in a courtyard 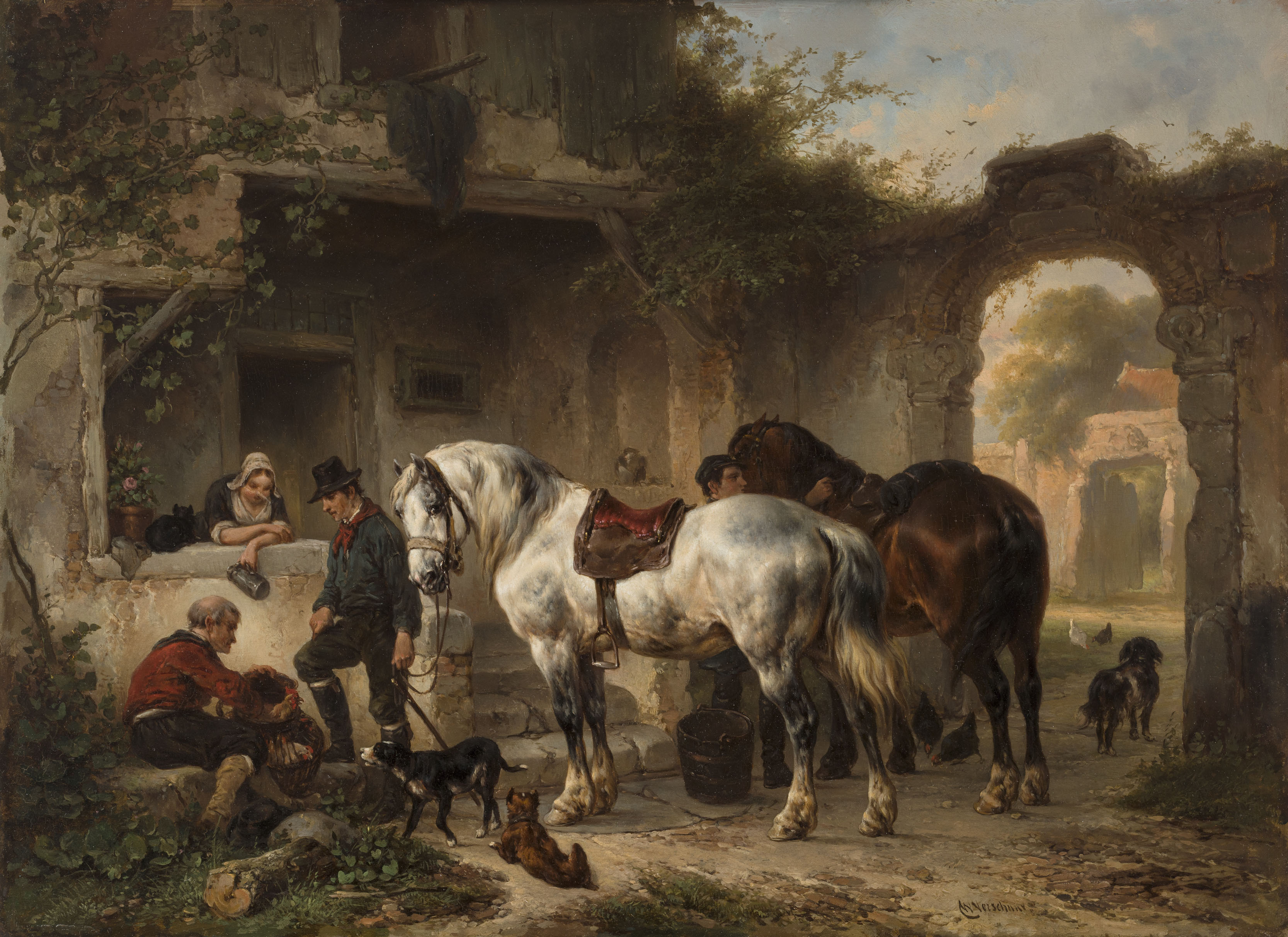 Horses and figures resting outside an inn 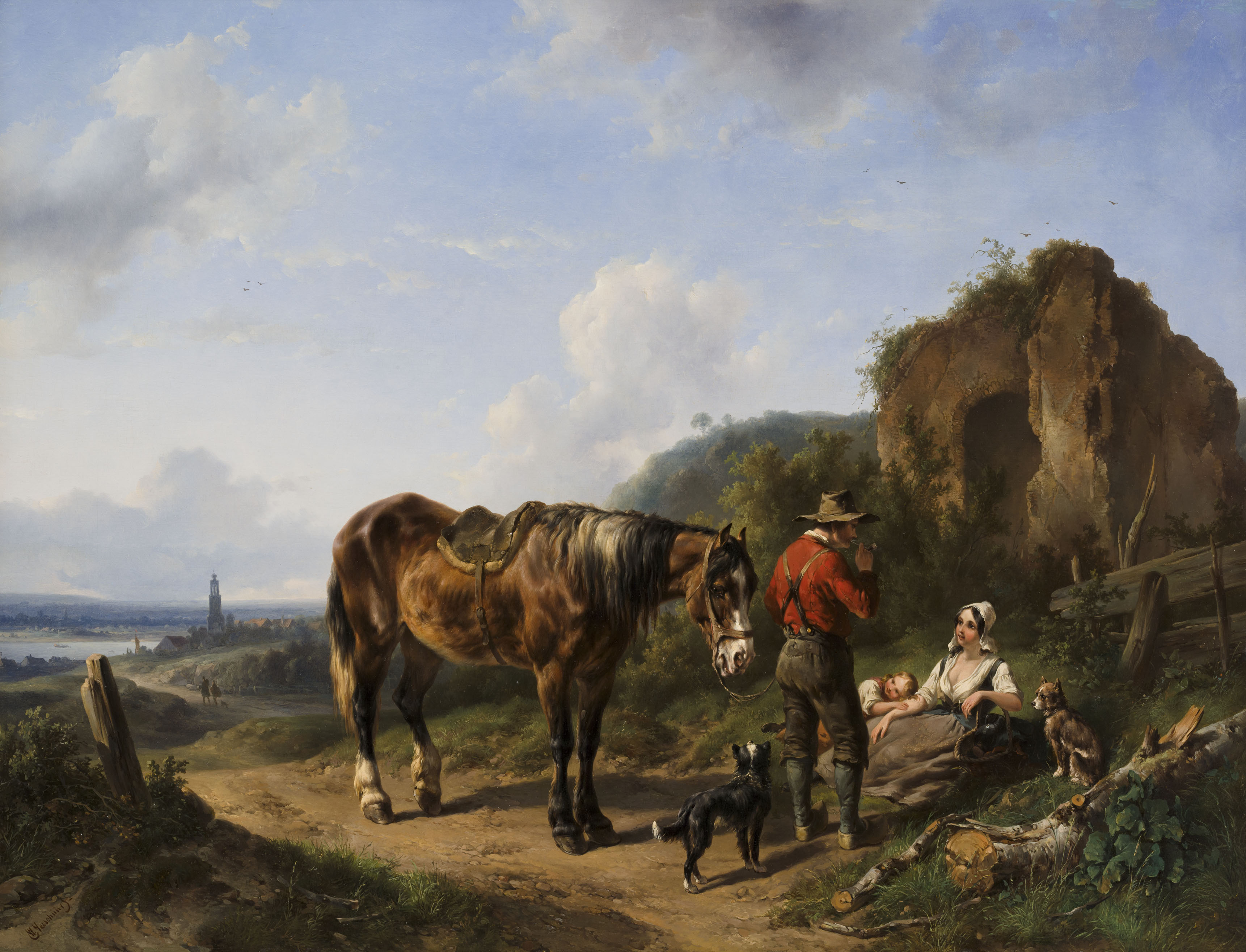 An extensive landscape with resting figures and a horse 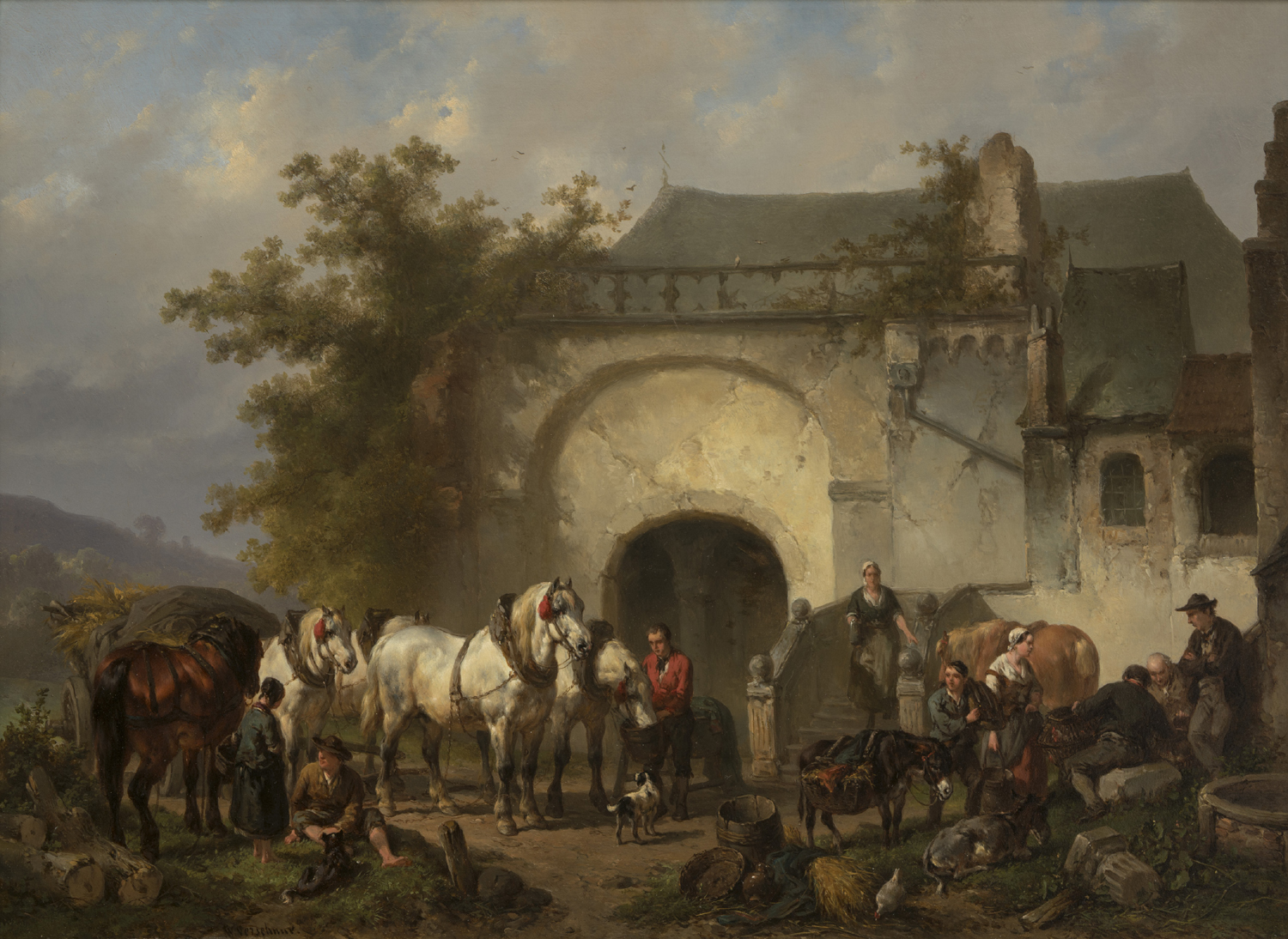 Xanten, horses and figures near the St. Michael’s Chapel 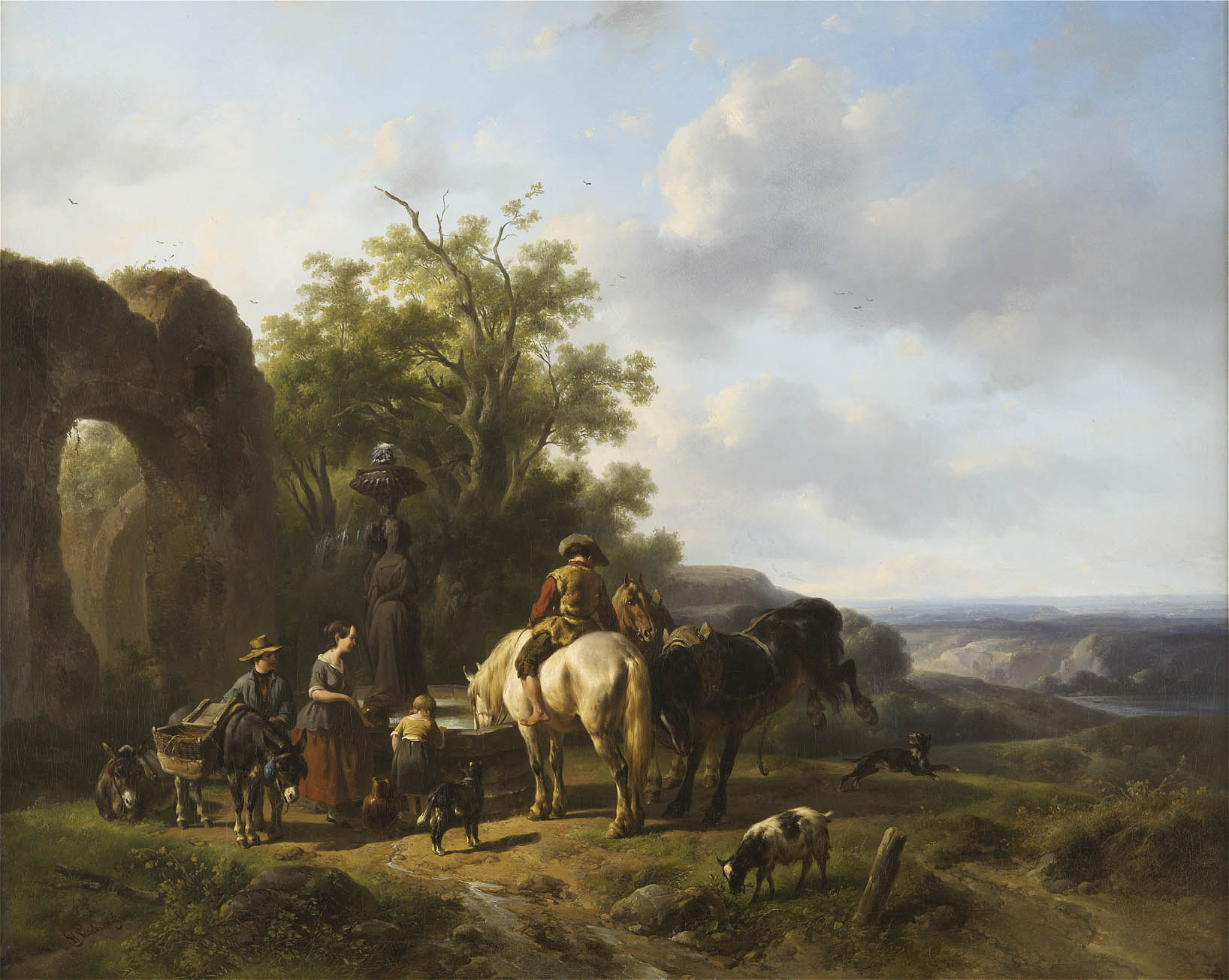 Horses and figures near a well 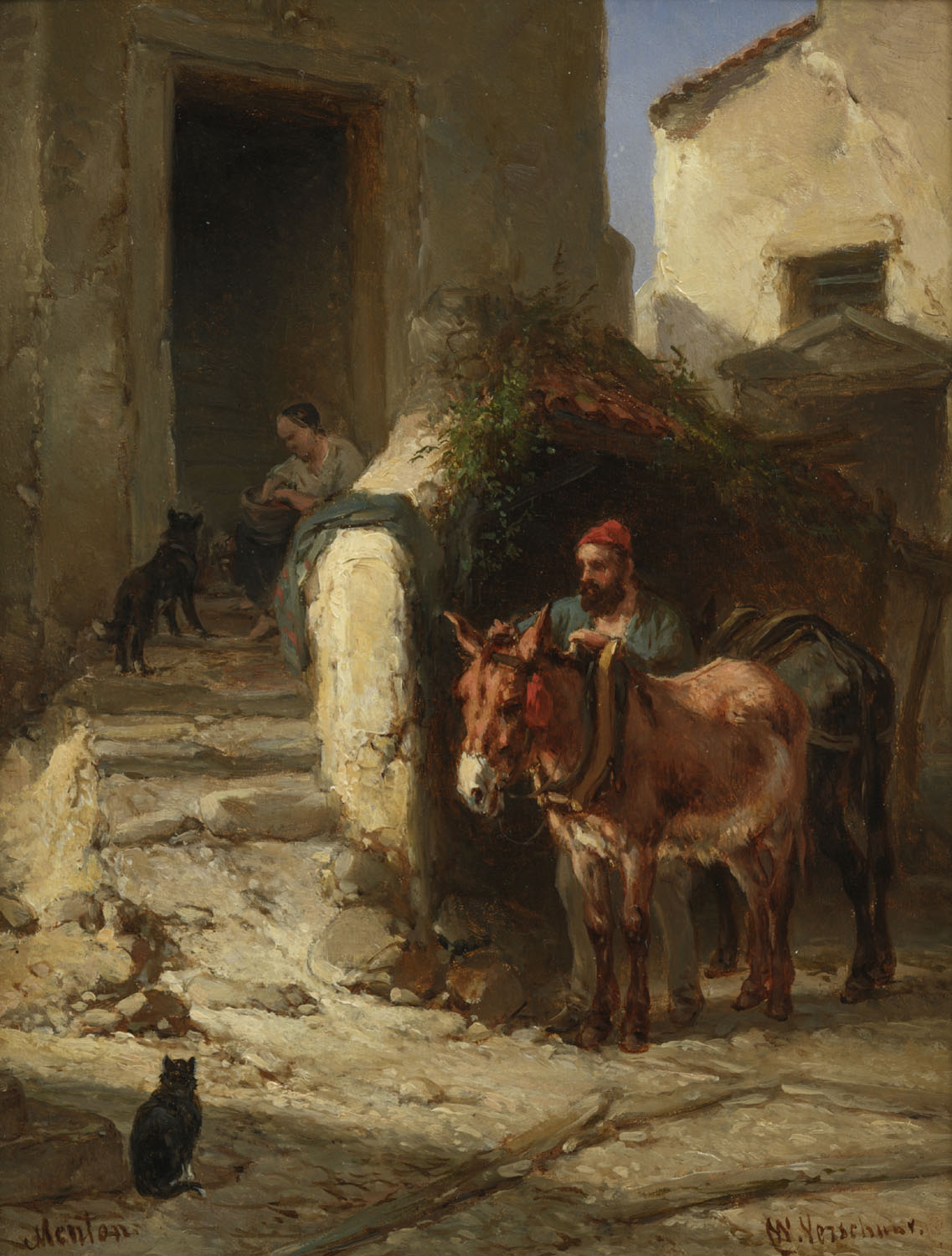 Alley in Menton with man and donkey