As an artist, the idiosyncratic Paul Joseph Constantin Gabriël searched for some time for his own vision. He had difficulty with the dominant Romantic painting tradition and studied under various teachers within a short period, including B.C. Koekkoek. It was only in the painters’ colony of Oosterbeek, where he could work independently in open nature, that Gabriël felt somewhat at home. In 1860, he moved to Brussels, where the art climate was better and where new artistic developments from France had also penetrated. There, he became acquainted with the landscapes of the French painters from Barbizon. Gabriël found a great deal of inspiration in this innovative work and began to focus more on simpler, rural subjects in a realistic style. He also met Willem Roelofs, who had worked in Barbizon himself and was now a successful painter in Brussels. Roelofs would ultimately become an important mentor for Gabriël. Furthermore, he introduced the artist to all kinds of people and societies, and took Gabriël with him on trips to Noorden and to Abcoude.

It was in this typical Dutch polder landscape where Gabriël reinvented himself in an artistic sense. He let go of all the artistic conventions and sought simplicity and harmony in nature especially. Gabriël was the first painter to discover the beauty of Kortenhoef, a place on the ‘Loosdrechtse plassen’. Later, he also went to Broeksloot, the ‘Nieuwkoopse plassen’, Giethoorn and Kampen. Gabriël painted the vast lakes and ditches with fish traps, little bridges, windmills, and farms with thatch roofs. From then on, he left out details such as figures and cattle. Very spatial compositions with many horizontal and vertical lines came into being. Lastly, he added the sky – an important part of his works.

Around 1870, the painter reached his artistic climax. His brushstrokes became looser, more impressionistic, his use of colour fresh and clear with a great deal of green and blue. However, he took care not to be too greatly influenced by Roelofs and not to use too loose brushstrokes. His work was described as realistic and original.

Gabriël attached particularly great importance to working for hours outdoors in order to determine the correct composition, light incidence and colour nuances. He preferred the most atmospheric times of the day when the light is at its best, for instance with a hazy sunrise or the late afternoon light. Just like Claude Monet, he would hire a little boat so that he could depict his subject from straight ahead. When he was finished sketching, he would then hurry home so that he would not lose the impressions gained. At home, he would process these into a larger painting, in just a few days. He also gave this advice to his most important pupil, Willem Bastiaan Tholen.

Due to his striking use of colour, Constant Gabriël is now also referred to as the ‘colourist of the Hague School’. He always strongly resisted the typical Dutch grey, so characteristic of the works of his fellow painters: “I repeat, our country is not grey, not even in grey weather, the dunes are not grey either… Our country is colourful – juicy – rich..”

Paintings and watercolours by P.J.C. Gabriël in the collection of Kunsthandel Bies: 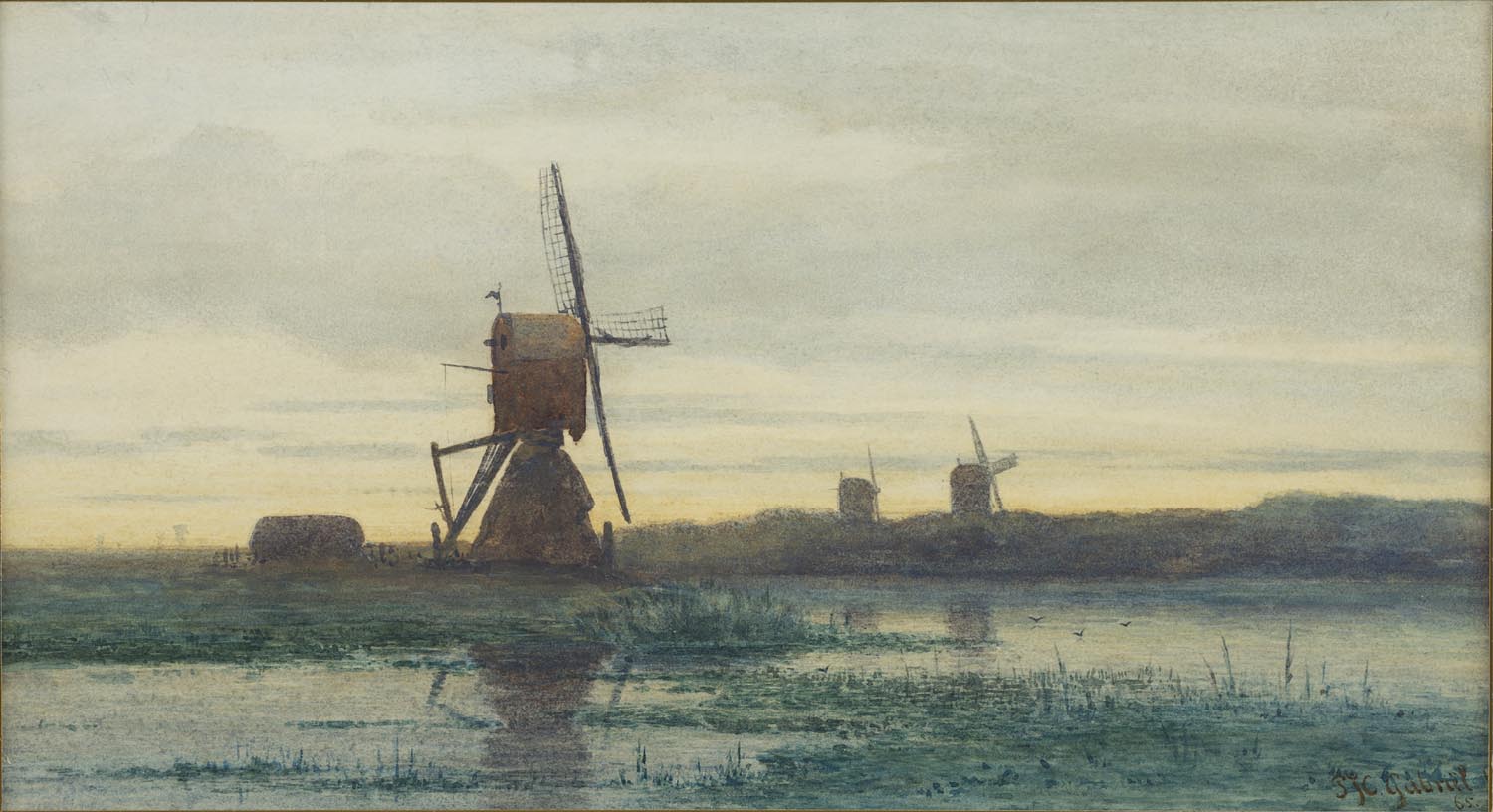 A polder landscape with windmills 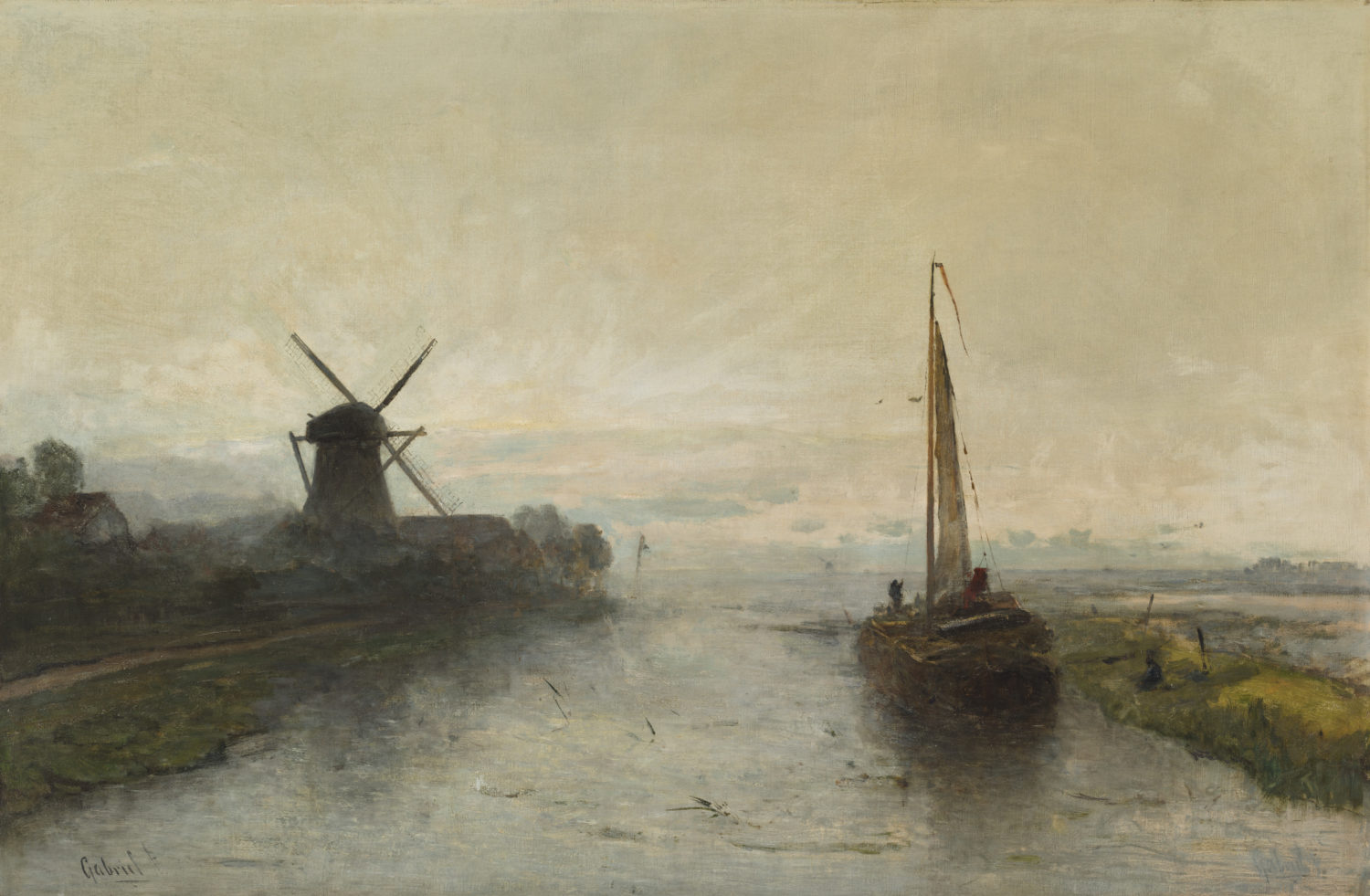 A polder landscape with a boat and a windmill 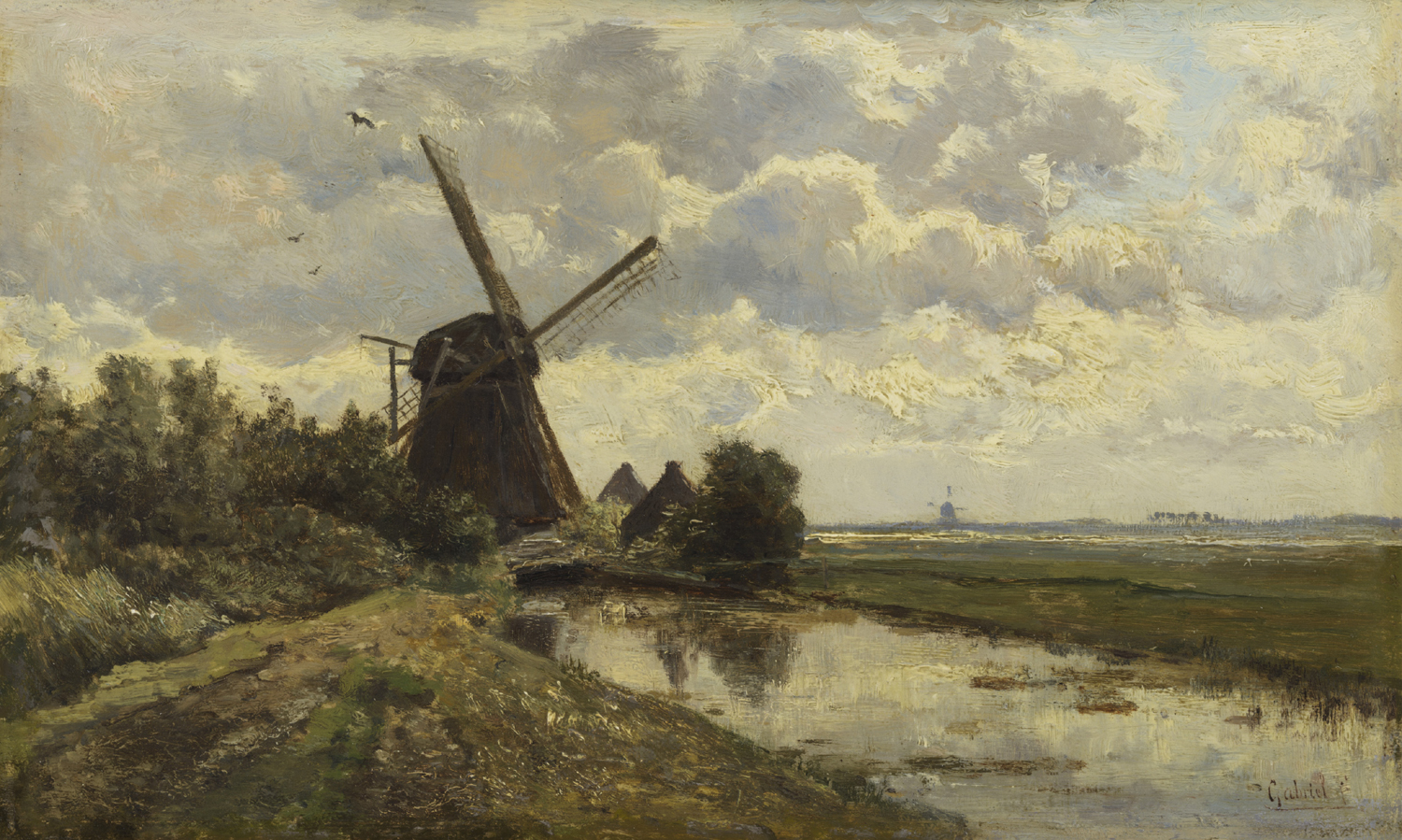 A polder landscape in summer with a windmill 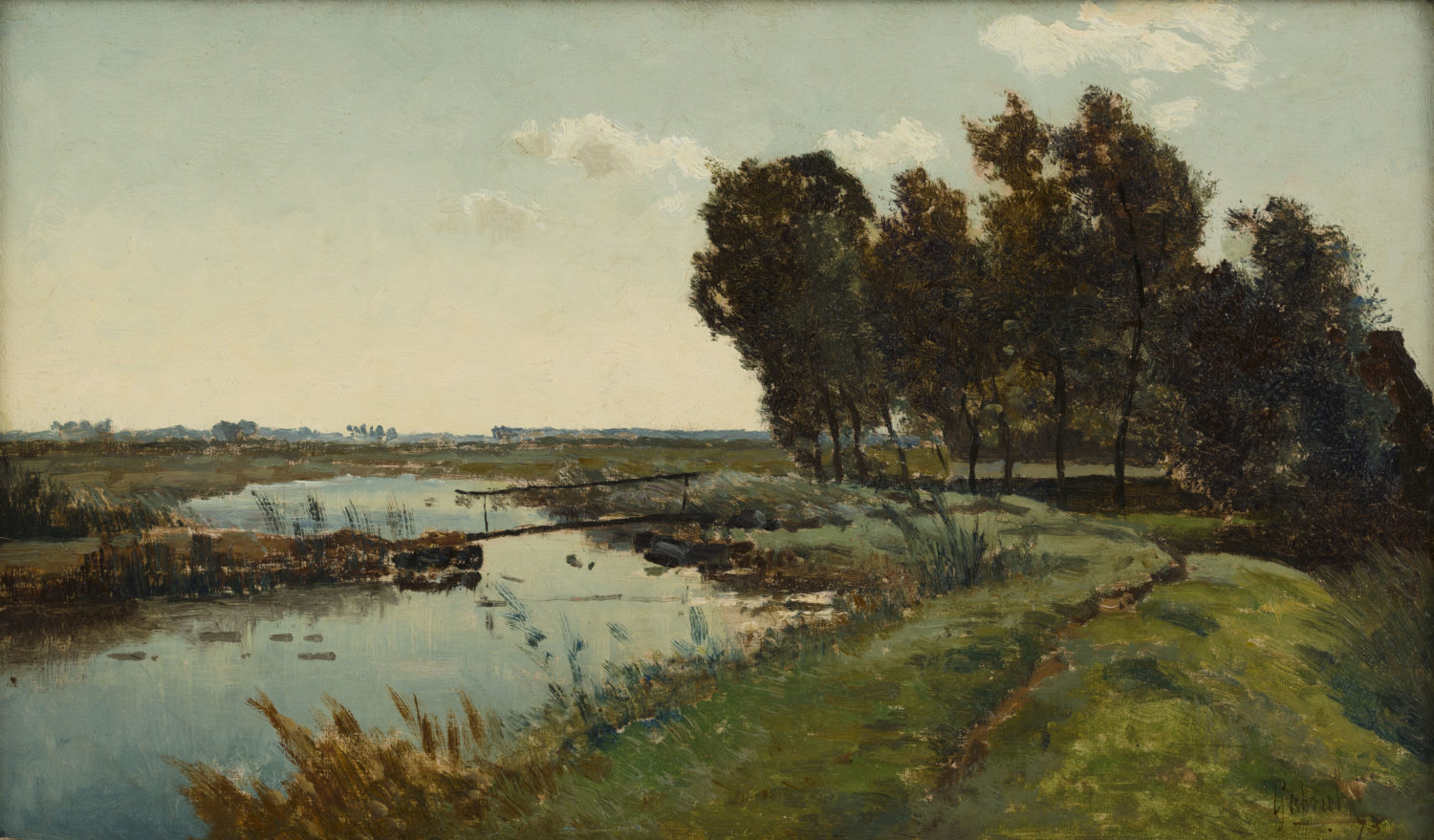