Extraordinary about paintings by Cornelis Springer is the fact that the individual architectonic and architectural elements are often clearly distinguishable. You can literally see each individual brick. This painter, who came from a family of architects and engineers, justifiably became famous. Springer’s work was appreciated especially due to the combination of attention to architecture and the authentic atmosphere. He bettered the work of his teacher Kasparus Karsen and grew to become the most important cityscape painter in the Netherlands. Springer used more figures in his works than Karsen and contemporaries such as Jan Weissenbruch, so his streets were given a more lively character. In addition, he always paid much attention to the incidence of light.

Springer’s talent was recognised early on. When he was only 17 years old one of his landscape studies was chosen for the Exhibition of Living Masters in Amsterdam. He became a student of Kasper Karsen (1810 – 1896) and made study trips to Belgium, Germany and France. There he found a wealth of subjects and motives: monumental buildings, Gothic cathedrals, castles and ruins.

At first Springer painted entirely or partly imaginary cityscapes. Halfway the 1850s he began to concentrate more on topographically correct representations. Apart from his native city Amsterdam he painted other picturesque cities in the Netherlands, Belgium, Germany and France. Already during his life Springer was highly esteemed and he could charge considerably for his paintings. He also earned many distinctions in the Netherlands and beyond.

Paintings by Cornelis Springer in the collection of Kunsthandel Bies: 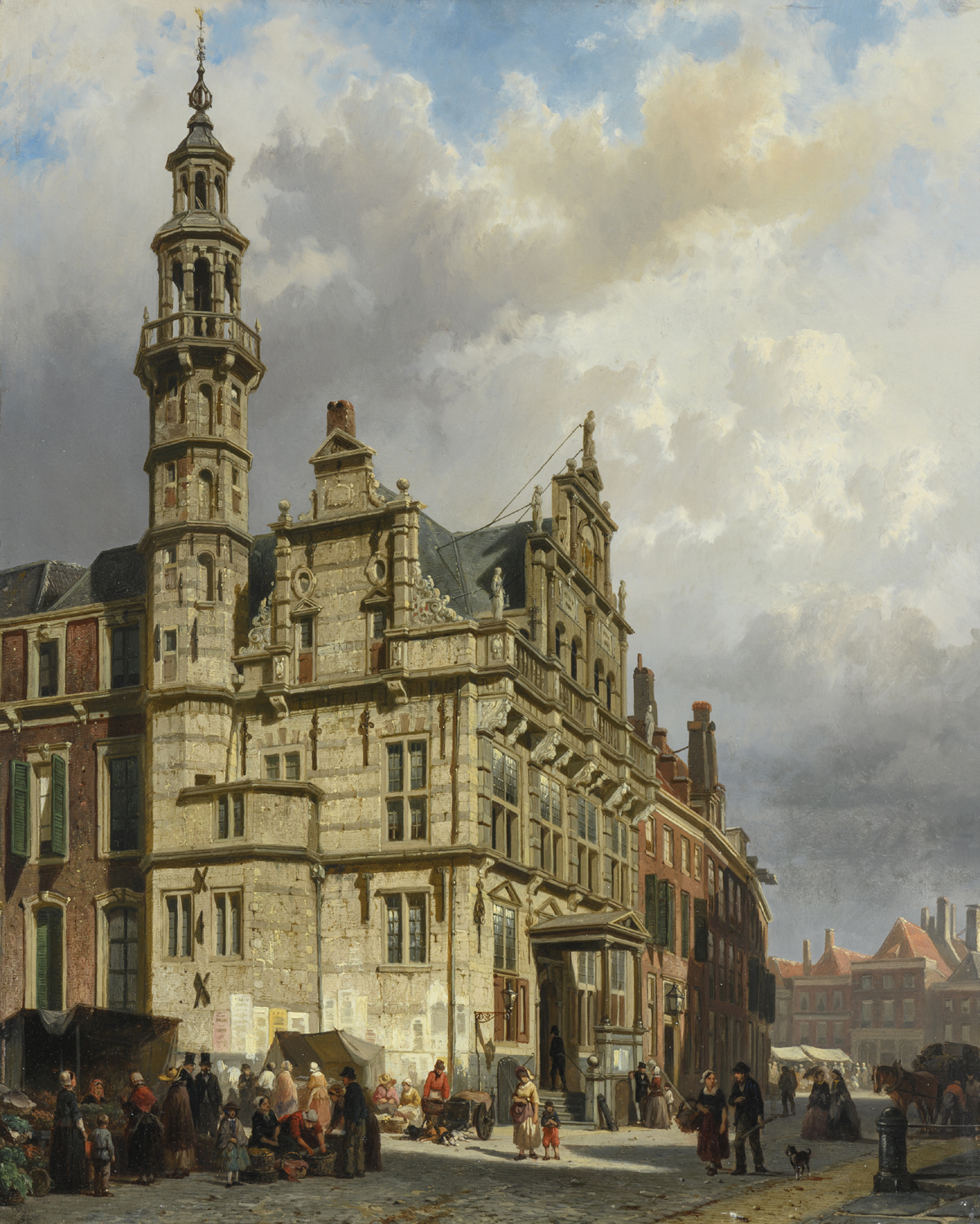 View of The Hague with the Town Hall 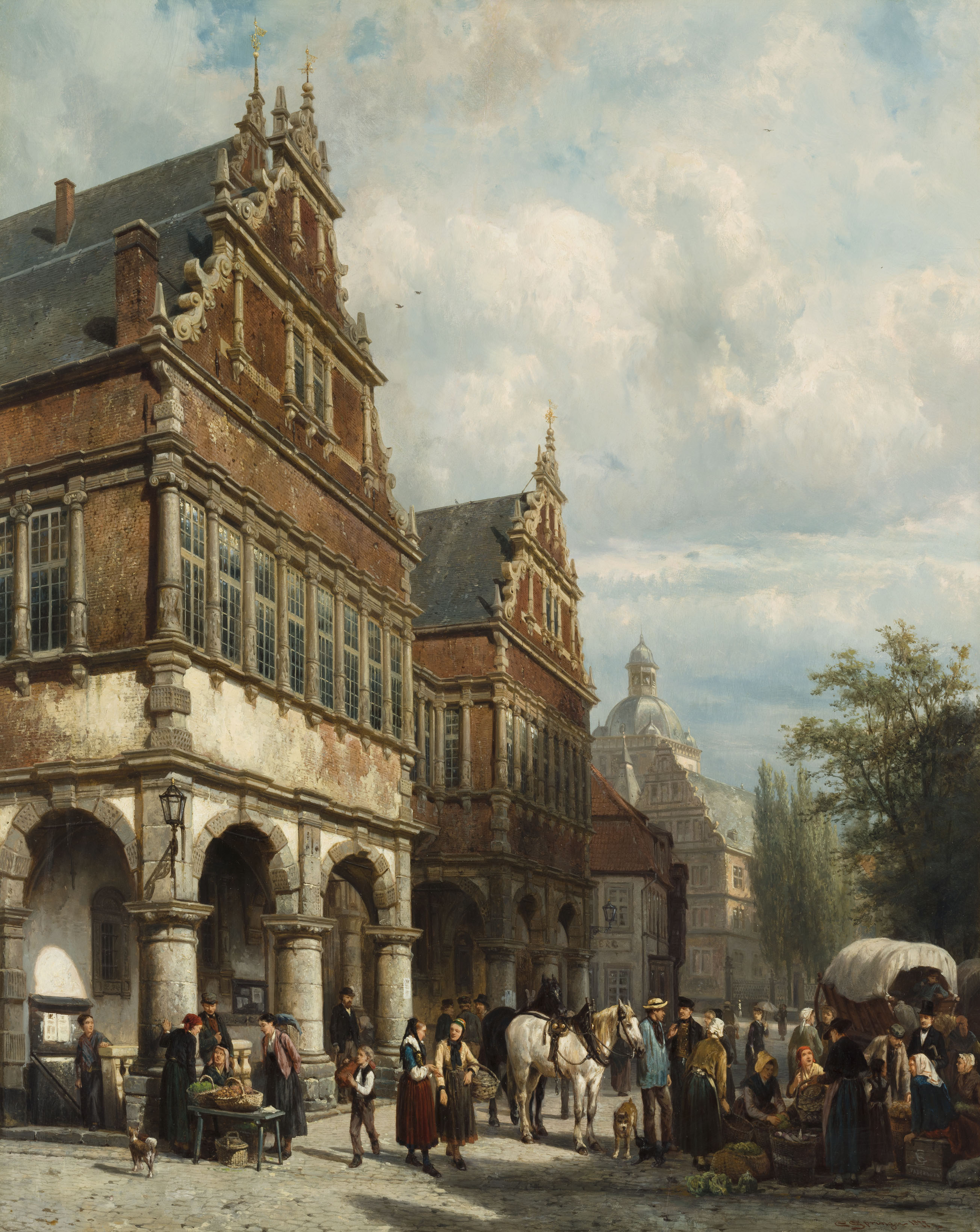 Paderborn, view of the town hall 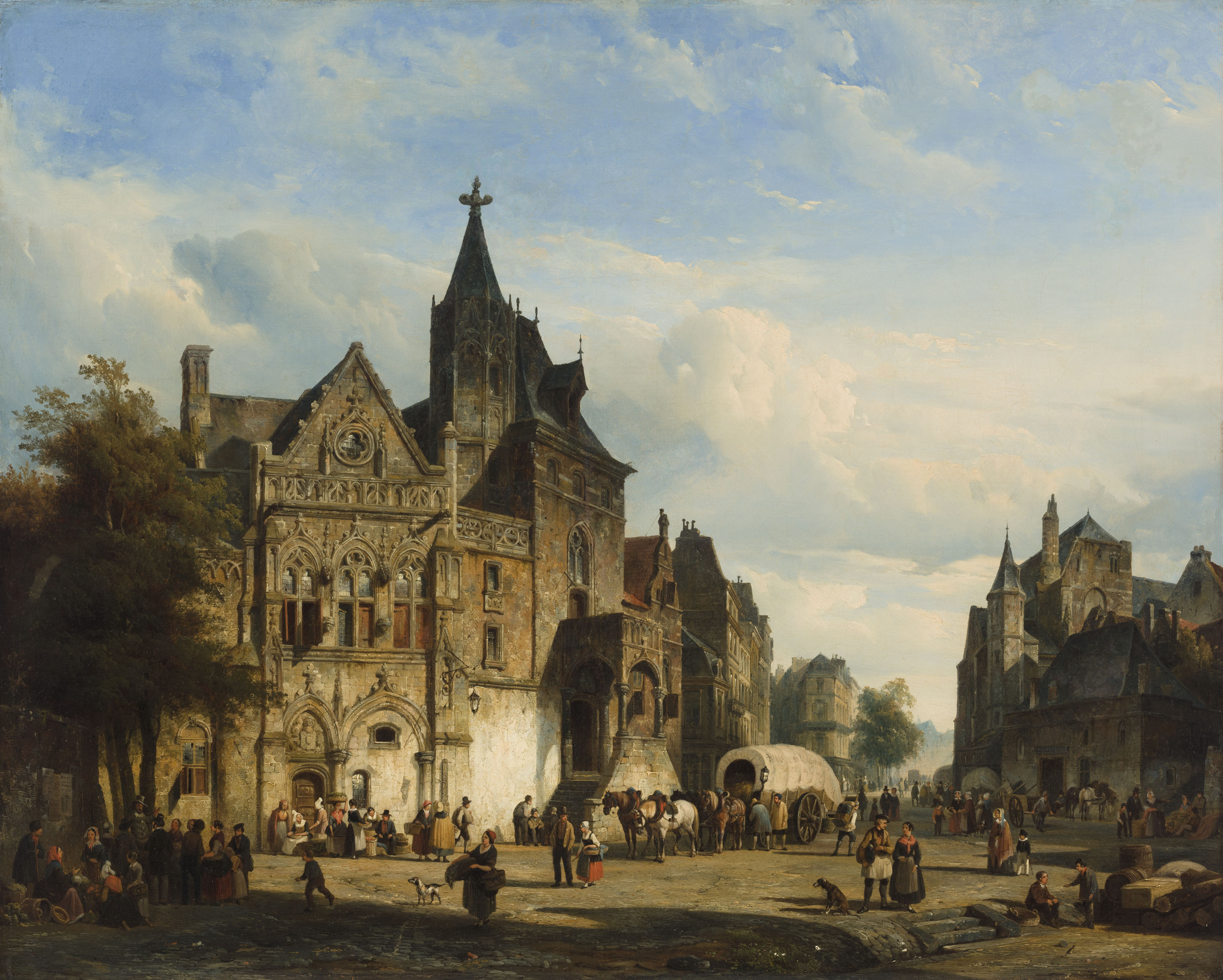 A town view with a market and a Gothic church 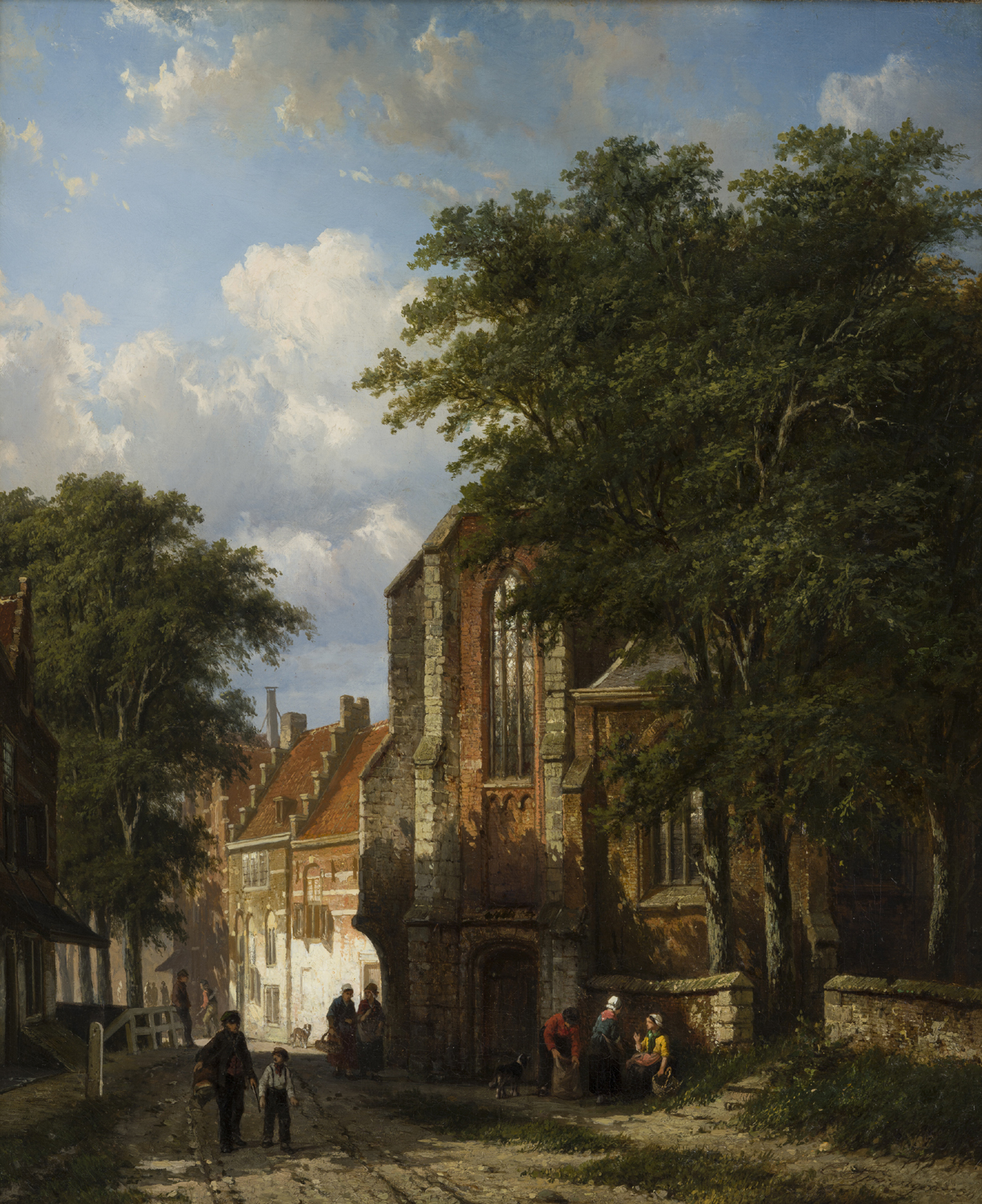 Asperen, a Dutch town with figures by a church