Already at a young age Margaretha Roosenboom proved to be exceptionally talented. When she was only 16 years old she partcipated in an exhibition of the well-known Hague artists’ group Pulchri Studio. Thanks also to sound education from her father Nicolaas Roosenboom and her famous grandfather Andreas Schelfhout she developed into one of the most important painters of flower and fruit still lifes of the 19th century.

In the mid-19th century, this genre experienced an important change: from then on, flower still lifes were composed less austerely. For Roosenboom, the older Gerardine van de Sande Bakhuyzen (1826 – 1895) was an important example. She already draped her flowers and fruit loosely on woodland soil or on a stone plinth instead of rigidly in a vase. Roosenboom was also inspired by this method of arranging. She created harmonious compositions which radiated more serenity and simplicity than flower still lifes from the 17th or early 19th century. In doing so, she often concentrated on one type of flower: usually her favourite roses. As a variation, she sometimes added fruit, or a flower in a different colour.

In contrast to the works by Van de Sande Bakhuyzen, a larger influence from Impressionism is apparent in the works by Roosenboom. Due to the looser technique, the colour transitions became softer and less defined. This was further enhanced in her watercolours. To paint in watercolour is perhaps even more difficult than to paint in oil. The brushstrokes have to be perfect the first time and, unlike painting in oil, they cannot be corrected. Furthermore, watercolour is transparent and is applied to paper. Roosenboom was extremely skilled in this technique.

Paintings and watercolours by Margaretha Roosenboom in the collection of Kunsthandel Bies: 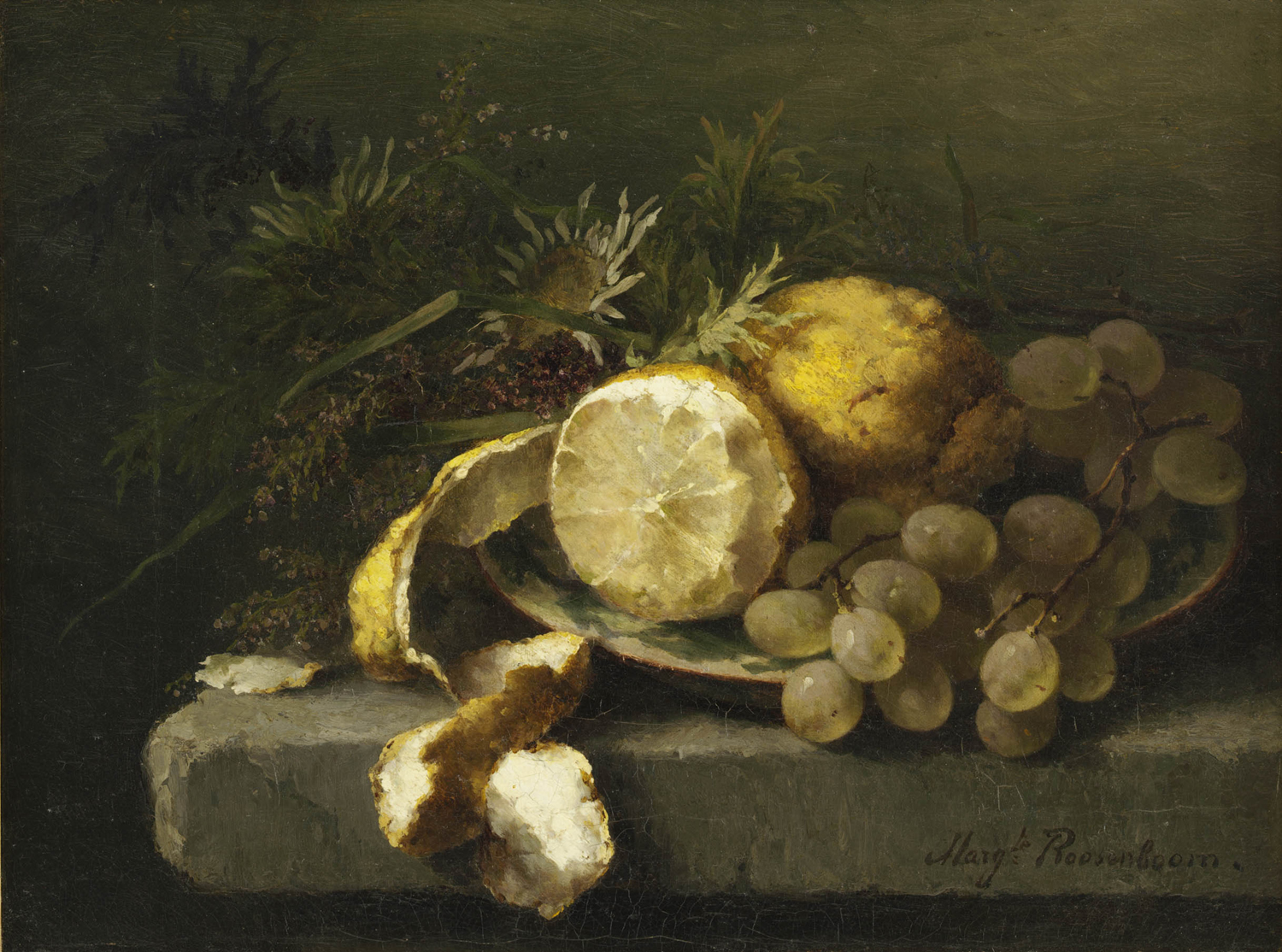 A still life with lemons and grapes