Willem Maris grew up in a family where art was greatly encouraged. He had two older, talented brothers, Jacob and Matthijs, who were also painters. His father Mattheus, who printed the famous Kunstkronijk magazine, was more than happy to send his sons outdoors in the countryside to draw.

Whereas his brothers initially tried out various subjects, Willem quickly applied himself to painting meadow landscapes with cows and ducks by the ditches. Willem was always a fairly independent painter. Apart from lessons from his brothers he had no real teacher, but he was able to hone his enormous talent and eventually went through a great artistic development. His earlier studies of fallen trees and cow heads were initially highly detailed and very well drawn. But along the way he turned into a true impressionist. His vision of the landscape became broader, freer, and more open and his brushstrokes changed accordingly.

Willem Maris’ oeuvre is not so much characterised by the diversity of his subjects but by the great variety in composition, treatment of light and techniques. It is not so much the animals but the sunlight that is most important in his work. He was intrigued by the effect of the ever-changing light on the environment. The colour and look of the sky, the water and the landscape change in rapid tempos. Maris’ primary sources of inspiration were the hazy atmosphere in the morning, the backlight, the reflection in the water and the effect of sunlight on the coat of a cow.

Although in his earlier work the animals still formed an independent element in the composition they later were of secondary importance. Sumptuous plants and cool skies flowed effortlessly into each other and the cows became one with the landscape. It was a complete picture, an impression. In contrast to other artists from The Hague School, Maris was bold enough to use more colour. His landscapes are not so shrouded in the grey tones for which the Dutch Impressionists are so famous. Willem compiled his skies from a light and crystal clear blue; the grasses are green, golden yellow and even have a touch of emerald or turquoise. That is the reason that Willem Maris is considered the purest Impressionist of the Hague School. Art critic Albert Plasschaert even called him ‘the most original of the three Maris brothers’.

Paintings by Willem Maris in the collection of Kunsthandel Bies: 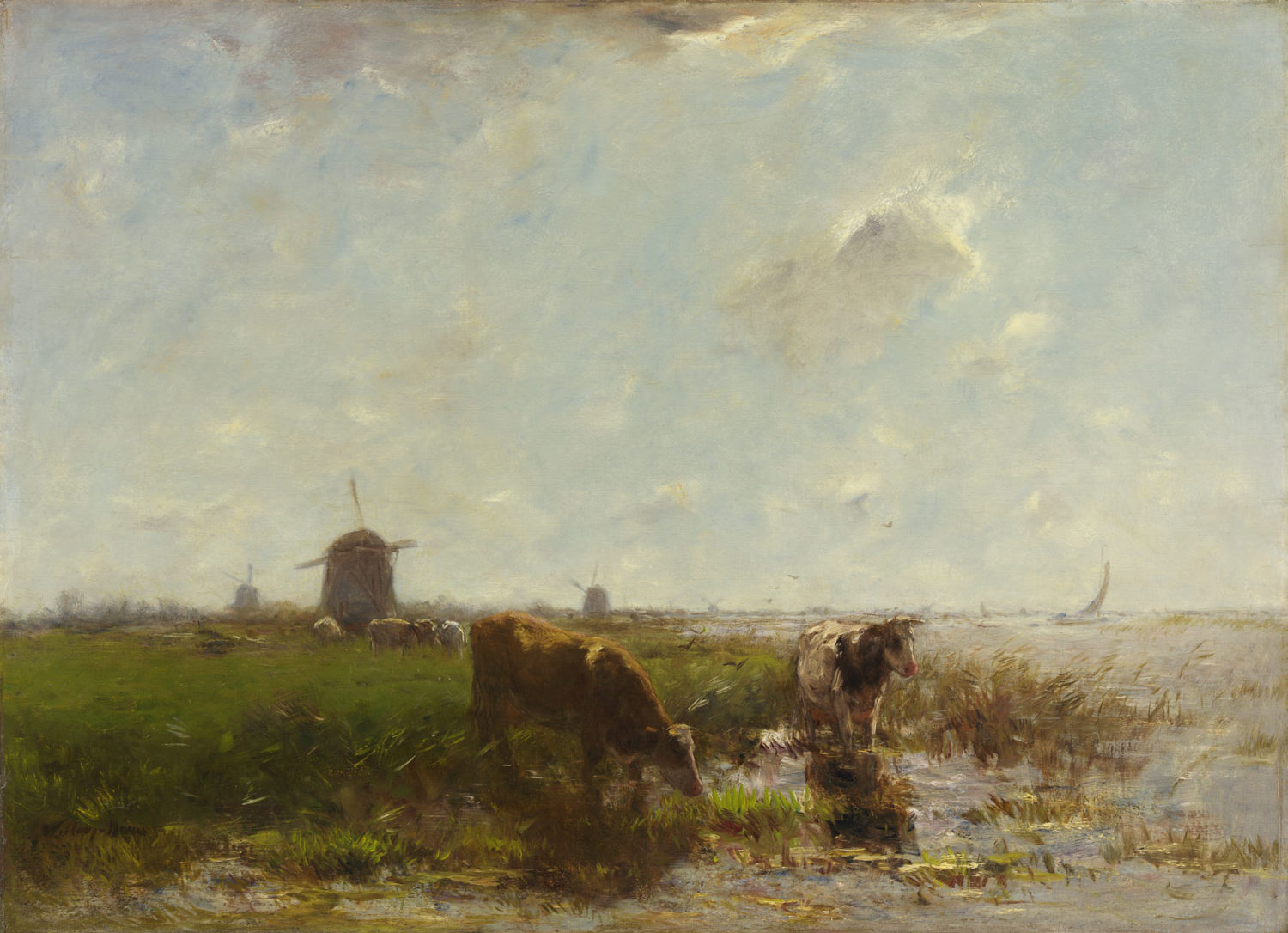 Cows in a polder landscape near Gorinchem