After his studies at the National Academy for the Arts in Amsterdam, Willem Bastiaan Tholen became an apprentice of the painter from the Hague School, Constant Gabriël. Gabriël, who was 32 years older and an acquaintance of Tholen’s mother, was living in Brussels at the time. Tholen stayed there for three months, between 1879 and 1880. Although Gabriël greatly influenced Tholen’s work, he encouraged him to develop his own style. Later, when Gabriël moved back to the Netherlands, the two painters often worked together en plein air for many summers, for example in the peat bogs around Kampen or in the picturesque village of Giethoorn.

During his career, Tholen dealt with many subjects. He painted many water and harbour views with boats, as well as landscapes, beach views, cityscapes and village views. He was also a good portrait painter. His second wife Lita de Ranitz had good contacts with the Dutch Royal Family: in 1928, Tholen was assigned to paint a portrait of Princess Juliana and in 1930 a portrait of Queen Wilhelmina.

Along with his paintings of Giethoorn, Tholen’s water views with boats are the most well-known. He was a great sailing fan. As a young man, he was allowed to accompany his father on sailing trips in the area of Kampen. Later, he made numerous trips with his boat ‘Eudia’ over the Dutch inland waterways and rivers and he visited many villages on the Zuiderzee, such as Enkhuizen, Volendam and Nijkerk, as well as De Kaag and Veere. Tholen had knowledge of boats, rigging and suchlike, and of the movement of water and clouds.

Tholen’s work was often counted as part of the (second-generation) Hague School. He himself did not agree with that qualification. Yet, he considered it a great privilege to have personally known the great masters of the Hague School. As a young artist, he was regularly given advice from Jacob Maris, Johannes Bosboom and Anton Mauve. It is true that, like the painters from the Hague School, Tholen worked a great deal en plein air, but his use of colour was either more subdued or, the opposite, much brighter. His choice of subject was also more versatile. The atmosphere and tonality in his work were always important elements, often portrayed by a subtle soft light.

Paintings and watercolours by Willem Bastiaan Tholen in the collection of Kunsthandel Bies: 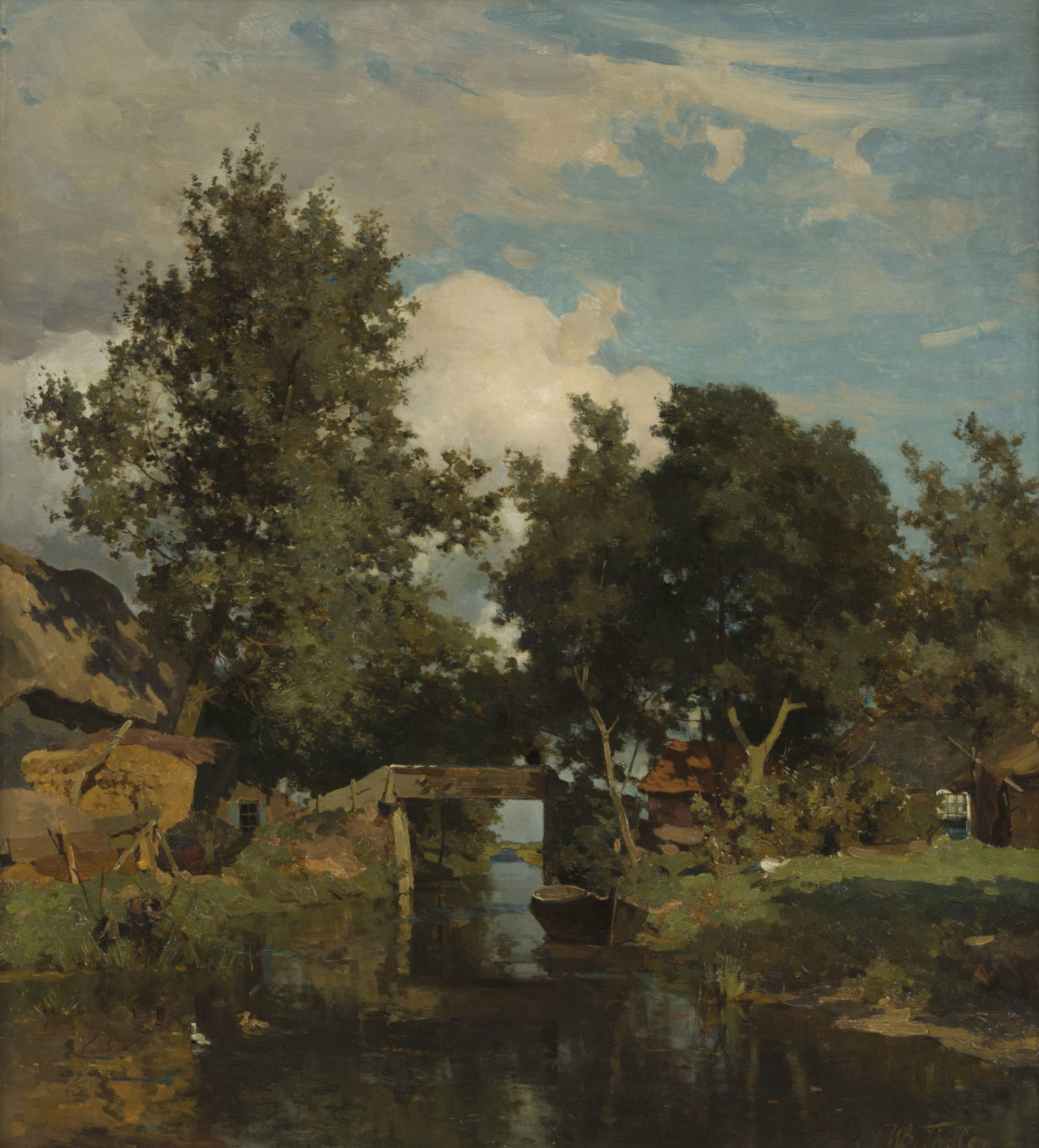 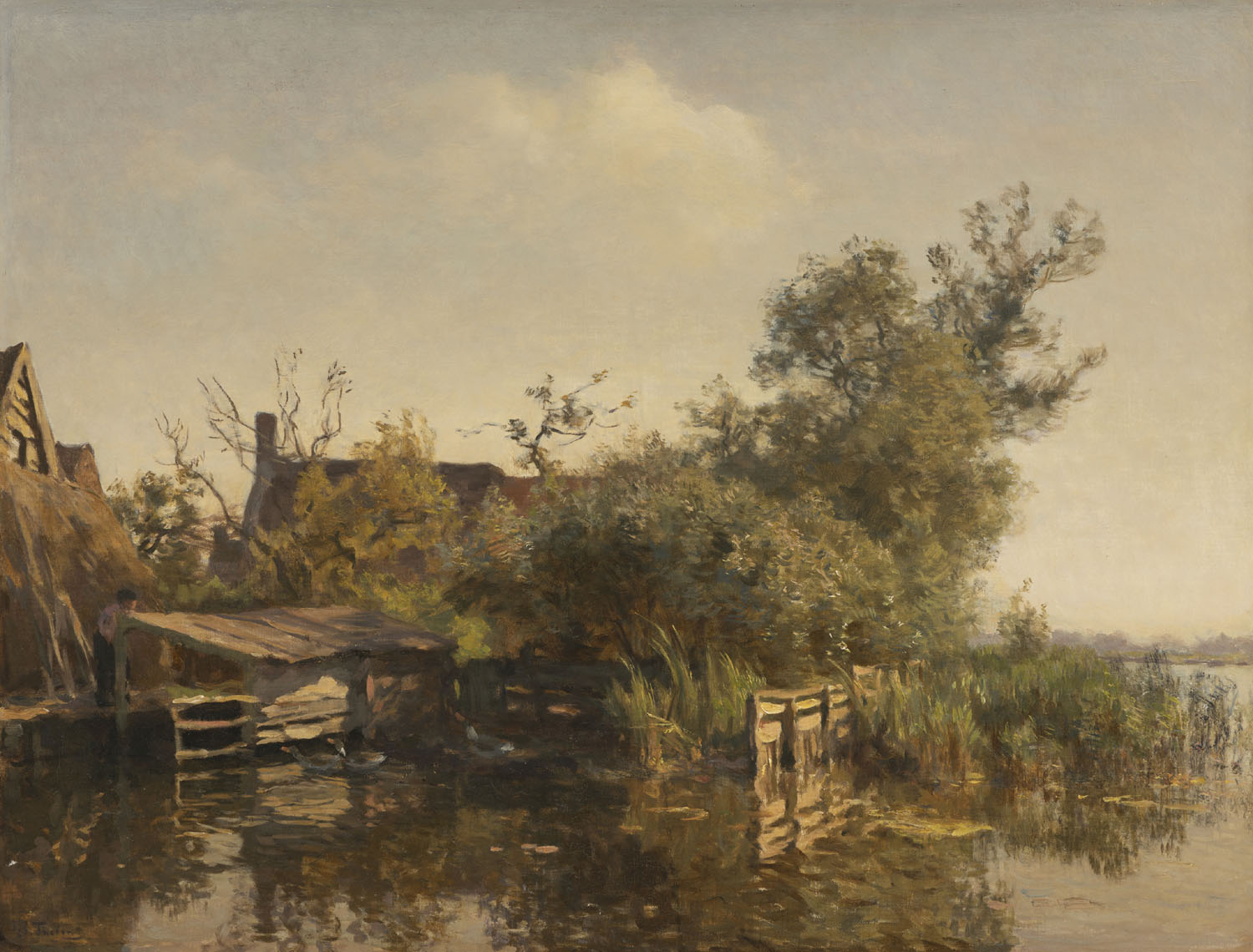 View of a farm near a river