Johannes Christiaan Karel Klinkenberg was a contemporary of George Hendrik Breitner and Floris Arntzenius. Unlike these painters, he focused solely on the cityscape. Whereas the figures by Breitner and Arntzenius form an essential part of the composition, for Klinkenberg they were of minor importance. He developed a completely personal style with as characteristic elements the radiant sunlight and the predominantly pale, yellow-green palette. He composed buildings in pale brown and ochre shades, here and there brightened up considerably by white. They are often surrounded by large green trees and form a contrast with a radiant blue sky. Water often plays an important role in his compositions. Klinkenberg barely used the grey shades which are so characteristic of the Hague School. With regard to palette, he was closer to the French Impressionists.

In comparison to most of the cityscapes by Breitner and Arntzenius, which do indeed have a more modernist vision but sometimes come across as oppressive and dark, Klinkenberg’s work appears brisk and light. This is the precise reason why his work has always been appreciated by collectors. Klinkenberg exhibited a great deal and his paintings sold well. For instance, it is a known fact that a painting by Klinkenberg at the art dealer’s E.J. van Wisselingh & Co. cost as much as a Breitner in 1897. Abroad, where Klinkenberg was inundated with awards, his work perhaps gained even more appreciation than in our country.

Paintings by Klinkenberg in the collection of Kunsthandel Bies: 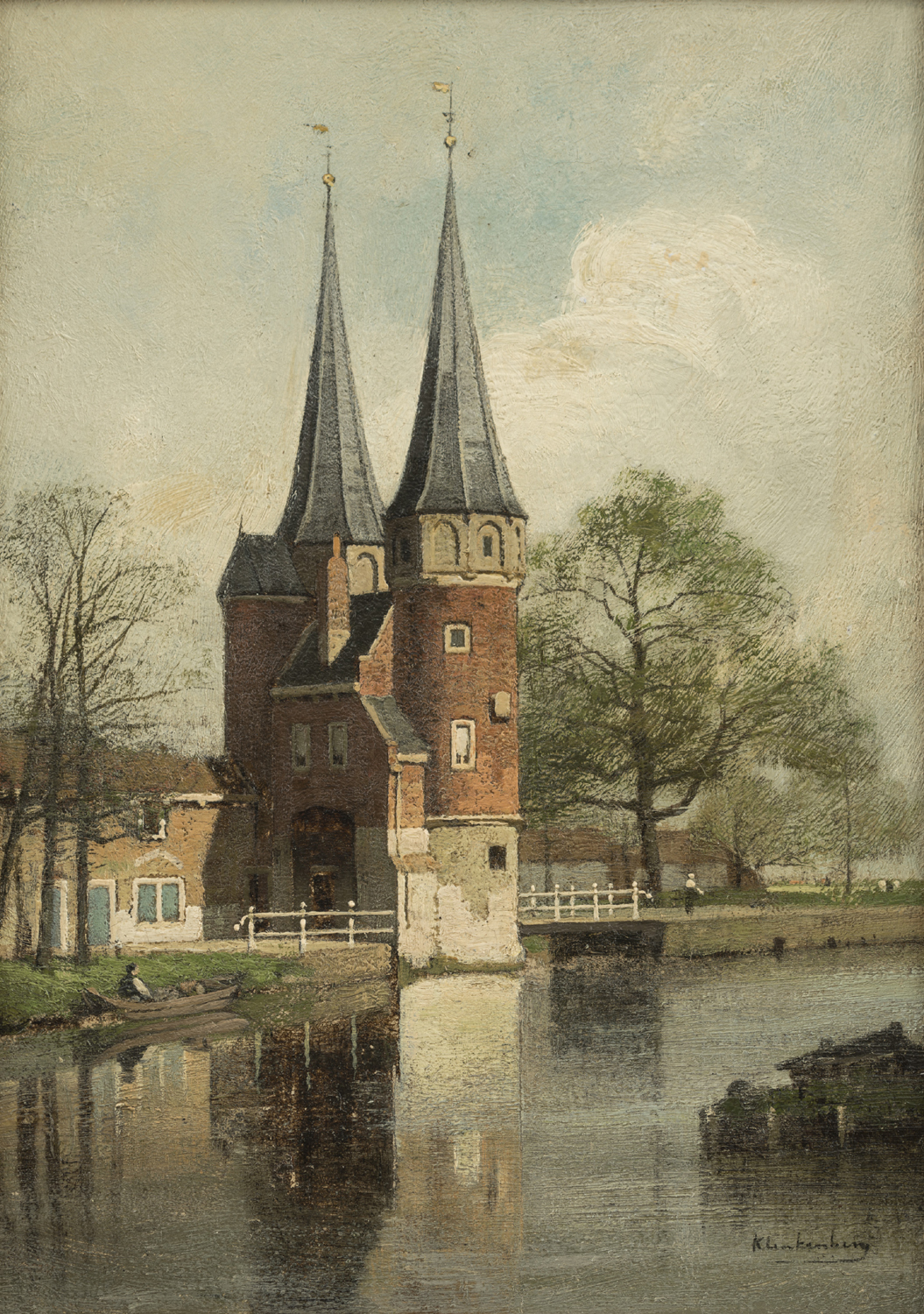 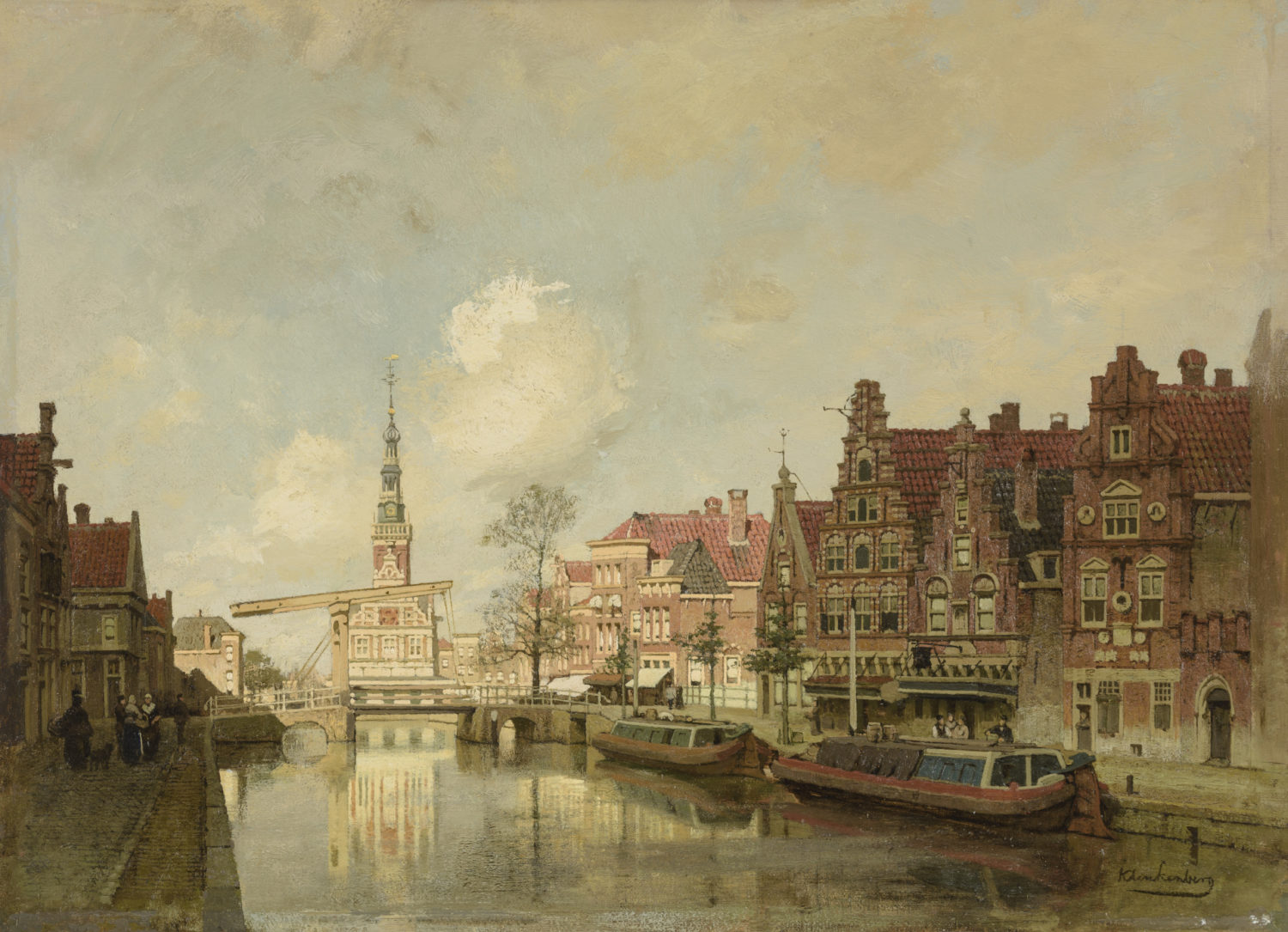 Alkmaar, a view of Luttik Oudorp with the Waag beyond 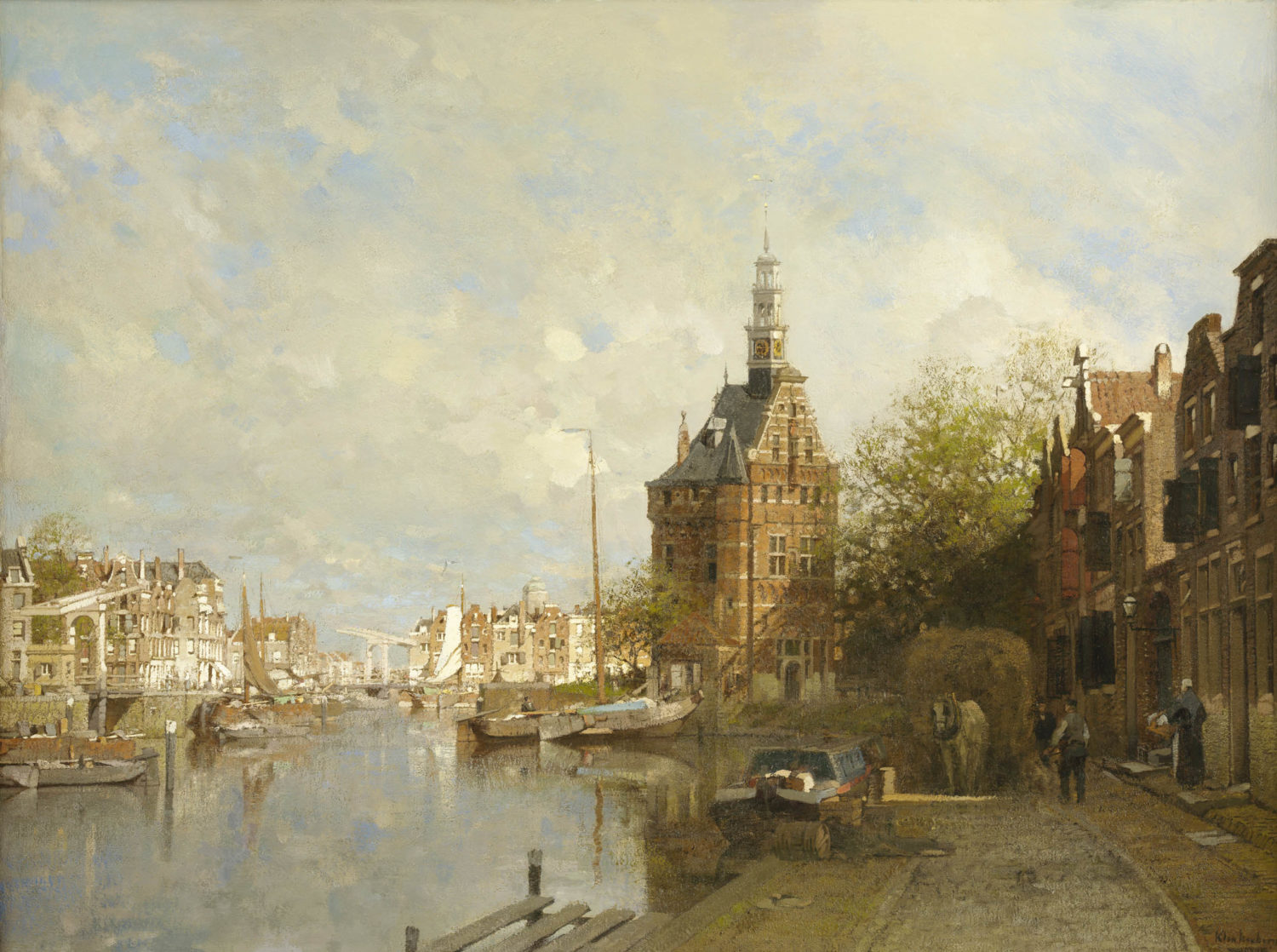 A view of Hoorn with the Hoofdtoren on a sunny day 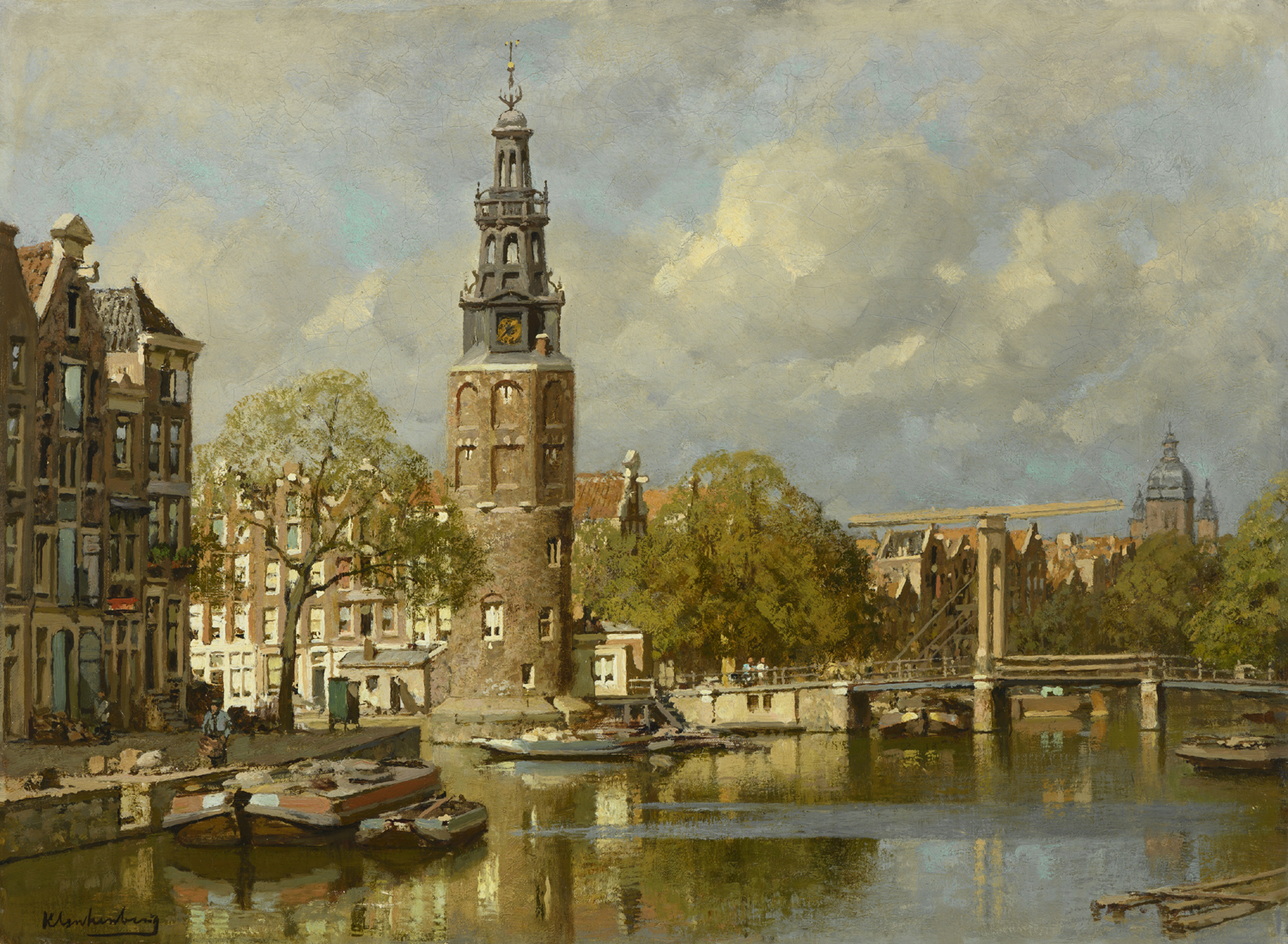 Amsterdam, a view of the Montelbaanstoren