Hendrik Johannes Weissenbruch was one of the most important painters of the Dutch Hague School. However, he was commonly known as ‘Jan Hendrik’ and he usually signed his works with ‘J.H. Weissenbruch’. Due to this reason, he is sometimes mistaken for his coursin Jan Weissenbruch, who was a wellknown painter of cityscapes in Romantic-Realist style.

Amongst the painters of the Hague School J.H. Weissenbruch has a special place. He was not only one of the first painters of the movement, he is also still seen as one of the most important ones. As Jos de Gruyter wrote about him in his book De Haagse School [The Hague School]: “But neither reached the peaks that Weissenbruch sometimes achieved in his later phase. Peaks of spacious balance, of summarised simplicity, of innocence and mastery, of the immediate and the eternal, peaks that have always been rare in the history of art.”

Weissenbruch had a strong predilection voor the polder landscapes of South Holland. Invited by art dealer and framer Sala from Leiden, he often went sailing. Passing lakes and canals he got to know the watery landscape. The combination of spaciousness, air, water and fields was an inexhaustible source of inspiration to him.

The major strength of J.H. Weissenbruch was the way he portrayed light in his paintings and watercolours. He himself found the sky and light the most important elements of his landscapes. He said on the topic: “The sky in a painting, that is important! Essential! Sky and light are the great magicians. The sky determines the painting.” Unsurprisingly, in many of Weissenbruch’s paintings and watercolours the sky takes up two-thirds of the surface, or even more.

Paintings and watercolours by J.H. Weissenbruch in the collection of Kunsthandel Bies:

A Dutch landscape with windmills and cows 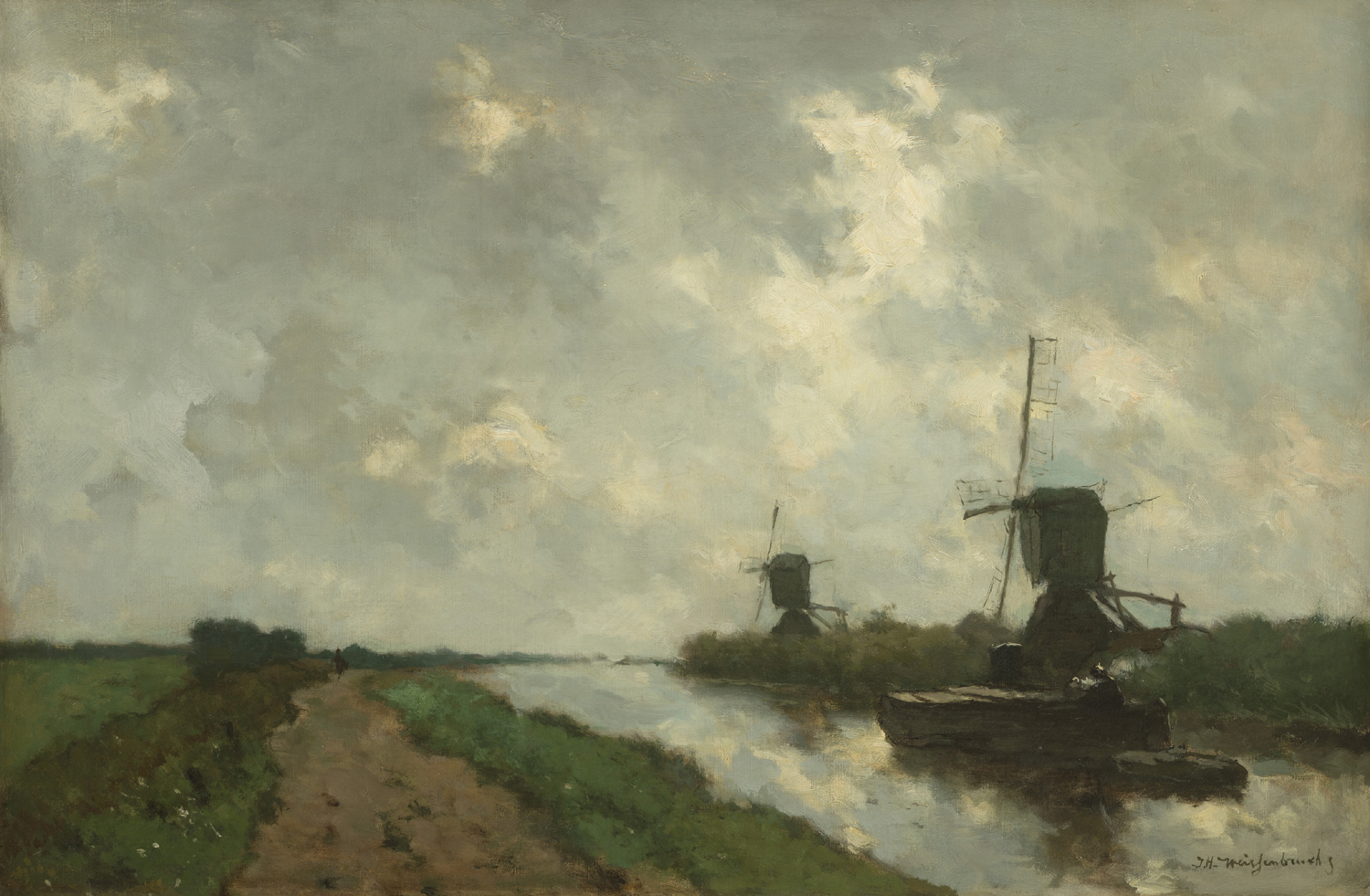 A Dutch polder landscape with windmills 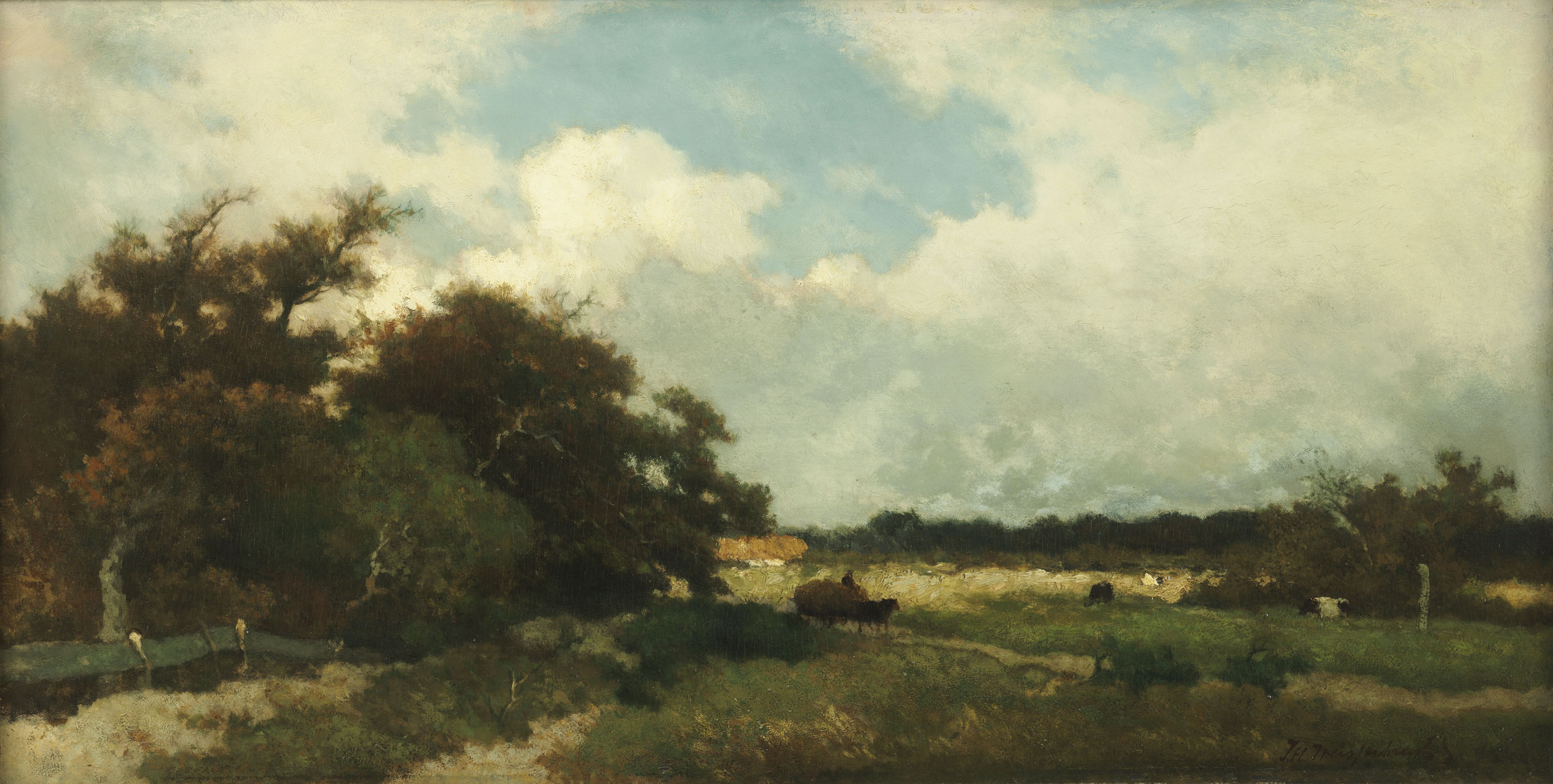 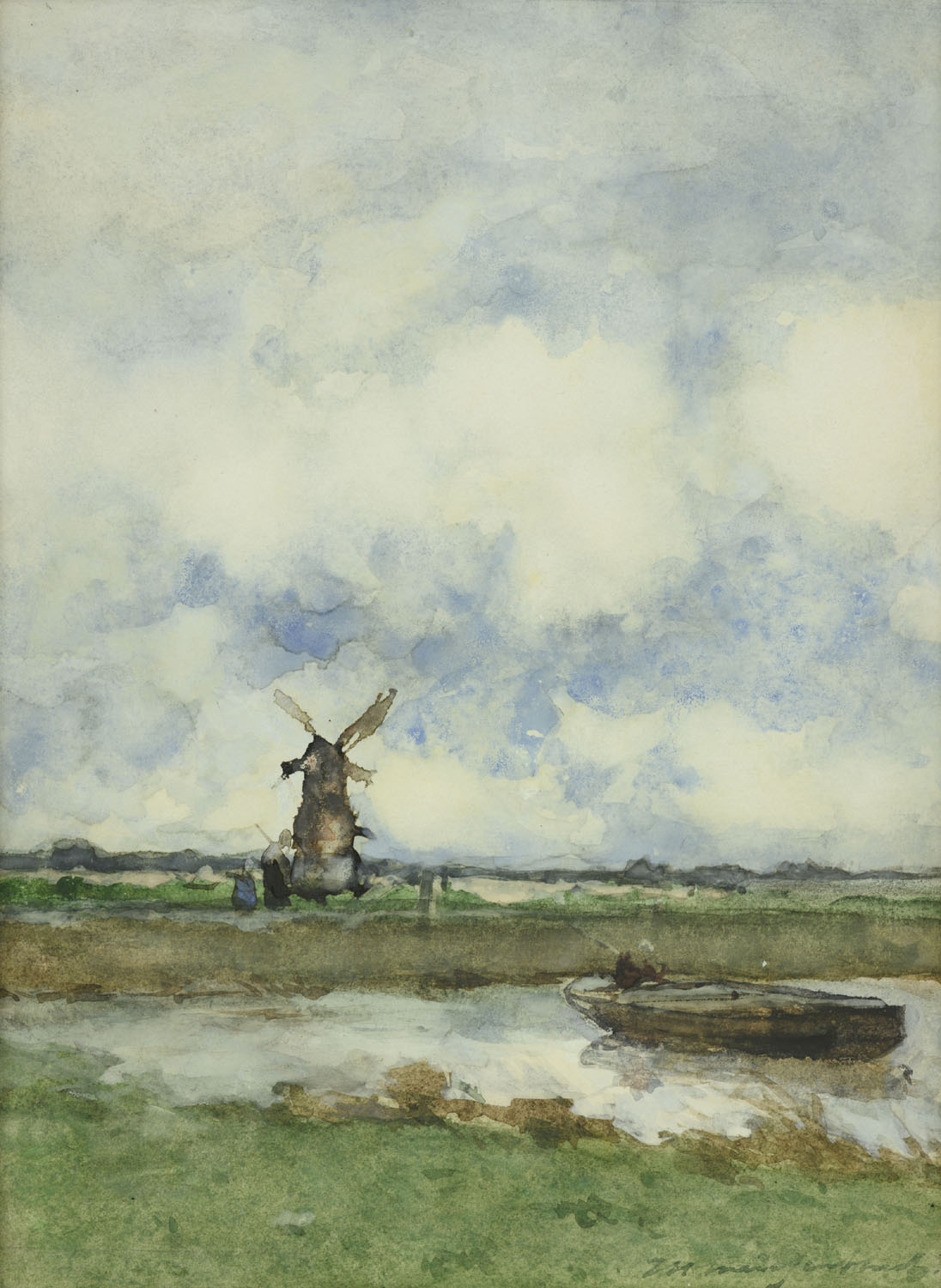 A Dutch polderlandschap with boat and windmill 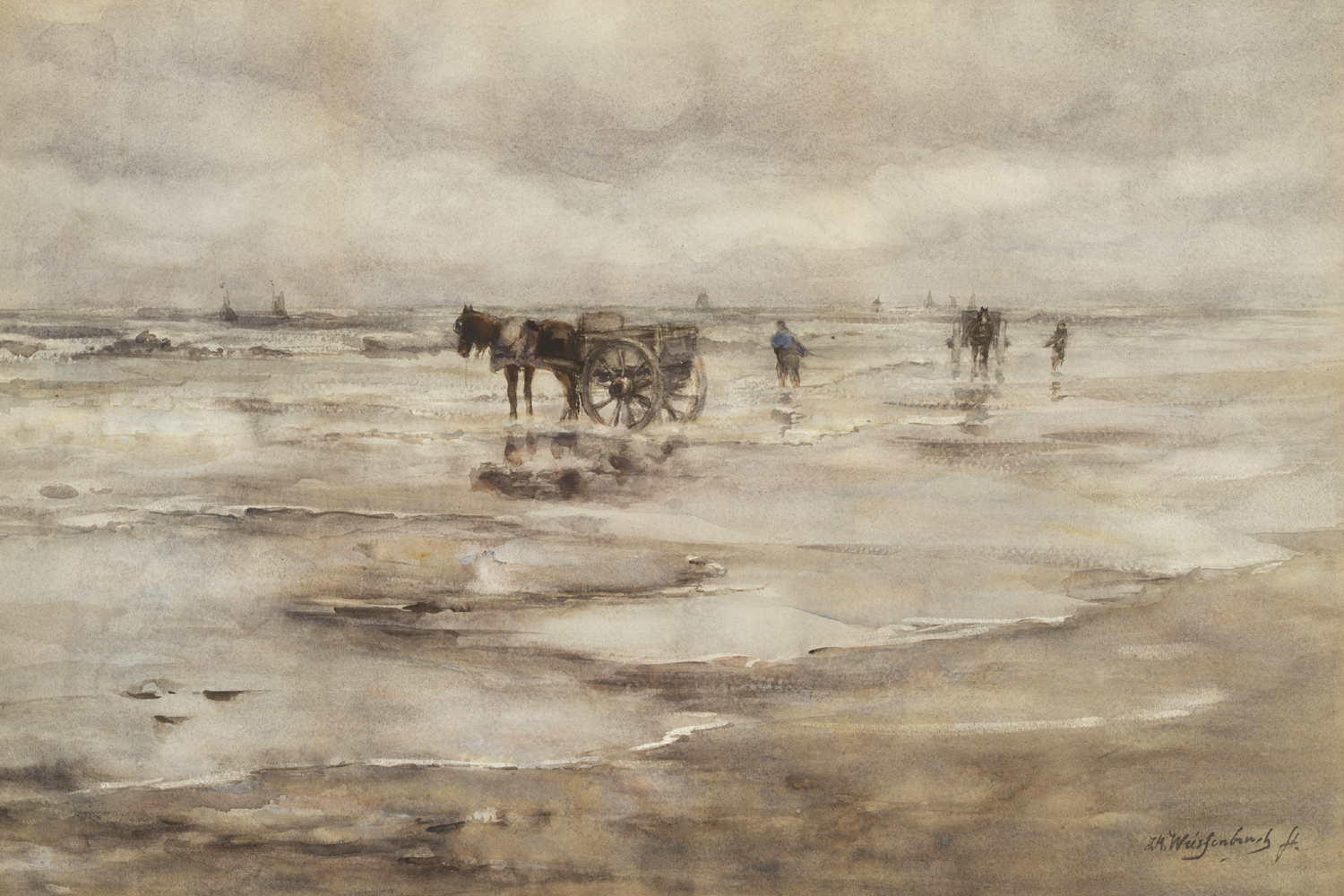