Henriette Ronner-Knip came from an artistic family. Her grandfather Nicolaas Frederik Knip (1741-1808) came from a family of wallpaper painters. Father Josephus Augustus Knip (1777-1847), from whom she learned the profession, specialised in landscapes and she also had two uncles and an aunt who were artists.

From a young age, it was apparent that Henriette had a great talent for painting. For instance, at the age of 14, she painted The farm of His Royal Highness the Prince of Orange at Tilburg, filled in with numerous sheep, with the aid of her brother August (1819-1861). The canvas was brought to the palace and provided her father, who had gone blind three years previous to this, with a pension for the rest of his life.

Although Henriette began painting landscapes with cattle, she quickly discovered that her preference was for pets: dogs and cats. Henriette’s decision in 1850 to go and live in Brussels with her new husband was a profitable one. At that time, Brussels was one of the most modern European cities, with an excellent artistic climate with good sales possibilities for artists. The city attracted many business people and a distinguished bourgeois circle emerged. These people could even afford to have pets. Ronner painted dogs more and more often and from 1870 mainly cats. Her considerable reputation is mainly thanks to her paintings of cats. Clients and interested buyers who visited the Salons and Exhibitions of Living Masters were touched by the amazing precision with which Ronner was able to depict her cats.

She paid a great deal of attention to the individual characters and emotions of the cats: youthful, boisterous, wild, considerate, nurturing or curious. She often portrayed them lying on a rug against a subtle background of wallpaper. She also painted the cats and kittens amidst magnificent, richly decorated interiors with thick rugs, antique furniture, books, chests and other objects. Although she painted mainly in a realistic manner at the beginning of her long career, in the course of her career she experienced an unmistakable development in the direction of Impressionism.

Paintings by Henriette Ronner-Knip in the collection of Kunsthandel Bies: 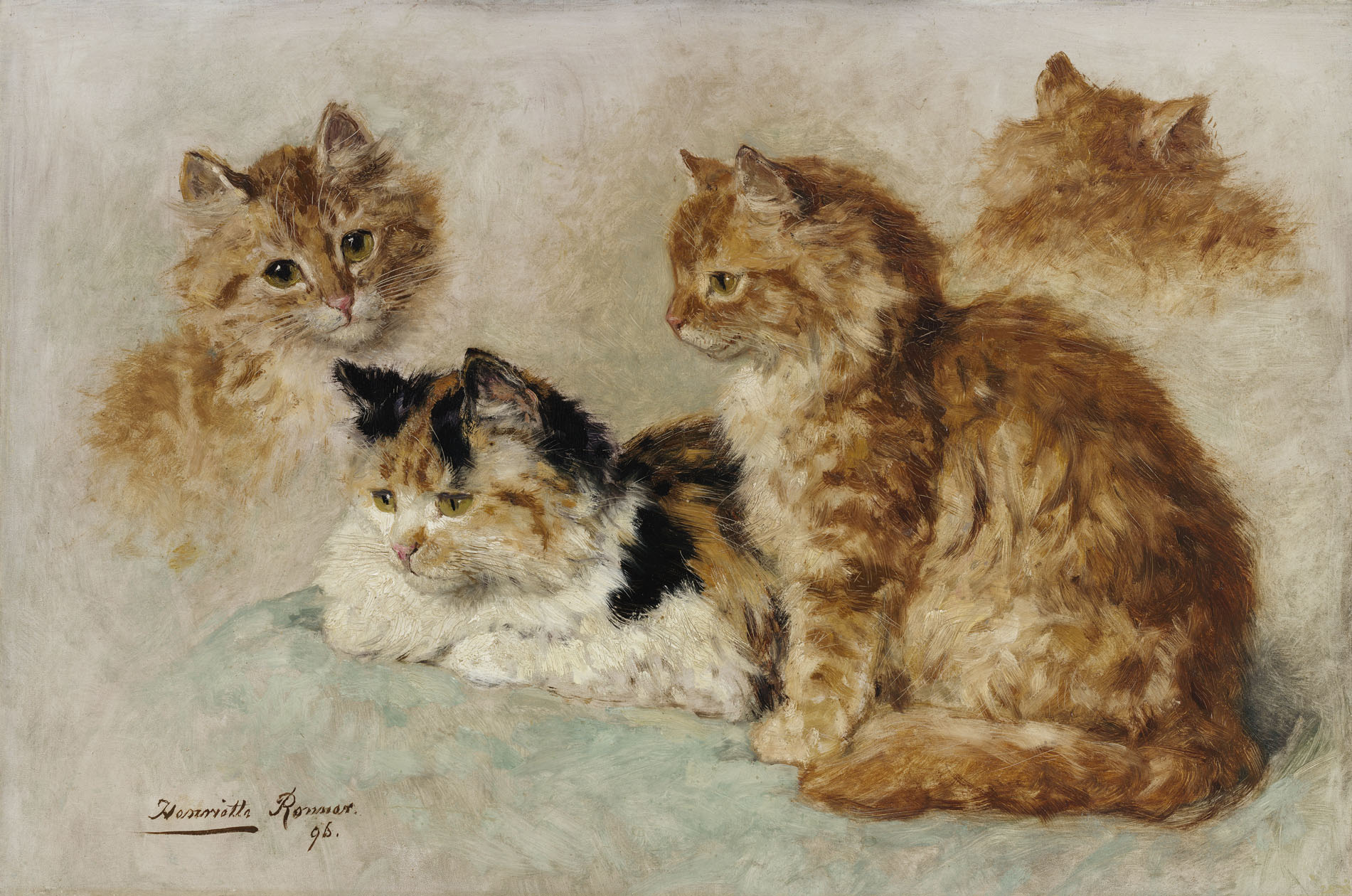 A study of four ginger cats 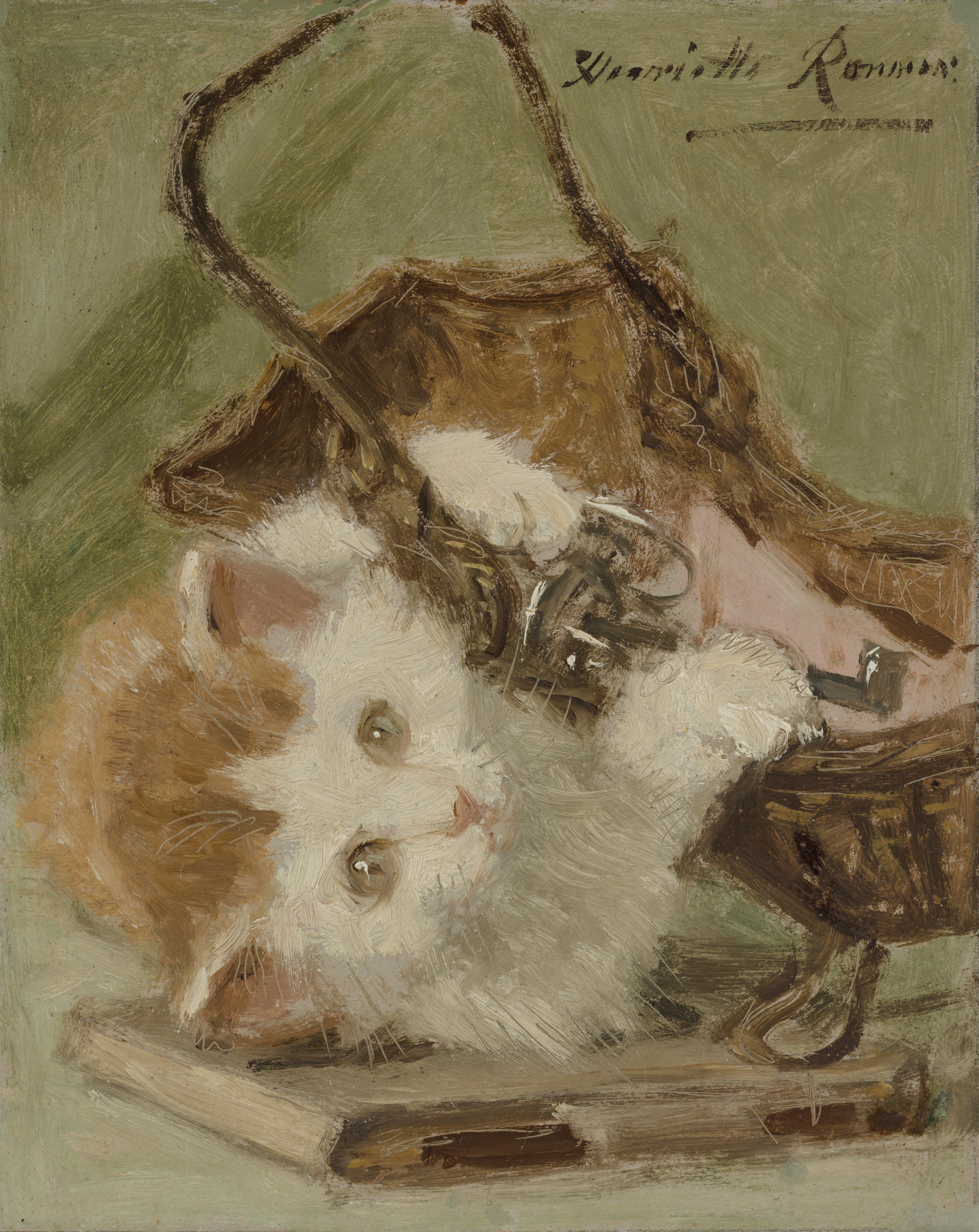 A kitten playing with a key basket