After completing his education at the Royal Academy of Art in Amsterdam in 1888, Hart Nibbrig went to Paris for ten months to study at the Académie Julian. In the ‘City of Light’, he became acquainted with Theo van Gogh, Vincent’s younger brother, who was working at the firm Boussod & Valadon. It is through this famous Parisian art gallery that Hart Nibbrig first came into contact with the colourful works by painters such as Claude Monet, Camille Pisarro, Edgar Degas, Georges Seurat and Vincent van Gogh. These artists were considered avant garde at the time and received little recognition from art critics and the general public, yet Hart Nibbrig was deeply impressed by the new painting style.

Once back in the Netherlands, it took many years before the impressions gained in Paris were visible in Hart Nibbrig’s paintings. The influence of the work of the Amsterdam Impressionists such as George Hendrik Breitner and Isaac Israels was quite strong at the Amsterdam Academy during the 1880’s and 1890’s. Thick impasto paint layers and dark colours were in favour. Until 1894 Hart Nibbrig was still experimented furiously with colour, technique and choice of subject.

His “discovery” in 1892 of the bulbfields around Hillegom and Bennebroek transformed his palette, making it brighter and lighter. In 1894 he moved to the famous artist colony in Laren, were he was inspired to create impressionistic landscapes and town views with bright colours and great luminosity. As the French Neo-Impressionist painters, he even started to paint the sky and parts of the landscape using the Pointillist technique. By combining small dots of paint of complementary colours in dense patterns, the Pointillists created an optical effect whereby all the different hues combined to form one diffuse field of colour. The result was a purer, more intense chromatic impression. Hart Nibbrig was also inspired by an exhibition in The Hague by Belgian Luminists, who applied Pointillism rather more freely in their work. Not that Hart Nibbrig was ever a strict adherent; he always combined his Pointillism with more Impressionistic brushstrokes.

As such, Hart Nibbrig became one of the first Luminist painters in the Netherlands. He made one of his first Pointillist paintings around 1894 with which he joined the ranks of painters such as Jan Toorop (1858-1928), Co Breman (1865-1838) and Hendricus Petrus Bremmer (1871-1956) as one of the few artists in our country working with this technique.

Paintings by Ferdinand Hart Nibbrig in the collection of Kunsthandel Bies: 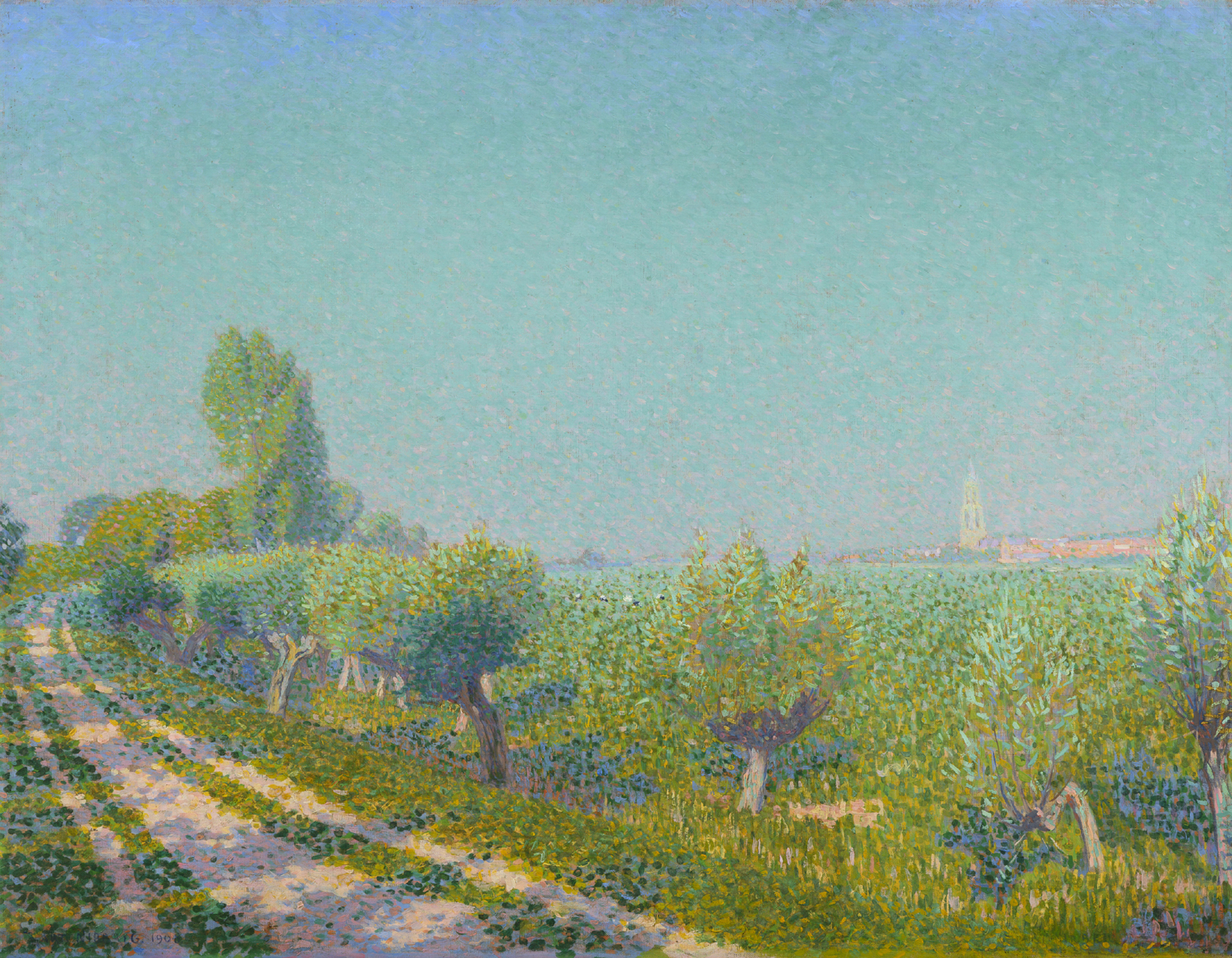