David Oyens was the identical twin brother of  Pieter Oyens, who was an artist himself. Born in Amsterdam, the twins spend a great deal of their life and carreer in Brussels, painting figures and genre scenes from artist’s life. Because they painted both themselves as well as each other, it can be difficult to tell them apart. Pieter’s death in 1894, due to a stroke,  came as a shock to David. David died only a few years later and was buried next to his brother.

Paintings by David Oyens in the collection of Kunsthandel Bies: 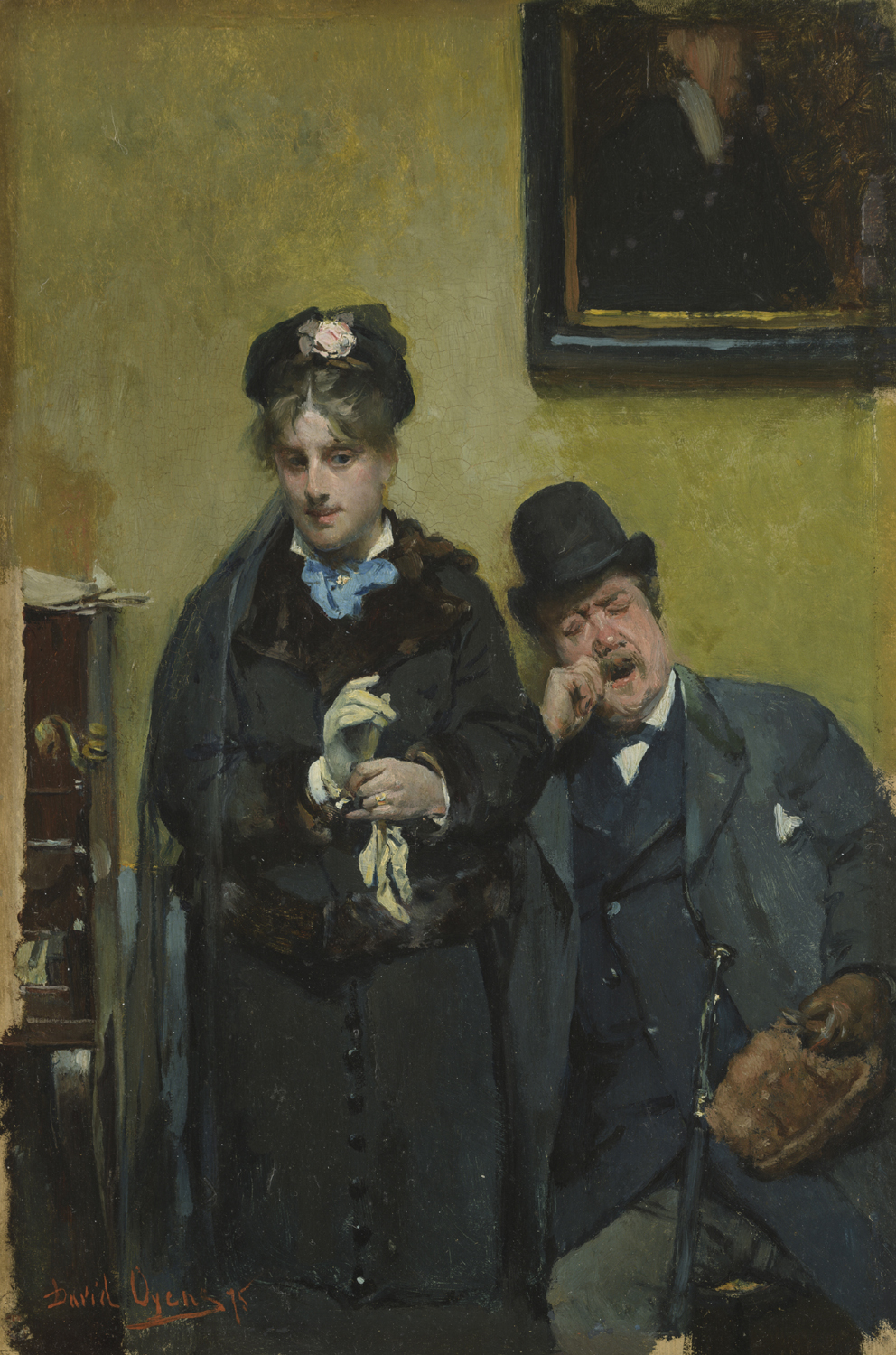