Animal painter Albertus Verhoesen was Born in Utrecht in 1806. He studied under Bruno van Straaten. Later on he was taught by landscape artist Jan van Ravenswaay and cattle painter Pieter Gerardus van Os. Apart from Utrecht, Verhoesen also worked in Hilversum for a while. From 1824 till 1826 he lived in the artist colony, together with famous artist Barend Cornelis Koekkoek. Subsequently Verhoesen moved to Amersfoort, where became director at the local drawing School for almost twenty years. In 1853 he went back to Utrecht, where he passed away in 1881. Apart from paintings, Verhoesen made several etchings and lithographies. He was teacher of his son Johannes Marinus Verhoesen and of Dirk van Lokhorst.

Besides barn sheds and landscapes with cattle, Verhoesen showed a great interest in depicting poultry. In this subject matter, the artist achieved his highest level of artistic skill. Therefore, his landscapes with poultry are most sought-after. They are characterised by an eye for detail and a very accurate and precise painting style. Works by Albertus Verhoesen can be found in The Centraal Museum In Utrecht, Museum Boymans-van Beuningen in Rotterdam and the Rijksprentenkabinet (Rijksmuseum Print Room) in Amsterdam.

Paintings by Albertus Verhoesen in the collection of Kunsthandel Bies: 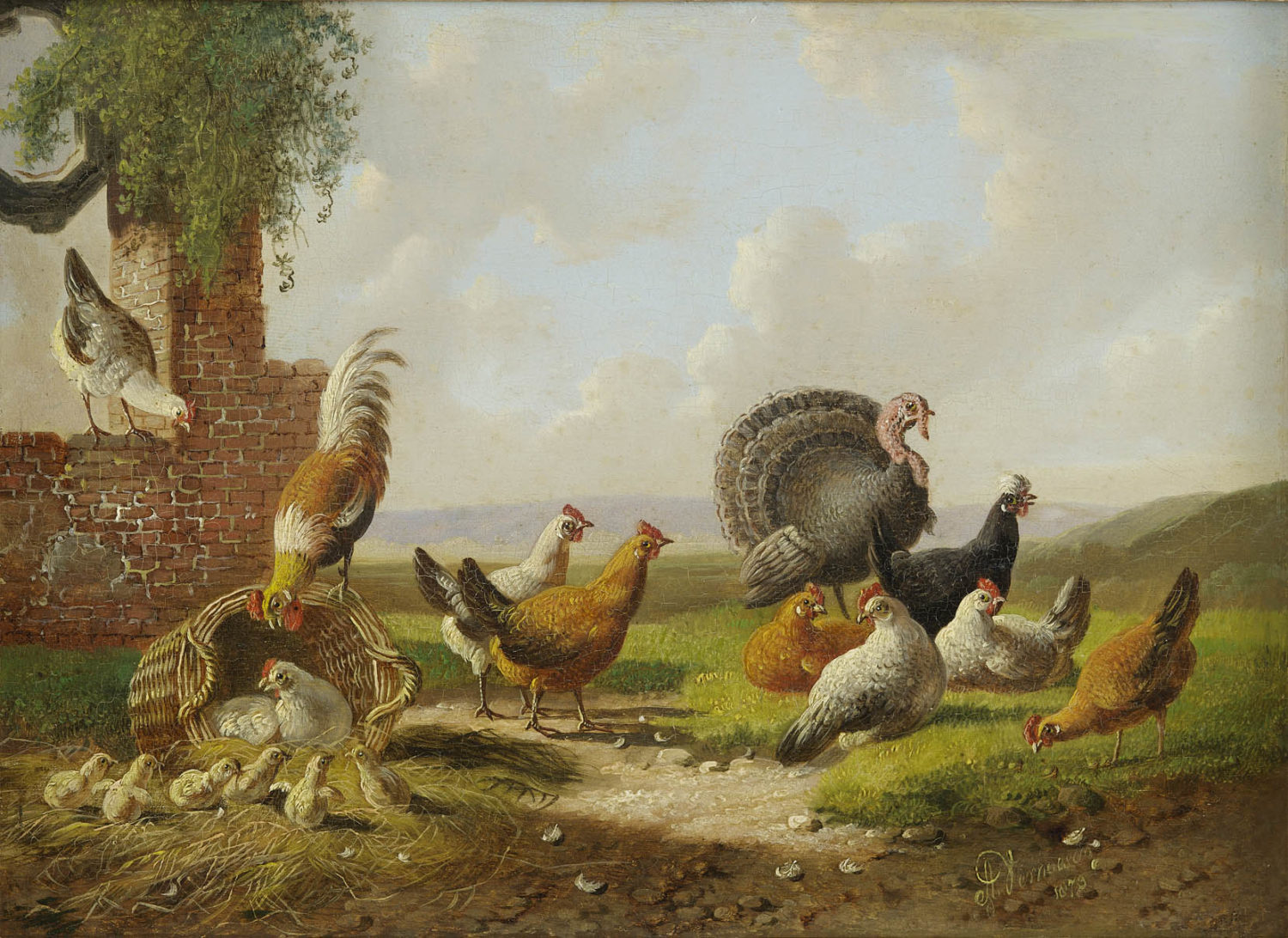 A landscape with poultry (110A) 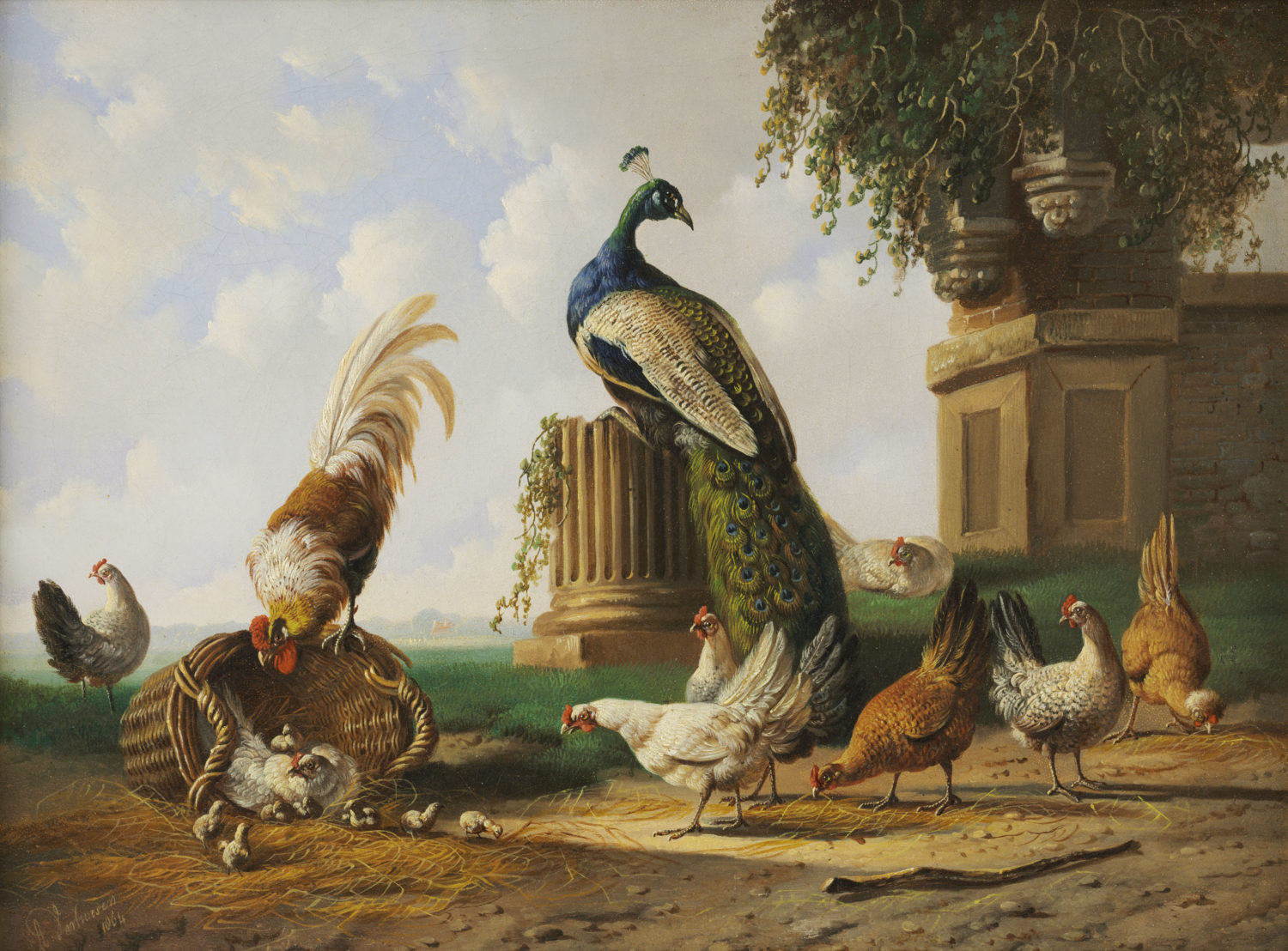 A landscape with poultry (111) 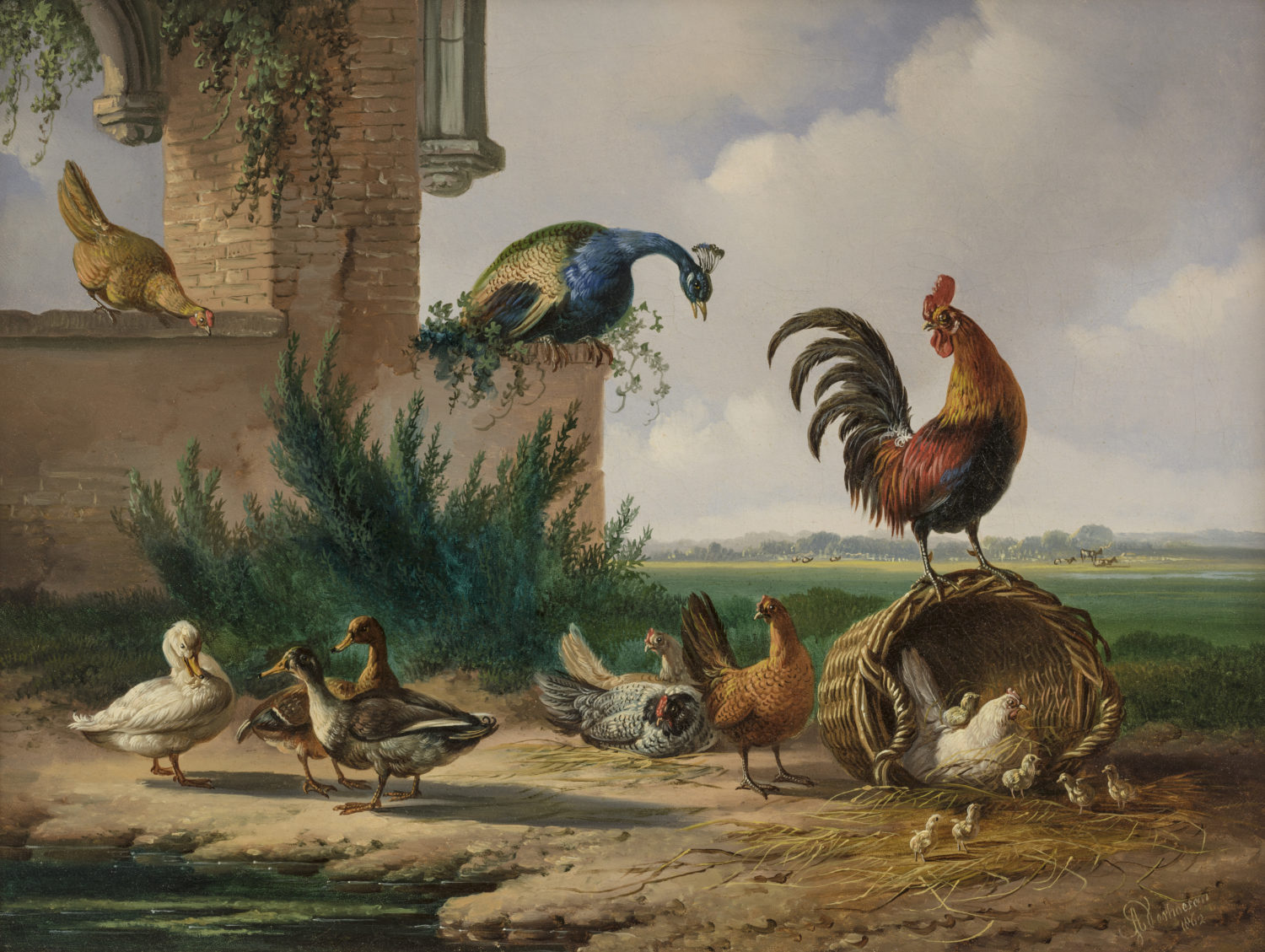 A landscape with poultry (112) 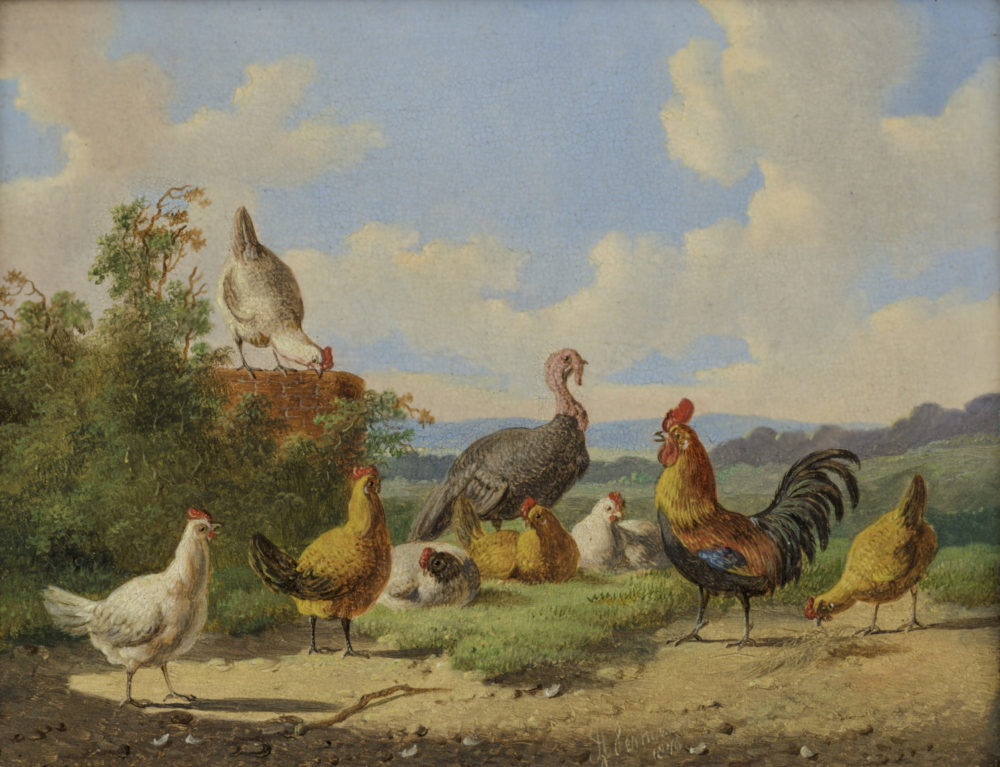 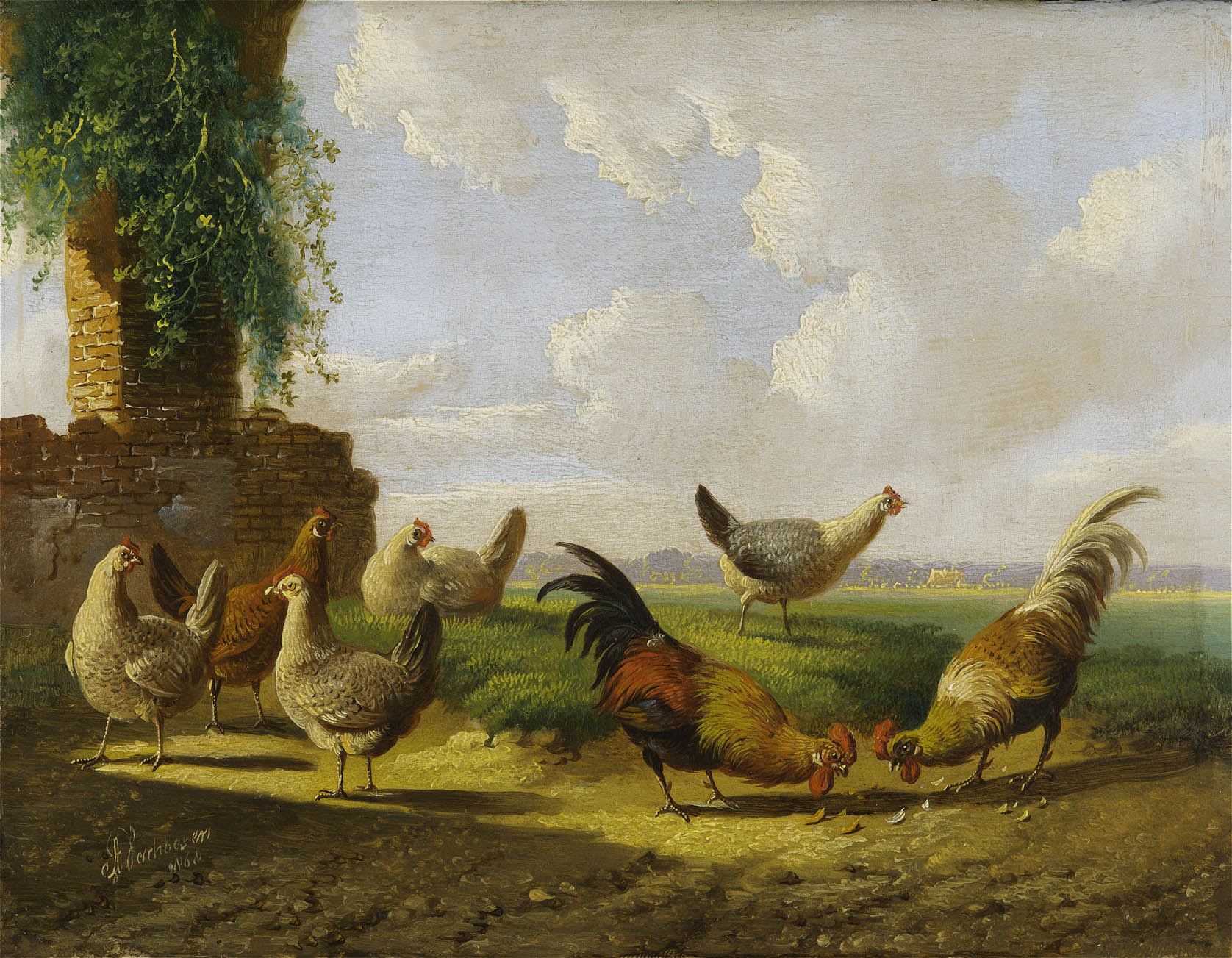