Abraham Hulk, son of a Dutch merchant and an English mother, was born in London. After the Hulk family returned to The Netherlands, In Amsterdam, he enrolled at the Art Academy, where he became a pupil of portrait painter Jean Augustin Daiwaille (1786-1850). After he finished his education, Hulk initially went back to London. In 1833 however, he decided to try his luck as a portrait painter in America. Hulk went on a two month journey to Boston and later visited New York and Albany. Eventually he returned back to the Netherlands. Apparently the long days at sea made a great impression on him, as back home he decided to become a marine painter. As such, he built a respectable career, both in the Netherlands and in the United kingdom.

Unlike his English colleagues, Abraham Hulk didn’t make any historic battles or ship portraits. Following the Dutch Romantic Movement he preferred to paint atmospheric seascapes and river landscapes in all kinds of weather. He animated the water and estuaries by various types of fishing vessels and working fishermen. His works show similarities with those of Johannes Christiaan Schotel (1787–1838) and Louis Meijer (1809– 1866).

Hulk worked in Amsterdam, Enkhuizen, Haarlem, Nijkerk and Oosterbeek. In 1870 he desired to return to England. He finally passed away in Zevenaar, the Netherlands, at the age of 83. He was a highly respected marine painter, both in England, as well as in the Netherlands.

Paintings by Abraham Hulk in the collection of Kunsthandel Bies: 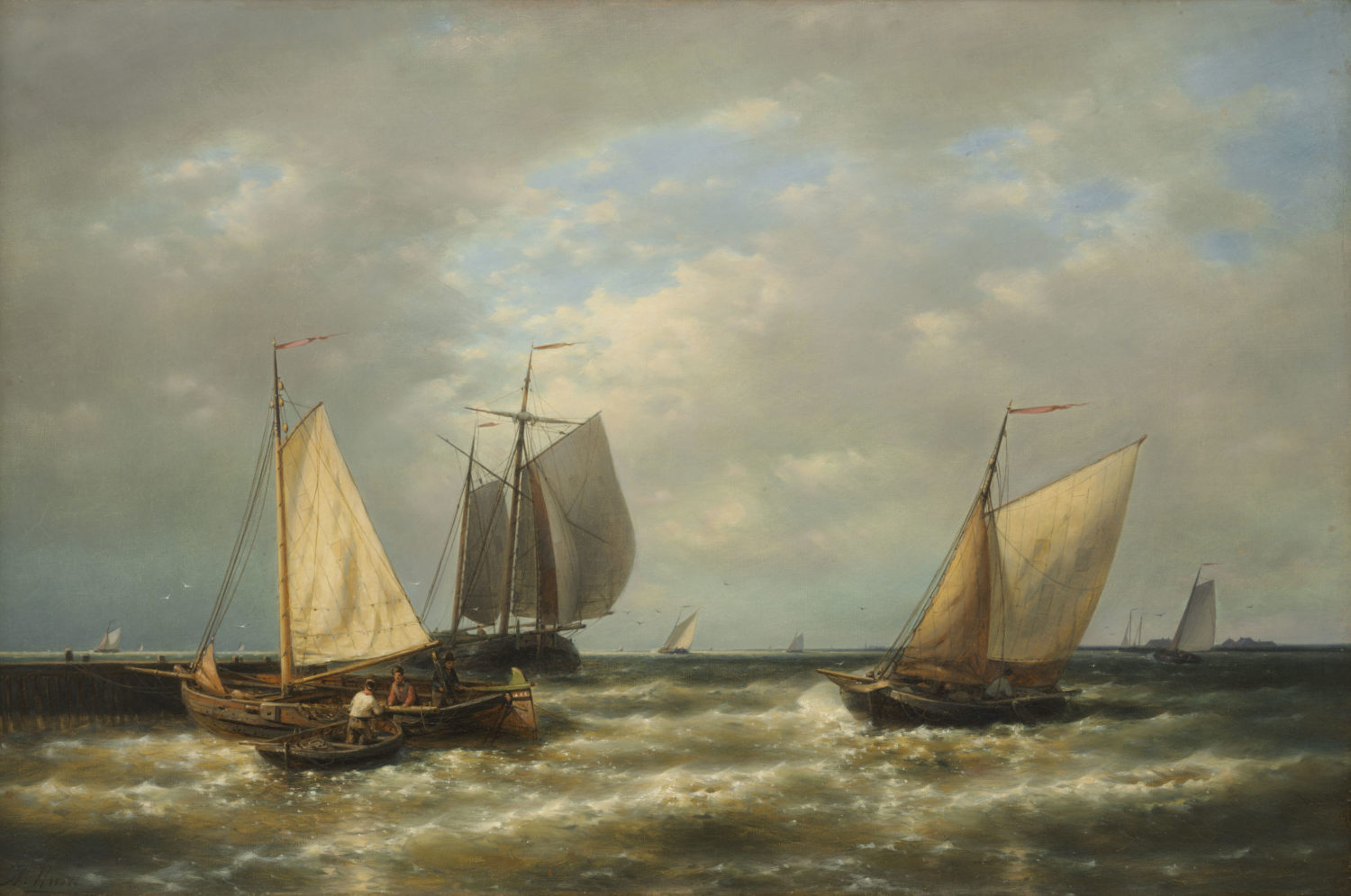 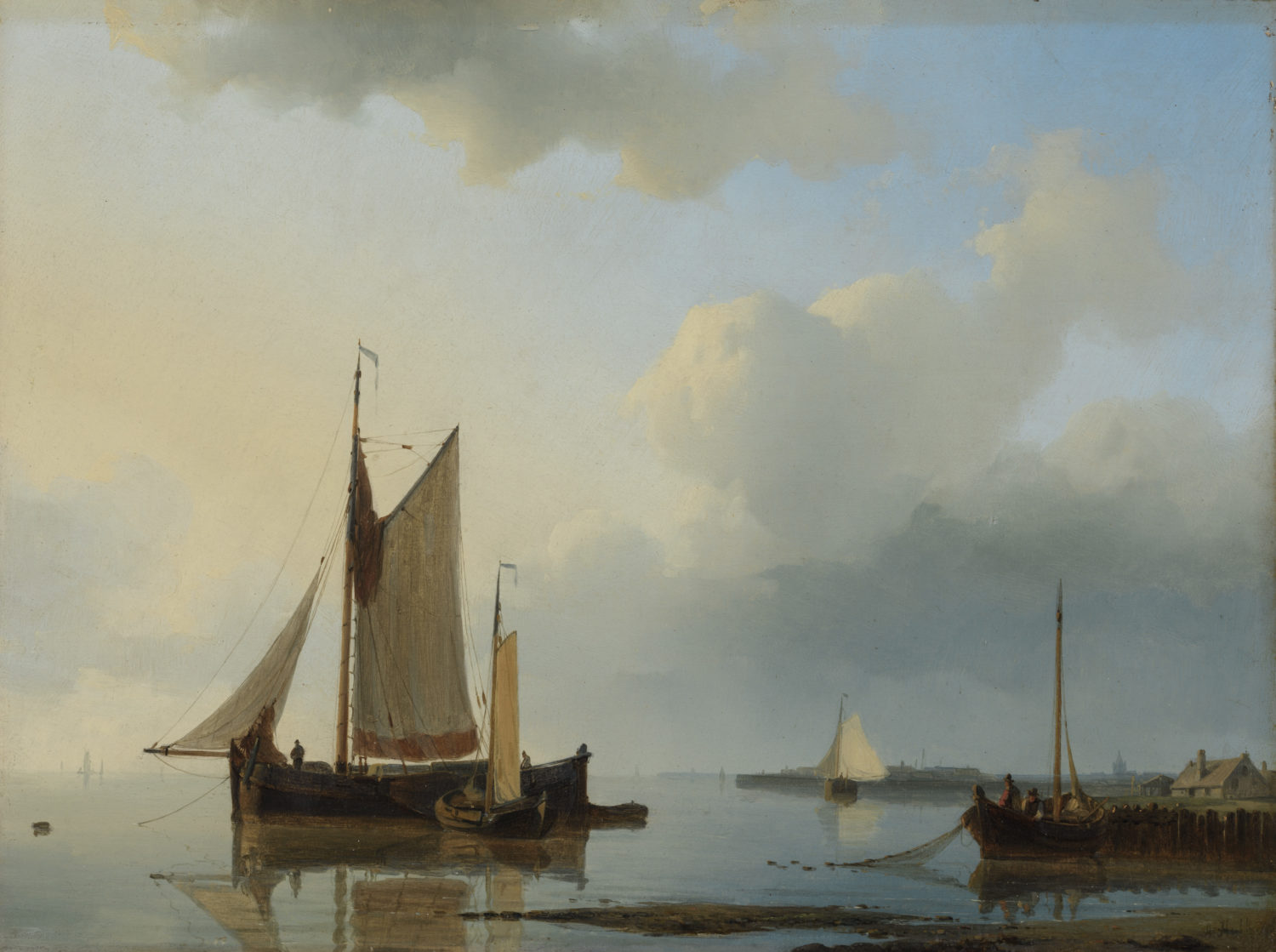 Ships off the Dutch coast Shipping in a calm