In the period between 1880 and 1930 many Dutch painters sought inspiration beyond our national borders. Some artists travelled very far to the Orient to capture it’s exotic life. Amongst others, Willem Hofker, Gerard Adolfs, Willem Dooijewaard and Isaac Israels have oriental subjects in their oeuvres. But the most pronounced orientalist of the Netherlands is Marius Bauer. His reputation is based almost exclusively on oriental depictions.

Bauer was a true adventurer. “It cannot be too ‘far away’ for my taste! And the stranger and more wondrous everything is, the more I enjoy it,” he wrote to his friend, journalist Maurits Wagenvoort. A large number of travels, made possible by art dealer Elbert Jan van Wisselingh, took Bauer from Europe to Turkey, Palestina, Northern Africa and the Far East. His biggest sources of inspiration might have been Constantinople and India. Places he immediately associated with the stories of One Thousand and One Nights. Bauer made sketches and drawings on location and later developed those into etchings, watercolours and paintings with his characteristic, impressionistic stroke. Although his subjects are strictly orientalist, Bauer always had a ‘Dutch’ touch when it comes to use of colour. He did not incorporate the intense, vivid colours from the way the French Orientalists painted into his style.

Works by Marius Bauer can seem to be images from a dream. Certain elements such as well-known buildings, exotic elements and traditional clothing summon familiar scenes, for experienced travellers and people who never went to the Orient alike. These specific associations were very important to Bauer. To him, reality was nothing more than a source of inspiration and he preferred to paint from imagination. This helps to explain why Bauer waited quite long to create works from subjects he encountered during his travels. On this he said that it is not remembering reality which is hard, but rather forgetting it.

Paintings and watercolours by Marius Bauer in the collection of Kunsthandel Bies: 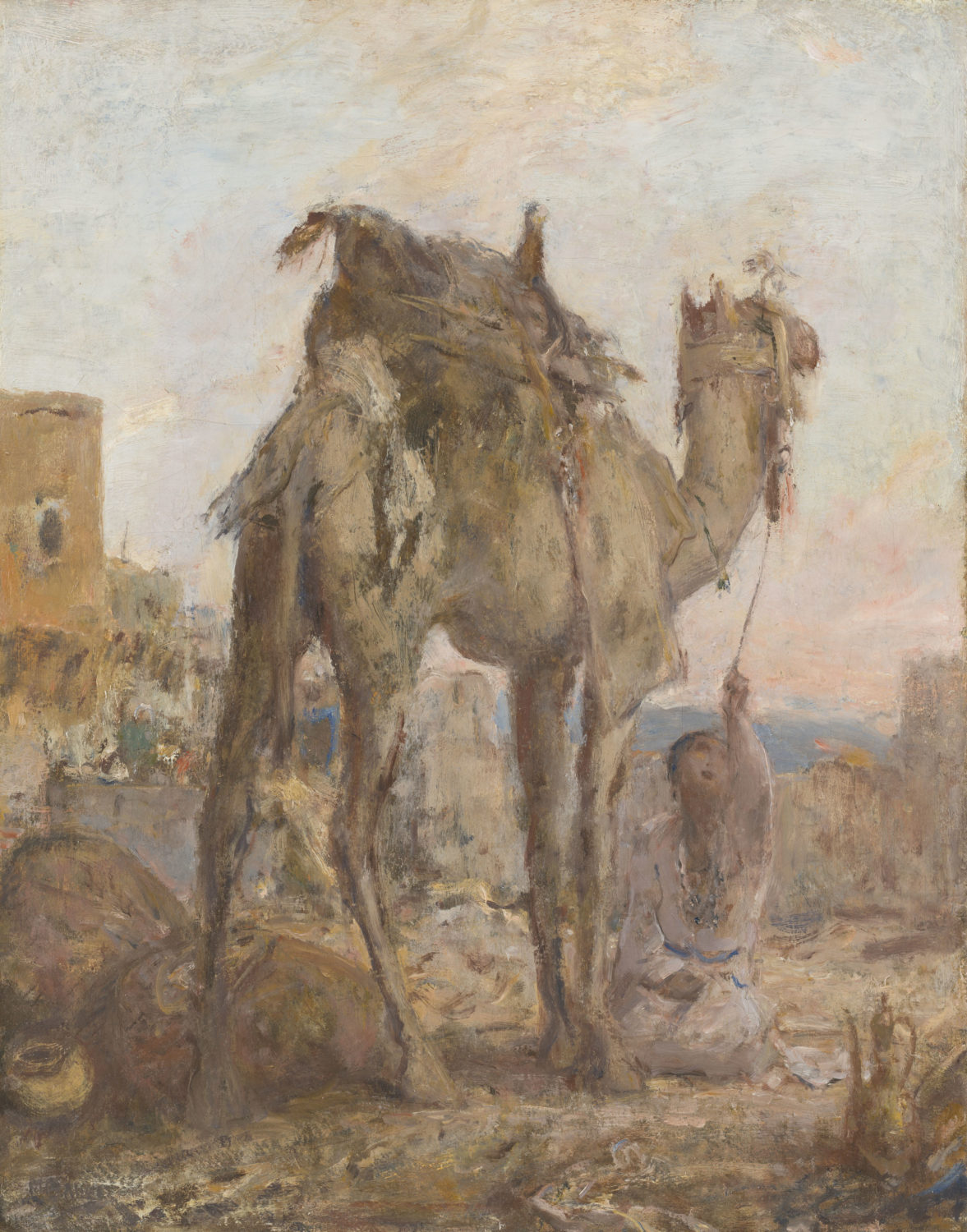 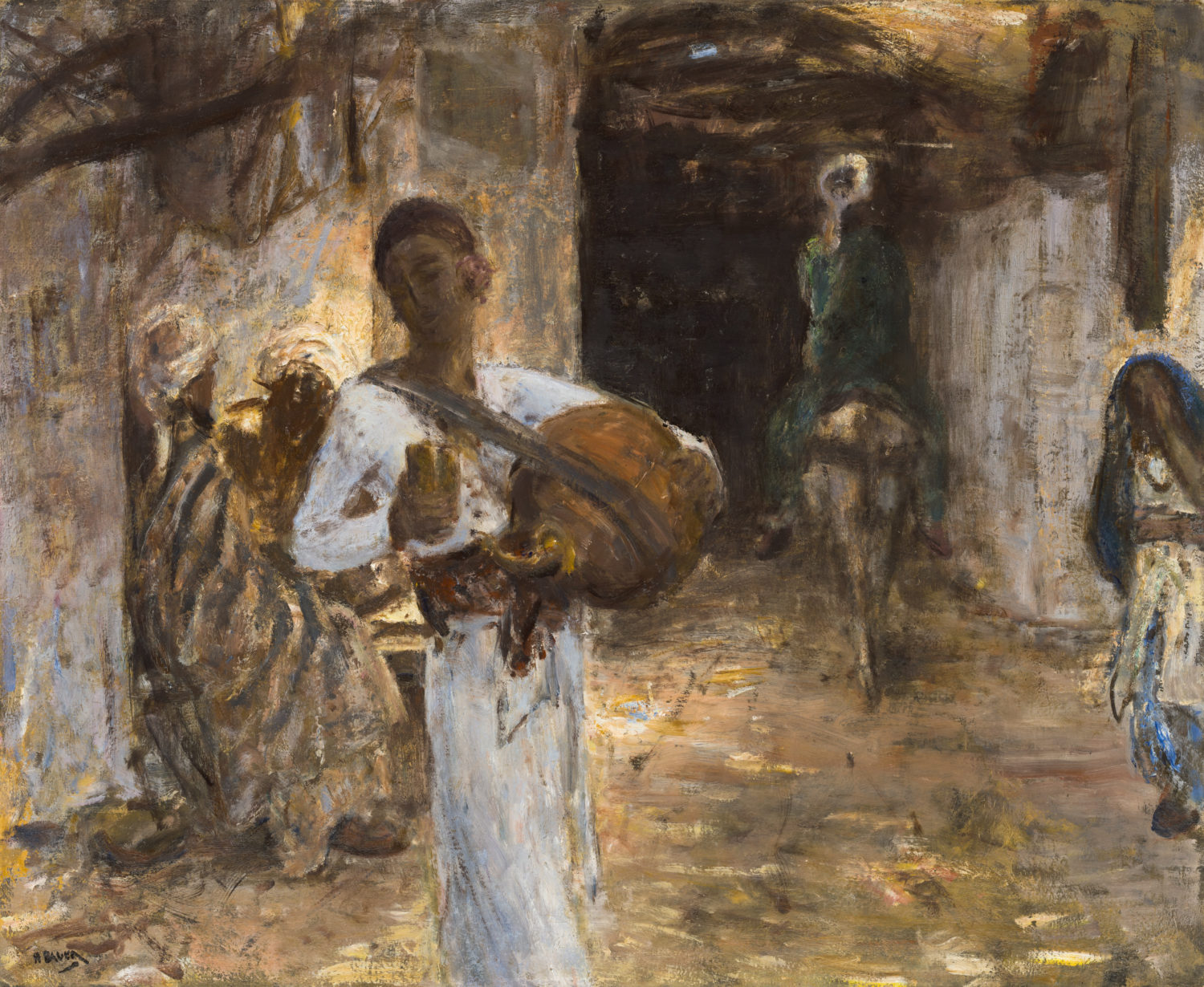 Sculptures in the garden of Chateau de Versailles A covered Street in Marrakesh 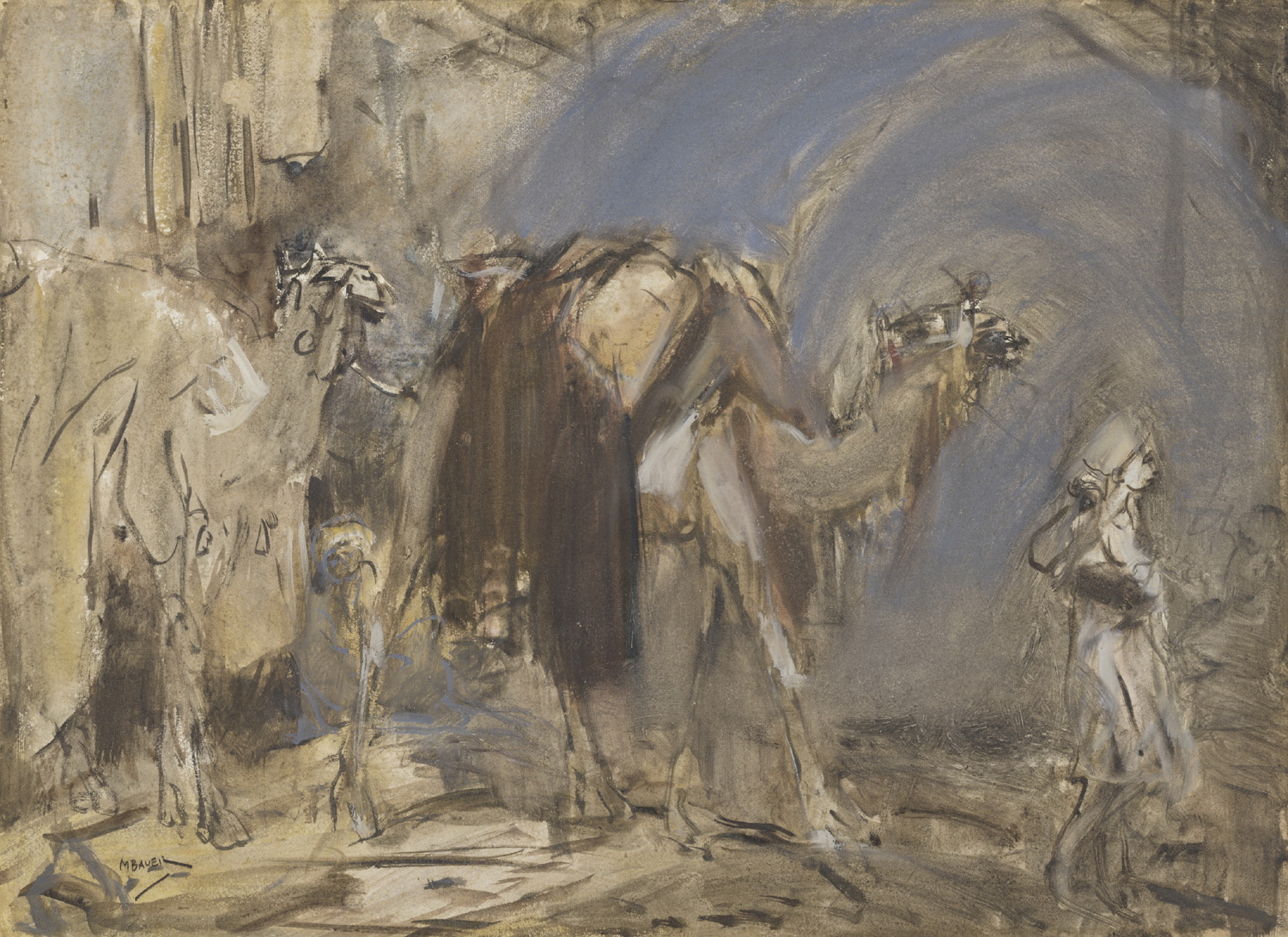 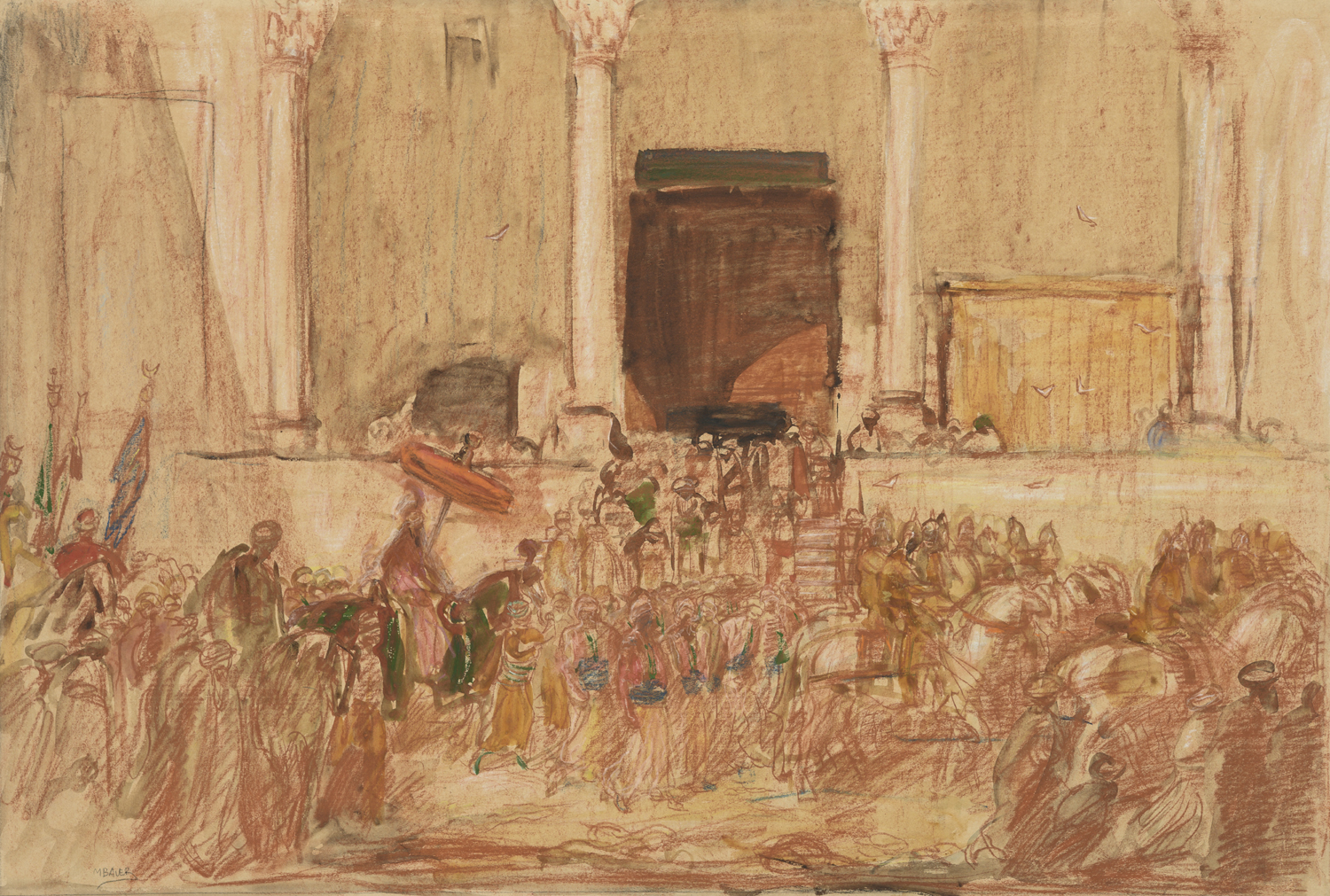 A parade in front of a palace 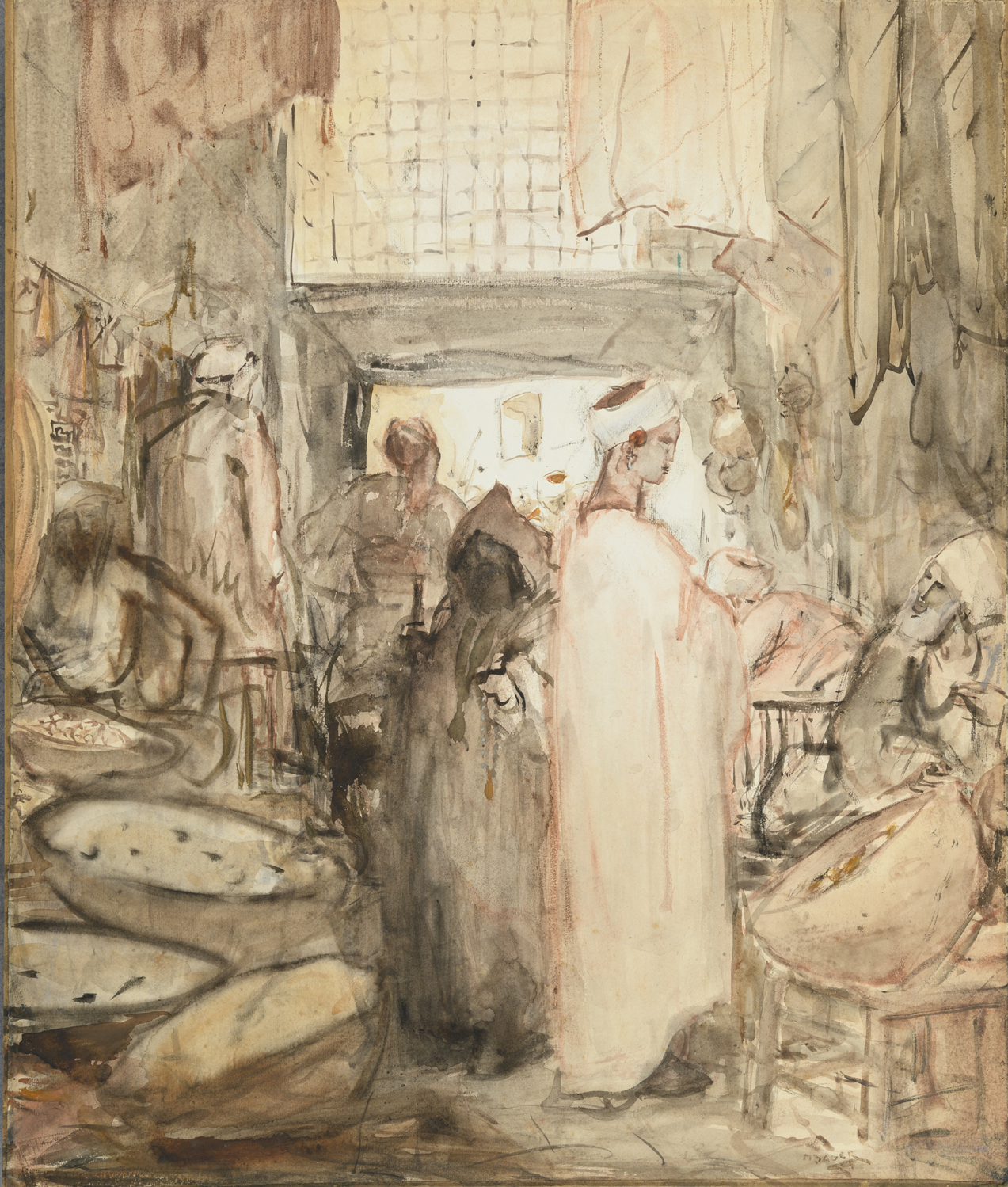