Johannes Bosboom was born in The Hague on 18 February 1817. He made acquaintance with the famous cityscape painter Bart van Hove, who became his next-door neighbour. Van Hove greatly encouraged Bosboom to develop his artistic talent. Thus, at the age of fourteen, Bosboom started as a student both at the studio of Van Hove and at the Royal Academy of Art in The Hague. After these studies he travelled along the Rhine together with Samuel Verveer, for example in the areas near Utrecht, Nijmegen, Cologne and Koblenz. Later he went to Paris and Rouen in France. Especially the beautiful churches he encountered, with sunlight coming in through the windows, left a deep impression on him. So Bosboom decided to specialise in church interiors. And although he was from a Lutheran family, he also found inspiration in Catholic churches and synagogues.

Paintings by Johannes Bosboom show his sense of perspective and depth. His palette was typically warm, but austere. Because of his strong chiaroscuro (contrast between light and dark colours) he is sometimes compared to Rembrandt. In his early work, every detail is worked out accurately, in line with the Dutch Romantic School. Later work shows influences from Impressionism, with wider brush strokes and a focus on the essence of his subject, with details left out. Although Bosboom was relatively insecure about his own work, he was known as a great painter already during his life. Within his oeuvre watercolours take a special place. From the 1880s onwards he mostly painted watercolours on paper, which are greatly appreciated by collectors.

Paintings and watercolours by Johannes Bosboom in the collection of Kunsthandel Bies: 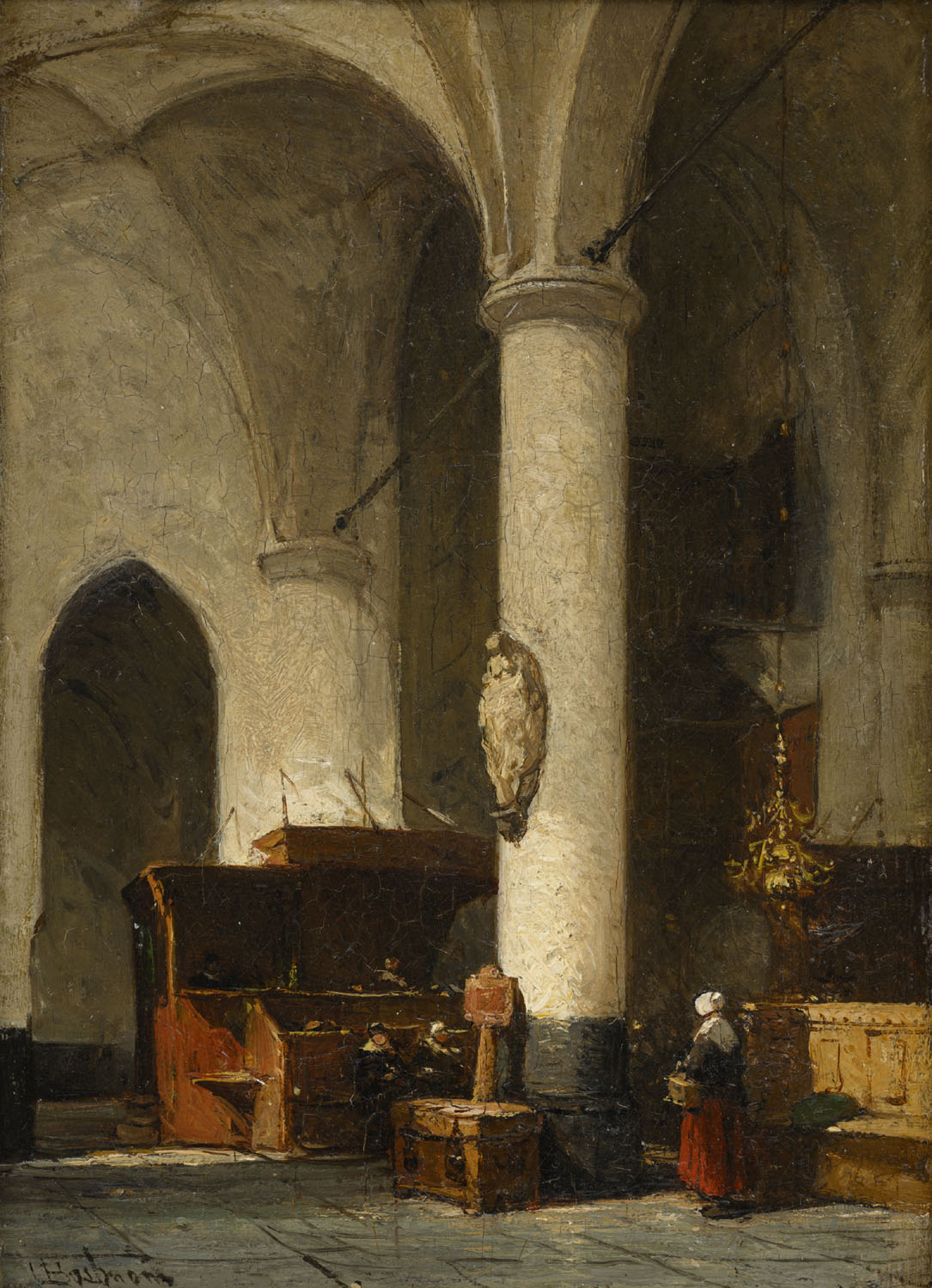 Interior of the Hervormde Kerk in Hattem 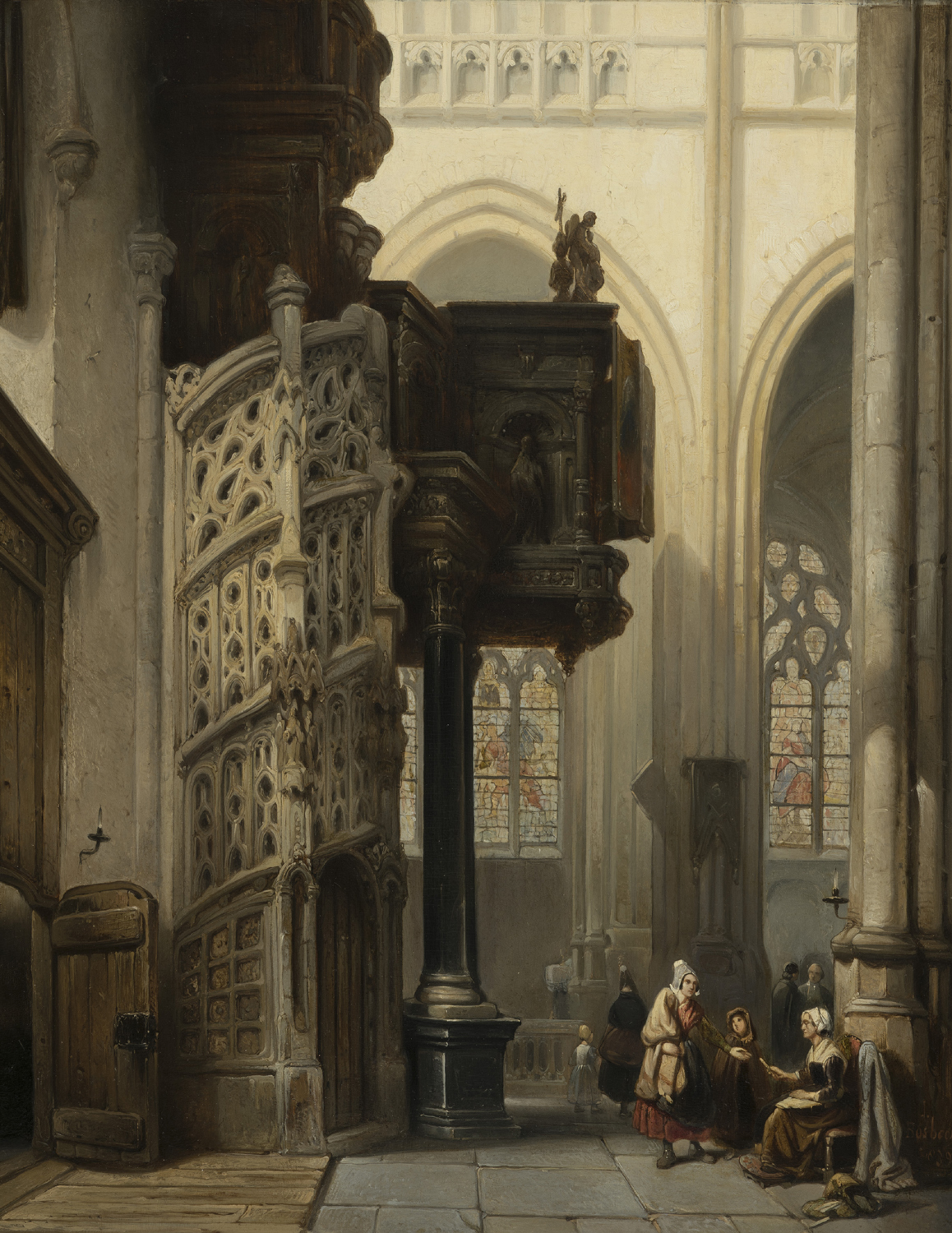 Interior of the St Maclou Church in Rouen, France 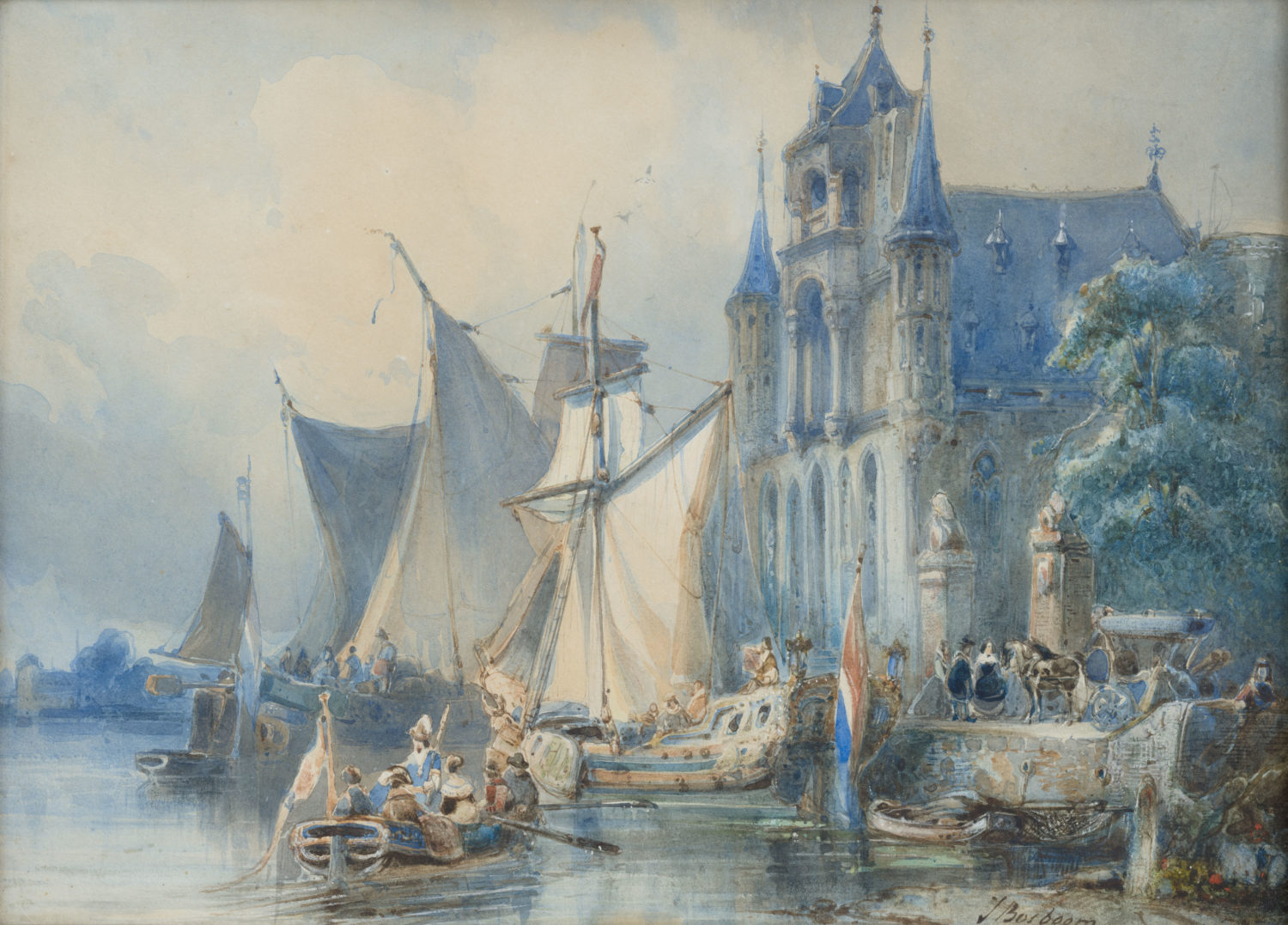 A yacht anchoring at the quay in front of a church