Instead of becoming a painter, Bernardus Johannes Blommers almost became a lithographer in his father’s printing establishment. This situation changed in 1863 when he began studying at the Hague Art Academy where he met Willem Maris. Through him, Blommers came into contact with other artists. On the beach at Scheveningen, he happened to get talking to his great idol Jozef Israëls, a meeting that would lead to a lifelong friendship. Since Israëls was over 20 years his senior and had already built up an established reputation as founder of the Hague School, he also became an important advisor for Blommers.

Both Blommers and Israëls were real figure painters. They often painted these figures against a background of a landscape, interior or a beach. The beach scenes, usually painted in the area of Scheveningen and Katwijk, are now also still the most popular. However, these two painters took a different approach to this subject. Israëls mainly emphasized the harsh existence of fishermen: the toil, the hard work and missing their wives and children while they were at sea. The faces of his figures, including the young children, usually look quite sad. On the other hand, Blommers saw the sunny side of Scheveningen. He enjoyed observing the mooring pinks, the fishermen and the carefree, playing children. As a father of a large family, he was moved by the sight of these young children, walking carefully across the sand, or playing with a little toy boat.

Blommers also painted scenes derived from the fisherman’s life. Many of his interiors and figural pieces were sold abroad. His landscapes and beach scenes with fishermen and women were more popular in the Netherlands. Earlier works by Blommers are characterised by precise drawing. Figures have well-defined contours, details of clothing and furniture have been worked out accurately, the vision of these work is closer to Romanticism than to Impressionism. In later work colour and light became more important and his stroke became looser. They were given a clear pallet of soft tones of green, blue, yellow and ochre.

The work of Bernardus Blommers was greatly appreciated. Already in 1868 he won a gold medal on the Hague exhibition. Many awards in the Netherlands and abroad would follow. Many of his paintings and watercolours were sold abroad, amongst others to England, Schotland, Canada and the United States. Large railway magnates such as James Staats Forbes and John Reid owned works by him. In 1904, when Blommers visited the United States, Blommers had the honour of being personally received by President Theodore Roosevelt. In turn, many Americans visited the Netherlands during their European tour in order to meet Blommers personally.

Paintings and watercolours by Bernardus Johannes Blommers in the collection of Kunsthandel Bies: 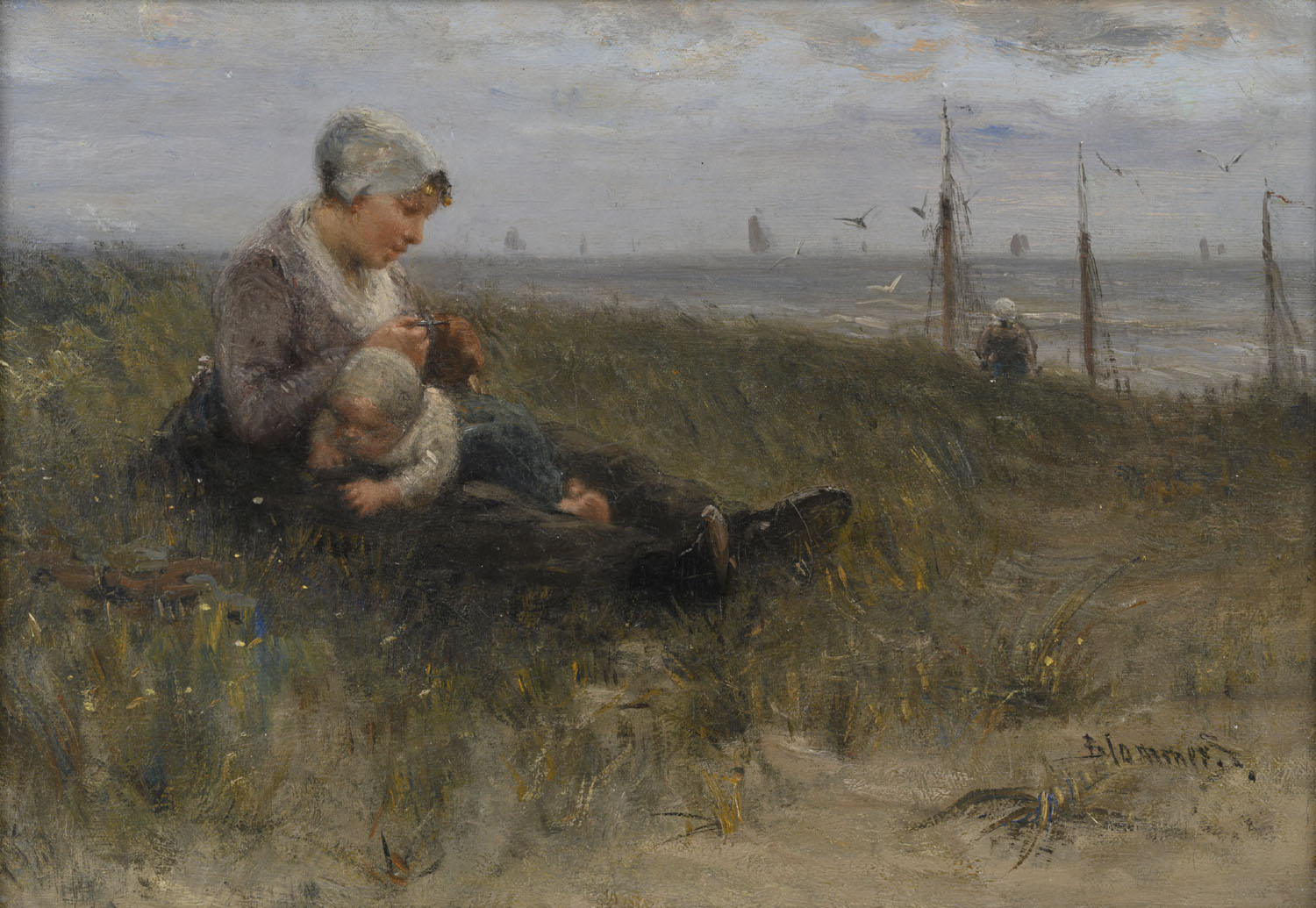 Mother and child in the dunes