The question that often arises is whether Otto Eerelman became best known for his paintings of dogs or of horses. It is a fact that the painter from Groningen was extremely popular in his home province. He was highly respected there during his life and it is with good reason he was called the ‘Northern Rembrandt’. Yet Eerelman also gained a great reputation in the rest of the country, in part due to numerous commissions he received from the royal family from 1880 onwards. During his life, Eerelman’s paintings were internationally popular, principally in Belgium and Germany and nowadays his work has even spread to the United States. In past years, his dog paintings in particular have become highly appreciated in the art market.

Eerelman’s initial preference was for making historic scenes, yet such pictures were going somewhat out of fashion. On the other hand however, animal portraits were becoming increasingly popular in the second half of the 19th century. A new phenomenon was occurring: the emergence of domestic animals as pets. Whereas horses, dogs and cats were originally kept for their practicality or as working animals, the rapid increase in the wealth of the upper levels of society through industrialisation enabled them to keep animals for sport or pleasure as well. Rich citizens eagerly wanted their favourite animals immortalised in paintings. This was an obvious opportunity for Eerelman, who had previously demonstrated his exceptional talent for drawing and painting horses and dogs.

Even though Eerelman also made portraits of other dog breeds, Saint Bernards are nowadays the most sought-after subjects. Eerelman’s most important clients were predominantly rich citizens and nobility. Those clients increasingly asked for paintings of dogs. Therefore, Eerelman built a small boarding kennel in his garden to accommodate the dogs he immortalised.

Much like other famous animal painters, for example Henriette Ronner-Knip, Eerelman was outstanding at depicting the physiognomy of the animals. You can actually read their characters and emotions from his paintings.

Paintings by Otto Eerelman in the collection of Kunsthandel Bies: 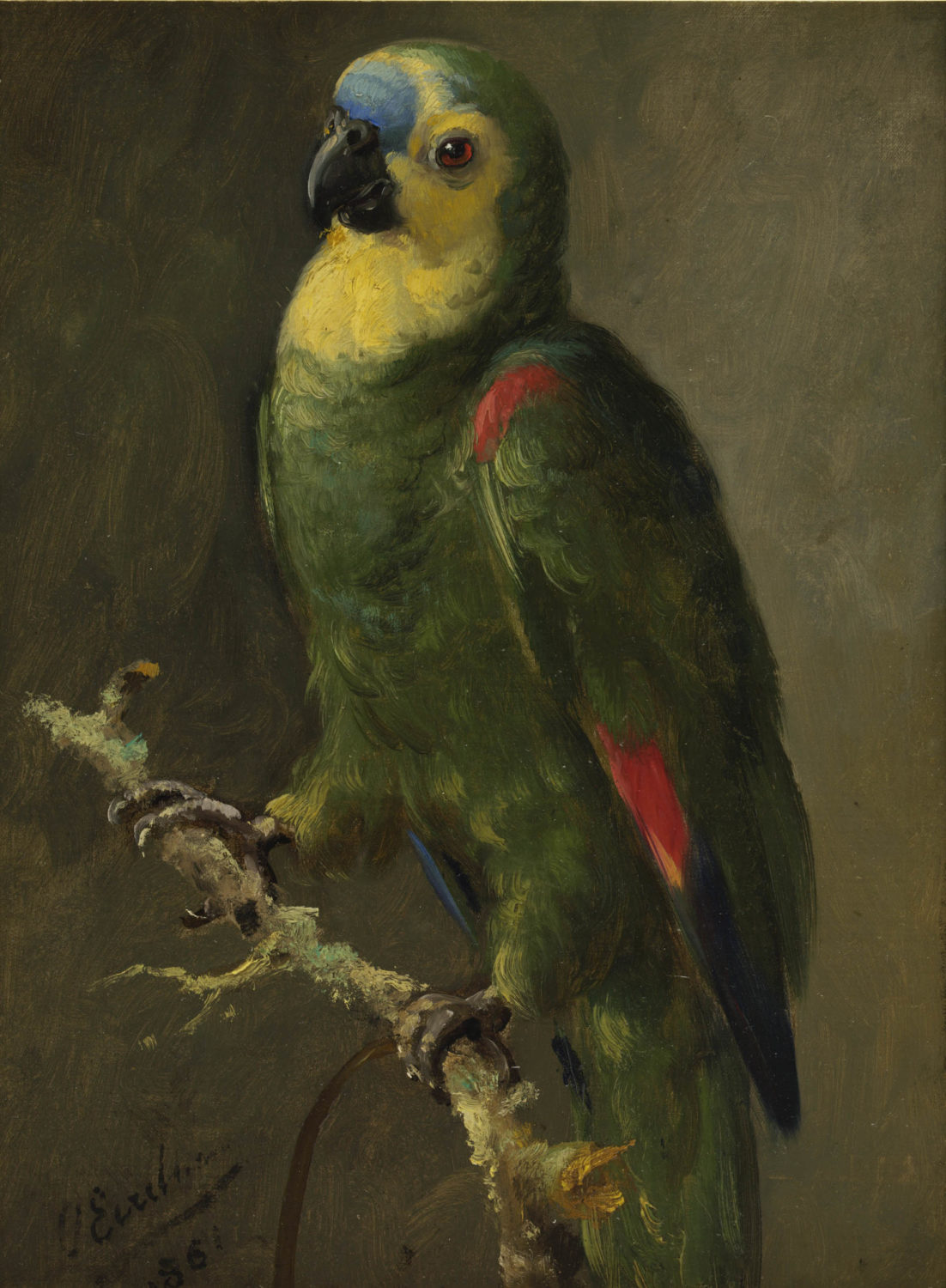 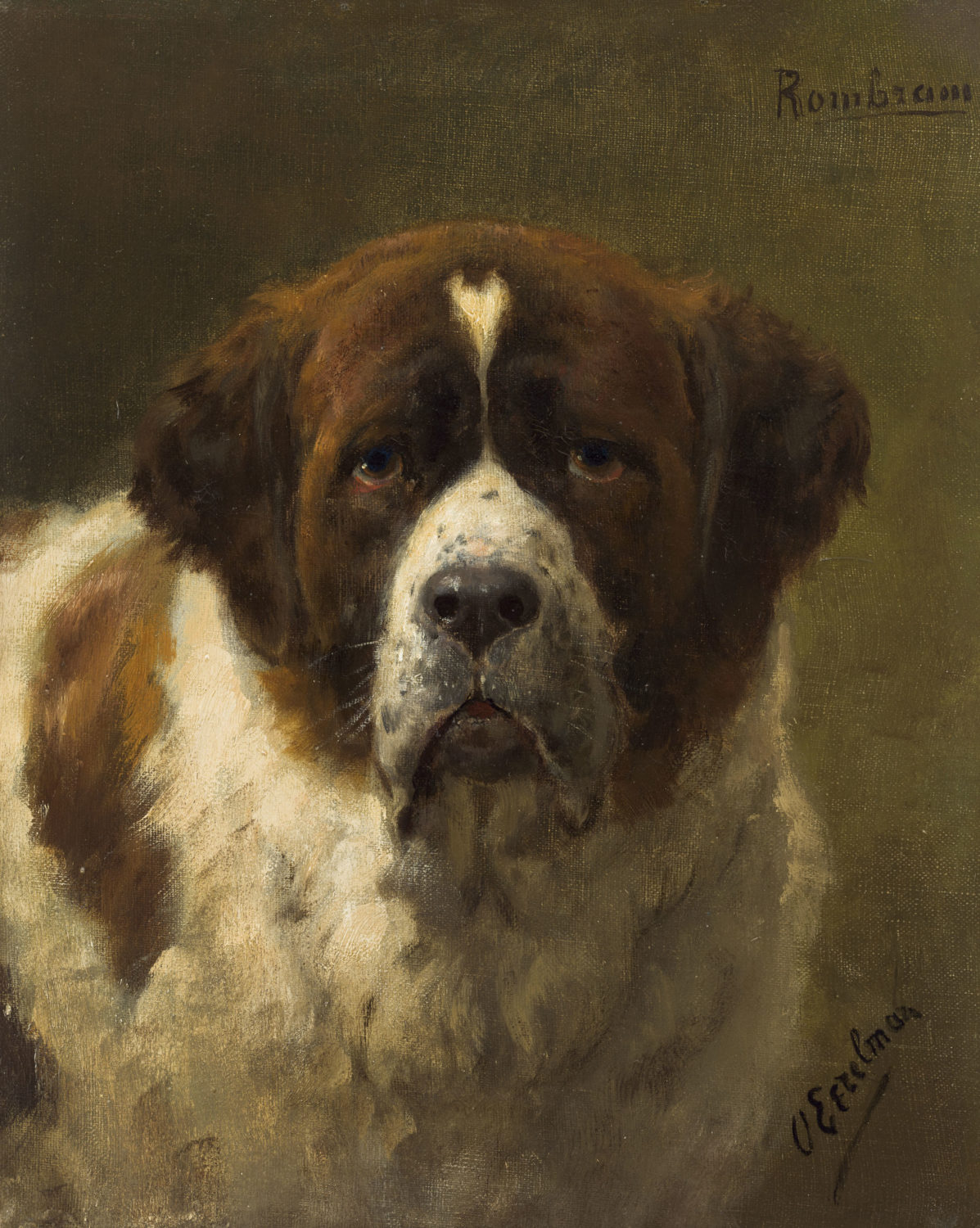 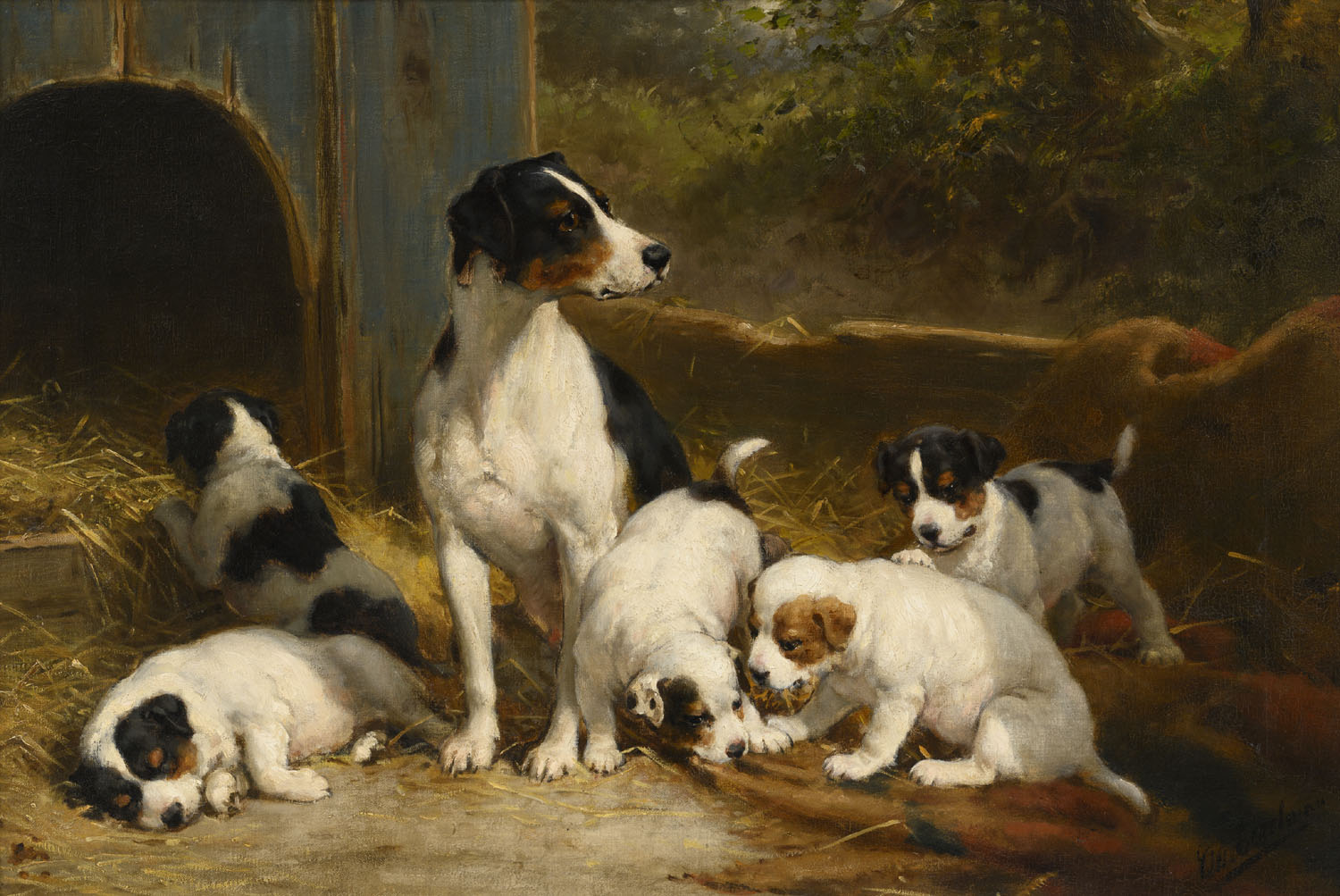