Louis Apol was born in The Hague. He received his drawing education from Johannes Franciscus Hoppenbrouwers and Pieter Stortenbeker. Afterwards he studied at the Academy in The Hague for six years. His focus in painting became snowy winter landscapes. Apol’s talent was discovered early on: when he was only 18 years old he exhibited at the triennial exhibition in The Hague and three years later he received a royal grant. The atmospheric painting Januari-avond in het bosch was bought by the government in 1875, for the collection of the Rijksmuseum in Amsterdam.

There are not many other painters who are associated with winter landscapes as much as Louis Apol. His winter scenes deviate in an important aspect from paintings of his predecessors Andreas Schelfhout, Charles Leickert, Frederik Marinus Kruseman and Hoppenbrouwers, who worked per the traditions of Romanticism. These older contemporaries usually lavishly decorated their winter views with for example skaters, sleighs and koek-en-zopie stalls, while figures were much less important to Apol. He focused on nature itself, on capturing its grandeur and he gave considerable attention to the incidence of light. Therefore, Louis Apol was a true Impressionist. He is viewed as one of the most esteemed landscape painters of the Hague School.

Louis Apol chose his subjects mostly in the area around his place of birth. The Hague forest is where he found most of his inspiration. But he also made a few paintings of Nova Zembla (Spitsbergen), which he had visited in 1880 as a crew member in an expedition. It was not just winter that inspired him, but particularly snow. His winter landscapes are thus almost always covered in snow, usually decorated only with a bridge, a castle or a stone gate. Only sporadically will you find figures in his compositions. As Apol scarcely dated his paintings, his early work can be recognised mostly by a more precise stroke and a relatively high level of detail. Later works are painted in a wider and smoother stroke. Next to warm white and grey tones, Apol also used subtle colour accents.

Paintings by Louis Apol in the collection of Kunsthandel Bies: 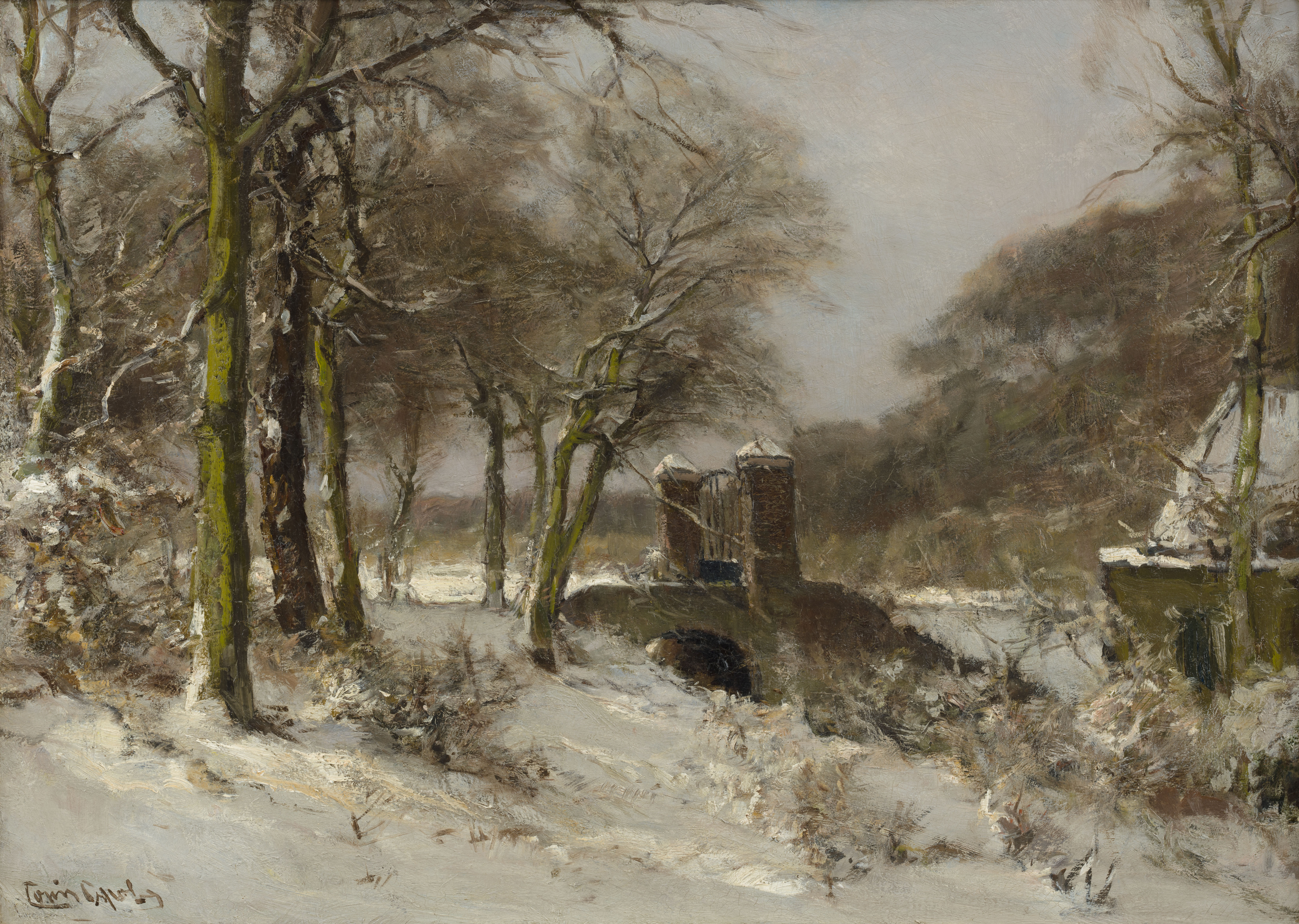 A gateway in Haagse Bos in winter 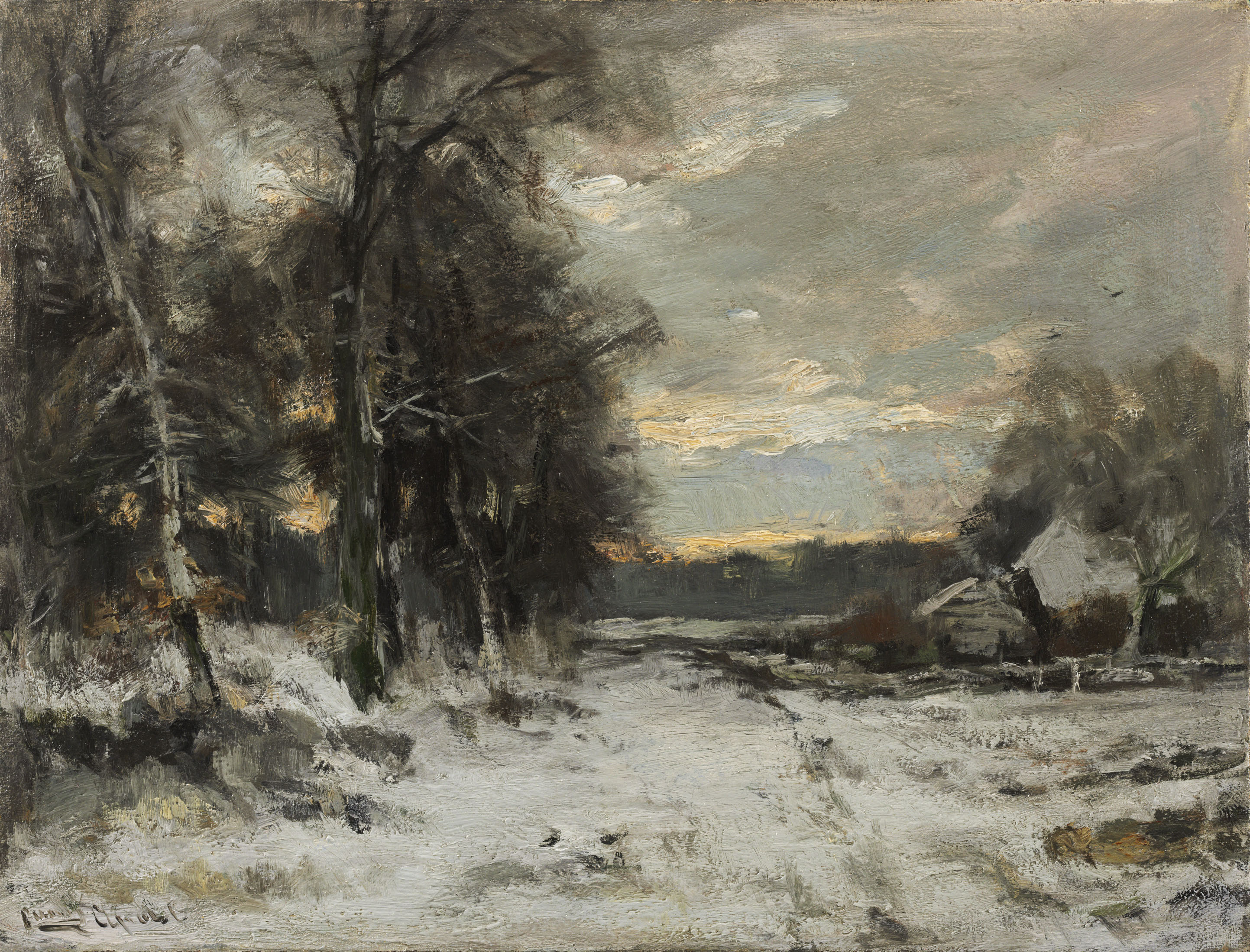 A forest landscape with a farmhouse in winter