Marinus Drulman was raised in Rotterdam, the city famous for its large international harbour. He studied at the local Art Academy and became a member of the Rotterdamse Kunstenaarssociëteit (Rotterdam artists’ society). Although he also painted landscapes and cityscapes, the artist became best known for his industrial harbour scenes of Rotterdam. His main subjects were large international merchant ships, with the cranes and the docks in the background. The artist used impressionists brushstrokes in blue and gray tones, only highlighted by a red hull of a ship. Drulman used his alias, ‘M. de Jongere’ to sign his works.

Paintings by M. de Jongere in the collection of Kunsthandel Bies: 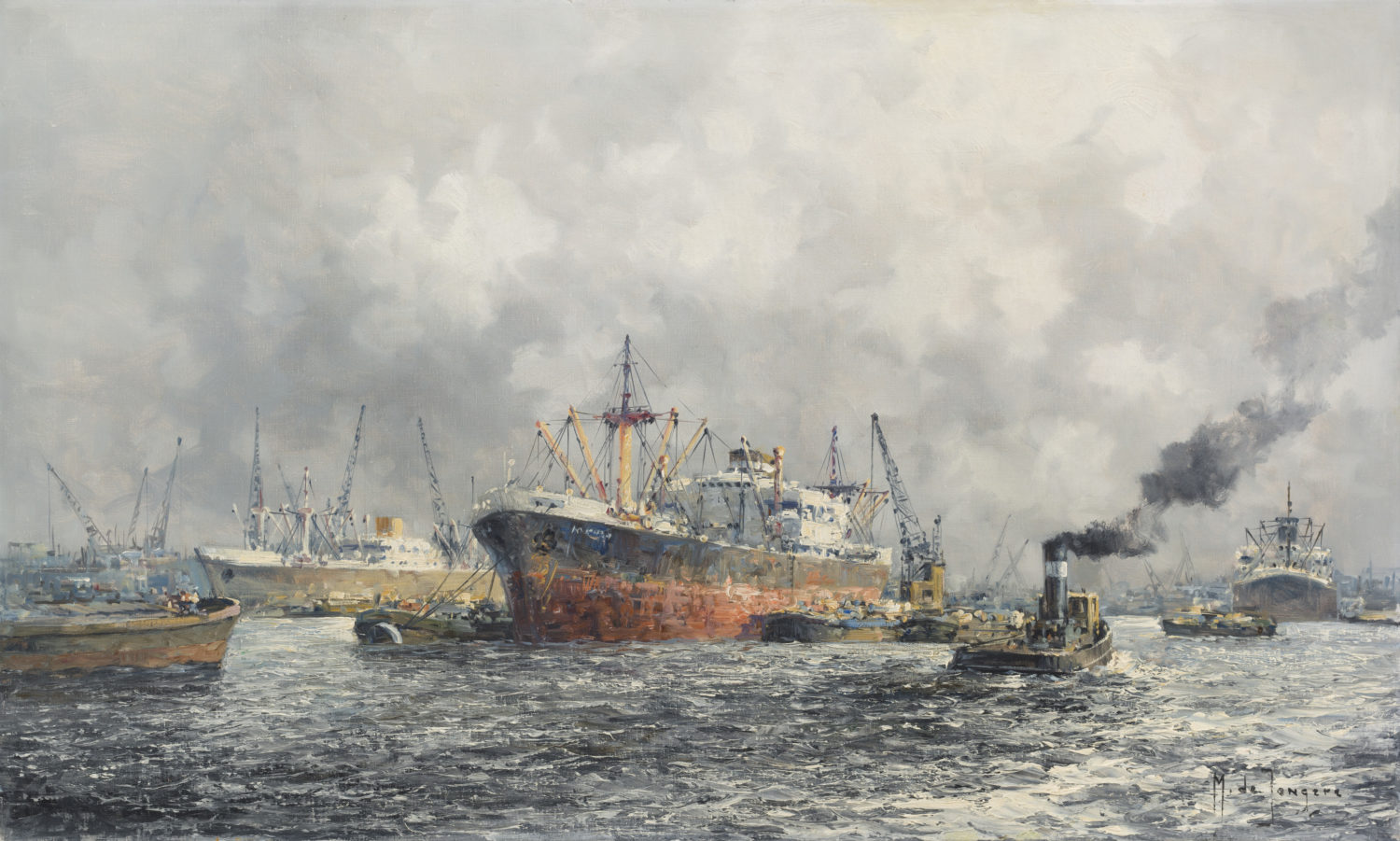 Rotterdam, a view of the harbour