Johan Scherrewitz belonged to the so-called second generation of Hague School artists. He worked and lived in Amsterdam, where we was taught by the landscape painter Geo Poggenbeek (1853-1903). The following years he stayed in Laren and Haarlem, before finally settling in Hilversum.

Scherrewitz became well-known for his landscapes with sheep, cows and horses but he really made his name with depictions of fishermen and fisherfolk on the coast of the North Sea. The rise of industry during the second half of the nineteenth century not only caused a strong orientation towards country life amongst painters. The middle class art collectors also shared those feelings. Both subject of peasant life as well as Dutch polder landscapes, dunes and heathland were in high demand. Not only in The Netherlands but far abroad.

Within the Netherlands Scherrewitz painted in the regions of the Achterhoek, Overijssel, the Veluwezoom, Lage Vuursche and in the villages of Heerle and Leende in province of Brabant. As mentioned before he worked at the North Sea cost. Scherrewitz also travelled to Belgium, Germany and France and lived in the United Kingdom for a while. (He exhibited at the Royal Academy of London in 1907 and Liverpool in 1909).

Scherrewitz’s international reputation grew rapidly. Many of his paintings found buyers in the United Kingdom, Scotland, the United States and Canada. Most of them were sold though the well-known London dealer Wallis & Son. Within the Netherlands Scherrewitz name as an artist was not emerging so quickly, probably because of the fact that so many of his paintings direct went abroad. But over time, Scherrewitz became a renowned artist in his own country. Particularly his pleasant beach scenes with shell fishers are highly sought-after.

Paintings by Johan Scherrewitz in the collection of Kunsthandel Bies: 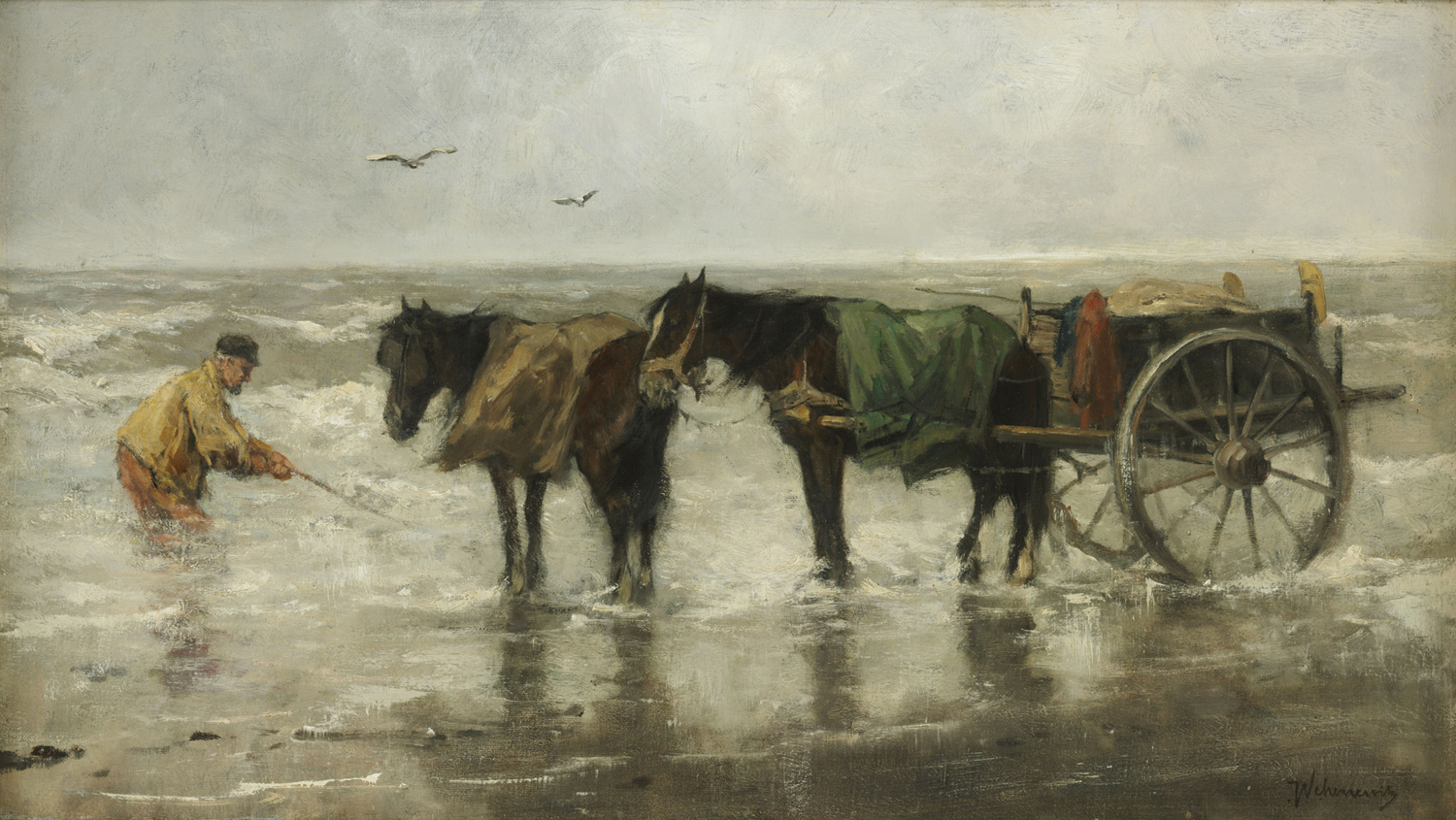 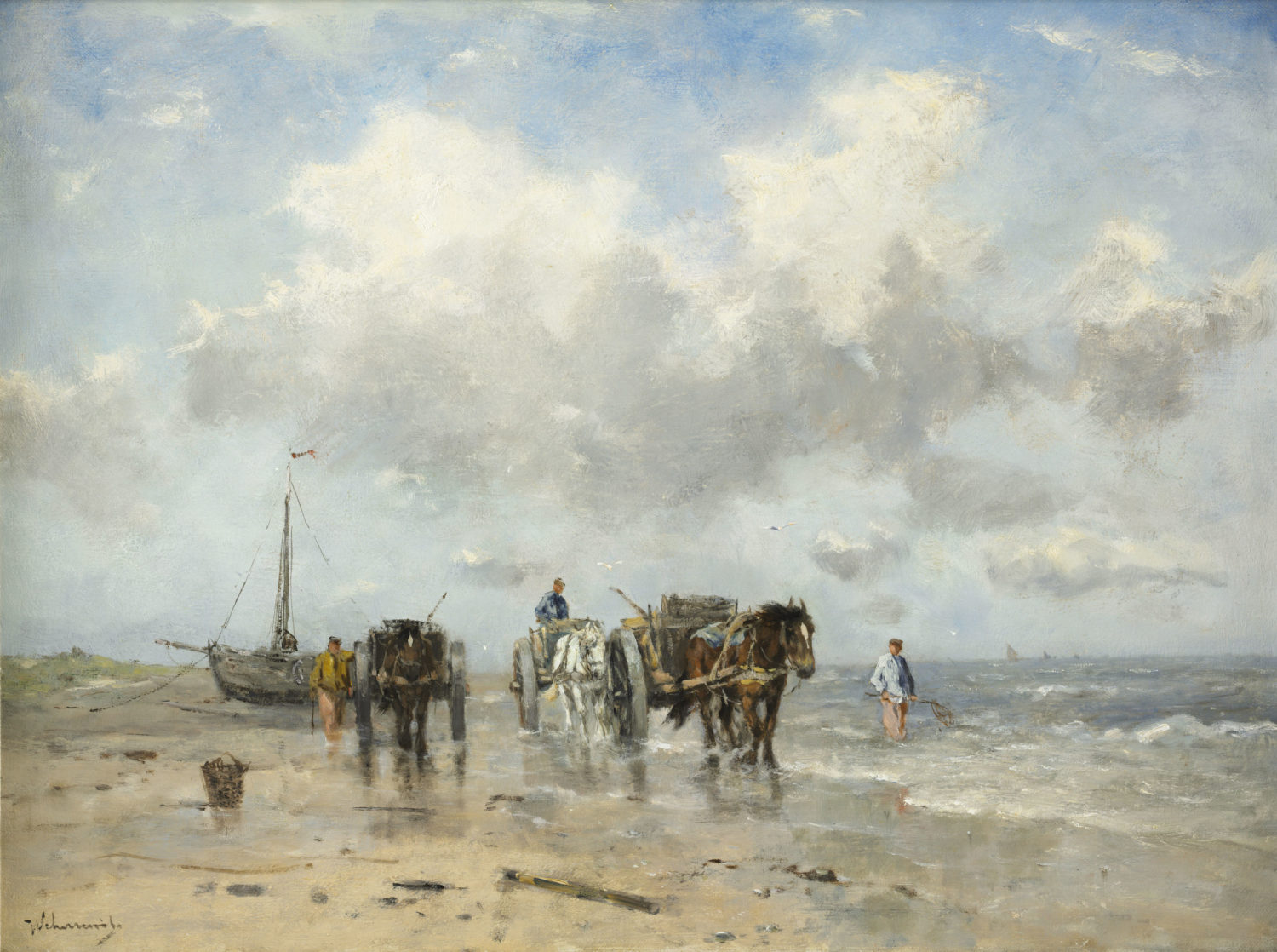 Shell gatherers in the breakers