Jan Evert Morel II came from a family of artists from Amsterdam. His father and grandfather were both painters. Jan Evert Morel II, who was probably taught by his father Casparus, specialised in landscapes. Primarily he painted wooded landscape in Dutch romantic style inspired by the works of Barend Cornelis Koekkoek. Also he has made some ice scenes and seascapes. As such, the National Maritime Museum possesses a view on the Oosterdok [inland water] in Amsterdam. Morel II also made drawings and etchings and even had a job as a drawing teacher. Apart from Amsterdam, Morel II also worked in The Hague in 1856. The last years of his life he spent in Hilversum and Weesp.

Jan Evert Morel I (1769-1808) was born in Amsterdam in 1869. He married Maria Hendrika Huijsers and earned his living painting still lifes with flowers and fruit. He worked at the wallpaperfactory of Troost van Groenendoelen and also painted panels for carriages for Mr. Dirk van der Aa. Furthermore he worked in Haarlem quite often and he was a member of the local artist’s society Kunst Zij ons Doel. Morel I died in April 1808 at the age of thirty-eight. A few month after his passing, the Rijksmuseum in Amsterdam bought a flower pieces for the price of Fl. 550, which was a substantial amount of money back then. In 1880 the museum acquired another painting, left byJhr. Jacobus Salomon Hendrik van de Poll.

Casparus Jacobus Morel (1798-1861) was a son of Morel I and father of Morel II. He was a marine painter. His oeuvre includes seascapes, ship portraits, beaches and river landscapes. The National Maritime Museum owns a great many ship portraits by the artist.
There is some misinformation about C.J Morel, thought. The artist is generally known as Casparus Johannes Morel (1798-1861), father of J.E. Morel II.* But from original documents from City of Amsterdam appears that Jacobus was his middle name, not Johannes.  It also appears that Jan Evert Morel I was his father. A fact which is until now simply overlooked.

Paintings by Jan Evert Morel II in the collection of Kunsthandel Bies: 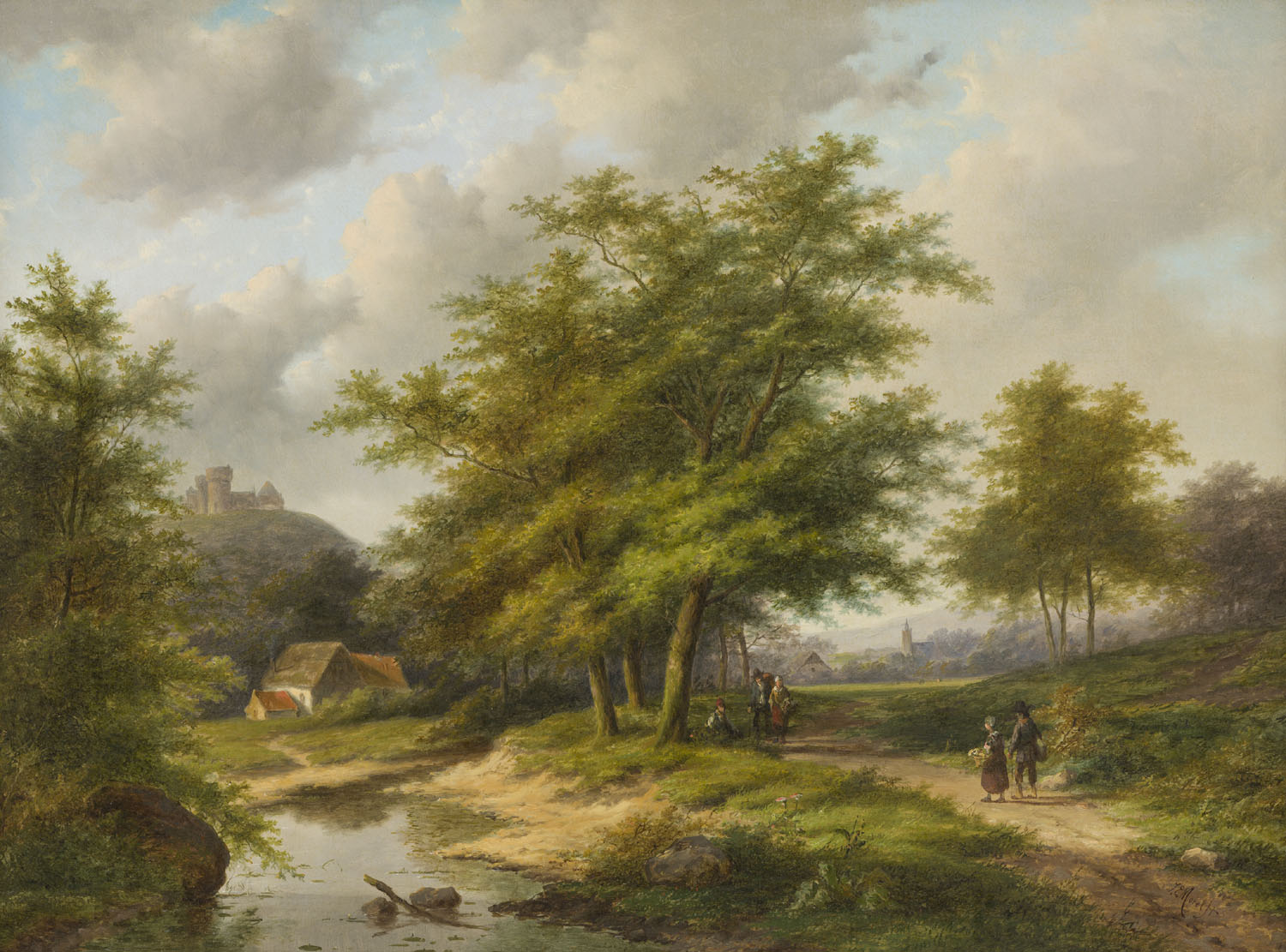 A wooded summer landscape with figures