Herman ten Kate was born in The Hague. He was the older brother of Mari ten Kate, who later became also an artist. After completing his studies with Cornelis Kruseman, Herman travelled to Belgium, Germany, Italy and France between 1840 en 1841. In Paris he met Jean-Louis-Ernest Meissonier (1815-1891), who’s work he greatly admired. Meissonier was a highly acclaimed classicist painter of history and military pieces, inspired by the French Revolution and the Coalition Wars of Napoleon.

Herman ten Kate specialised in historical genre scenes. His paintings, which were generally situated in a pub or inn, frequently depicted figures in historical dress. They often included soldiers drinking and playing cards in the pub. He also made a series of scenes of the Eighty Years’ War. Ten Kate’s work was greatly appreciated in his day for its realistic portrayal and the liveliness of his scenes. In 1856 he was decorated as a “member of merit” by the Academy of Rotterdam. He also was president of the Amsterdam artists’ society Arti et Amicitiae for some years.

In the 19th century, private clients also liked to see 17th century historical costumes in their paintings. As such, there are also church scenes by Johannes Bosboom with 17th century figures and Cornelis Springer often received direct commissions to paint town views with historical figures.

Paintings by and watercolours by Herman ten Kate in the collection of Kunsthandel Bies: 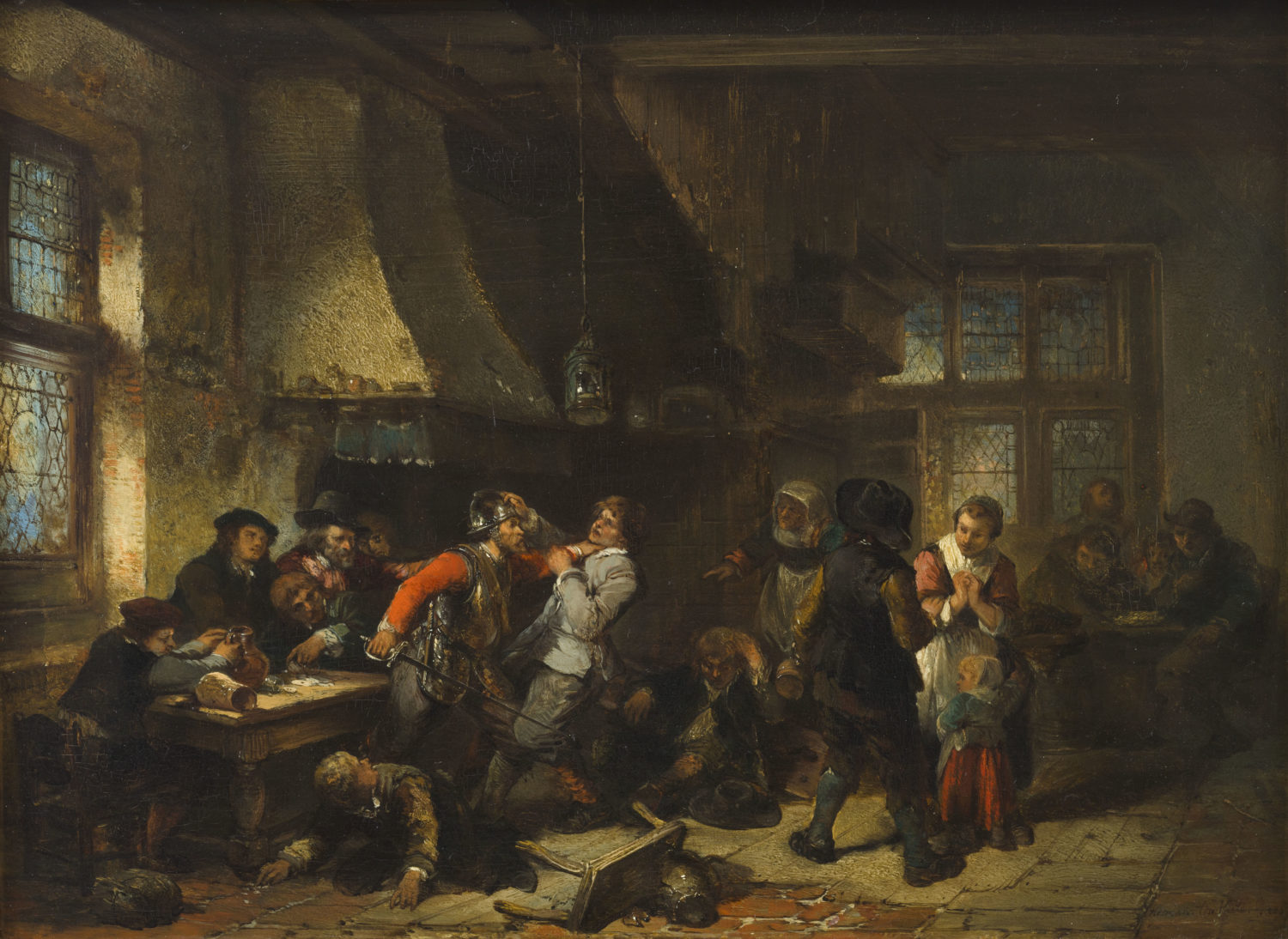 Arguing card players in a tavern 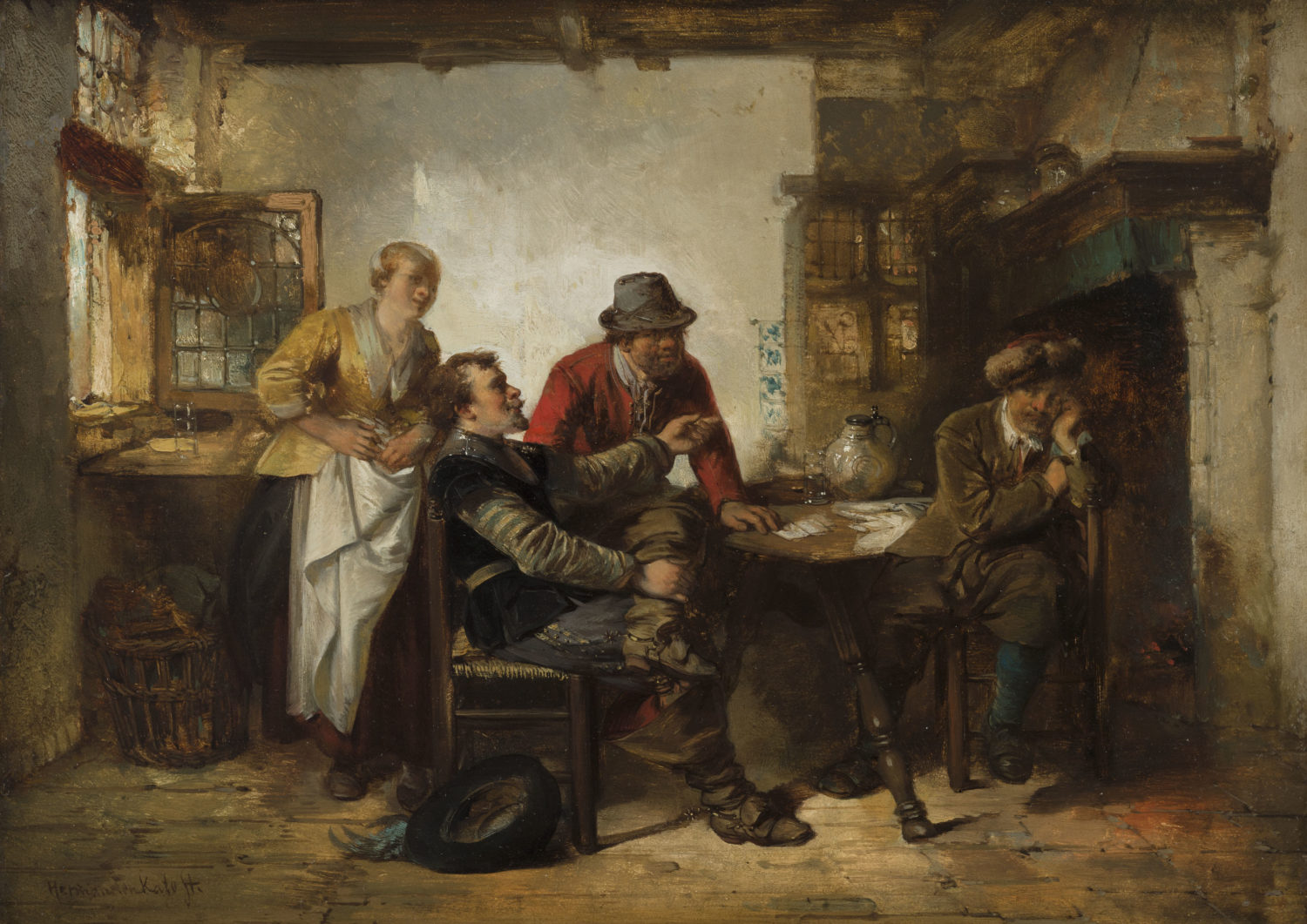 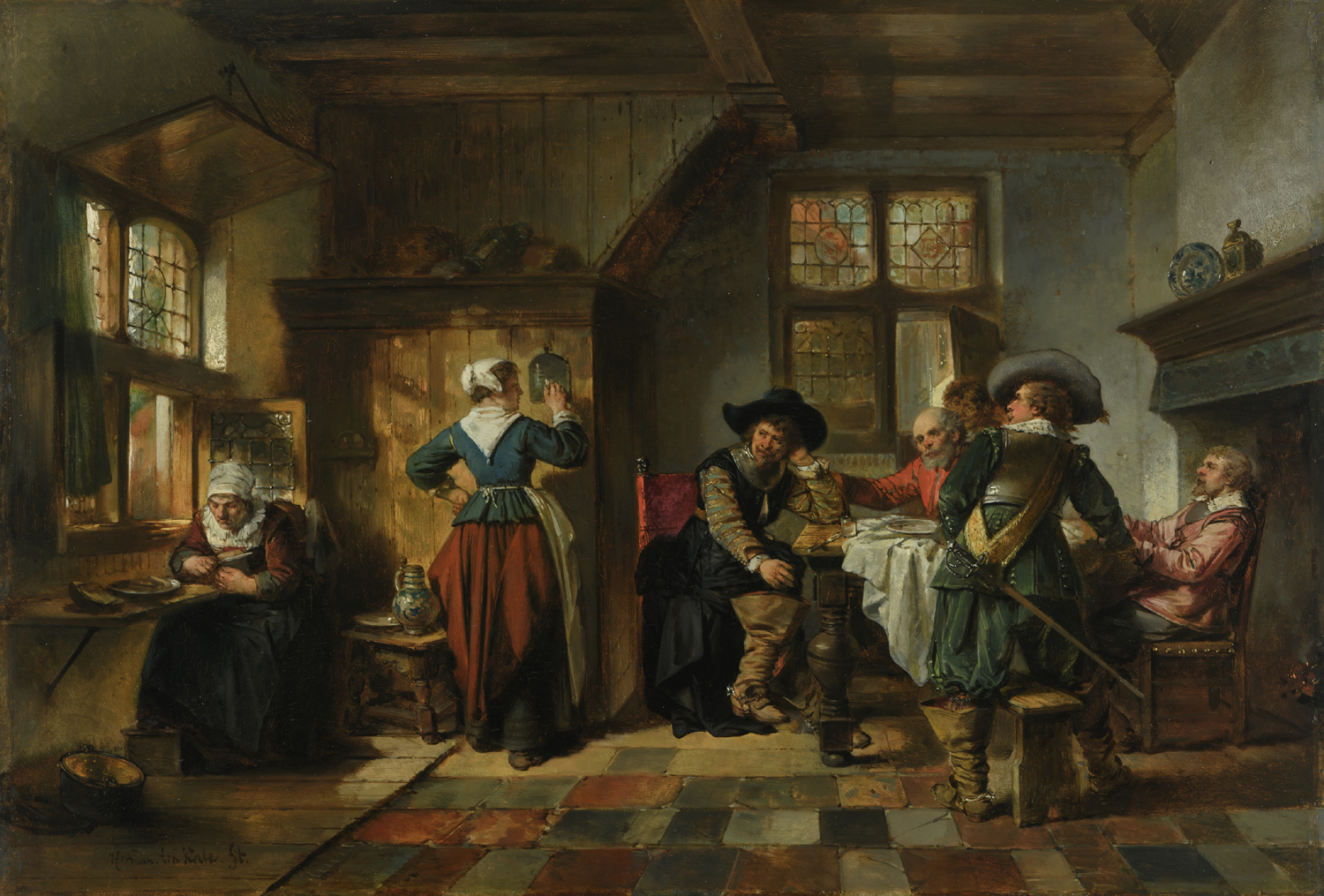 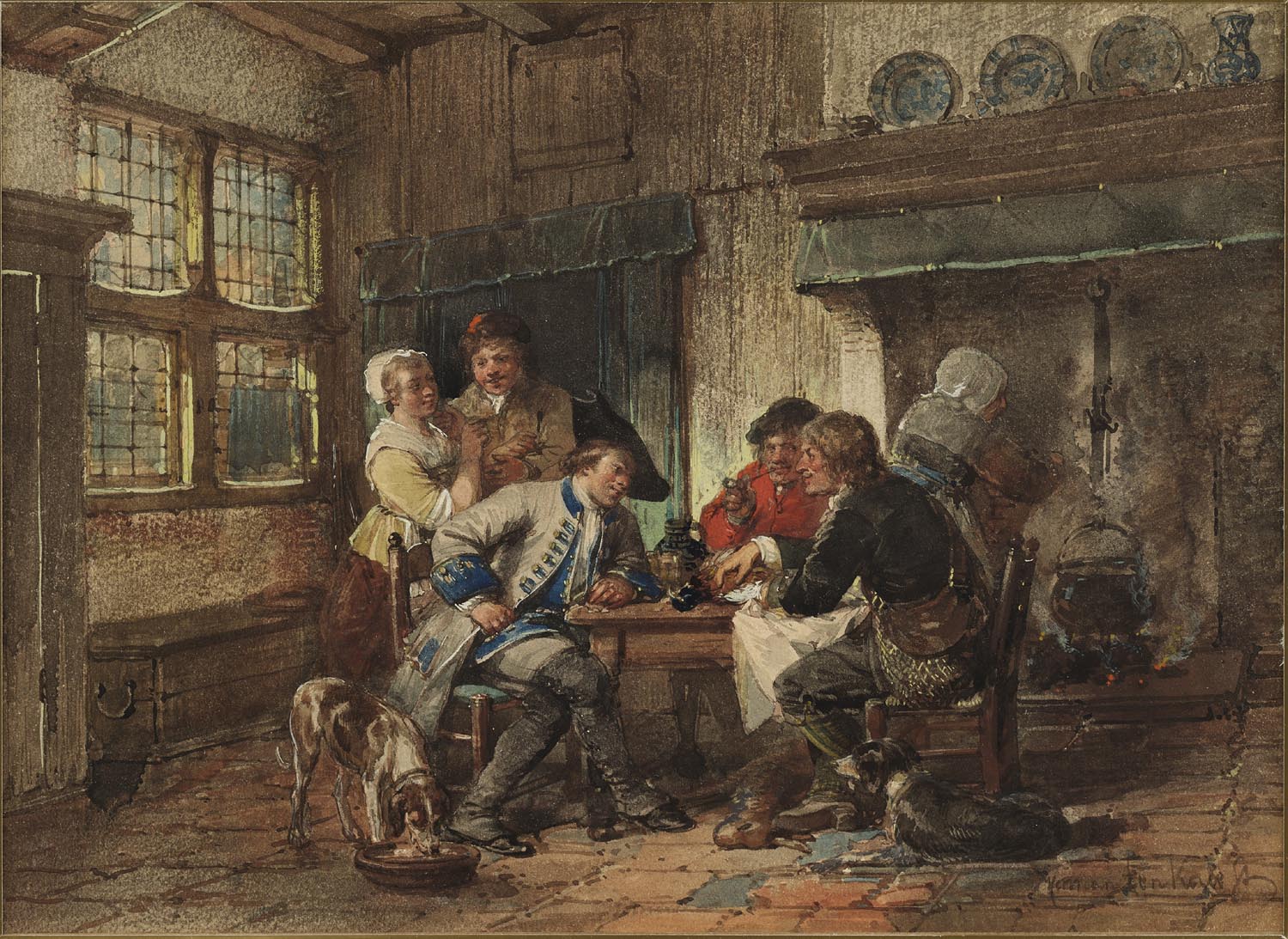