When you hear the name Floris Arntzenius, you will likely think of busy, wet streets in The Hague. Arntzenius lived there for most of his life. In the second half of the 19th century, the first tarmac roads appeared in The Hague, such as Spuistraat, Vlaminstraat and Venestraat. The reflective property of wet tarmac fascinated Arntzenius. He very much enjoyed depicting reflections of clouds, facades and figures on the wet surface of the roads. This became his main subject.

Illustrious predecessors such as Jozef Israëls, Willem Roelofs, Jan Hendrik Weissenbruch, Hendrik Willem Mesdag and Jacob and Willem Maris chose their subjects often outside the city. This resulted in polder landscapes, peasant interiors and beach scenes with sailing vessels. Reacting to the growing trend of industrialisation and busier cities, they liked to focus on the calm of the countryside. The younger painters after them, went in a different direction. Together with famous contemporaries as  George Breitner and Isaac Israels, Arntzenius embraced the modern life of his time and sought out the crowded city.

In paintings and watercolours by Floris Arntzenius the weather is often drizzly or misty. Although the artist usually worked with sober colours, he often used certain colour accents in cobalt blue, red, green, yellow or white to bring more vibrancy in the composition. One element that he used regularly to accomplish this is a butcher’s boy with a white smock, often given a prominent position.

Even though it is his best-known subject, Arntzenius did not restrict himself to town views. Amongst other subjects, he painted lovely still lifes, which are characterised by their great subtlety and lighting.

Paintings and watercolours by Floris Arntzenius in the collection of Kunsthandel Bies: 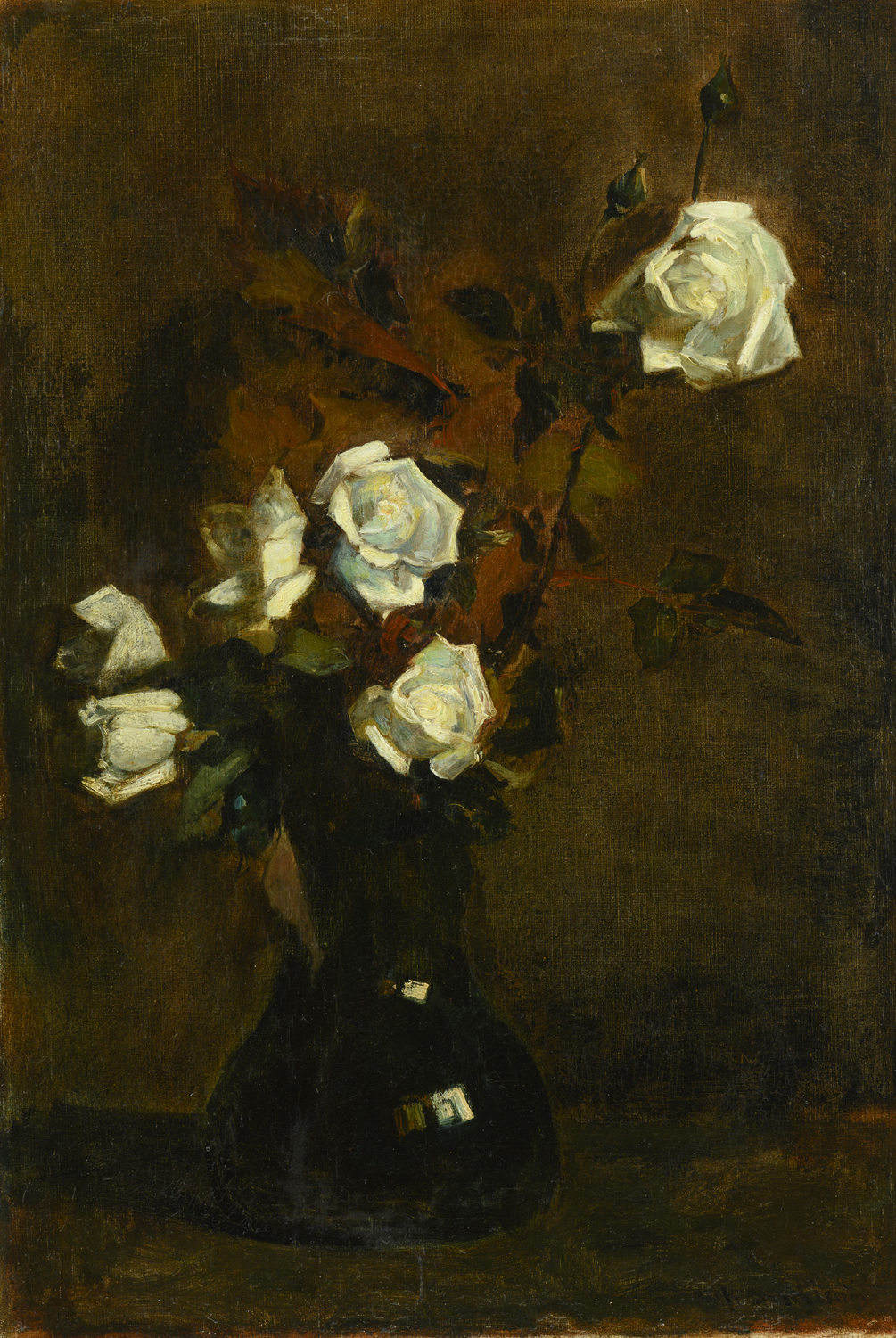 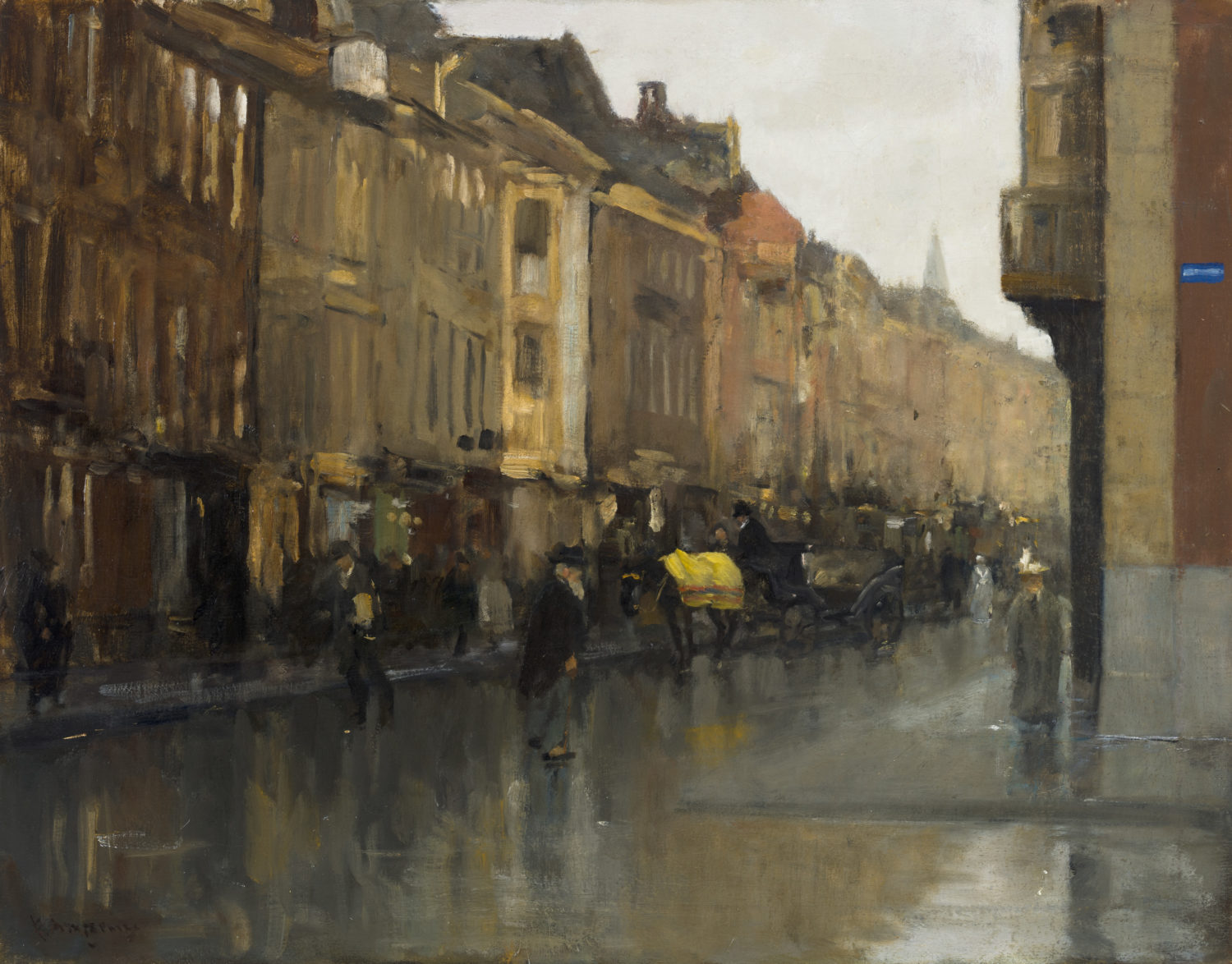 A view of Noordeinde, The Hague 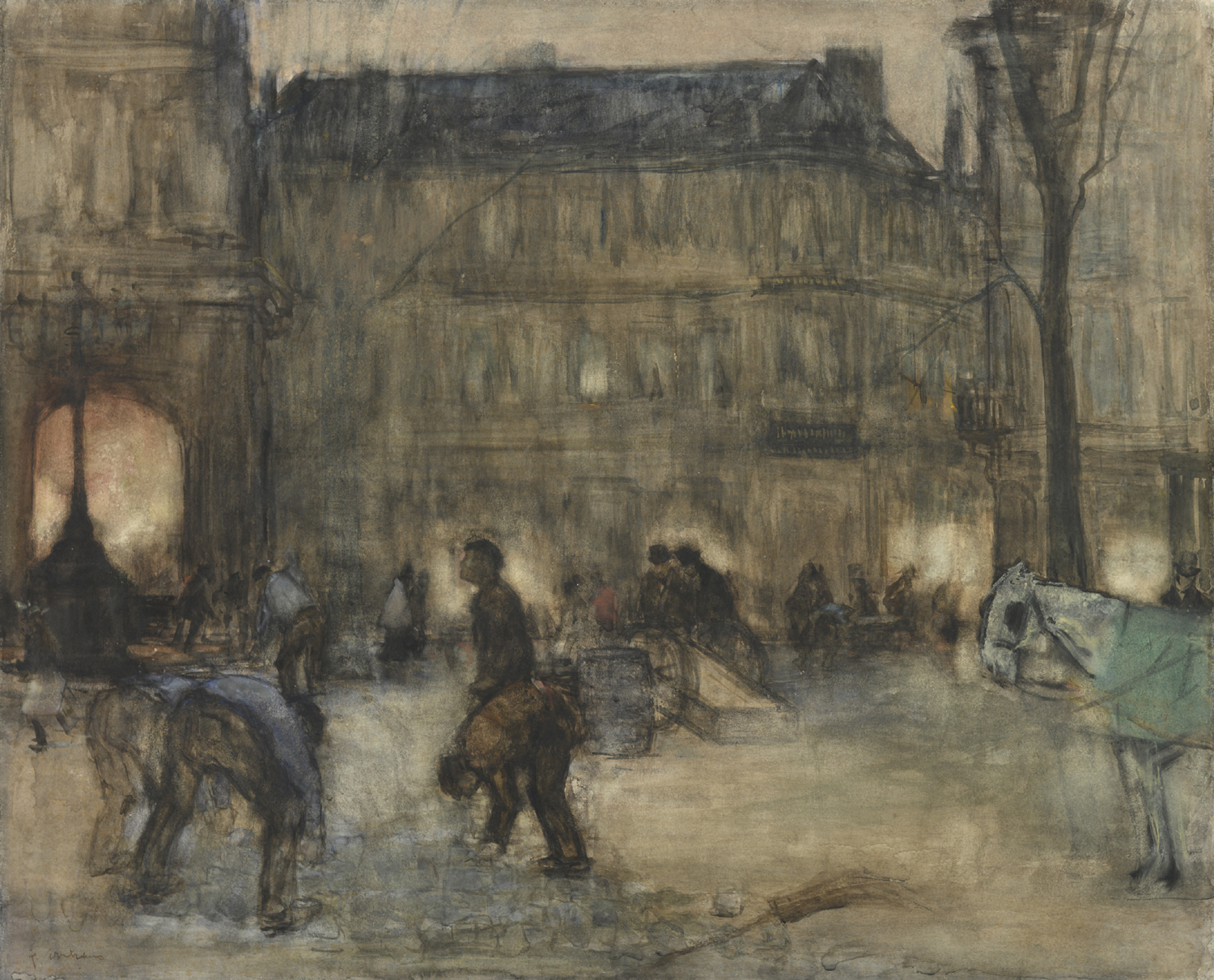 The Hague, a view of the Buitenhof 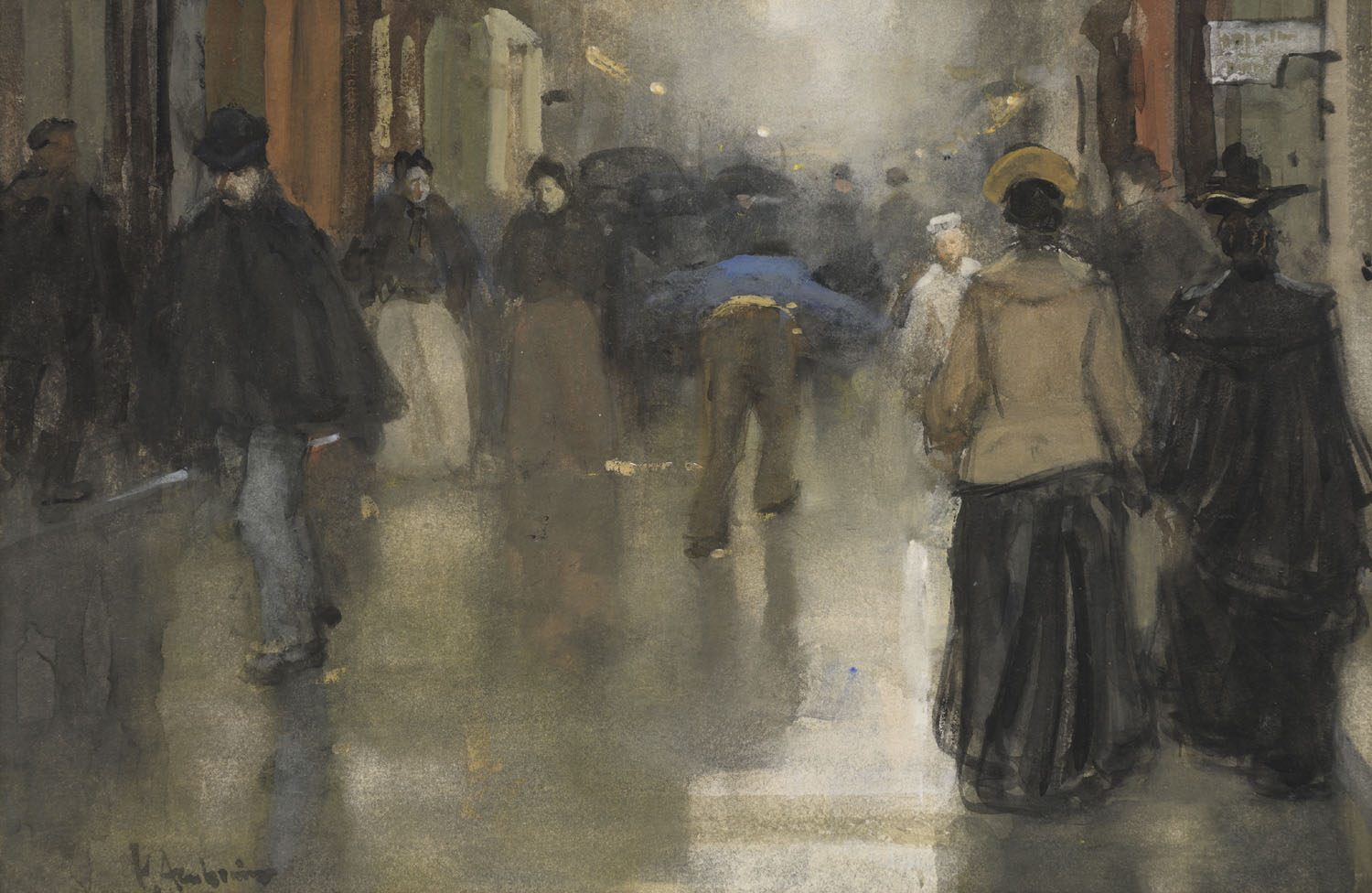 Strolling figures in a street in The Hague