In 1870 Willem Frederik joined his family when they moved to Engeland. He was taught by his father and he soon became a well-regarded landscape artist in England and was a prolific exhibitor. He exhibited at the Royal Academy from 1876 to 1898 sometimes showing as many as 7 paintings a year. He also exhibited many works at the Royal Society of British Artists, the New Watercolour Society and the Royal Institute of Oil Painters.

He lived in Shere (Guildford) and painted many scenes of the surrounding Surrey countryside. Hulk specialised in paintings of rural landscapes usually with the inclusion of cattle, and the play of light upon water.

Paintings by Willem Frederik Hulk in the collection of Kunsthandel Bies: 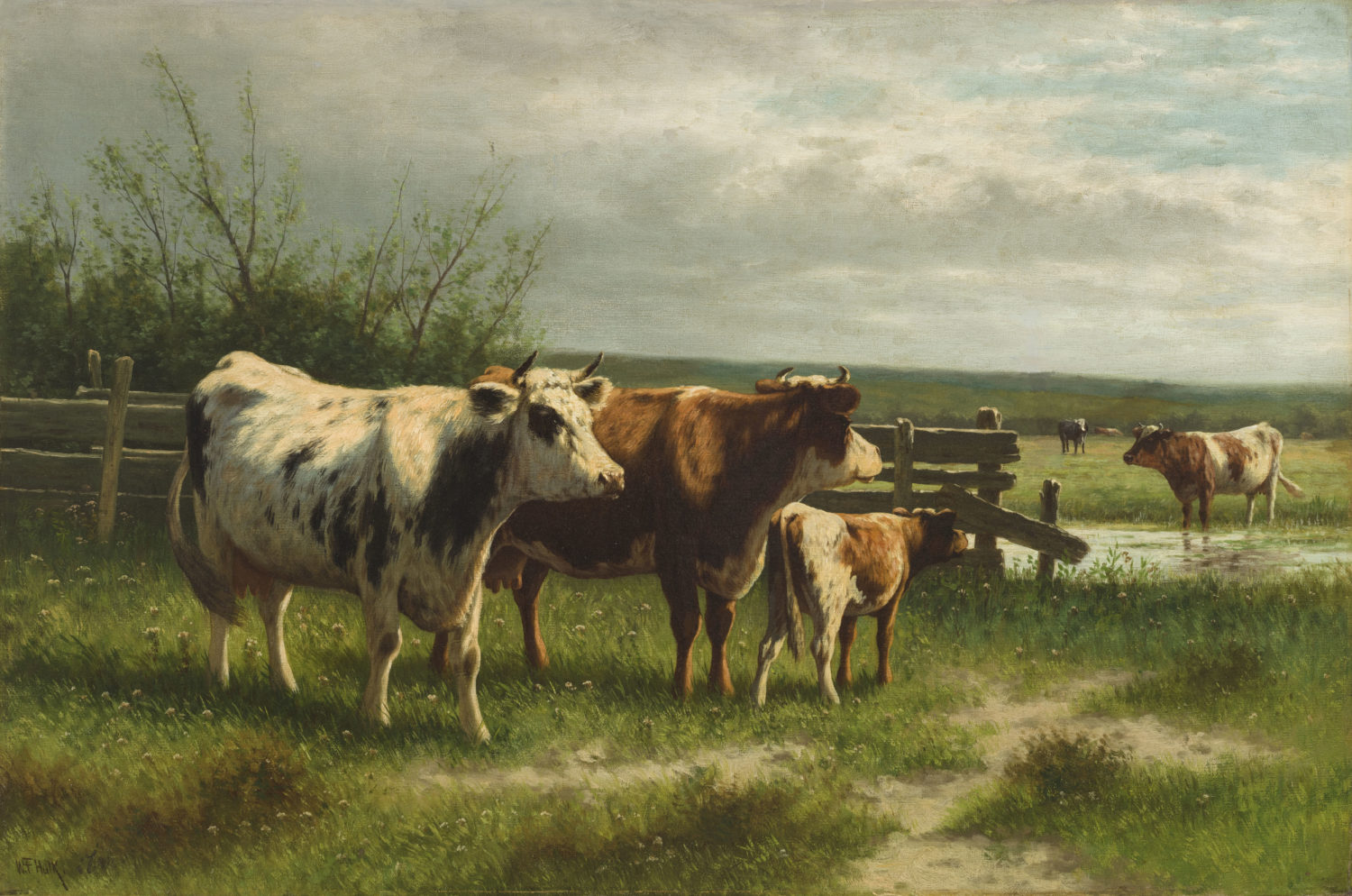 A landscape with cows