Willem Elisa Roelofs Jr. was a son of Willem Roelofs, a famous Hague School landscape painter who had been living in Brussels (Belgium) since 1847. His fathers first wife died in 1870. Three years later Willem Senior remarried Belgian born Albertine Vertommen. Willem Elisa Roelofs was their first son. Three years later son Albert came into the world. Albert Roelofs would also follow his father’s and brother’s footsteps as an artist later in life. In 1887 the Roelofs family would move back to The Hague (the Netherlands) where Willem Roelofs Jr. would spend most of his life.

Roelofs Jr. was taught by his father. Furthermore he studied at the Art Academy of The Hague and he was a member of several important Dutch art societies such as Arti et Amicitae, Pulchri Studio and the Hollandsche Teekenmaatschappij [Dutch Drawing Society]. He also participated in the exhibitions for Living Masters in Amsterdam, The Hague and Arnhem.

Besides in and around The Hague, Roelofs Jr. also worked in the Brussels and the wetlands of Noorden and Nieuwkoop. Like his father he painted landscapes in impressionist style, but Roelofs Jr. actually excelled in still life pieces. He especially known for his flower pieces in bright colours. The artist also made drawings, etchings, lithographs and woodcarvings. To distinguish himself from his father he signed his work with ‘Willem E. Roelofs jr.’.

Paintings and watercolours by Willem Elisa Roelofs Jr. in the collection of Kunsthandel Bies: 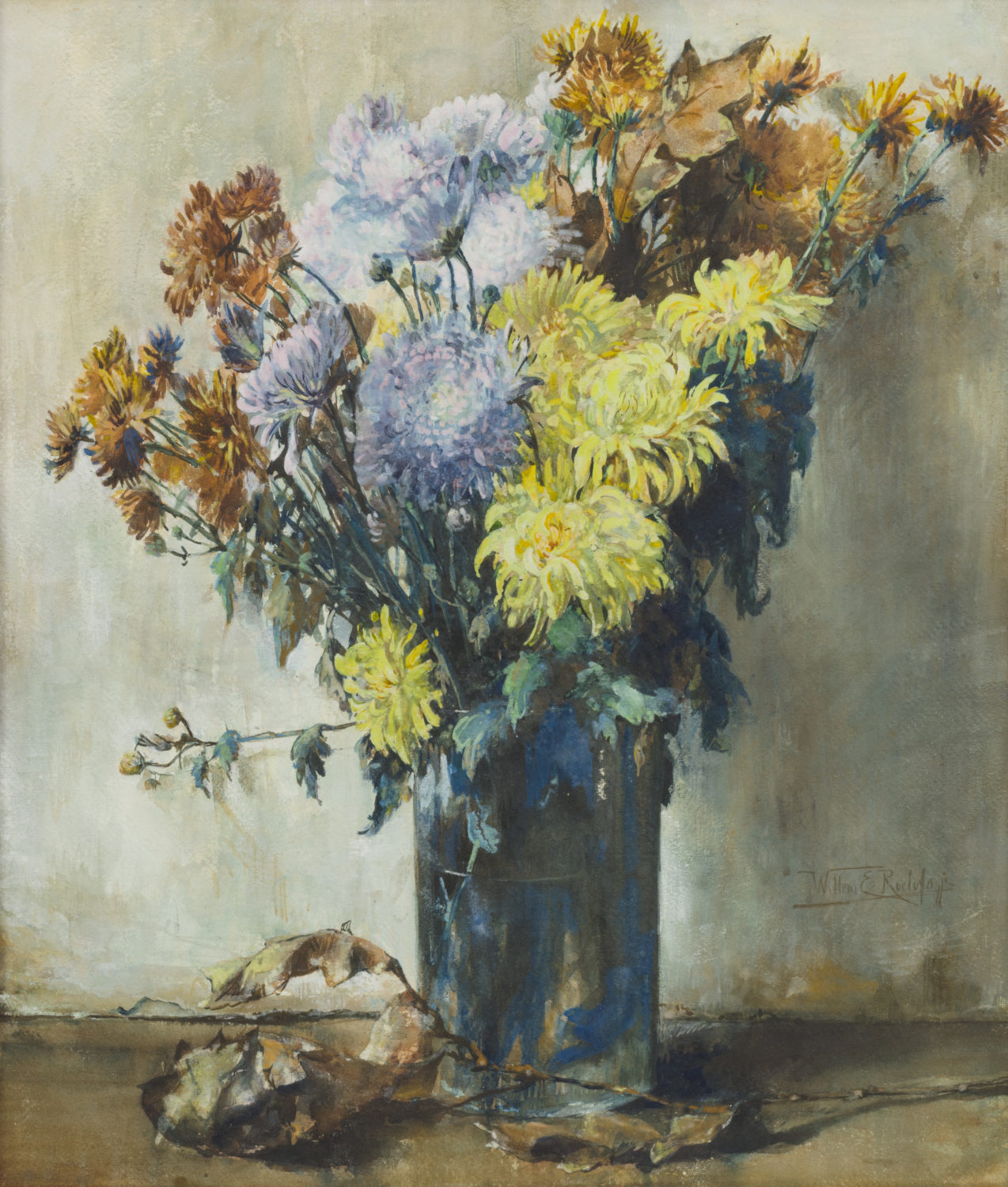 A vase with chrysanthemums