The French artist Simon Saint-Jean was born in 1808. He studied at the Art Academy of Lyon, where he was a student of Augustin Alexandre Thierrat. He won his first prize, a golden medal, for one of his flower pieces. After finishing school, he found a position in the silk design workshop of François Lepage. Saint-Jean also exhibited regularly at the Paris Salon, where he was awarded several times. In 1837, he married Camille Belmont, daughter of a wealthy silk manufacturer.

Perhaps the most beloved painter of the School of Lyon, Simon Saint-Jean quickly established a solid international reputation as a flower painter with an international clientele in Belgium, The Netherlands, Russia and the United States. Distinguished patrons included Baron Scipion Corvisart (adopted son of Jean-Nicolas Corvisart, physician of Napoleon), the Rothschilds as well as friends of art dealers such as Paul Durand-Ruel.

Paintings by Simon Saint-Jean in the collection of Kunsthandel Bies: 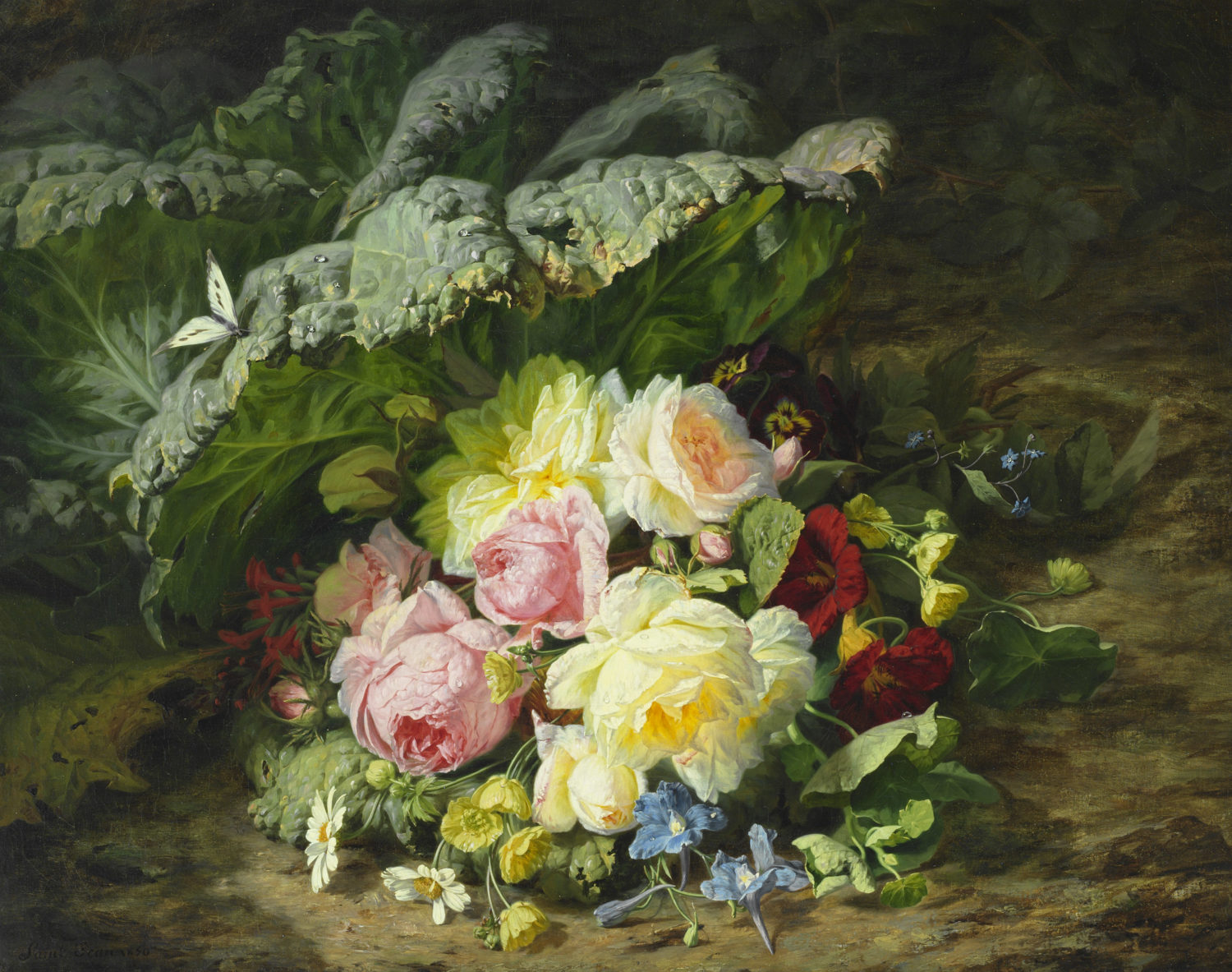