Pol Dom was born in Antwerp. After his studies at the Royal Academy in 1909, he went to the artists’ colony in the Dutch village Laren. The area around Laren was distinguished by its unspoiled beauty and innovative art scene. It was here that he met the painter Betsy van Gelder. The following year, the pair married and moved to Brussels. Three years on, after the birth of their daughter Elise, the Dom family moved permanently back to The Netherlands. They finally settled in The Hague. In 1936 Pol Dom obtained the Dutch nationality. Unfortunately his wife Betsy died. It was not until 1948 that Pol Dom got married again to Flora van Dam.

Pol Dom was a well-known member of the Hague art scene. He was a member of Pulchri Studio and the Haagse Kunstkring and participated frequently in exhibitions. Furthermore his work was to be found at exhibitions in Amsterdam (St. Lucas), the International Exhibitions of Paris and New York (1937, 1939) and in Barcelona, Venice, Toronto (1940) and Buenos Aires.

Pol Dom was inspired by a variety of materials and subjects. Besides painting, he was above all an illustrator and graphic artist. He worked as a cartoonist for a big local newspaper and illustrated many children’s stories, including many advertisements for jam factory ‘The Betuwe’. Among his most famous works are the illustrations for the children’s books ‘Kruimeltje’ and ‘De Schippers van de Kameleon’. Furthermore, Pol Dom also designed some commemorative coins in bronze.

Paintings and watercolours by Pol Dom in the collection of Kunsthandel Bies:

The harbour of Cannes (watercolour) 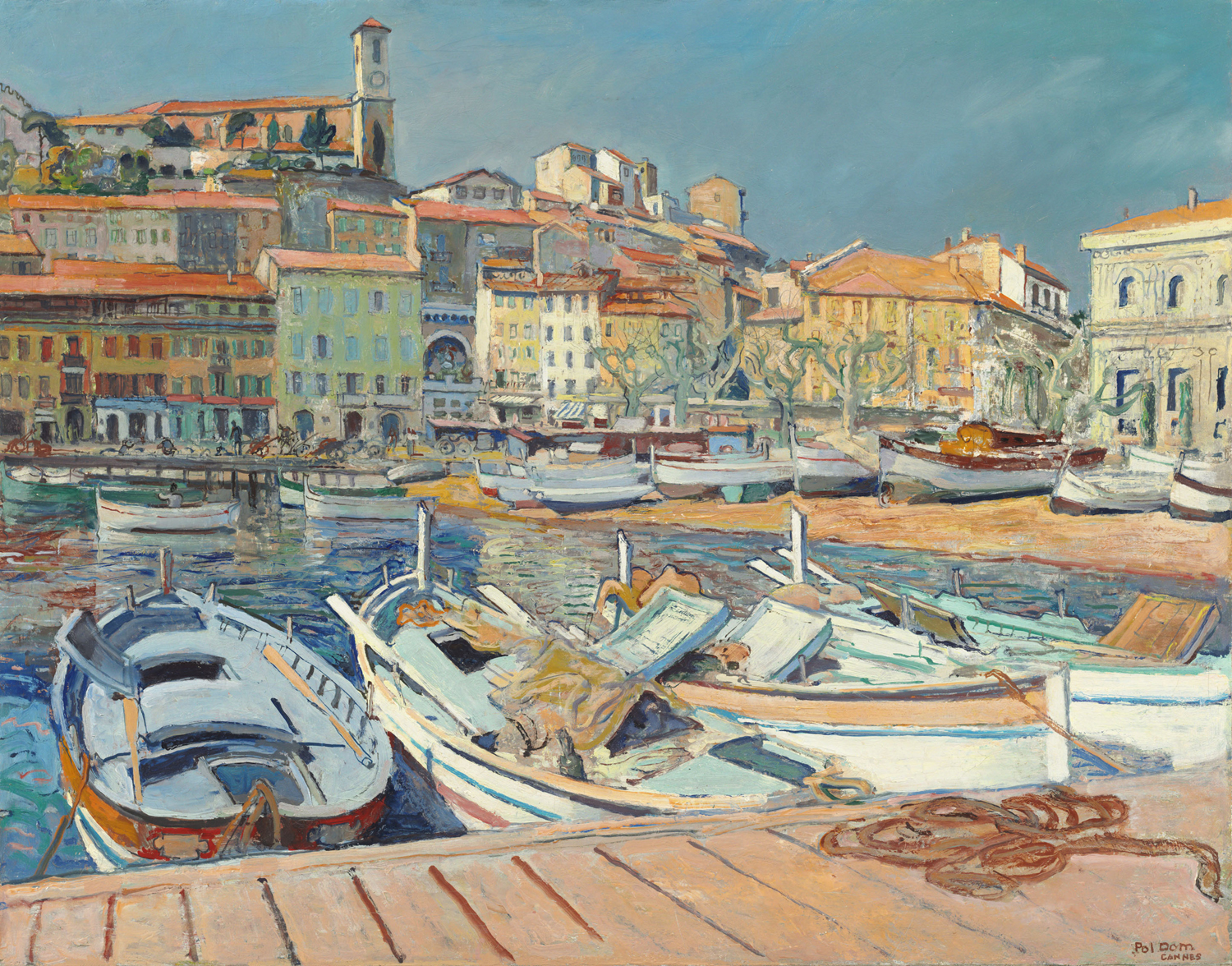