Nicolaas van der Waay was not only a successful artist he was also closely involved in promoting the arts in the Netherlands. He received his education at the Academy of Arts in Amsterdam and he also took a study tour to Rome. Van der Waay reconnected to that same Amsterdam academy in 1891, working there for more than 30 years first as a teacher and later as professor, having dozens of famous students. This appointment afforded him a number of important official state commissions. As such he made a monumental painting of the inauguration of Queen Wilhelmina in 1898 and was asked to paint the Gold Coach gifted to Wilhelmina by the Amsterdam inhabitants.

Van der Waay was an active member of various art associations in the capital city, like Arti et Amicitiae and Vereeniging Sint Lukas. Such associations organised numerous activities, like drawing lessons, exhibitions, musical evenings, reading and art reviews. Non-artists, collectors, fans, and philanthropists were also invited to attend these evenings. In those days, organising such activities was an important means to ‘promote the sense of art’, encouraging art purchases and promoting the position of the artist.

In 1878, together with three friends Van der Waay founded the M.A.B. fellowship, a reference to the great Italian master Michel Angelo Buonarotti. In comparison to other, larger associations, the initial aim of M.A.B. was not so much to improve the position of the artist or to encourage innovation. For this small company, who knew each other from the Academy or from ‘Arti’, it was mainly about enjoyment. Among others Carel Lodewijk Dake, Ernst Witkamp, Hendrik Haverman, Ferdinand Oldewelt, Jan Hillebrand Wijsmuller, Hermanus Koekkoek Jr., Nicolaas Riegen, Willem Witsen and Jan van Essen were included as members, and there were also a number of musicians and art-lovers. Just like the larger associations, M.A.B. organised serious art reviews, whereby various prints of artworks were viewed, discussed, and debated. Van der Waay himself was known as a prominent and enthusiastic member of the group.

Paintings and watercolours by Nicolaas van der Waay in the collection of Kunsthandel Bies: 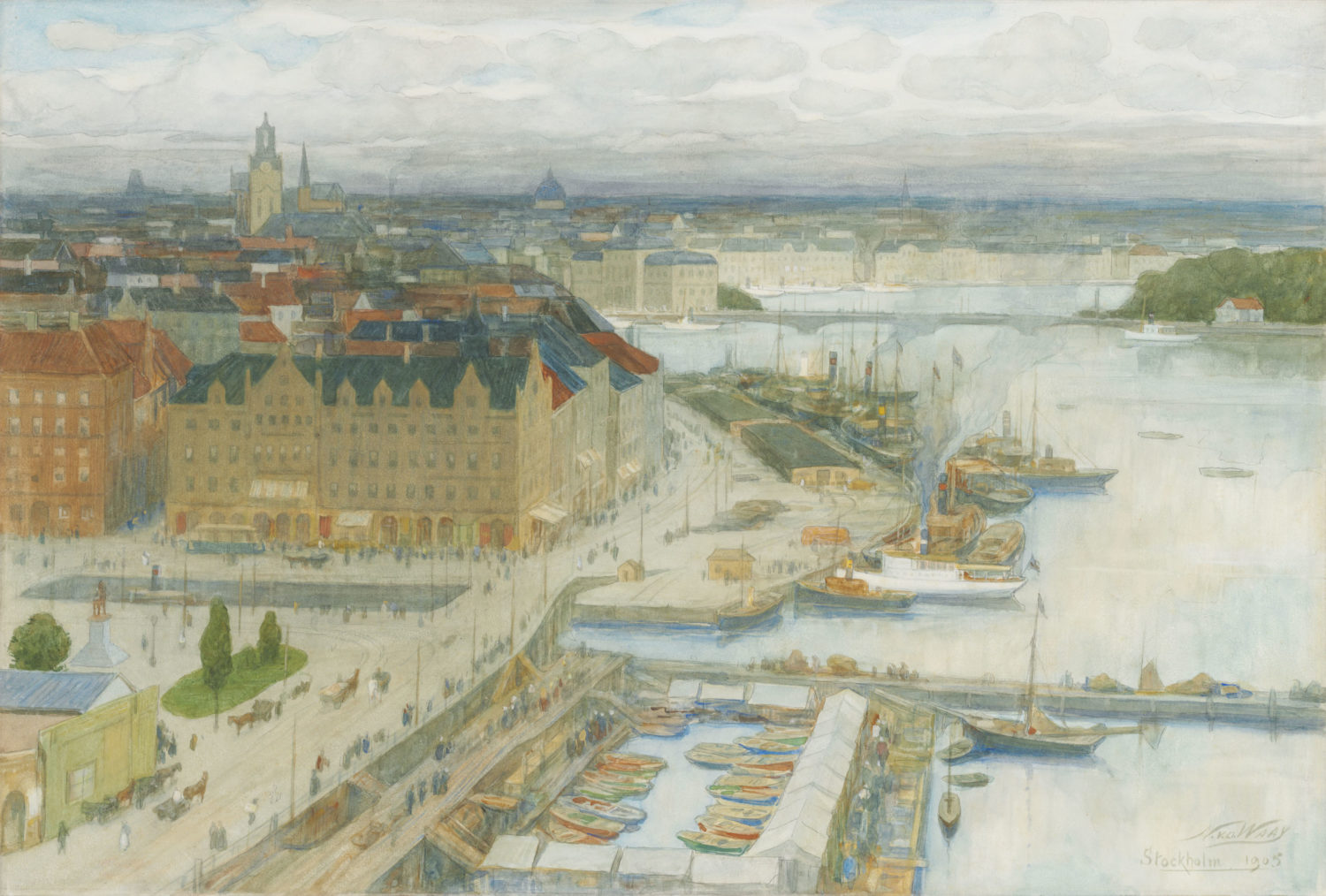 A view of Stockholm, with the Storkyrkan Church in the background 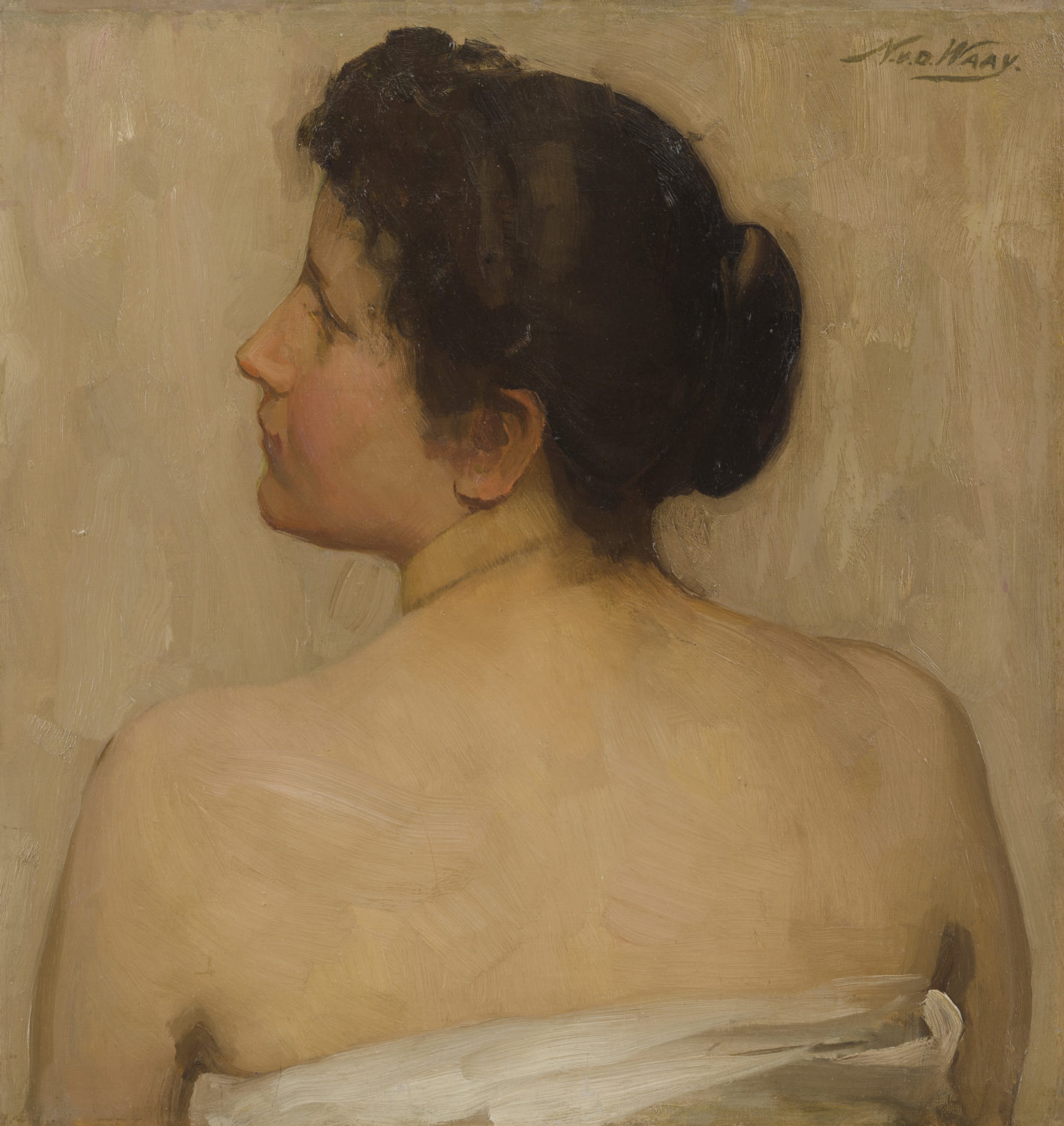 A study of a woman, seen from the back