Jean Henri Decoene was born in Nederbrakel. In Brussels he was a student of the French Master Jacques-Louis David, who taught him in Neoclassical tradition. Thereafter he became a student of Joseph Paelinck. After his education, Decoene  specialised in painting portraits and later genre pieces featuring family life. For these genre pieces, Decoene was inspired by the Dutch Masters of the 17th Century and they show more influence of the new Romantic movement, which originated around 1830. The theme was also very popular among art collectors.

Furthermore, Decoene became a professor at the Art Academy of Brussels and had many students. Between circa 1837 and 1855 he lived and worked in Paris. In 1828 the Rijksmuseum Amsterdam acquired an monumental oil painting from the artist, titled ‘Market Gossip’.

Paintings by Jean Henri Decoene in the collection of Kunsthandel Bies: 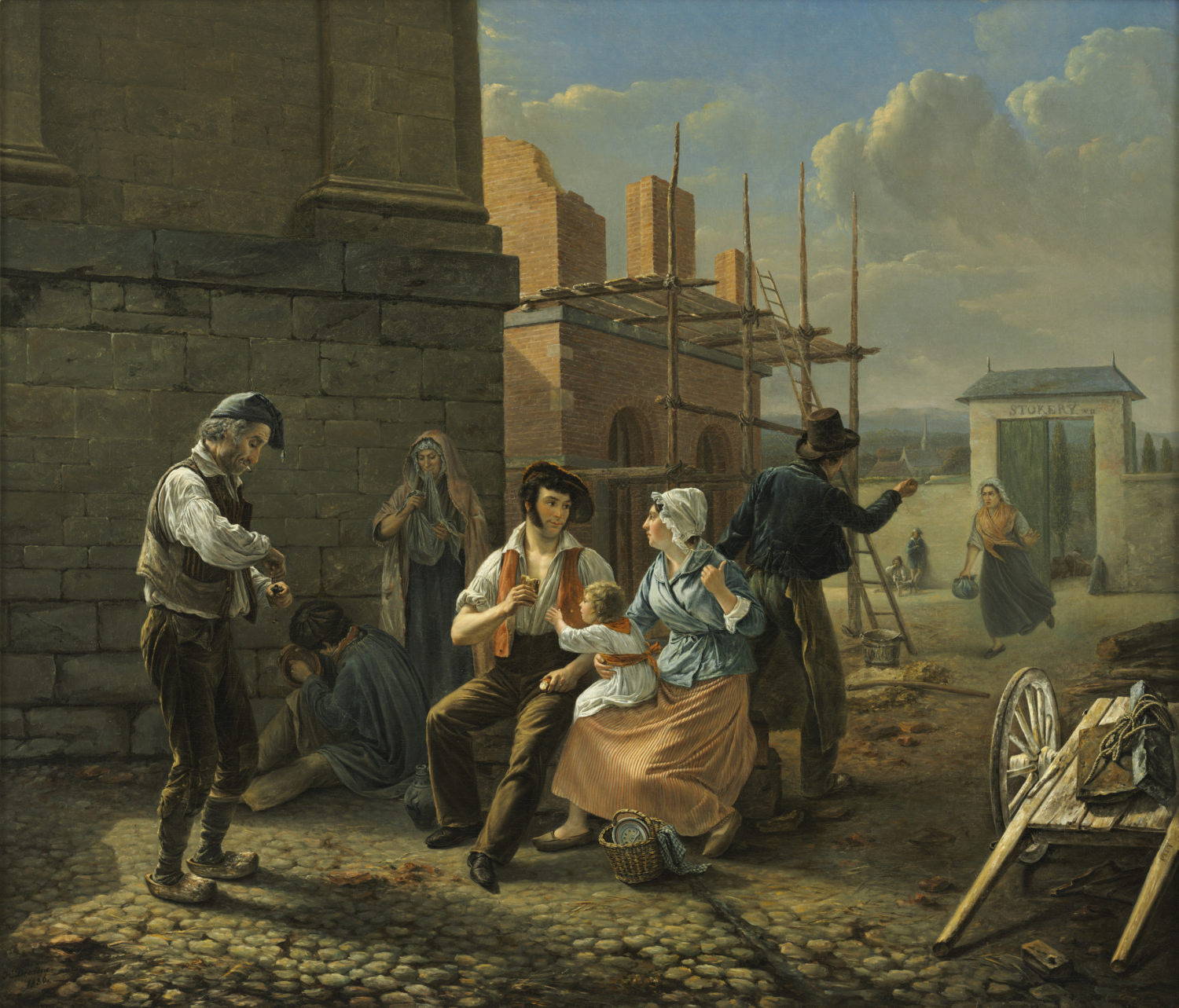