Jacques Carabain studied at the Royal Academy of Arts in Amsterdam and early on in his career moved to Brussels (circa 1856). There he finished his studies and eventually, after his frequent travelling, became a permanent resident of Schaerbeek (Brussels). In 1880 he became an Belgian citizen. Therefore he is associated with the Belgian Romantic School instead of the Dutch Romantic School.

Carabain loved to broaden his horizon and travelled extensively. In Europe it is known that he visited France, Italy, Germany and Austria. Wherever he went he painted charming cityscapes, executed with taste and precision. His works are characterised by a balanced composition, lovely atmosphere and playful rendering of light. Particularly in his Mediterranean subjects the artist used more vivid colours. Furthermore, Carabain painted (river) landscapes and some portraits.

During the 1880 and 1890’s, Carabain lived in Melbourne, Australia. There he made several monumental cityscapes, including a the Melbourne City Hall in 1889 (now in the State Library of Victoria), and an important oil painting of Sydney’s George Street, (National Library of Australia). Finally, Carabain would have spend some time in New Zealand as well.

Paintings by Jacques Carabain are represented by various European museums and gouvernement collections. For exemple, the Brussels City Hall shows several cityscapes by the artist. And Kunsthandel Bies sold an important painting, View of the Markt in ‘s-Hertogenbosch, to the NoordBrabants Museum in 2006.

Paintings by Jacques Carabain in the collection of Kunsthandel Bies: 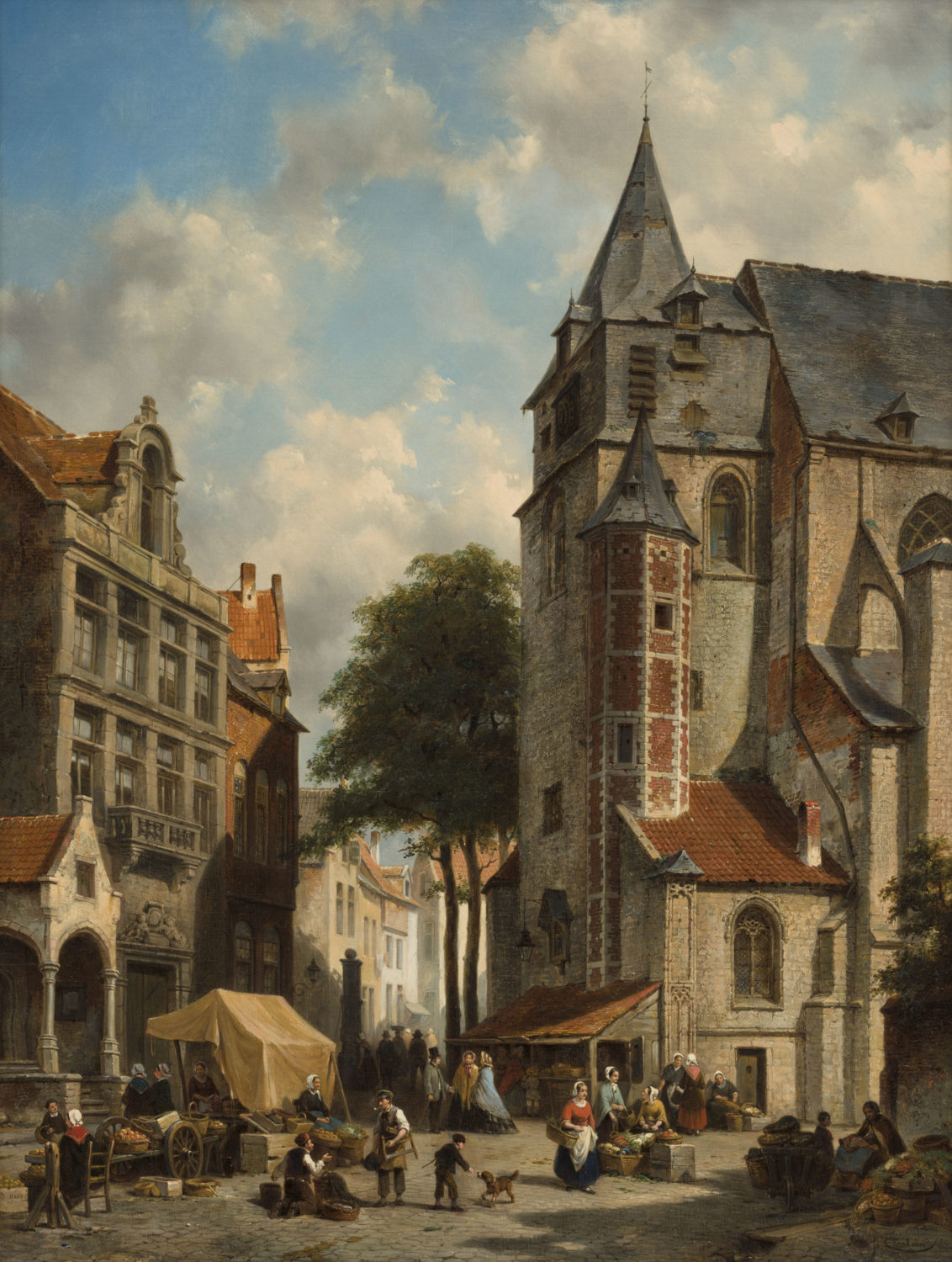 A town view in summer with figures on a market square