Although Hendrik Willem Mesdag began his artistic career relatively late, within a few years he won one of the highest awards which a painter could obtain: a gold medal at the Paris Salon. From that time, the reputation of Mesdag was shaped considerably. His works are still the most sought-after works from the Hague School, on a national and international level.

Mesdag was not just a talented artist, but also a prosperous and influential man. He held important administrative positions in the Hollandsche Teekenmaatschappij (Dutch drawing company), and at Pulchri Studio he stimulated exhibitions in and art sales to the United States, produced a sizeable collection himself and set up his own museum in The Hague: the Museum Collection (formely known as Museum Mesdag)

What makes Mesdag’s works so special is the depiction of the sky, the sea and the atmosphere. His skies are always elaborated, whether there are many or few clouds in the sky. Like many painters from the Hague School, Mesdag initially used slightly finer brushstrokes and later moved to wider brushstrokes. He had a feeling for light, colour and nuance. A soft evening atmosphere in a warm palette, a radiant midday sun against a blue sky or a raging wind out at sea: with Mesdag, you can almost feel what the weather was like. The same applies to the water. His gently rippling little waves are not less elaborated than a furious swirling sea. It is that reflection of the sun on the ripples of the water or the typical movement of the incoming and outgoing tide, which Mesdag succeeded in depicting so accurately.

Paintings and watercolours by Hendrik Willem Mesdag in the collection of Kunsthandel Bies: 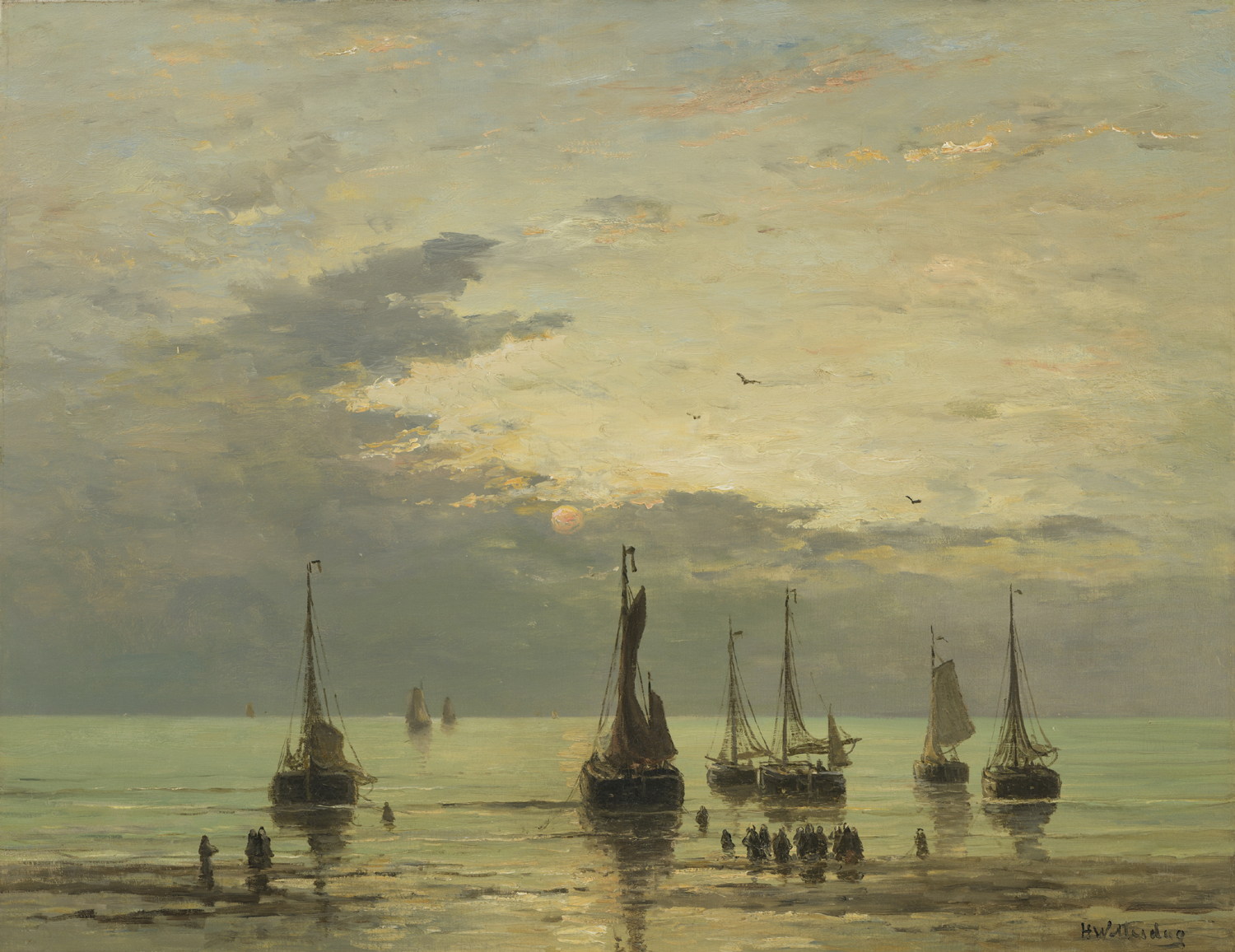 Return of the fishing fleet 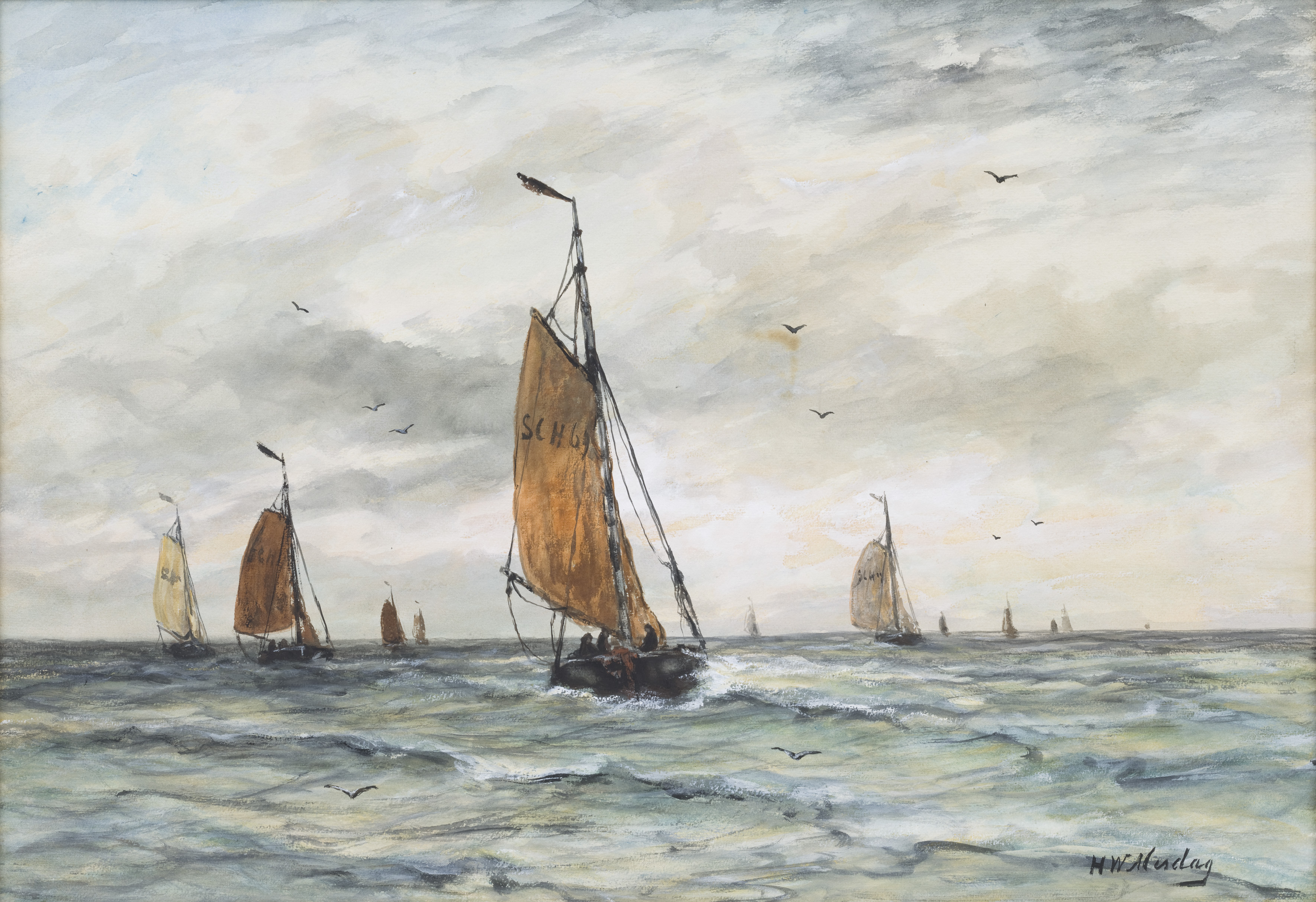