The Belgian artist Fernand Toussaint became most well-known for his figure paintings of women. For him, Paris and London were the ideal cities to admire cosmopolitan, charming young ladies. He painted them in a distinguished way in Post-Impressionist style, encouraged in this by the Belgian portrait painter Alfred Stevens, who lived in Paris. Toussaint’s paintings often have a poetic feel and an appearance of both sophistication and exuberance. In 1929, he won a gold medal at the Paris Salon for a female portrait. The influential Parisian magazine ‘L’Illustration’ featured the portrait and art critic Mario de Marchi wrote of Toussaint that he was the undisputed master of capturing the grace and charm of women.

Fernand Toussaint also excelled at painting still lifes, a very valued subject amongst collectors. He often incorporated roses or anemones into the paintings. As in his paintings of women, grace and sensitivity can also be found in his still lifes.

Paintings by Fernand Toussaint in the collection of Kunsthandel Bies: 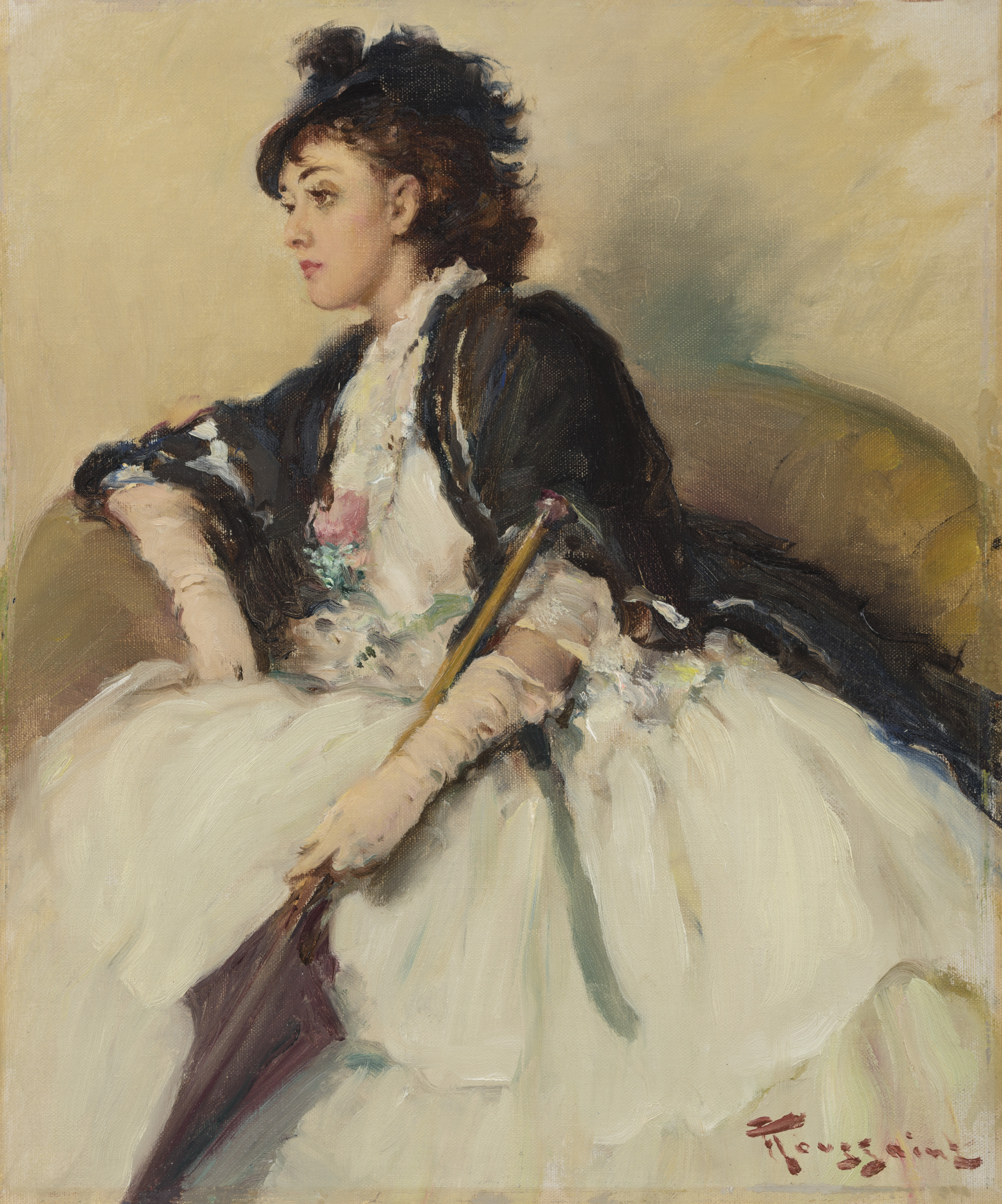 An elegant lady with a parasol 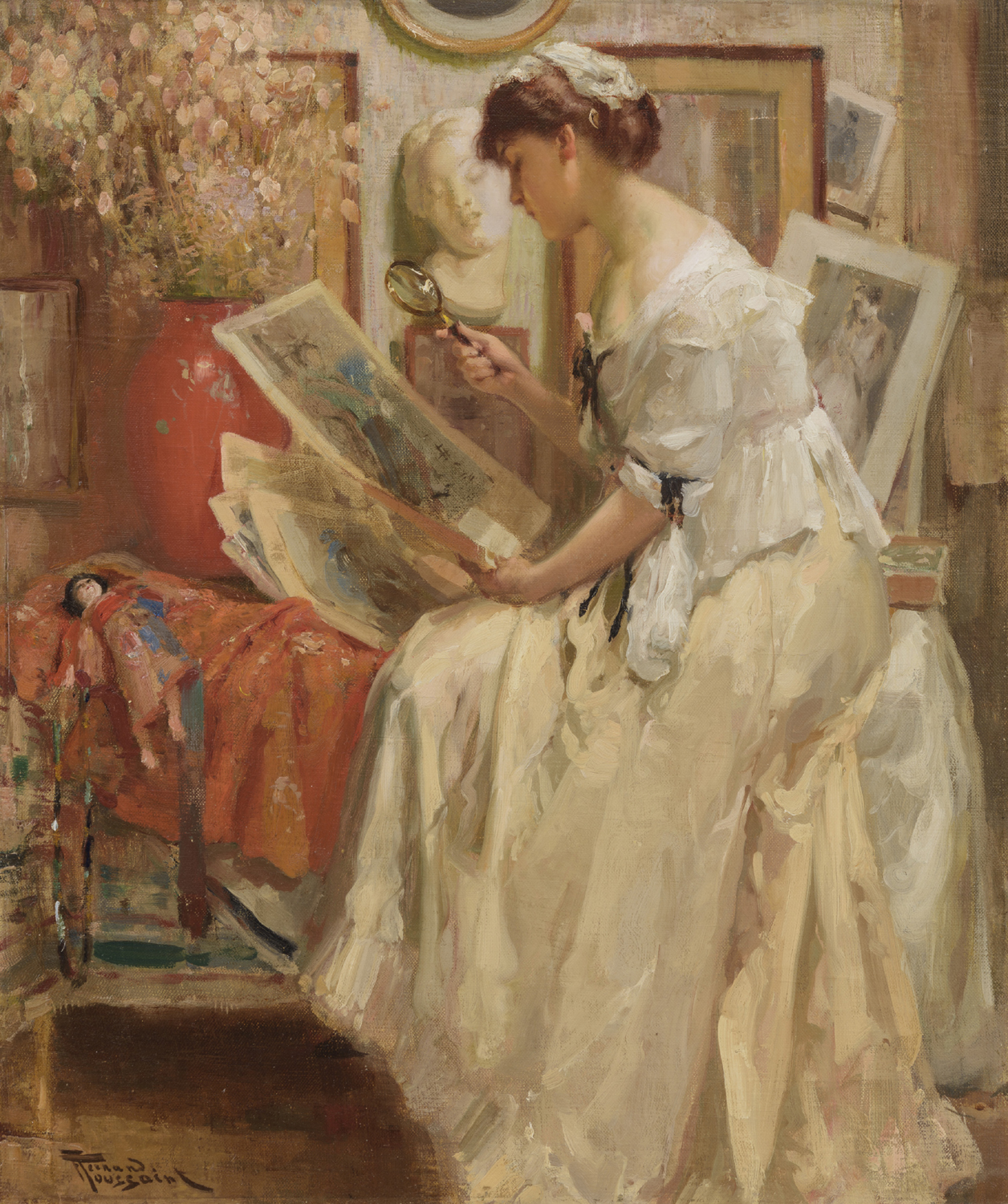 An elegant lady with Japanese prints 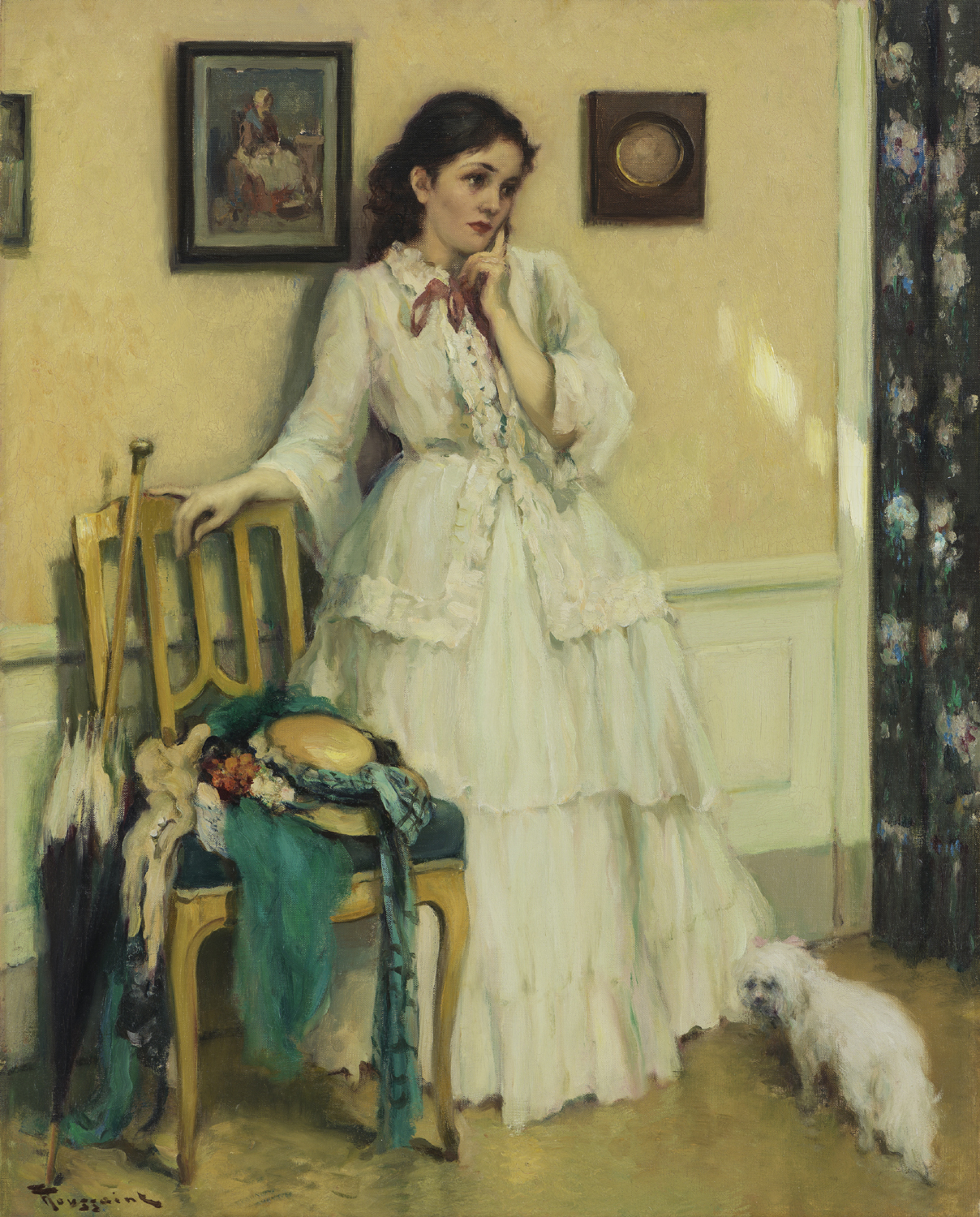 An elegant lady in an interior 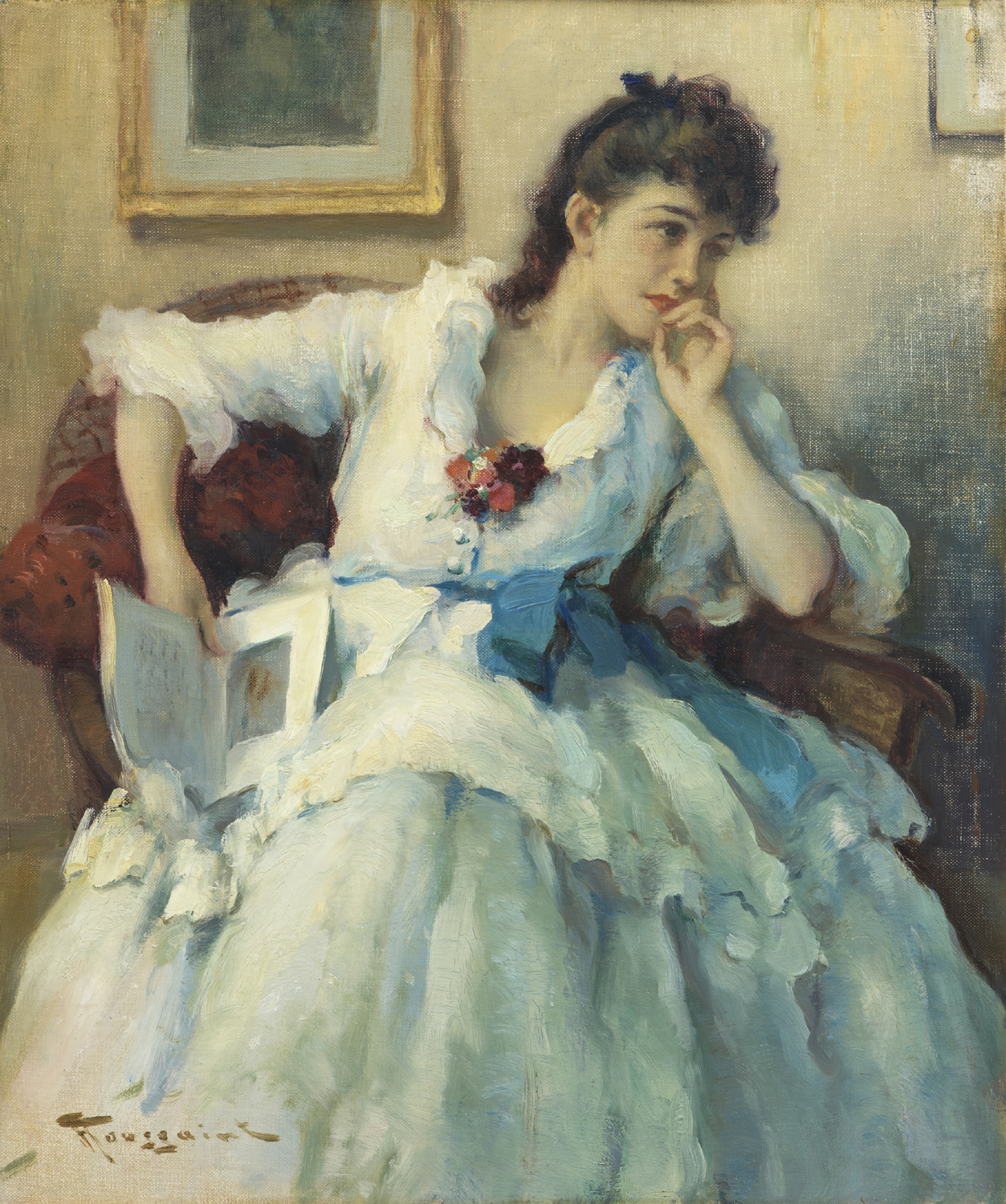 A young lady in a white dress 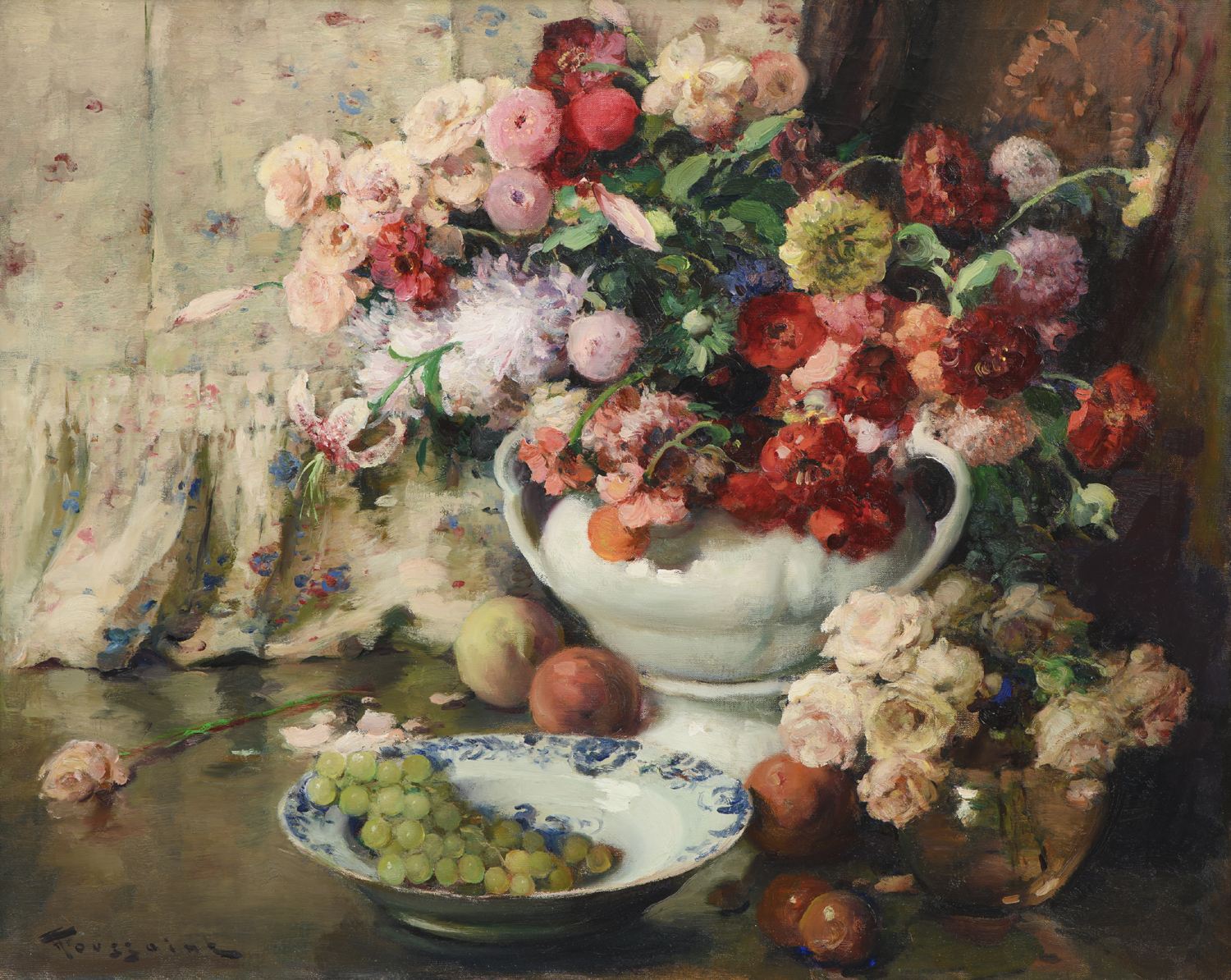 A still lifew with flowers and fruit 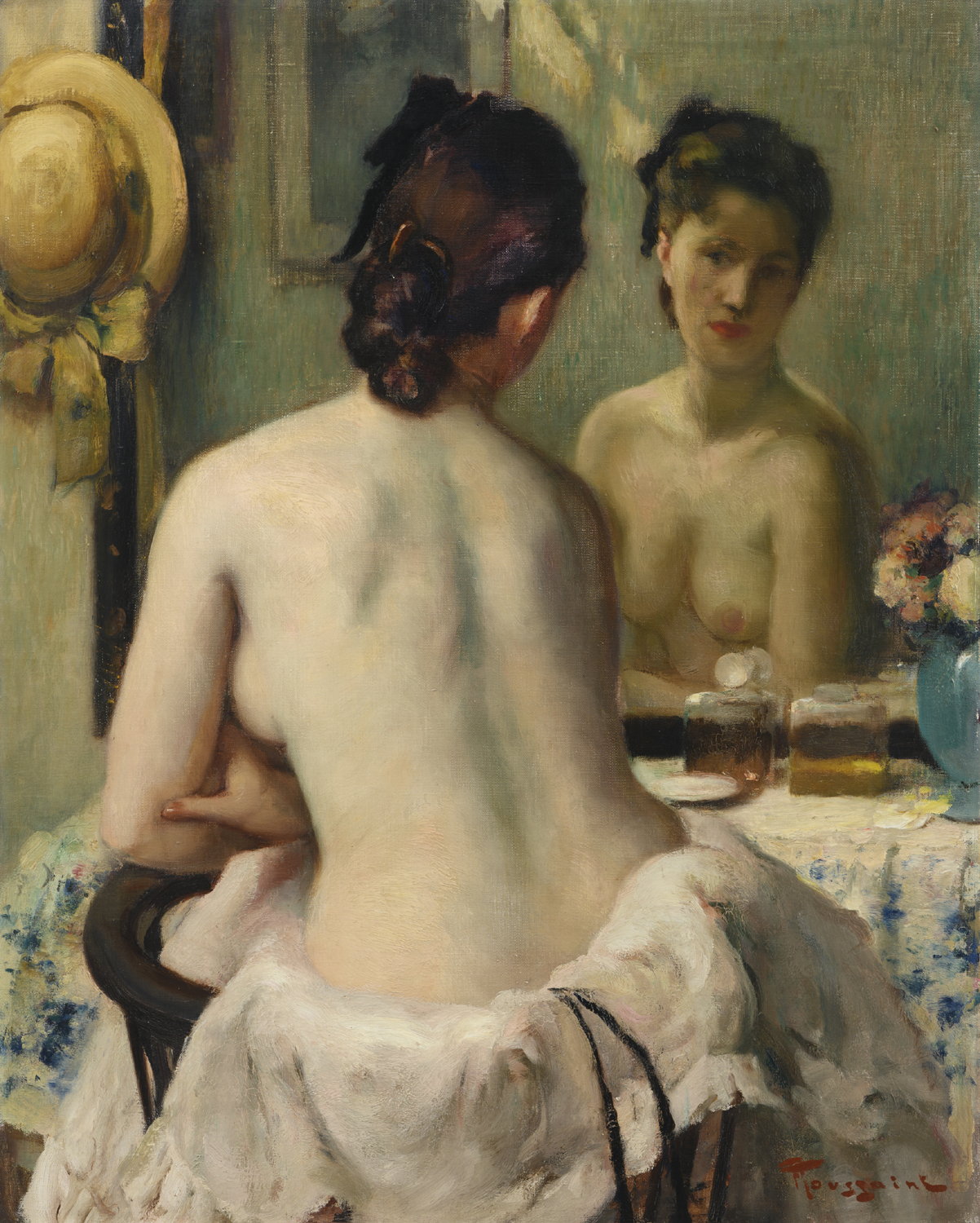 Nude seated before the mirror