Constant Artz was the son of David Adolphe Constant Artz, a Hague School painter who is mostly known for his scenes from the fisherman’s life. Constant was born in Paris in 1870. His parents had been living there for quite some time. In that time many Dutch artists stayed in Paris for shorter or longer periods. This is no surprise, as Paris was the centre of the world of arts; all new artistic developments then came from Paris. Father Artz shared a studio there with Jacob Maris and his brother Matthijs Maris visited almost daily. It is therefore not unlikely that this was the time young Constant, back then only only a few years old, first met Willem Maris, the youngest of the three Maris brothers.

In 1874 the Artz family moved back to The Hague. Because Constant, like his father, proved to have an artistic talent, he was signed up for the Academy of The Hague at age twelve. In 1899, after his academy education, he started to study with Tony Offermans. Although he also painted a few genre scenes, cityscapes and still lifes, Constant Artz decided focus on Dutch landscapes with ducks in the water. There is a fair chance that Artz was impressed by the ducks of Willem Maris and that this led to his decision. Next to his own painting Artz was also a drawing teacher.

By far the majority of Constant Artz’s oeuvre consists of intimate scenes with ducks. Usually there is a mother duck with her chicks, sleeping on the waterfront or swimming calmly in the water. On the bank willows or birch trees can often be found, their white bark easily recognisable. Artz painted his subjects with a smooth, impressionistic touch, with a keen sense for colour and light. His paintings, often relatively small, stand out through their gentle appearance and are popular with a large audience.

Paintings by Constant Artz in the collection of Kunsthandel Bies: 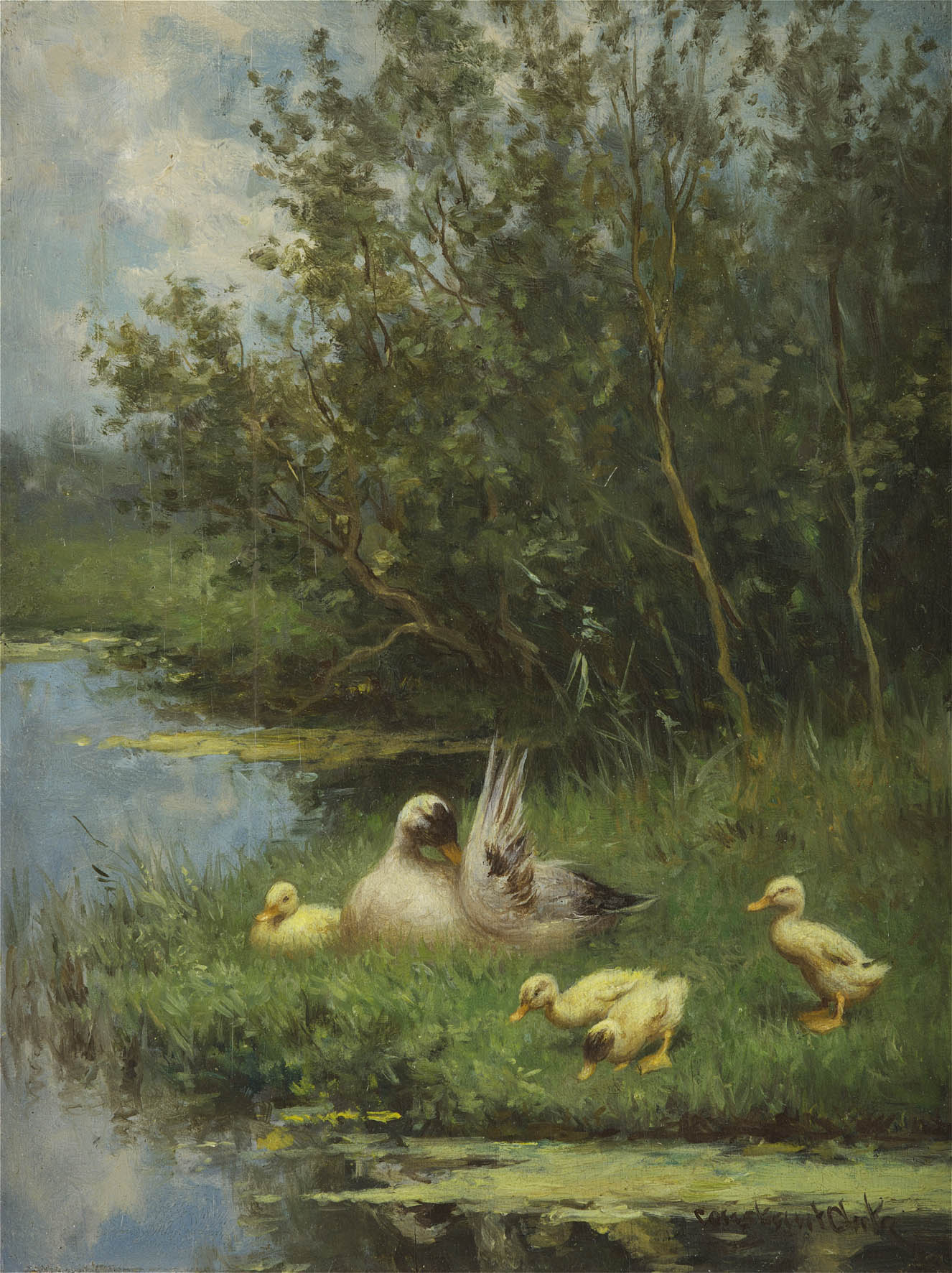 Duck and ducklings by the river

Ducks and ducklings on a river bank