In the early 19th Century, the city of The Hague was the cultural epicenter for Dutch Romanticism. It produced two of its key figures, who notably were also relatives: cityscape painter Bart van Hove (1790-1880) and his coursin Andreas Schelfhout (1787-1870), famous for his landscapes and ice scenes. Althought Schelfhout’s reputation appears to be far greater than that one any other painter from The Hague, the importance of Bart van Hove should not be underestimated. Van Hove was considered as one of the best painters of his time. He had many pupils, including famous artist as Johannes Bosboom, Charles Leickert and Jan Hendrik Weissenbruch. Van Hove was co-founder of art society Pulchri Studio. According to the Kunstkronijk from 1847 he, together with Andreas Schelfhout and Hendrik van de Sande Bakhuyzen, should be noted as ‘those who raised the art of the end of the previous [the 18th century] and the start of the present century [19th century] from its compressed state and gave it a free and independent direction’.

Paintings and watercolours by Bart van Hove in the collection of Kunsthandel Bies: 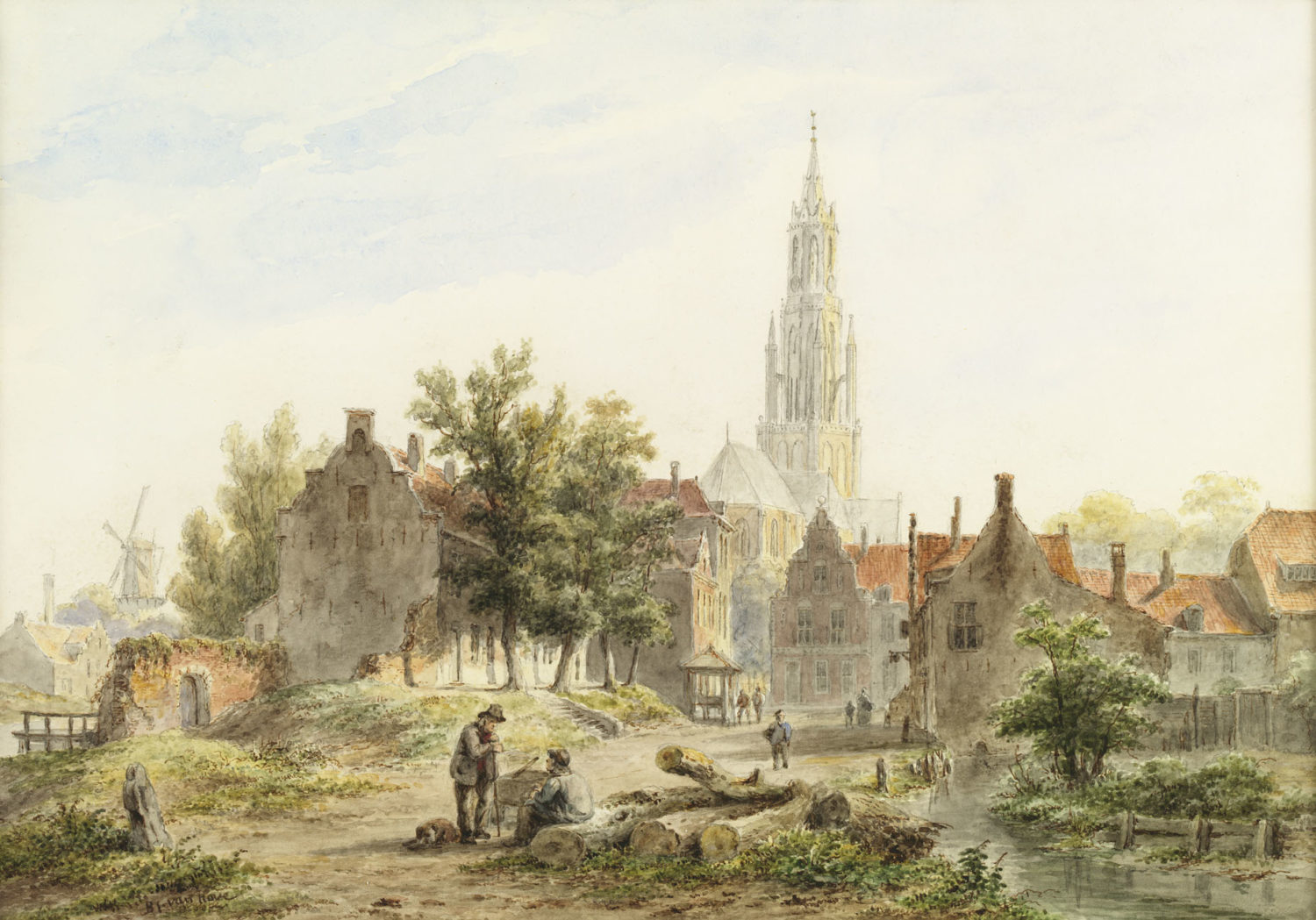