Adrianus Johannes Groenewegen is considered one of the last representatives of the Hague School. He was a student at the Academy of Fine Arts in Rotterdam, his city of birth. Groenewegen lived and worked in Rotterdam until 1898 and subsequently in The Hague. In 1922 he moved to Budel in the Dutch province of Noord-Brabant and stayed there for the rest of his life. He died at the respectable age of 88.

Groenewegen painted mainly typical Dutch landscapes, often with figures and cattle. He also painted interiors with farmers, river views, still lifes, portraits and animals. During his career, many of his works sold abroad. Numerous paintings and watercolours of landscapes with cattle were exported to England, Scotland, Canada and the United States of America.

Works of Groenewegen were shown at exhibitions in Amsterdam, The Hague, Rotterdam, Arnhem and Leeuwarden, especially in the period from 1901-1910. These concerned mainly landscapes with cattle.

Paintings and watercolours by Adrianus Groenewegen in the collection of Kunsthandel Bies: 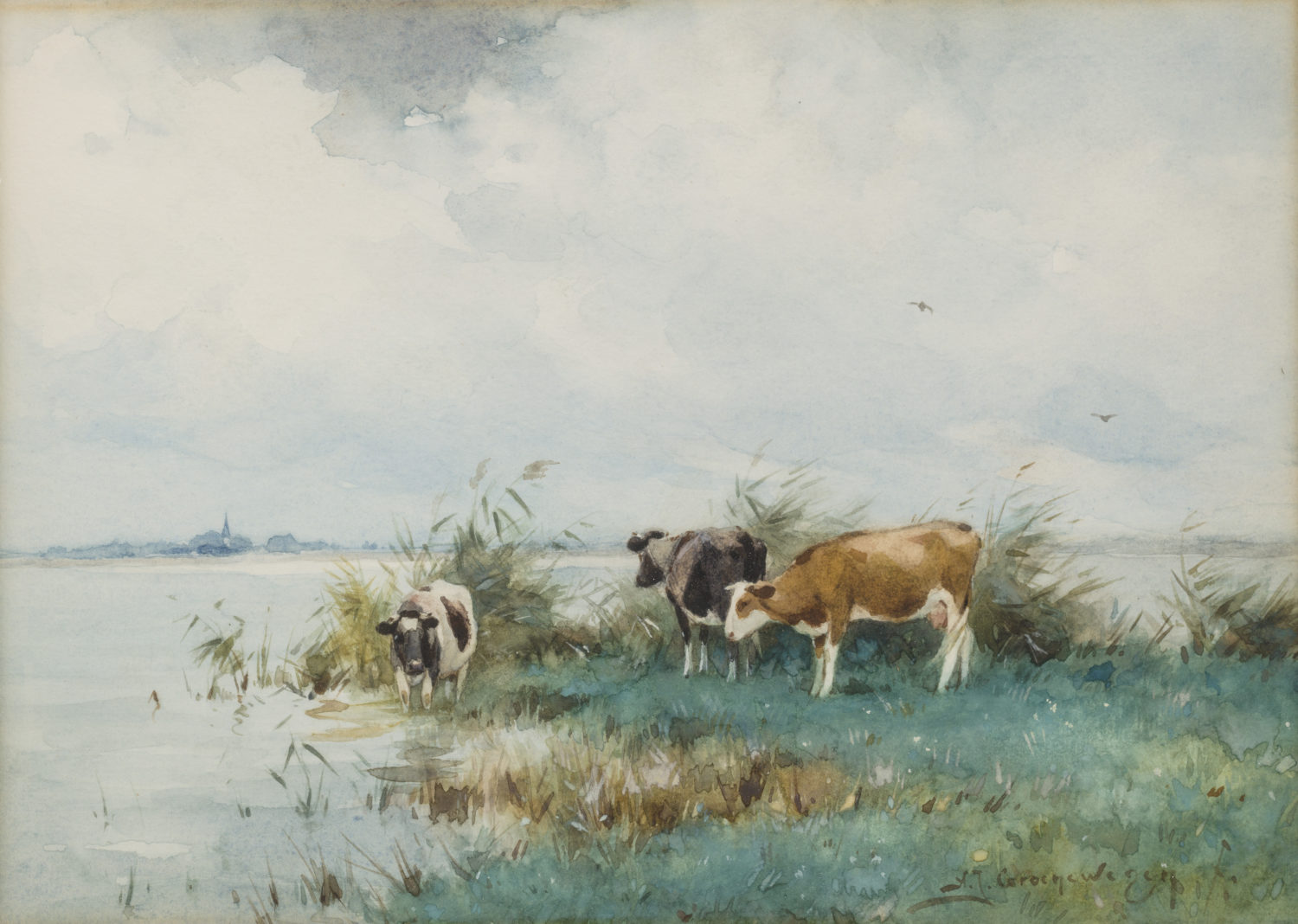 Cows near a stream