According to the publication Penseelprinsessen & Broodschilderessen by Hanna Klarenbeek (Bussum, 2012), about the position of female artists in the Netherlands between 1808 and 1913, in the 19th century, as well as 6200 male artists, there would have been approximately 1100 female artists. However, at that time, it was not customary for women to earn a living from painting. Financial matters were still considered as a matter for men to take care of. The fact that Adriana van Ravenswaay frequently took part in Exhibitions of Living Masters that were organized in various cities, shows that she must have had a serious career as an artist. Other examples of famous female artists in the history of Dutch art are Gerardine van de Sande Bakhuyzen (1826-1895), Adriana Haanen (1814–1895) and Margaretha Roosenboom (1843–1896) – it was no coincidence that they were all daughters and/or sisters of already established painters.

In around 1850, interest in the work of female artists increased. More was written about them, they exhibited more often and were also gradually admitted to the art academies. Adriana, the sister of the landscape painter Johannes van Ravenswaay (1815-1849), was probably taught by her uncle Jan van Ravenswaay (1789-1869), who was also a painter. Adriana, who remained unmarried, lived and worked in Hilversum and between 1848 and 1871 exhibited in Utrecht, Groningen, Leeuwarden, Amsterdam and The Hague. The works of Adriana, with the main focus on finely painted still lifes of flowers and fruit, are still sold throughout the whole world, not just in the Netherlands, but also in England, Germany, Austria, France and the United States.

Paintings by Adriana van Ravenswaay in the collection of Kunsthandel Bies: 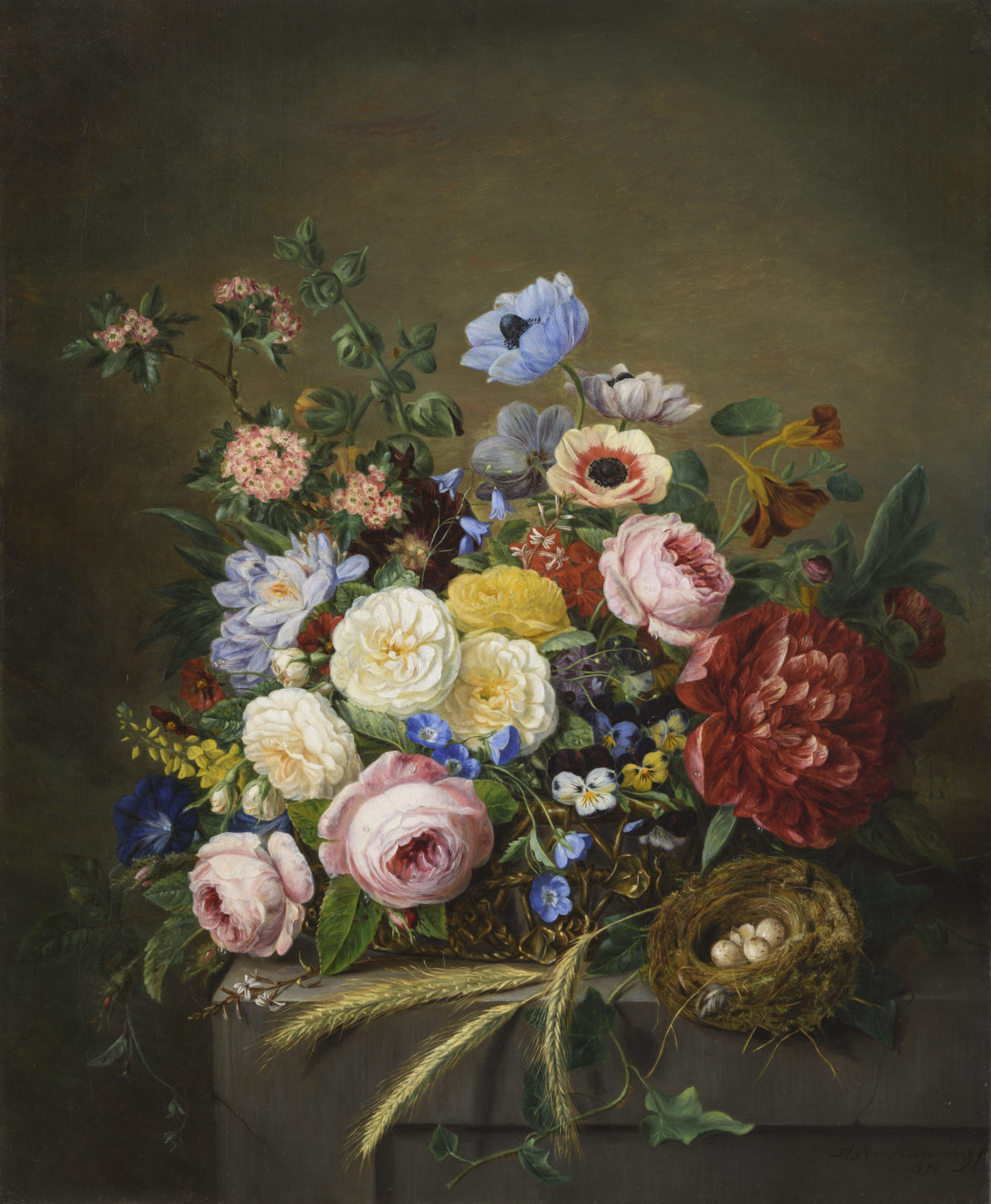 A still life with flowers and a bird’s nest