In 1925, Anthonie Pieter Schotel moved from his birthplace of Dordrecht to the picturesque fishing village of Volendam, which had grown to become an authentic artists’ village. There, Schotel could make full use of his favourite subjects: water, ships and clouds. Volendam is located near the former Zuiderzee, where fishermen fished for saltwater fish such as herring, anchovy and cod. Massive wooden ‘botters’, authentic fishing vessels, were used for this purpose and Schotel was totally fascinated by them. It is a fact that he always portrayed the various types of ships very accurately. And although he had very good visual memory, he even had a scaled model of a botter made, complete with sails and rigging.

Despite the fact that other artists sometimes sat in a little boat to gain a viewpoint from the water, Schotel did not dare because he could not swim. This is why he placed his easel at the harbour or on the dyke and painted the arriving or departing botters. Sometimes, practically none of that harbour can be seen in his paintings, apart from a part of the quay or a few mooring posts, in order to give the composition some more dynamism. From the daring cut-offs of his subjects, it is evident that the artist was also influenced by photography (and he also owned a camera himself). Schotel did not shy away from only portraying half of a botter, ‘tjalk’ or a jetty.

During his earlier period, Schotel experimented with form, colour, style and technique. However, from approximately 1920, he simplified his subjects a bit. Now the atmosphere was the main focus: the atmosphere of the sky and the vast water. His impressionistic brushstrokes became shorter, the paint more thinly spread, the use of colour more harmonious and more nuanced. This resulted in more serenity in his paintings.

A large retrospective devoted to the painter ‘A.P. Schotel’ was organised in 2012 by the Museum of Dordrecht.

Paintings by Anthonie Pieter Schotel in the collection of Kunsthandel Bies: 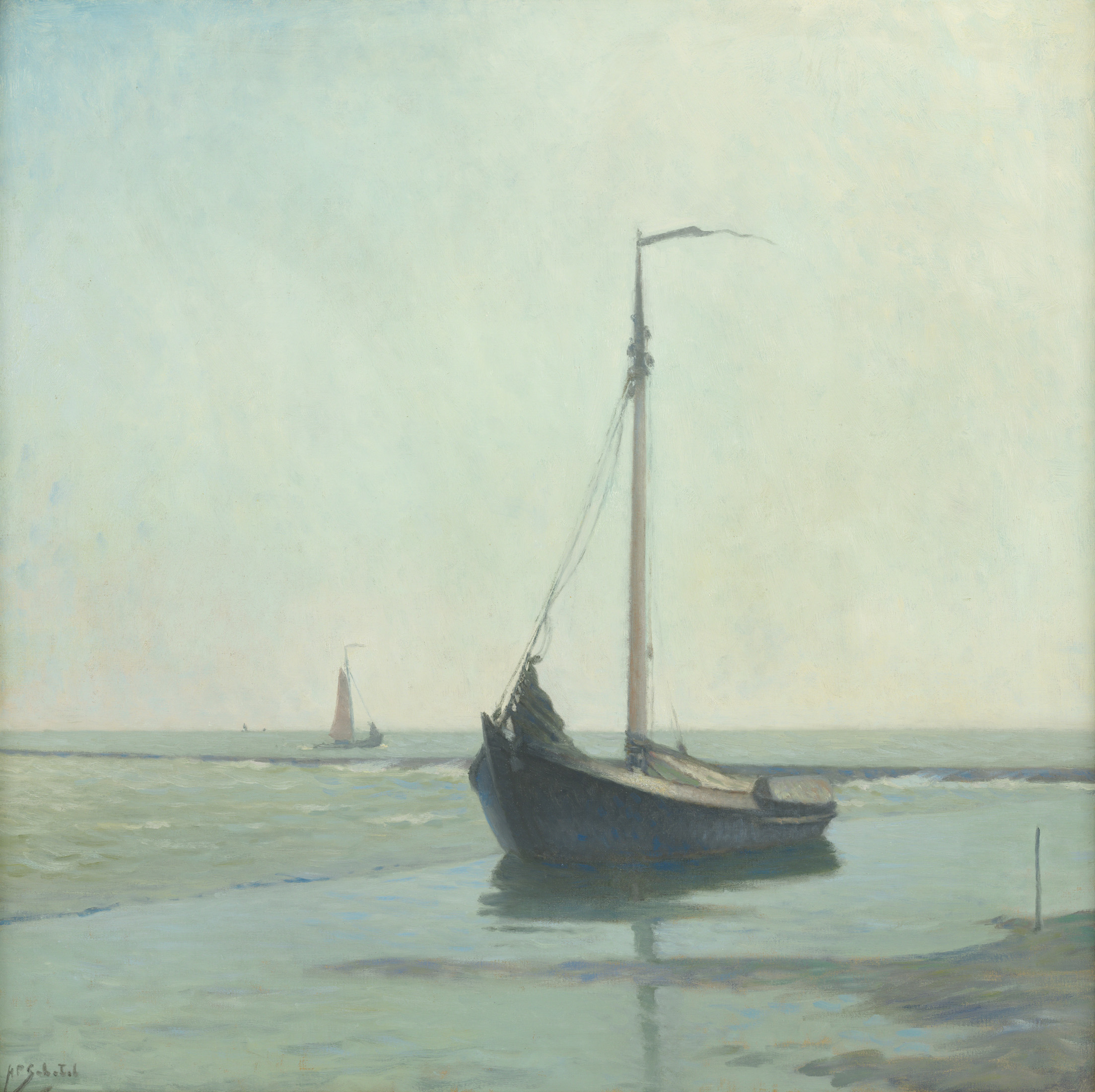 A fishing boat near Enkhuizen 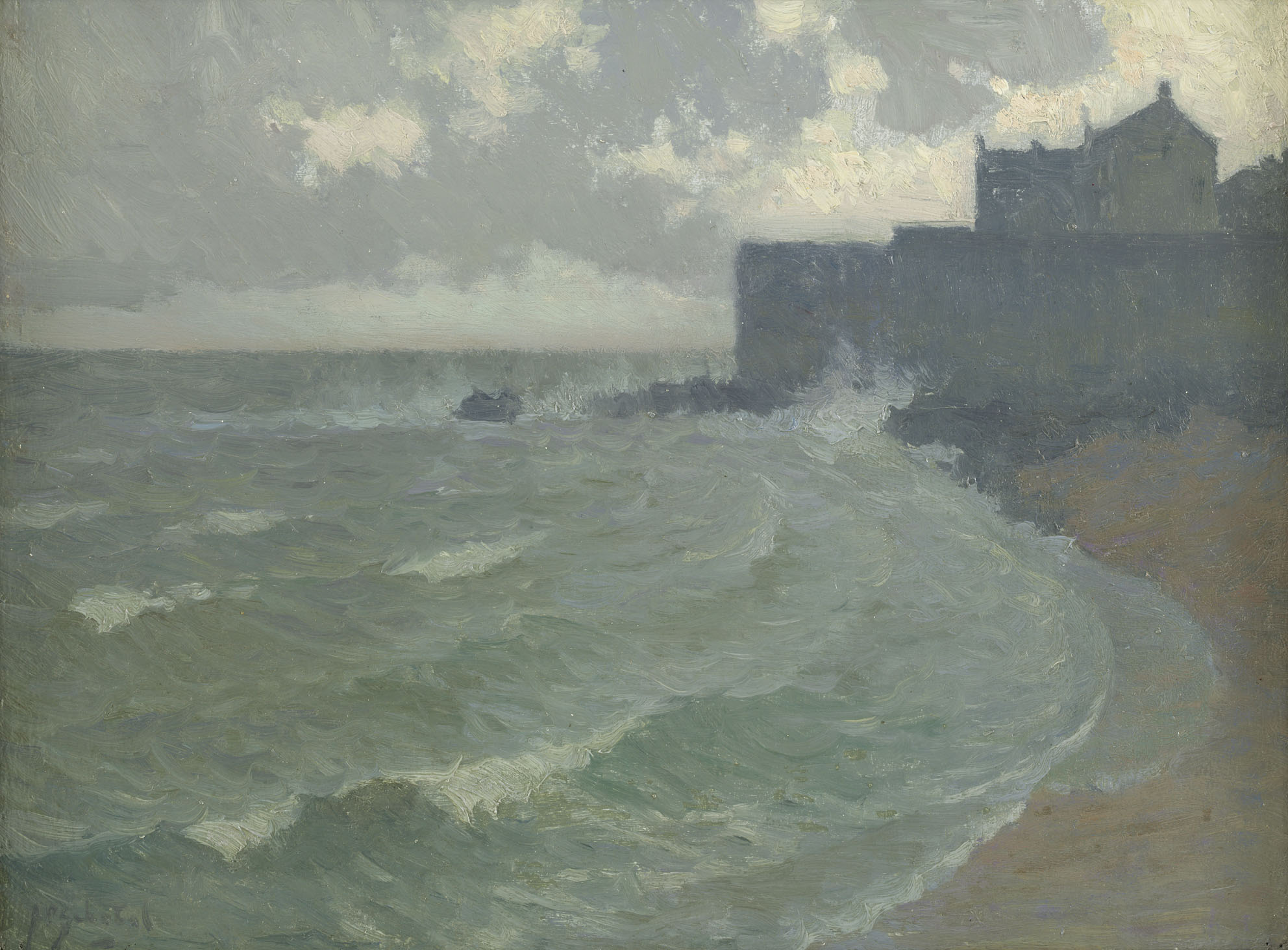 The harbour of Rotterdam 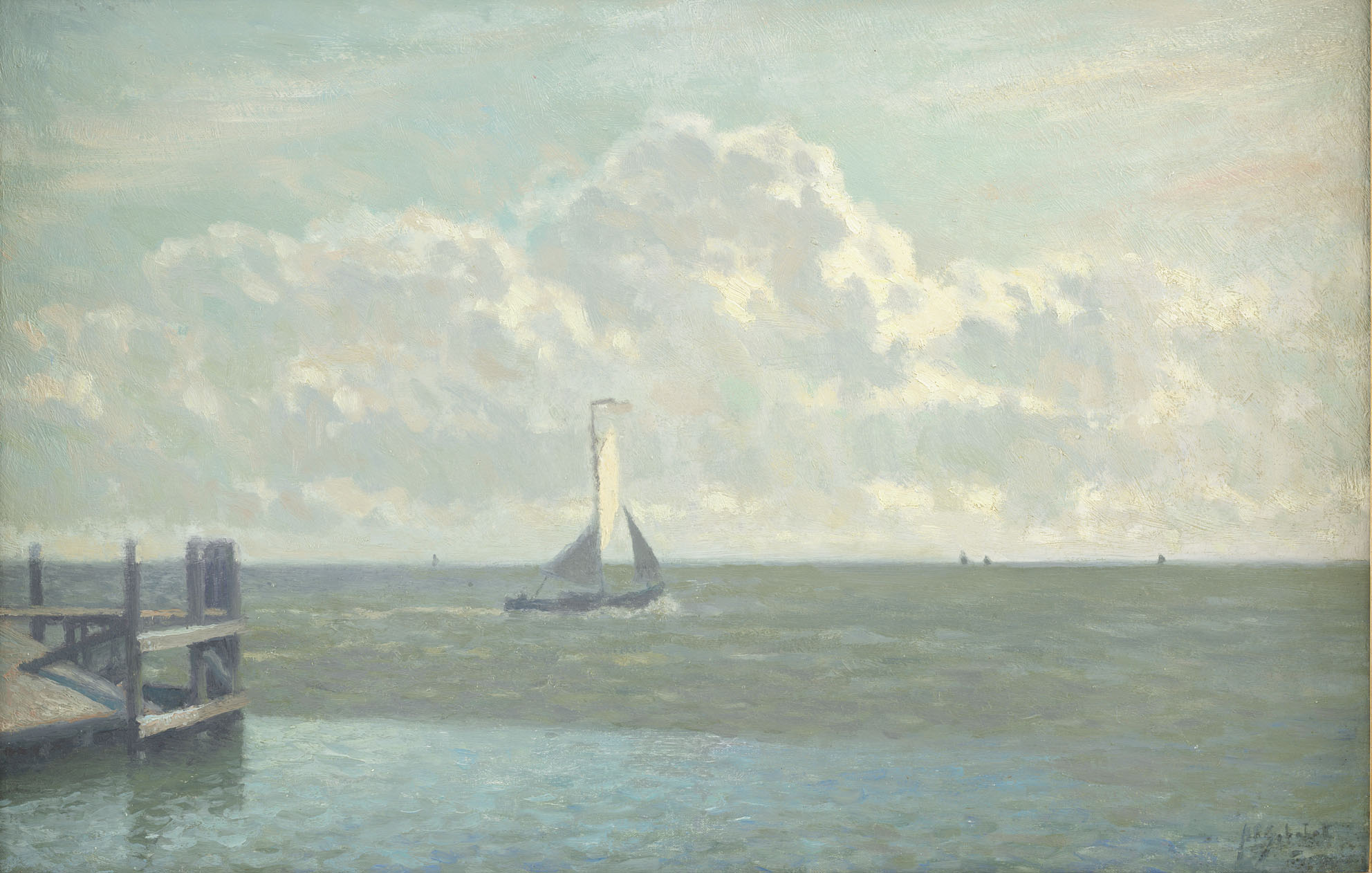 A sailing boat at the Zuiderzee with a grey sky