Narrative interior scenes, that is the genre David Bles became known for. Bles started his education at the Academy of The Hague. Afterwards he worked with Alexander Hugo Bakker Korff and Herman ten Kate in the studio of Cornelis Kruseman, a famous painter of portraits and historical scenes. Unlike Bakker Korff and Ten Kate, who also made interior scenes with figures in historical clothing, Bles’ paintings are meant to visualise a story. His works have titles that fuel the imagination, such as ‘The flirtation’, ‘The love letter’ or ‘The widow’. Subjects are often anecdotal or slightly satirical and everyone can understand what is going on. Moreover, there is often an element of tension, as his scenes suggest that either something has just happened or something is about to happen.

Bles frequently found inspiration in literature. He painted a scene from the acclaimed play The imaginary invalid by Molière (1622-1673). He also depicted proverbs and mottos from the poems by Jacob Cats (1577-1660) and Hieronymus van Alphen (1746-1803). In the case of The imaginary invalid the spectator is actually already aware of the entire story and is being reminded of the comical antics of the protagonist, Argan.

When Bles went to a costume ball in 1844 he became fascinated with 18th century costumes from the period of Louis XVI. Thereafter he dressed all figures in his genre paintings in this historical attire. It turned out to be a good choice, because from that moment his paintings were in great demand in the Netherlands and beyond. At the 1855 Brussels World Exhibition he won the gold medal and his customer base included King Willem II of the Netherlands.

Paintings by David Bles in the collection of Kunsthandel Bies: 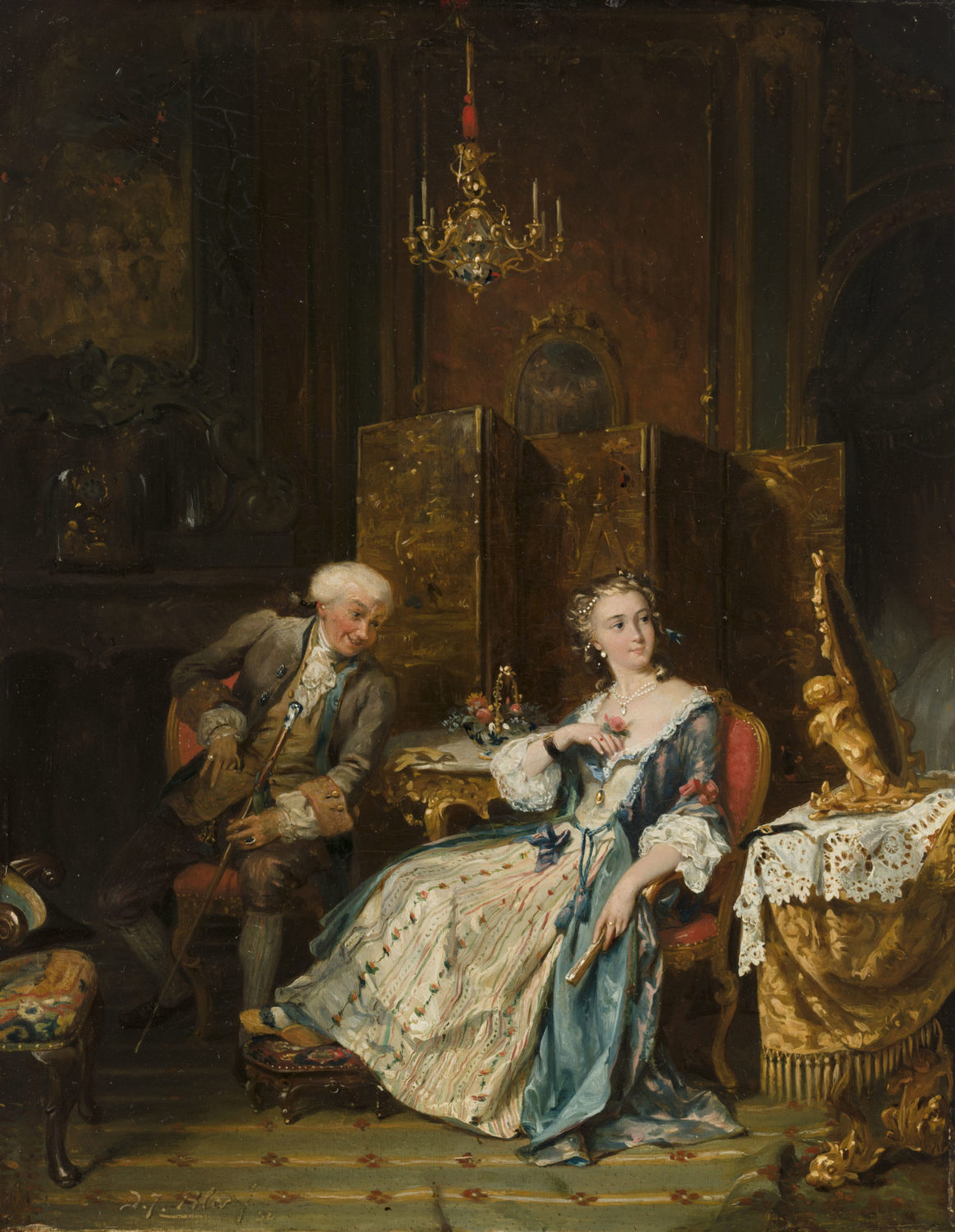